I'm continuing my ABCs of plants in my garden series with Hesperaloe parviflora.  You can view the others in the series on my sidebar. 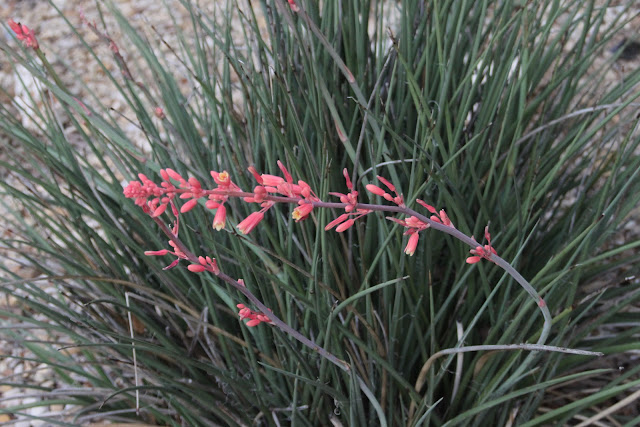 This Texas native is one tough plant.  These hesperaloes were here when we purchased the house in 1995.  I wrote about reworking the original plants in this earlier post.  They have survived in direct sun for up to 10 hours a day in summer without supplemental water for most of the 20 years in this spot.  They are cold hardy in zone 8 and don't seem to mind our occasional torrential rains either. 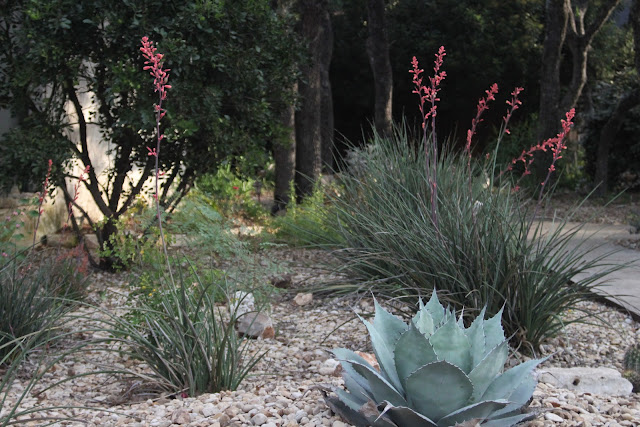 Commonly called Red Yucca it is actually a member of the agave family.  Soft arching leaves resemble ornamental grasses and are not as pointed or sharp as most agaves. 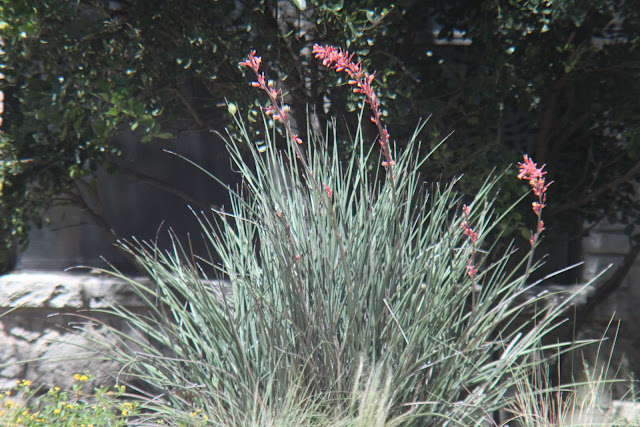 The plant spreads and is easy to divide and transplant, hardly missing a beat.   When we recently planted them in the new landscaping along the driveway we simply divided the existing ones for free plants. 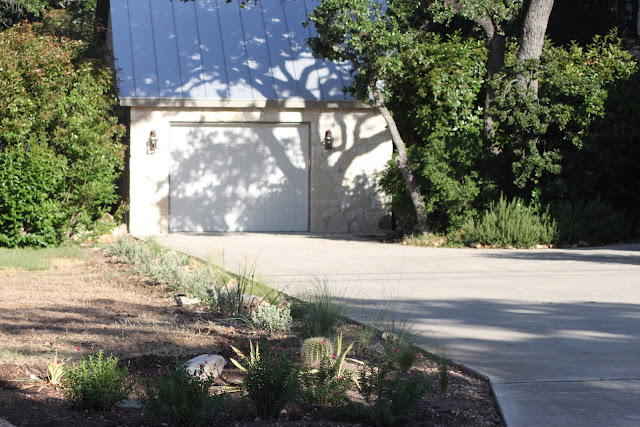 It's hard to see them here along the driveway because the deer have snapped off the blooms even though they don't eat them.

Although they do best in sun, Hesperaloes can take a little shade but will flop over toward the sun and not bloom as well.

Though it does take on a nice violet hue in winter, the summer bloom season is when this plant really shines.  The coral flowers have a yellow edge and attract hummingbirds. 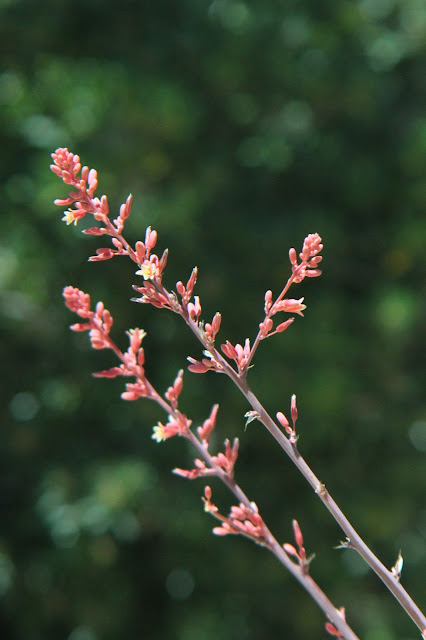 The flowers open in the sun and close in the evening 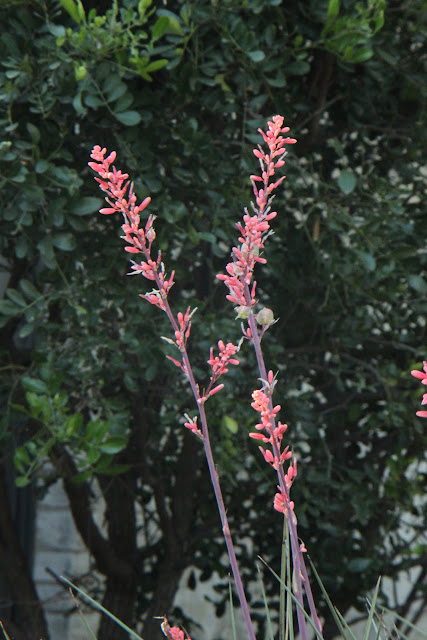 The green seedpods will turn to brown and are unattractive so I remove them by cutting the stalk. 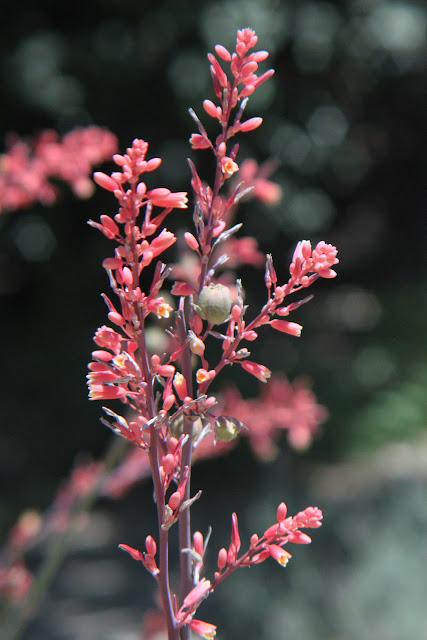 The weather this year caused some of the dropped seeds to sprout along the edges of the bed.  I haven't seen seedlings here before and I will dig them out to transplant or share. 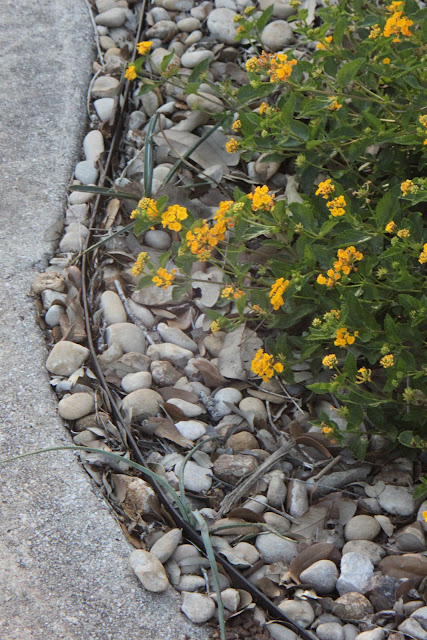 Self-cleaning like many xeric plants, the dead leaves eventually fall or can be easily pulled from the plant when they turn brown. 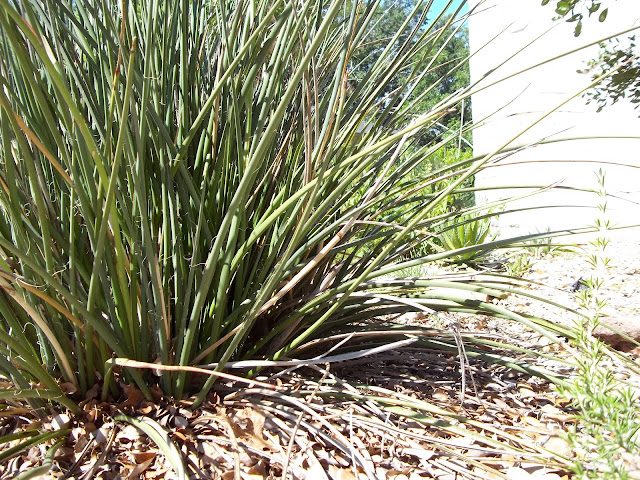 Hesperaloes are available in at least two other colors-- yellow, which looks great against a wall and the bright red 'Brakelights'.  Since we already had so many of the coral, I decided to stick with the same color across the front but might add the others in the back where I enjoy mixing it up a little more.

There's a Giant Hesperaloe available.  You need a lot of room for it as here at The Antique Rose Emporium. 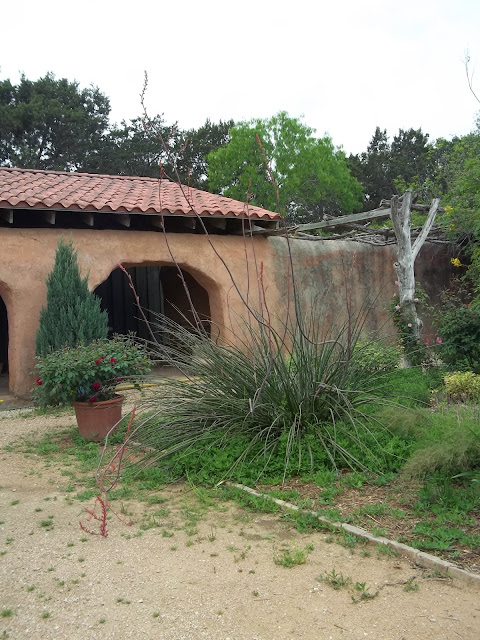 Several years ago I considered replacing them.  That was before two years of drought changed my mind.  Hesperaloe parviflora is a great landscape plant for those hot, dry spots.
Posted by Shirley Fox at 2:36 PM