This appears to be the week all our cacti decided to bloom and it's been a banner year.  They seem to be competing with one another, and the latest is this Escobaria vivipara with multiple bright pink blossoms.  It was relocated from my brother-in-law's place near Tijeras, New Mexico, just east of Albuquerque. 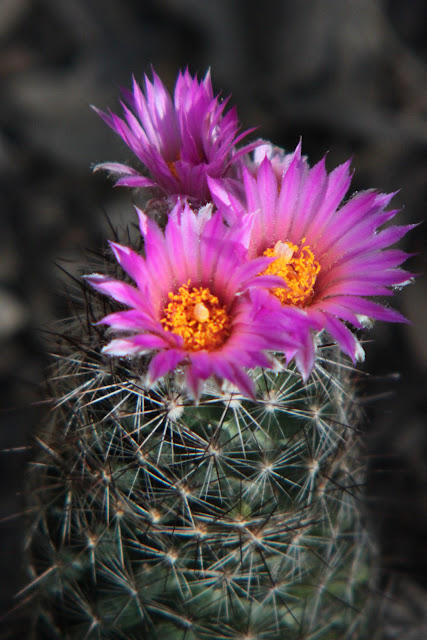 It's known by several common names, but my favorite is Foxtail Cactus.  We have been happy to have these in our yard for nearly three years now.  I know it's definitely hardy as it gets far colder on the east side of Sandia Peak than it does here. 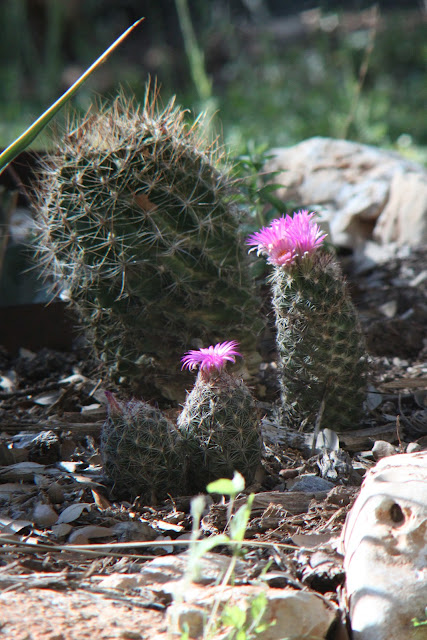 Also note the unusual spiral cactus in the background which remains unidentified.  The cactus collection is growing quickly now since the drought increased my appreciation of cactus in the garden.
Posted by Shirley Fox at 10:08 AM