Up in Pennsylvania the big news is all about Punxsutawney Phil and his Groundhog Day prediction of an early spring.  When I was growing up in sub-tropical Houston I thought it was an odd story and wondered why anyone would want winter to end early since our February weather was pretty nice.  The rare snowfalls and icy days we experienced seemed like fun to me and a nice break from our typical heat and humidity.  I married a Pennsylvanian, learned to drive in bad weather and spent the next 30 years in very cold places like the upper midwest and New England before returning to Texas for good a few years ago.

Groundhog Day in San Antonio means I'd better get busy and finish my big garden projects because it will soon be too hot to build new border beds or a fence.  Our record high for February is 100F/38C and the low is 4F/-15.5C, not in the same year but it could have been.  In the summer the trend reverses because by July gardeners up north will be out enjoying their gardens and we will be focused on indoor projects to beat the heat.

We have two large projects on the spring agenda this year.

First up is replacing the fence on the north side of the house and extending the perennial border around the buffalo grass lawn in the back yard.  The old fence was removed earlier in the week and we'll be out there soon putting in the new one.  We'll enjoy this view through to the front yard with the open fence while the trees make it quite private on this side. 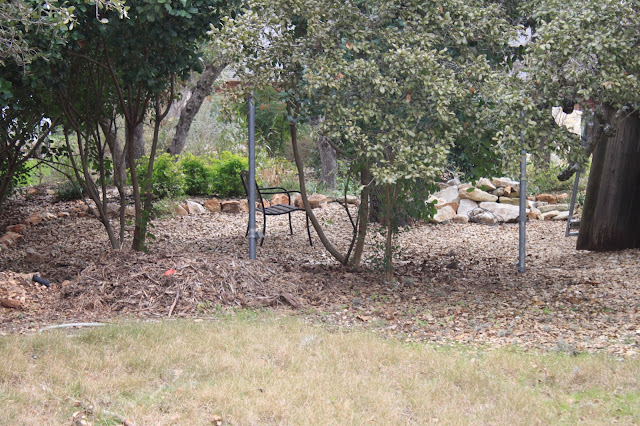 Those are the new fence panels leaning against the wood fence on the right. 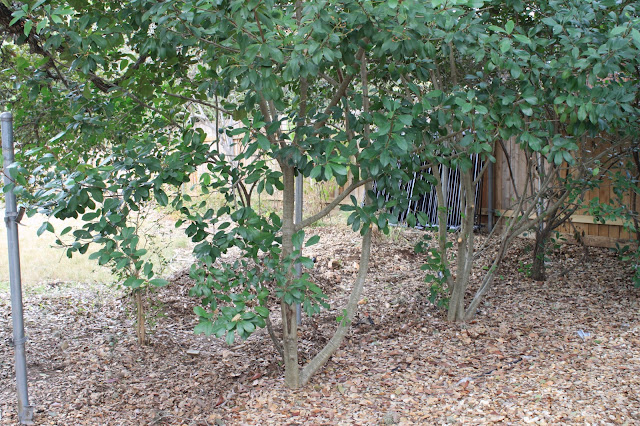 The new fence is already installed in this area between the house and detached garage which will be paved with flat stones.  Groundcover and grasses will be planted in spaces between the stones.  We have allowed horseherb, a native groundcover, to grow in here for about two years which paid off because when I began to remove it last week hundreds of worms turned up indicating the caliche clay soil has begun to break down.  The roughed up area will become a stone-lined creek for excess runoff from the driveway to the creek below the house. 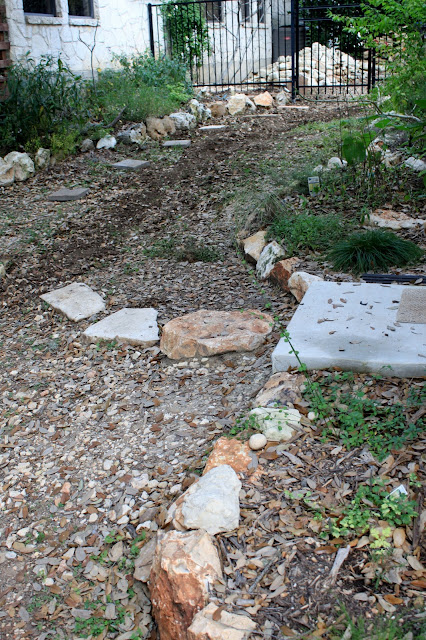 Then there are the do-overs or "re-gardening" as I like to call it.

This year's do-over is the perennial garden to the north of the front walk.  I have been planting flowering perennials there for several years, but it's too shady in summer so they rarely bloom and it just looks jumbled most of the time.  The photo below is the best it looked all last year. 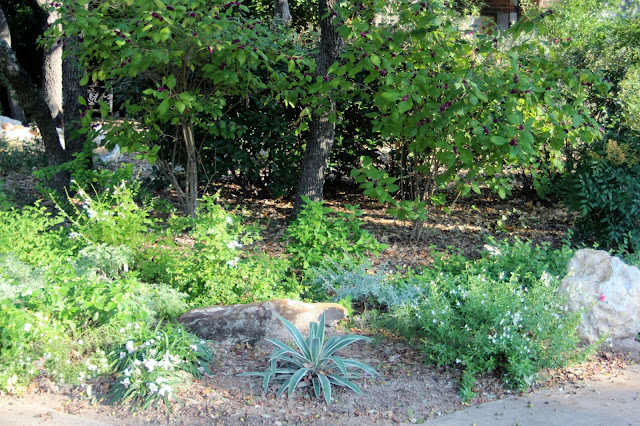 The perennials will gradually be moved to new borders in the back and this area will be planted with small agaves and grasses or groundcover similar to gardens I saw on tour in Austin last fall.

Christy Ten Eyck used grasses with agaves at her Austin home.  The deep green is sedge with a few Nasella tenuissima along the path. 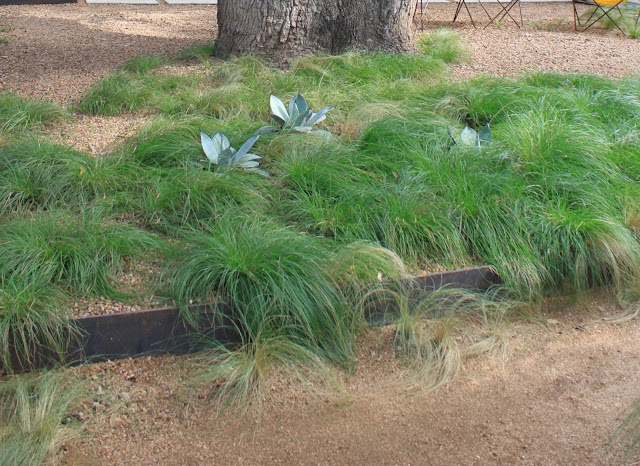 Curt Arnette of Sitio Design used Dichondra 'Silver ponyfoot' in this planting at the Mt. Bonnell garden in Austin. 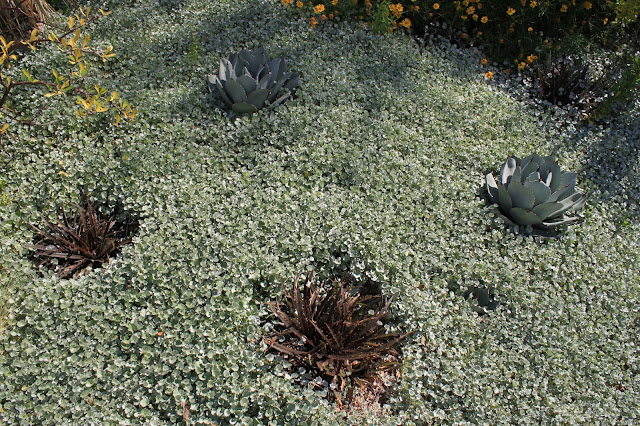 I like both these ideas and think this will look more pulled together for the front walk.  I've already begun clearing the spot leaving the existing Agave angustifolia in place and as soon as I decide between groundcover or grasses we'll begin planting.... 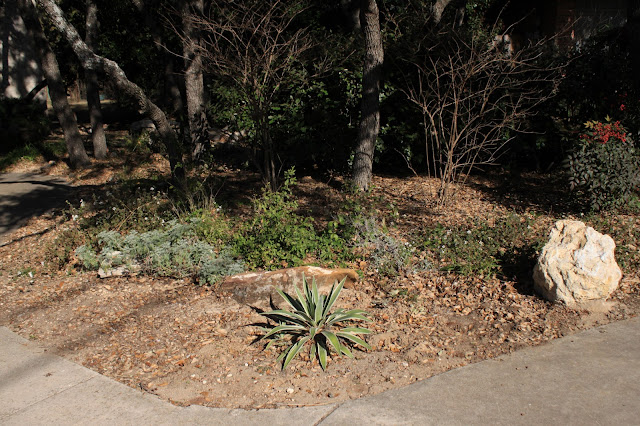 .....right after we finish installing the fence and putting the stones down in the side yard.
Posted by Shirley Fox at 10:34 AM