It was standing room only at The Natural Gardener in Austin yesterday as Pam Penick, local author and award-winning blogger at Digging, discussed her new book Lawn Gone! which was released on February 12th.  The audience was in for a treat as she is both entertaining and informative.  Pam had their attention as she discussed trading in the traditional lawn in favor of options covered in the book such as groundcover, perennials, and hardscape. 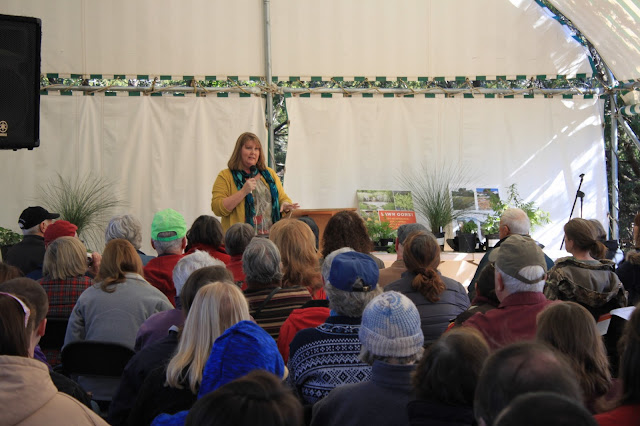 The overflow crowd continued around three sides of the tent!  Going lawn free in the Austin area generates lots of interest. 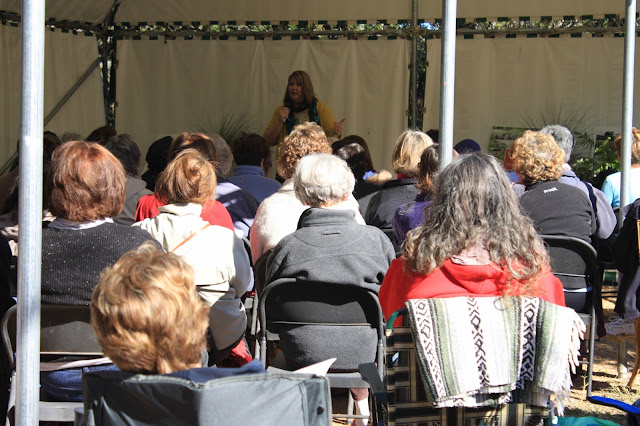 After Pam discussed ideas from her book she engaged in a thought-provoking question and answer session with the audience. 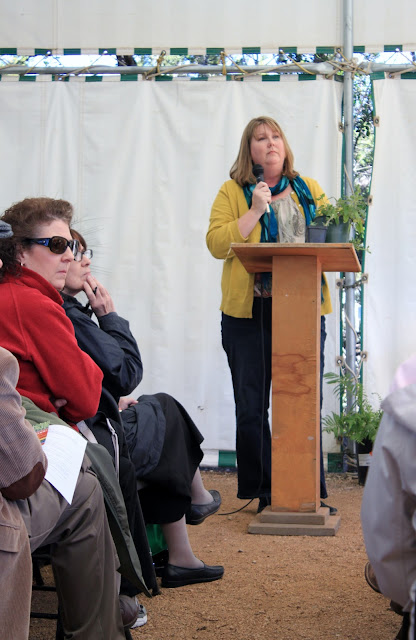 A crowd gathered around the display of recommended plants after the session.  That's Linda of Patchwork Garden down at the far end of the table holding a copy of Pam's book.  It was fun meeting Linda and other local bloggers including Jenny of Rock Rose. 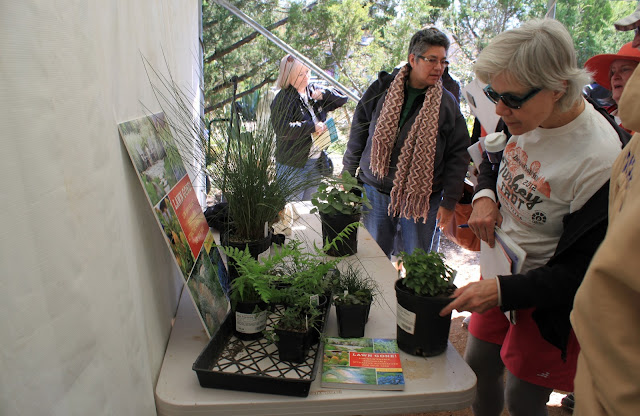 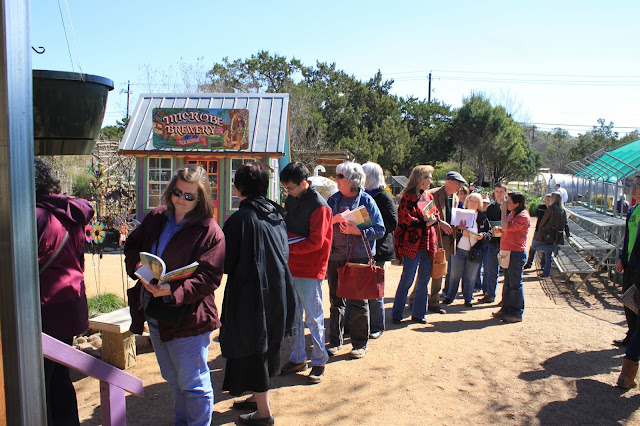 Pam signed books against a backdrop of metal art 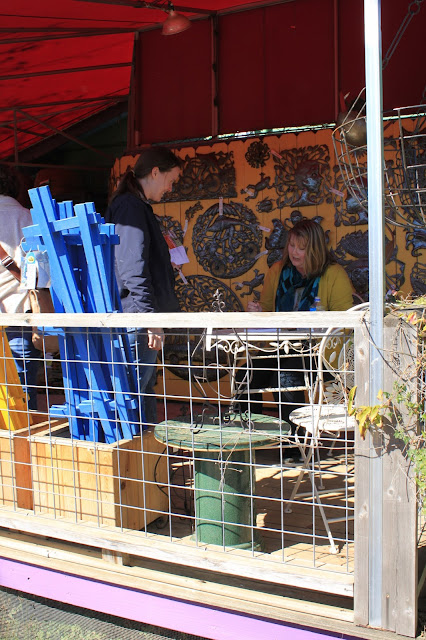 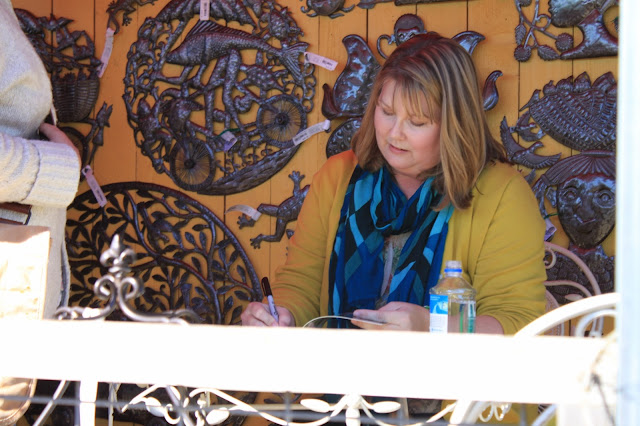 After managing to snag one of the last copies available I got in line too. 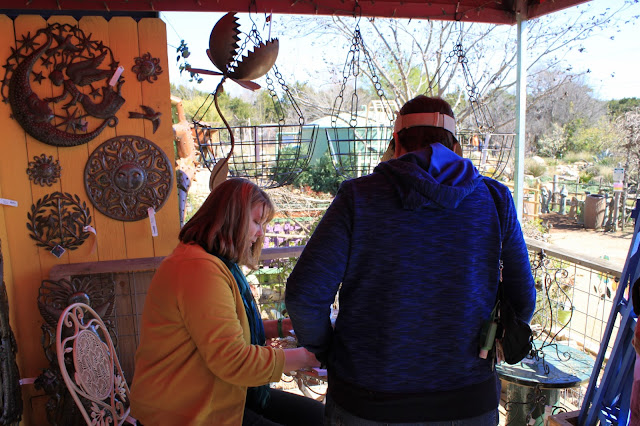 Pam had a few minutes to chat with local bloggers when she finished signing. Then it was time for plant shopping at The Natural Gardener.  More on that later.

It was a very nice event.  Congratulations to Pam Penick on a successful book launch!
Posted by Shirley Fox at 8:51 AM