Deer can do a surprising amount of damage to the garden in a very short time.  For the most part I deal with the presence of deer in the garden by selecting plants they don't like.  That doesn't mean deer won't damage "deer resistant" plants--they just sustain less damage than other plants.

One "deer resistant" plant is Hesperaloe parviflora or red yucca.  Deer don't eat the leaves or blooms, but they seem to enjoy snapping the buds off.  It's annoying, especially since they drop the pieces on the ground and walk away.  What a waste! 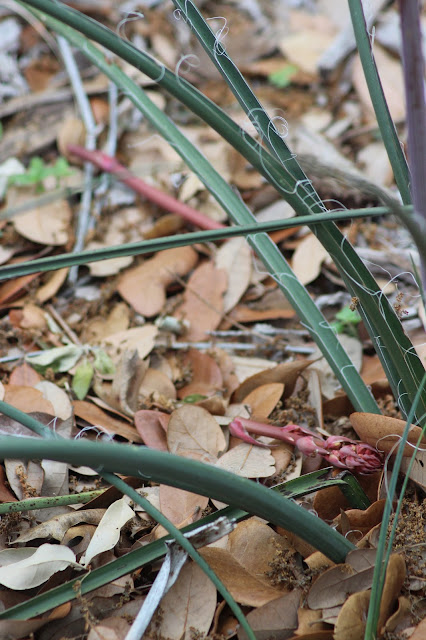 When I saw the above damage last spring I decided it was time to consider a deer repellent.  There are a number of home remedies which claim to deter deer from destroying plants in the garden.  I am not interested in spreading human hair around the front yard and I think our urban deer are accustomed to human scent so a deer repellent was in order.  We found deer repellent at an estate sale in the neighborhood for 75 cents which was a good deal for a test run.  The product is called Hinder and according to the available information may be garlic oil mixed with soap.  Very good choice because I still remember when my neighbor used coyote urine as a deer deterrent a few years ago and stank up the place something awful.

We mixed the Hinder in a spray bottle, carefully following package directions of course, and sprayed the bud stalks on the hesperaloe bloom stalks in the front yard.

Did it work?  At first it seemed like the answer was no.  Each morning we would find more bloom stalks snapped off. 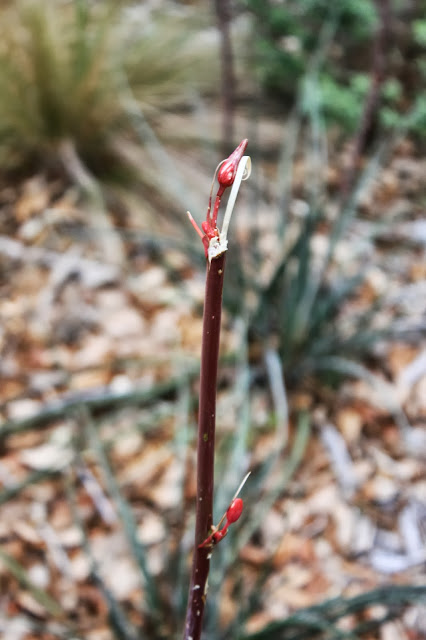 This is what it should look like but rarely does. 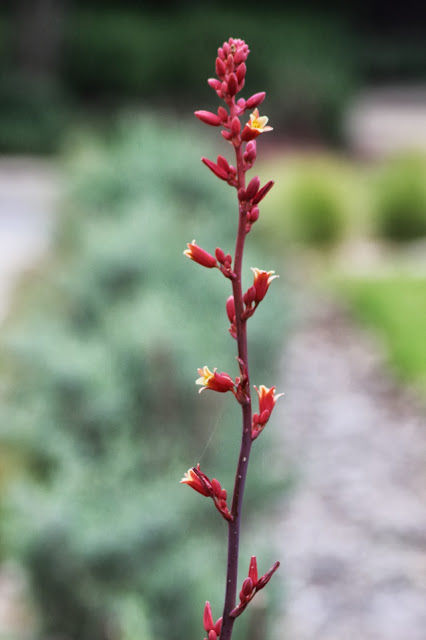 After a few days of disappointment we revised that to a "maybe" when we realized that instead of continuing down the row and snapping all of the stalks off, the deer had quit after one or two.  That's better. 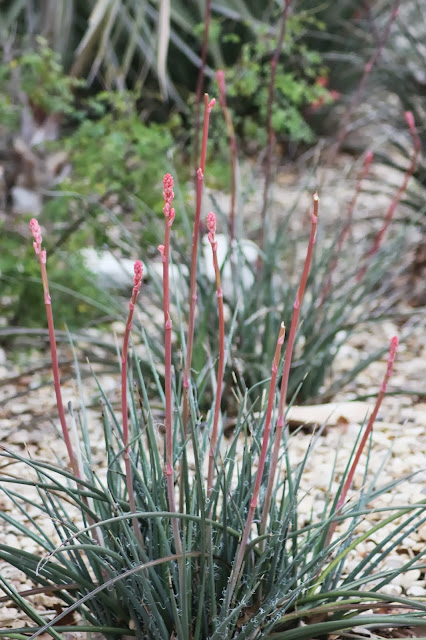 After a few weeks of spraying something very good happened.  More and more hesperaloe blooms appeared and the deer were leaving them alone. 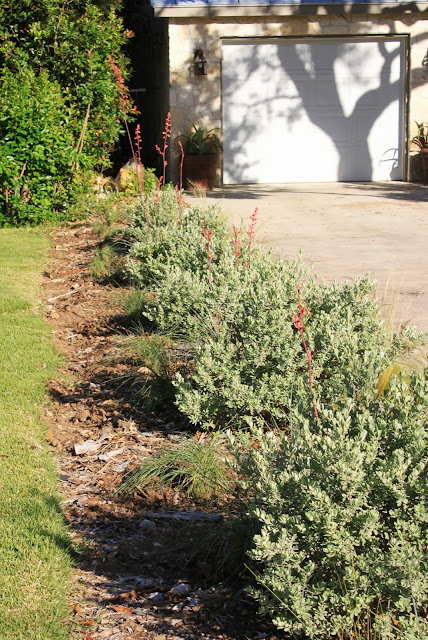 These are the most blooms we have had at one time in years. 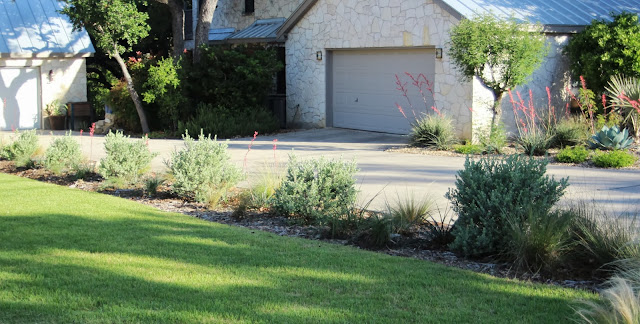 The deer were avoiding the blooms even with all the spring rain we'd had which made keeping the blooms treated a bit tricky.  Deer develop habits and learn by taste what they like.  So it seems once they tested and disliked the taste of hesperaloe blooms a few times, they crossed them off the list and moved on.  We quit spraying and had no problems the rest of the season. 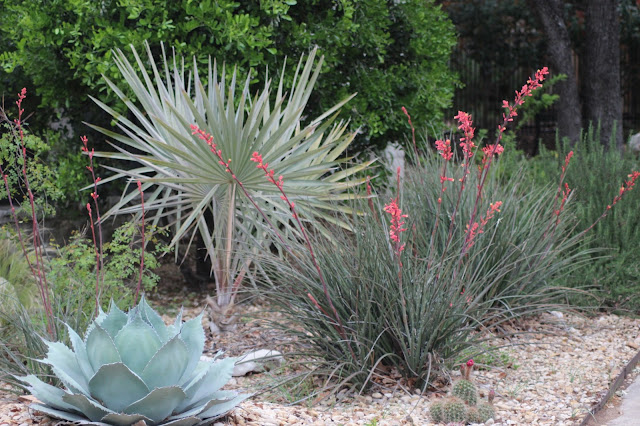 We also tried on on the Pride of Barbados in the backyard after we found a few snapped off by the deer.  Same result.  The deer eventually left them to fully bloom as well. 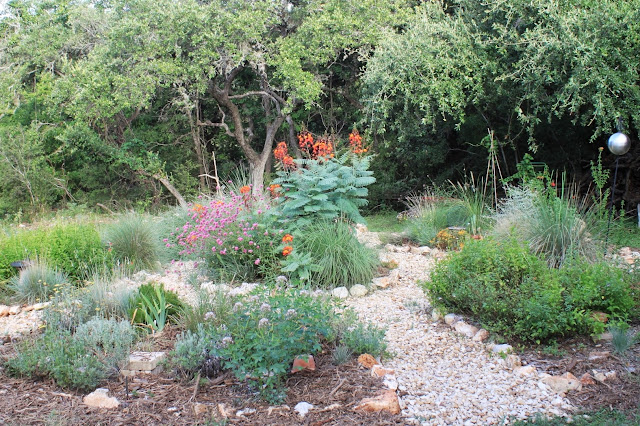 The results are in and the test was a success.  There's a crop of new fawns this year which will have to be trained all over again in the spring.
Posted by Shirley Fox at 9:44 AM