2019 could be "the year."  Meaning it looks like we'll be on bloom watch for the huge Agave ovatifolia which has anchored the front landscaping for nearly a decade, and presented an opportunity for decorating during the holiday season. 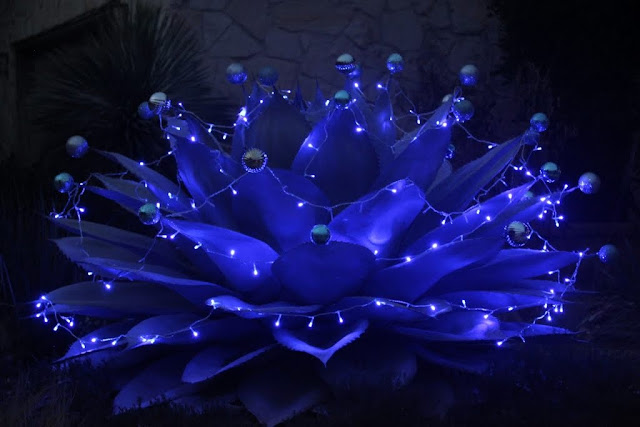 At 6' diameter this silvery agave has grown well past the advertised standard 4' range to reach its known maximum width.  The middle has noticeably thickened in the last year or so.  This spring will mark nine years in the garden and I'd estimate it was five years old when planted in 2010.  Agaves can live longer than 15 years but we've had a lot of rain recently which has forced blooms in many agaves around town. 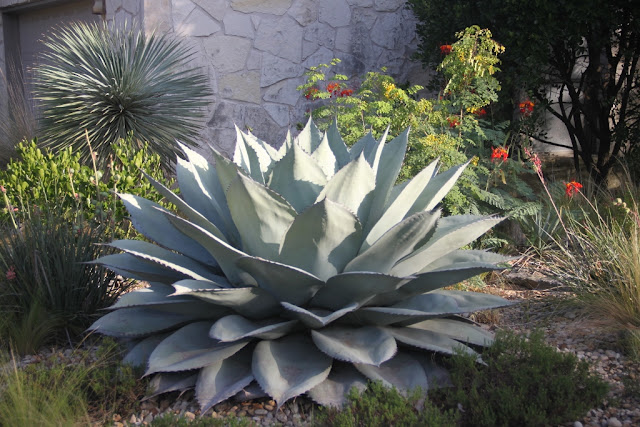 Shortly after beginning my blog in 2011 I had the bright idea to drape blue lights on the agave.  Two strands of 60 LED lights covered its three foot diameter and it made a nice photo. 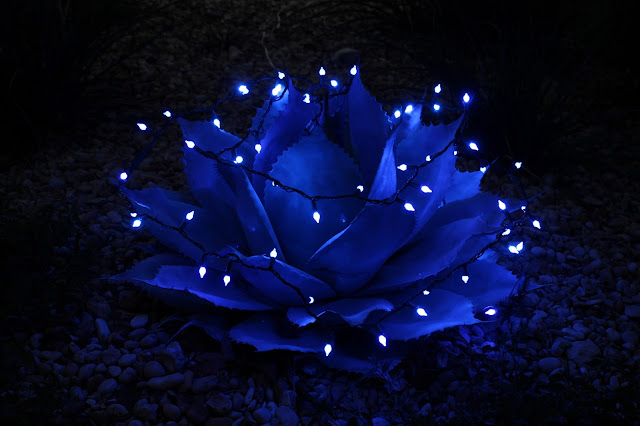 I've decorated it with blue lights every year since.  For several years I used blue and white snowflake lights for fun while thinking I would never see real snow in December.  The joke turned real in our bizarre early December 2017 snowfall. 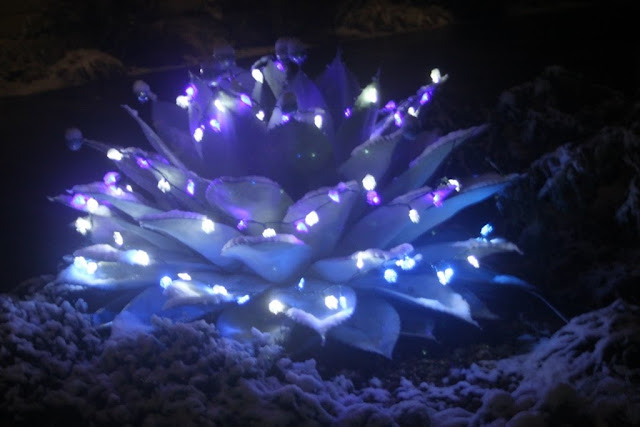 The snowflake lights quit working shortly after the big snow so I switched to fairy lights.   This year I needed three 10m strands of 100 fairy lights which works out to over 90ft of lights!  Could it be the last year for this agave and that many lights?

Not to worry though, I have one in waiting, about three feet diameter.  Cue Lion King circle of life.... 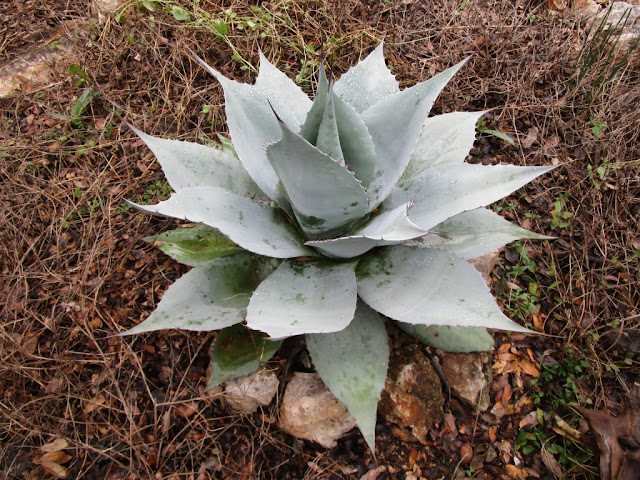 The original arrived with a rare pup tucked (the one shown above) down among the roots.  We carefully removed and nurtured it the last eight years or so.  A few years ago we moved it to full sun so it will be ready just in case.  Obviously smaller at this point, it is larger than the original when we planted it and I'm sure this baby will grow into the beauty its parent has been. 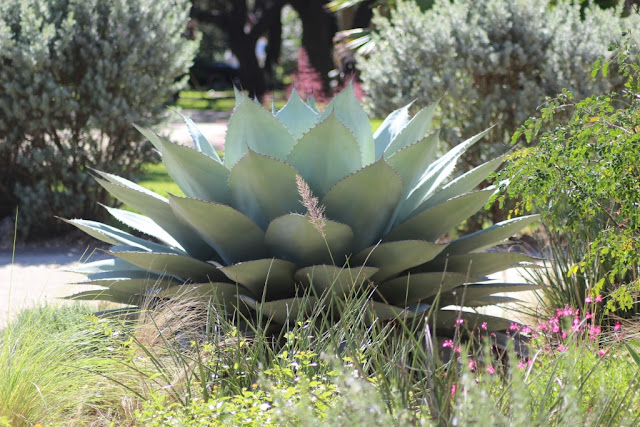 No point in being blue about it.  As disappointing as it will be, Agave bloom watch for 2019 (or hopefully later) is the realistic view.