Wildlife Wednesday October 2016: Monarch migration is about more than milkweed

Gardeners in South Texas hear a lot about planting milkweed for the monarchs since most North American monarchs pass through our area as they migrate southward.  But milkweed is just part of the picture.  Butterflies need milkweed as a host plant but nectar plants are most important in the fall.  Unlike the journey north in the spring where multiple generations make the journey the fall monarch migration means a one generation flight south.  Just as I was learning more about this important difference, a timely article on nectar plants from the Wildflower Center appeared in my Facebook feed.  I noted that all five recommended plants are currently in my garden.  Without even trying to create a butterfly habitat or specifically include nectar plants I had done so by simply choosing fall blooming native plants because they grow so well in my climate. 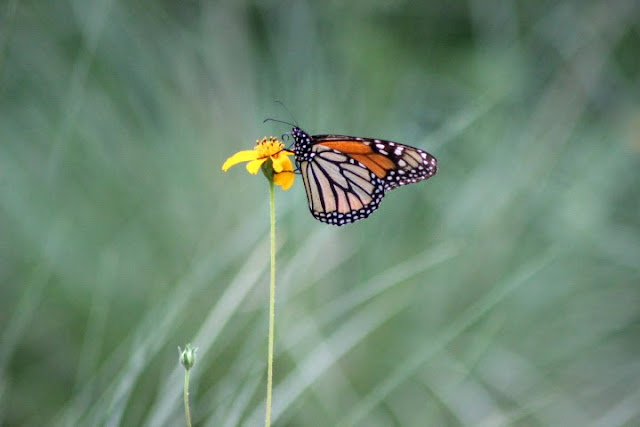 Already a few monarchs have appeared in the garden and more are on the way.  For Wildlife Wednesday hosted by Tina at "My gardener says..." I decided to check off the list of important nectar sources for monarch butterflies which will soon appear in my own garden.

I have several of these plants commonly know as white mistflower in both front and back gardens.  The plants were purchased as Eupatorium havanensis so the botanical name has apparently changed.  In early November fragrant white flowers will light up the garden.  The photo below is from several years ago. 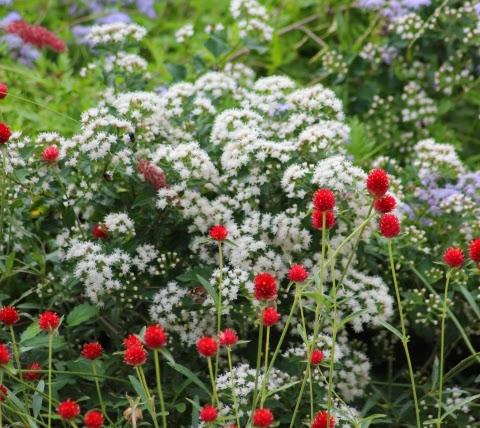 We had a weird weather year and white mistflower also bloomed this spring.  I cut the plants back and hoped for a second bloom this year.  Looks like I'll get my wish as new fall flowers are forming now. 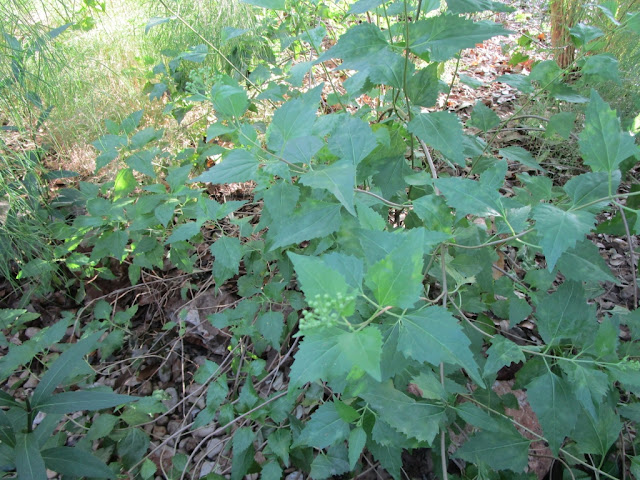 Gregg's mistflower is blooming away right on time and currently covered with queen butterflies.  An occasional monarch has joined them but the main migration is still ahead.  I'll deadhead soon to get more blooms for the main migration season.

I'll never tire of seeing butterflies go crazy over my plants.  As I walk through they all fly up and I can sense their movement. 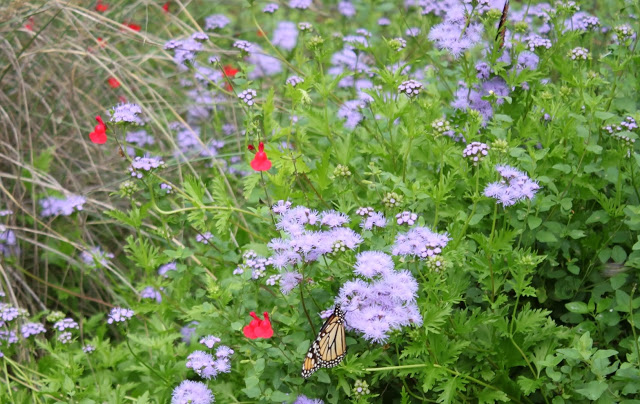 Growing behind the deer fence where they were protected from deer which love to eat Maximilian sunflowers right down to the ground these plants have been shaded a bit too much and are not yet blooming. 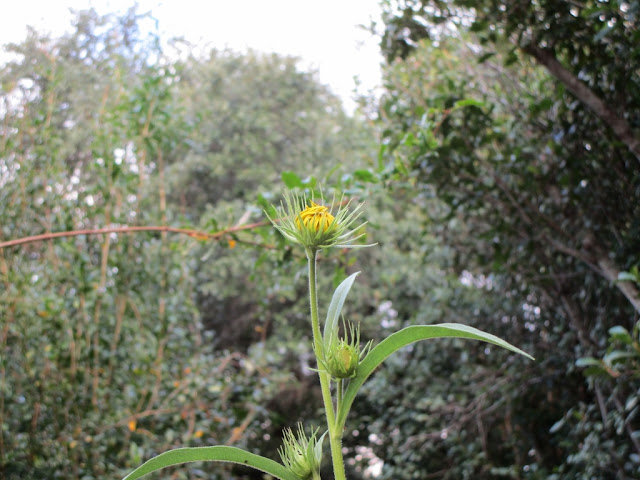 Now that the yard is fully fenced, I'll plant this year's seeds in several sunny locations along the back fence.  As perennials they grow back from the roots each year so once established there's little to do other than watch them grow.  They are still opening which should have them ready as the main migration comes through.  To see them in full bloom check out this post from Sheryl at Windows on a Texas Wildscape.

My friend Cheryl shared one plant last year and it's growing well under the shade of oaks along the back fence.  As another easy care perennial, I look forward to having more Frostweed plants next fall. 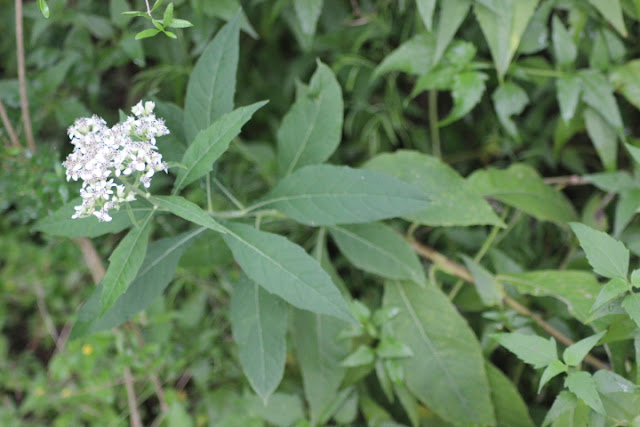 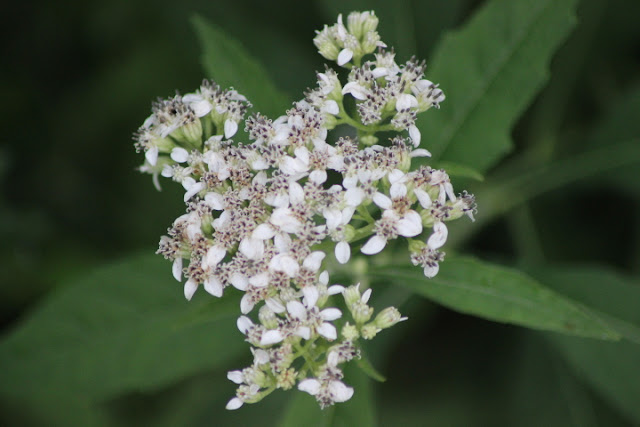 The first one to bloom has faded but there's another producing blooms close by. 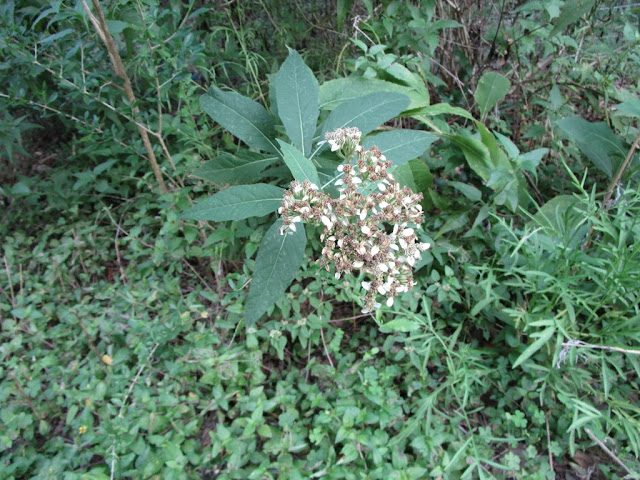 Our native aster is planted near the front fence, it's getting a little too much shade but should bloom well later this fall before I move it to a sunnier spot.  I had to move it when the deer discovered it and I'll try to make a better spot for it next year. 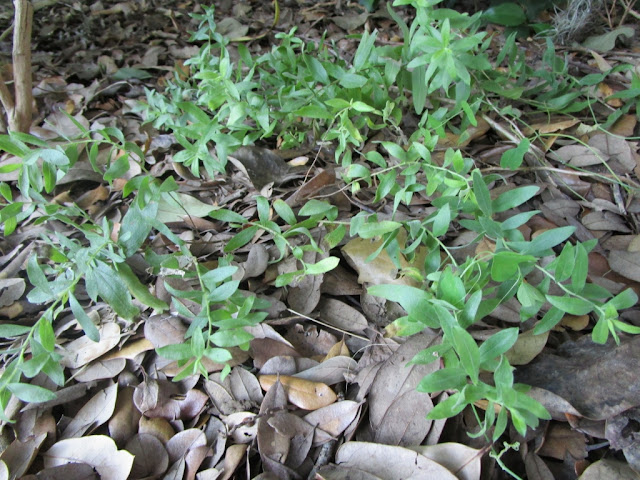 Here's a photo of aster blooms along the Museum Reach of the San Antonio River Walk so you can see how gorgeous they are massed in bloom. 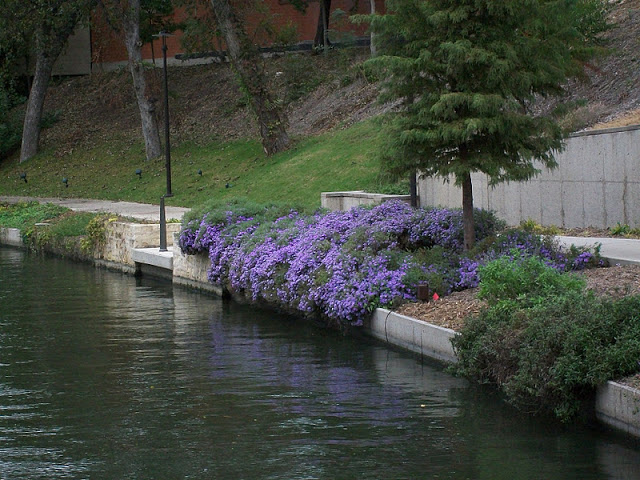 So five checks on the butterfly nectar plant list.  I did see a monarch laying eggs on milkweed earlier this week so they need both nectar and milkweed host plants.  With all these recommended plants in the garden you'd think the monarchs would flock there except in past years I've noted monarch butterflies prefer Gomphrena 'Fireworks" in my garden.  Gomphrena is native to deep south Texas and northern Mexico, so maybe they just think it's a later stop along the way. 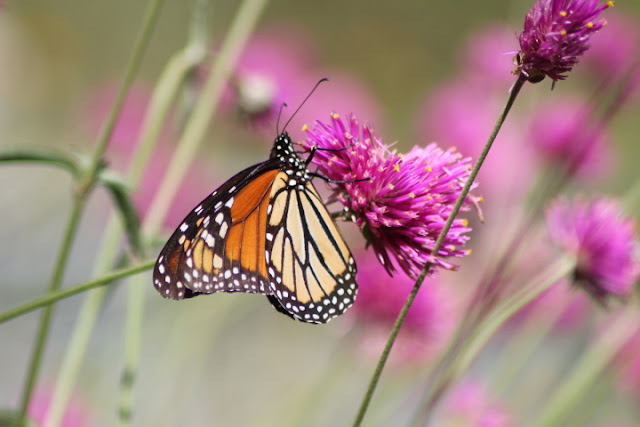 I read that the migration is running a bit slow this year which is a good thing since several of the plants on the list are yet to bloom.  It would be nice to have the blooms and butterflies arrive at the same time.

For those of you who live in San Antonio there is a native plant sale at Hardberger Park next Saturday October 8th, 2016, in the morning sponsored by Native Plant Society of Texas where you might find some of these great nectar plants for your garden.