Five years ago today I hit the publish button on my intro post and immediately realized there would need to be a second, third and many more posts if this blog was to keep going.


Five years is quite a milestone and several bloggers I used to follow quit posting after a few years, in fact the only Central Texas blog I know of that was started about the same time and is still active is "My gardener says..." by Tina in Austin who hosts the Wildlife Wednesday meme I link to on the first Wednesday of each month.  Of course the primary inspiration for my blog, Digging by Pam Penick is going strong at 10 years.

Five years and 566 posts (including this one) published, plus more than a few unfinished posts stored as drafts.  And that brings up one of my challenges to blogging--getting over the need to have each post be perfect.  For example, had I known my post on propagating barrel cactus pups would be linked to Gardening Know How bringing in thousands of pageviews I might never have published it.  In retrospect the post isn't perfect but at least it's a step-by-step on separating and growing those baby barrels to help those who want to learn about the process.  Neal says he would have put on nicer gloves if he had known he would be "Mr Hand" to so many people.  Sometimes a pep talk is needed, something along the lines of "it's your blog so have fun and just get the info out there".  Neal also has a saying that "better is the enemy of good enough".  Maybe I'll even dust off a few of those unfinished posts and publish them as throwbacks.

This five year point is a good time to look back at some of my memories and milestones.  With so many posts to choose from, it's not easy to narrow down the choices so I've included links to each year's wrap up post.

In my intro post I shared my goals for this blog and how I arrived at the title.  I decided early on that readers would get pretty bored looking at my somewhat new landscape and garden every week so I promised to tour you around my beautiful city of San Antonio along the way.  Along those lines, one of my first posts was a visit to the newly renovated Japanese Tea Garden. 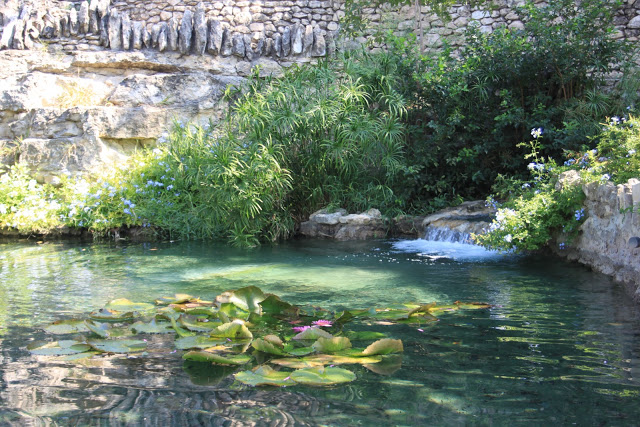 Off to a fast start with 32 posts in three months and I ventured into showing my own garden progress with an October "Before and After" feature which I continue each year to document changes in my garden and began Walking the Walk from north to south along the 15 miles of the San Antonio River Walk.

With just three months of blogging under my belt, I decided a retrospective might be a bit presumptuous so I took the Top Ten Challenge and selected my favorite photos to close out the year.

My first full blogging year saw 157 posts and my first blogger meet-up with Austin bloggers for the a fun day on the Garden Conservancy Open Days tour. 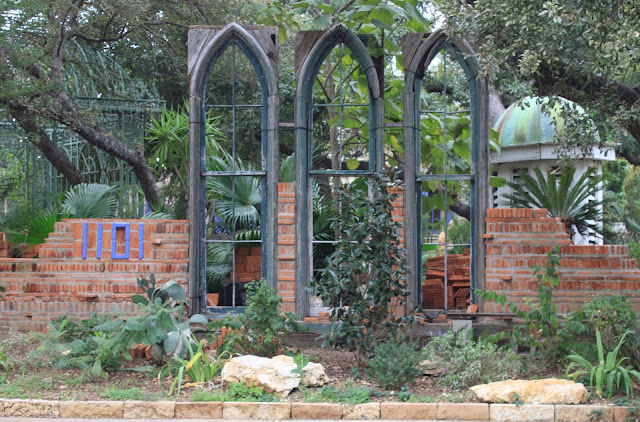 I even ventured farther out of town for the spectacular Chihuly exhibit at the Dallas Arboretum which resulted in one of my best photos ever. 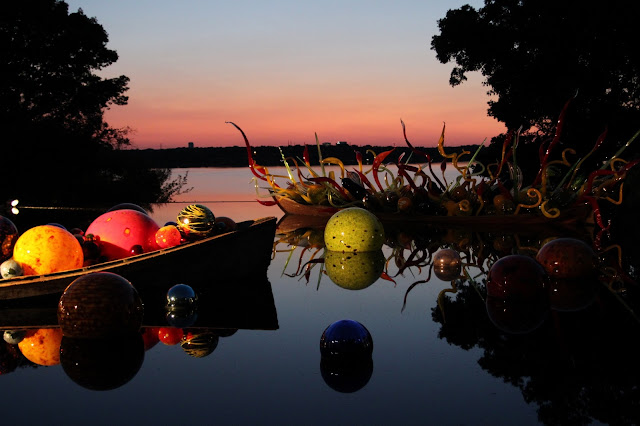 You can read about more of my 2012 memories here.

This was the year our gardens began recovering from several years of drought and record heat waves so an entire post on rain celebrated the occasion.  While attending a talk by Pam Penick, I discovered the Gardening Volunteers of South Texas (GVST) and added garden volunteer to my busy retirement schedule.  Joining my local garden club and GVST has opened up many new opportunities to blog about private and public gardens in San Antonio.

Traveling even farther than Dallas, I shared a chilly visit to the U.S. Botanic Garden in Washington, DC where we had lived for a number of years and then on to Neal's hometown of Harmony, Pennsyslvania for Thanksgiving.  We found time for a snowy trip to the amazing Phipps Conservatory in Pittsburgh and Amish country to the north. 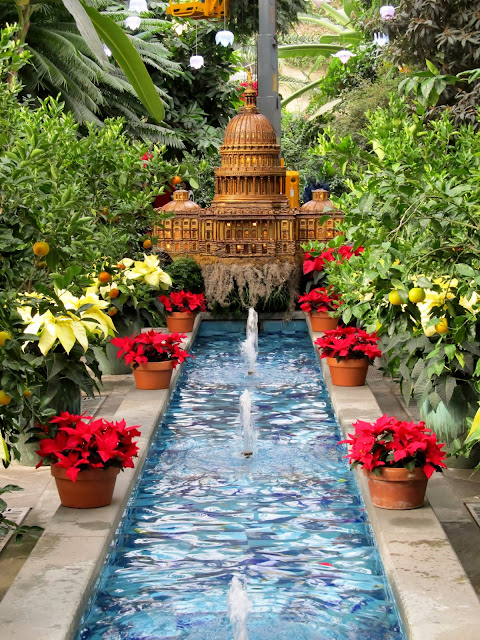 For 2013 I listed all the plants I acquired during the year whether purchased, swapped, or just plain free.  Interesting, but it was the last time I attempted that particular stunt.

In addition to more sights around town I posted a Before and After of my back garden.  Such posts are encouraging as they remind me of just how much we've accomplished in a relatively short time. 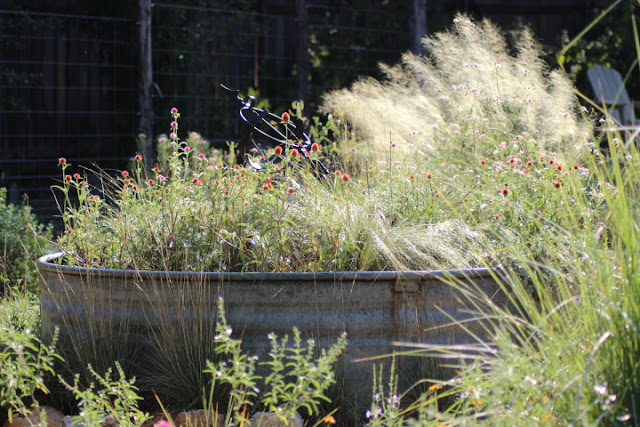 My first blog giveaway was a copy of Rebecca Sweet's book Refresh Your Garden Design with Color, Texture & Form.  I was thrilled to help promote her excellent guide to taking your garden up a notch by applying a few basic design principles.

For 2014 I focused on outtakes, those photos I liked but somehow didn't get posted during the year.

In April 2015 my tank garden arrangement wowed visitors to my garden.  This photo was linked and pinned more than a few times. 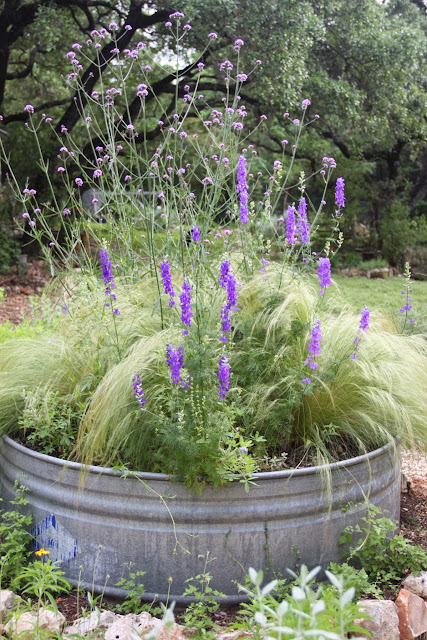 Previewing the Inside Austin Garden Tour last fall was a first for my blog and just one of the many highlights of 2015.  Not only did I spend a day with Austin bloggers touring gardens, I got to visit Pam Penick's garden for the first time.  I've followed Pam's blog Digging for years and she encouraged me to start blogging when I was on the fence about the idea, so it was fun to finally visit and see her garden which has been so inspiring to those of us with similar challenges of tough climate, rocky soil and deer.  I got my first (and last) look at Moby before he bloomed and died in summer 2016.  Just last week Pam dropped off a batch of Moby Juniors, so Moby lives on! 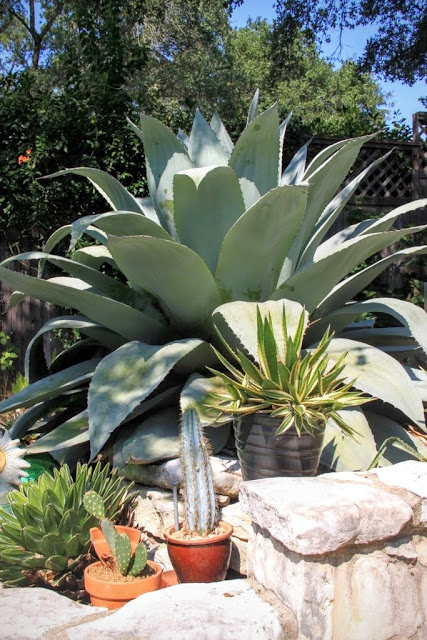 Another favorite was a memorable visit to the vegetable garden at Haven for Hope where homeless families learn to get back on their feet.  I was so inspired I keep this post up as a featured post on my sidebar. 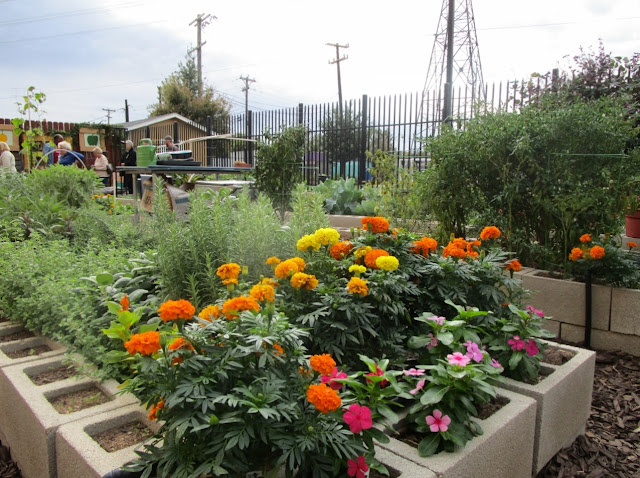 From your comments I know many of you enjoy touring San Antonio.  Almost any tour of our sights is a can't miss hit since I live in one of America's most beautiful and popular destination cities.  Beside those obvious tourist spots, I also appreciate how readers have motivated me to explore corners of the city that I might not have taken the time to see such as the contemplative space of Chris Park. 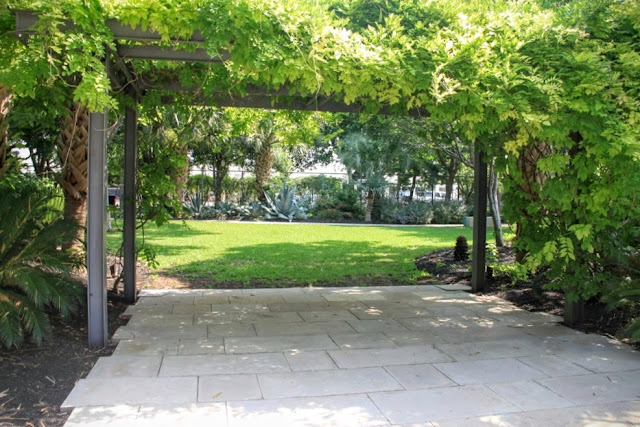 I joined my first book launch party and second giveaway for Pam Penick's second book The Water-saving Garden.  It was fun to have a peek at the process of getting a book launched.  The book is an excellent source of inspiration and information on growing a gorgeous garden even if you don't live in a water-challenged area. 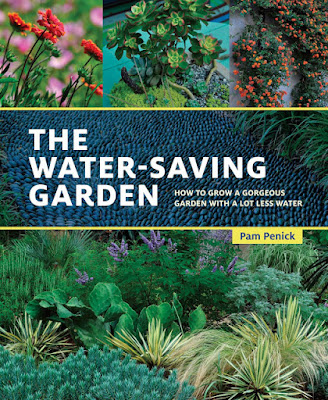 I'll have a retrospective on 2016 later in the year.

Thank you all for reading and commenting all these years and I'll start year six tomorrow with a Wildlife Wednesday post.  Every single post has had at least one comment, and those comments are truly appreciated.  Oh, and I updated my profile photo in honor of the occasion.

Email ThisBlogThis!Share to TwitterShare to FacebookShare to Pinterest
Labels: blogiversary