Sometimes the plant that seems best for a spot doesn't work out quite that way.  After six tries I thought I had found the right grass for the driveway island bed.  Pennisetum grasses just had to be an excellent choice for that spot because they defy sun and drought better than most plants in my garden.  With the added bonus of being absolutely deer proof, the only downside seemed to be that they reseed prolifically.  So prolifically that I did not purchase a single one of the dozen or so in my garden.  Nope, a couple years ago the seeds floated two doors down from my neighbor up the hill and I've been transplanting seedlings ever since.  It was all good.  Except this morning I found the pennisetum grasses had been flattened by one of our deluge storms last night with as much as three inches during the 6 am hour. 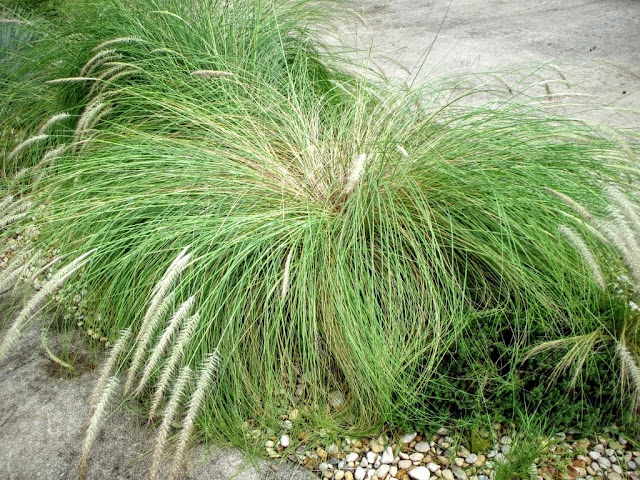 Just yesterday when I took photos of Neal trimming the Salvia greggii out by the street, I paused to admire the pennisetum grasses softly waving in the background behind the wheelbarrow.  Did I think to take a better photo?  No, of course not, those grasses would look that good for a couple of weeks. 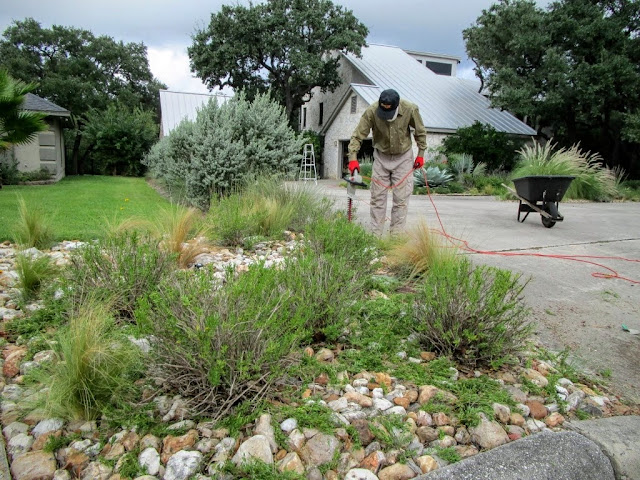 Except they got hit by a storm.  Now they're a mess with little chance they'll recover enough to display the winter interest I had planned on which means a replacement strategy needs to be in the works.  From the above photo it's clear this prominent spot needs to look good all year. 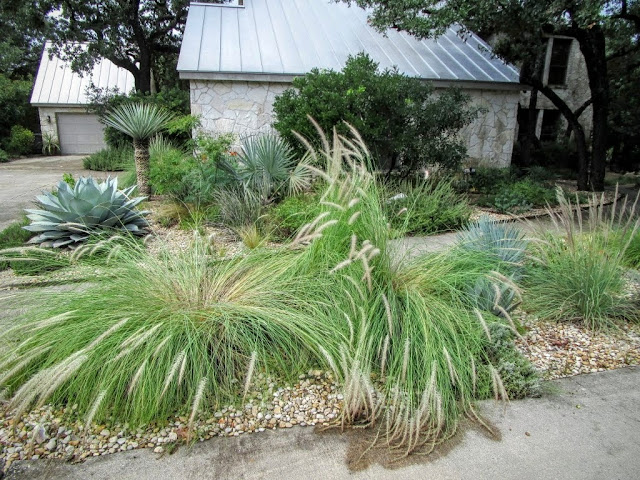 I've reworked this bed six times including the yuccas which died after blooming and now it's back to the plant selection drawing board so to speak.  Grasses are my preferred choice.  Which grasses would work better?  Taking a walk around the garden this morning I found native grasses stood up to heavy rain much better than the imports.

Lindheimer's Muhly (Muhlenbergia lindheimeri) looks great by the garage, evergreen with upright stalks.  I'd like to use this in the island bed but I've not found another one as finely textured and compact as this specimen.  Divisions from this plant have not transplanted well in the past but I might try again. 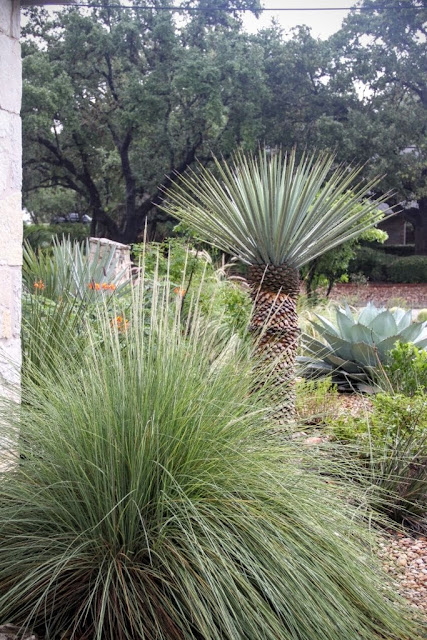 El Toro Muhly (Muhlenbergia emersleyi) remained upright in the storm though the seedheads are not soft enough to be an eyecatching plant at the end of the row. 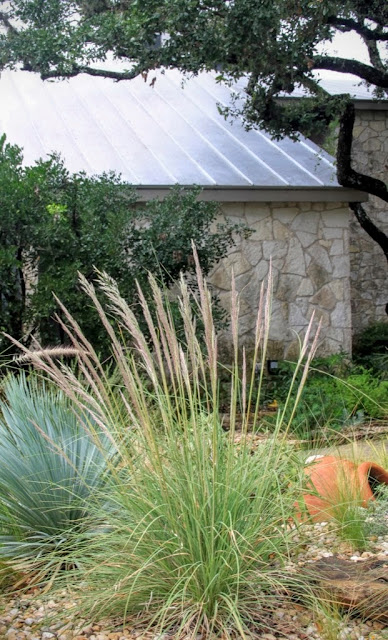 Deer Muhly (Muhlenbergia rigens) is just sending up stalks and, from what I've read, they won't unfurl much more than this. 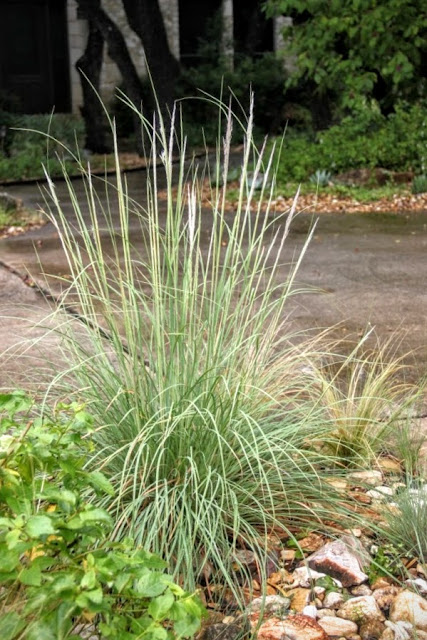 Around back in the circle garden more pennisetum fell flat... 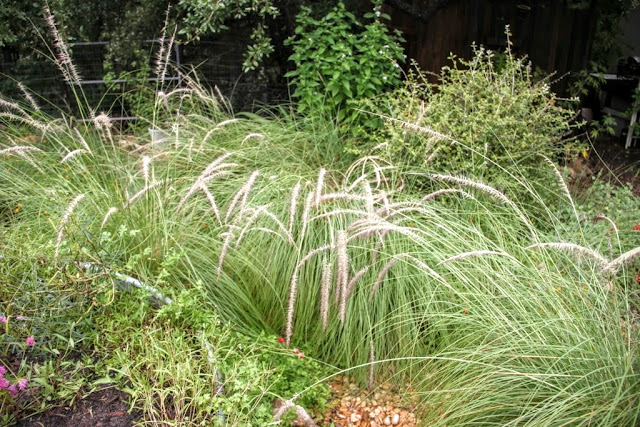 ...while Muhlenbergia lindheimeri remains sturdily upright (in the background).  This very plant used to be in the island bed but it turned out to be too large and unruly for that spot so now it's in the circle garden where it works well.  Also shown is Pine muhly (Muhlenbergia dubya) (lower left) which I like a lot but is not quite showy enough for a prominent spot. 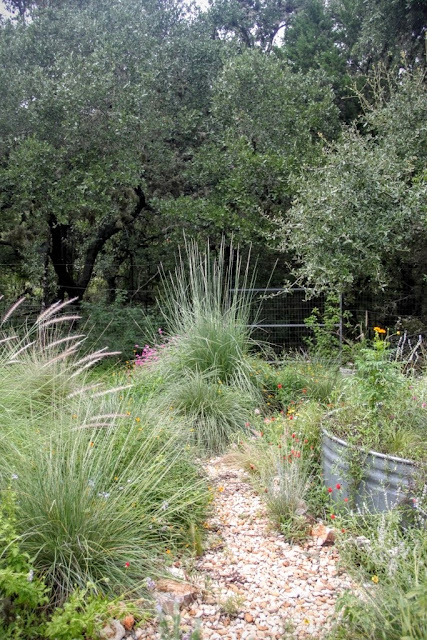 Maybe instead of a challenge it's another opportunity.  While the search is on for the right ornamental grass, I may end up with another yucca.  The softness of grasses is preferred though yuccas do seem to hold up better

And to think I planted ornamental grasses for their low maintenance value.  Ha!