The day after Halloween

It's time to put away the costumes and Halloween decorations, but not in San Antonio where the celebrations continue with Dia de Los Muertos or Day of the Dead observances.

Looking at these photos you might think we have taken a trip to Mexico but this fountain-turned-altar is set up at Maverick Plaza in La Villita or the little village along the San Antonio River Walk. 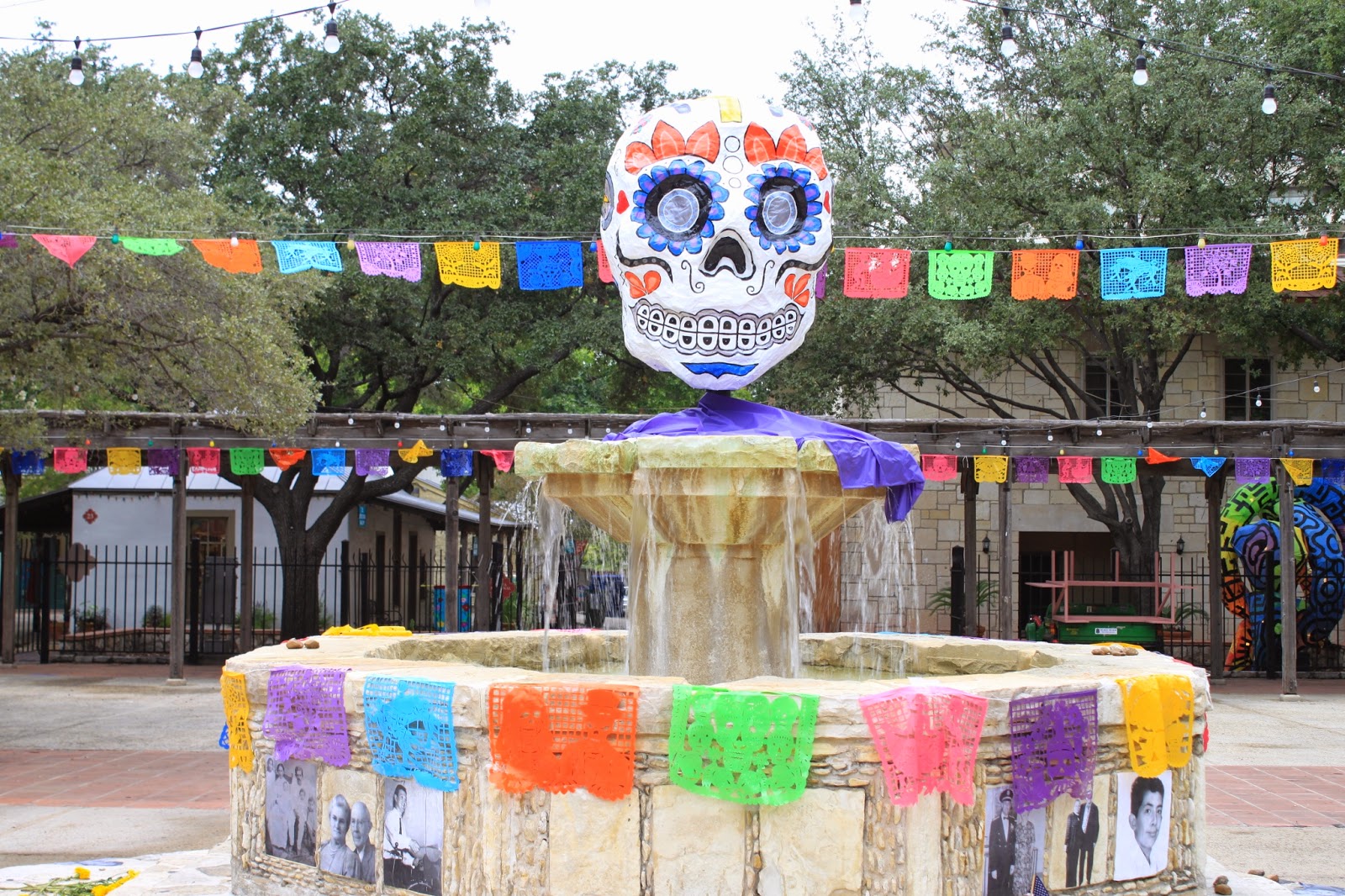 Dia de los Muertos is based on a tradition from Mexico and observed locally at the beginning of November.  Last year we visited downtown a few days after the Muertosfest celebrations and took these photos minus the crowds and costumes.  Plus I get to introduce you to more of our beautiful city and its culture. 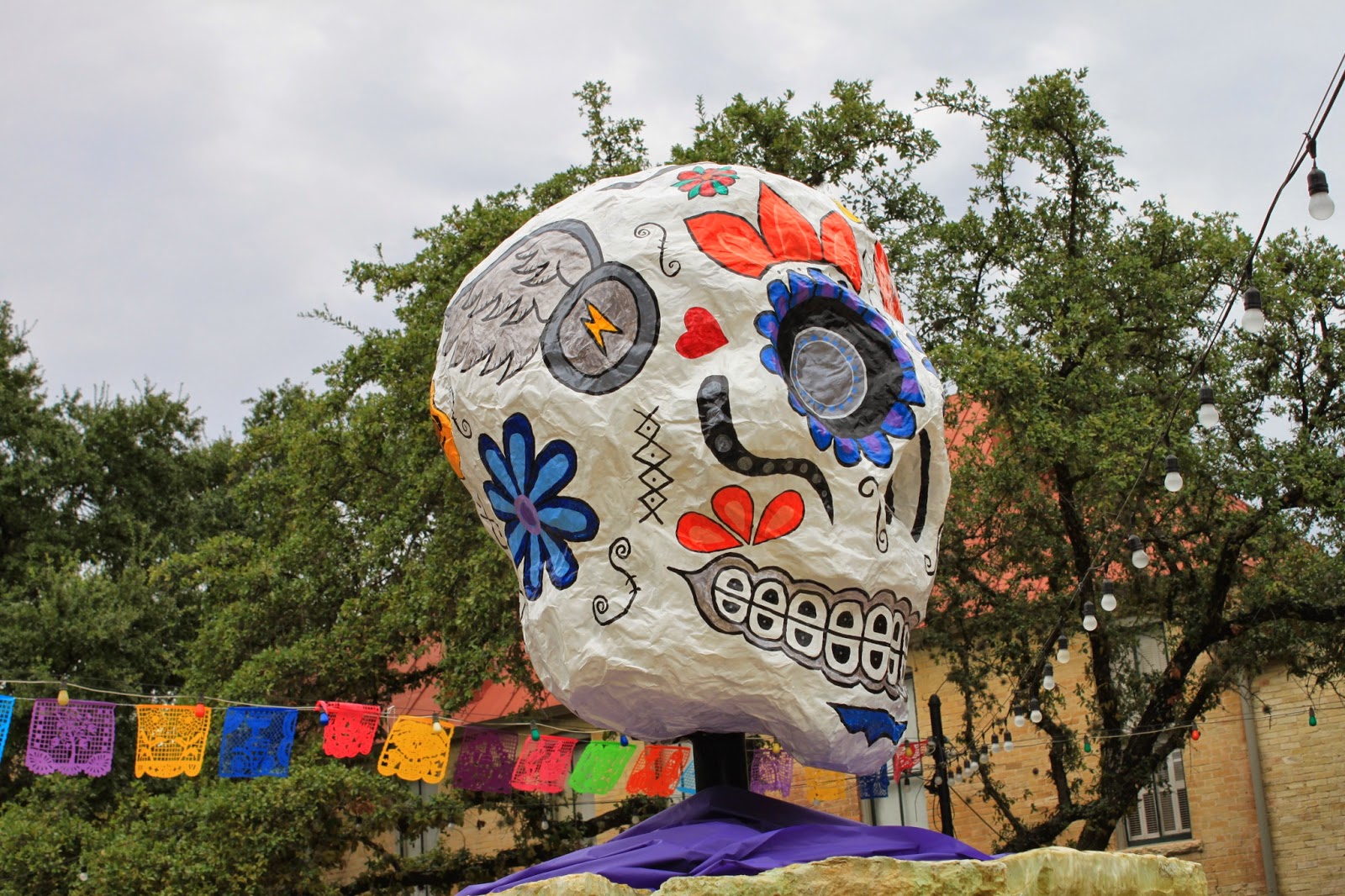 Symbolism to aid in the afterlife 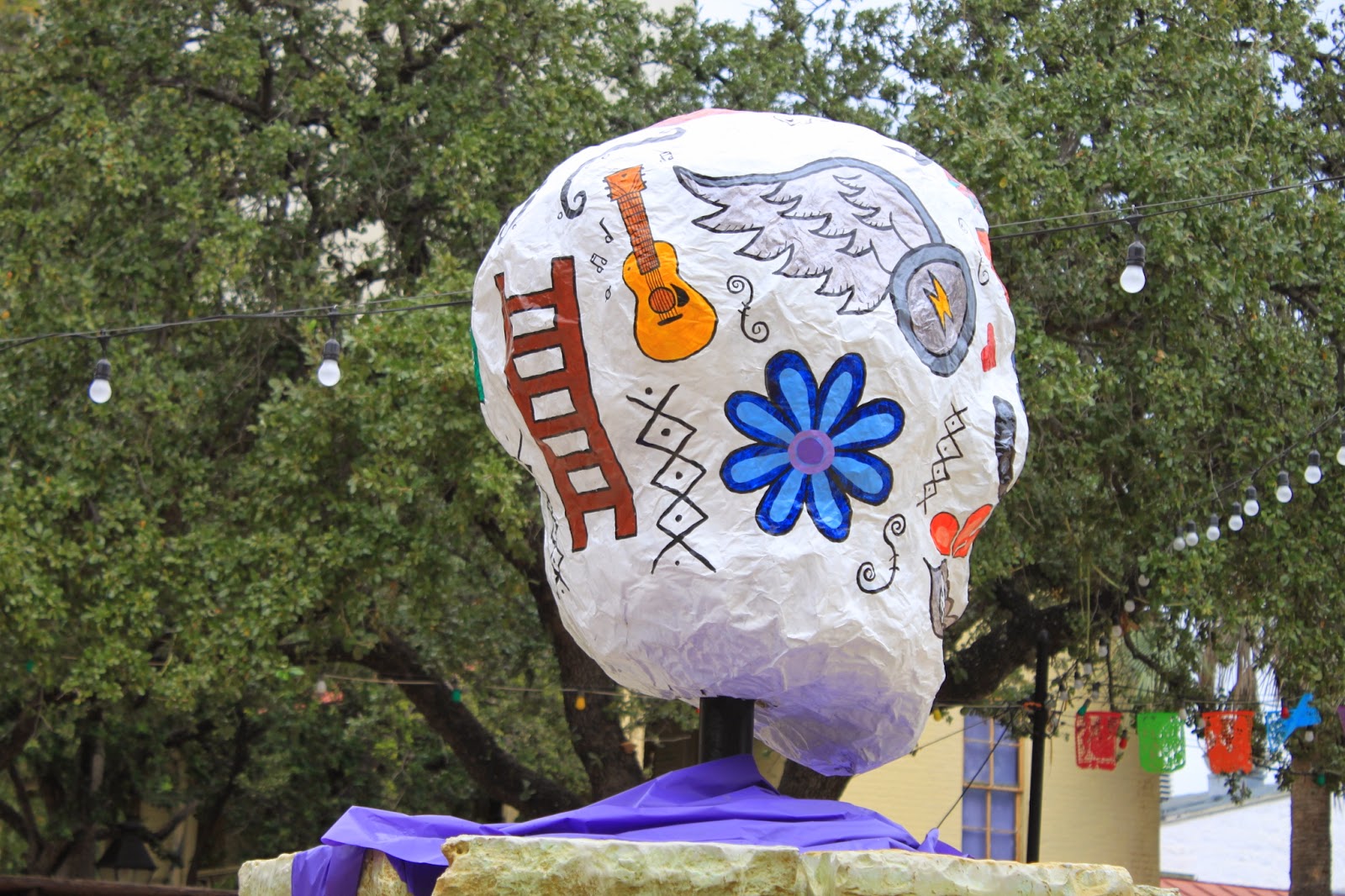 Families have placed ofrendas or offerings for their loved ones in the afterlife around the base of the altar. 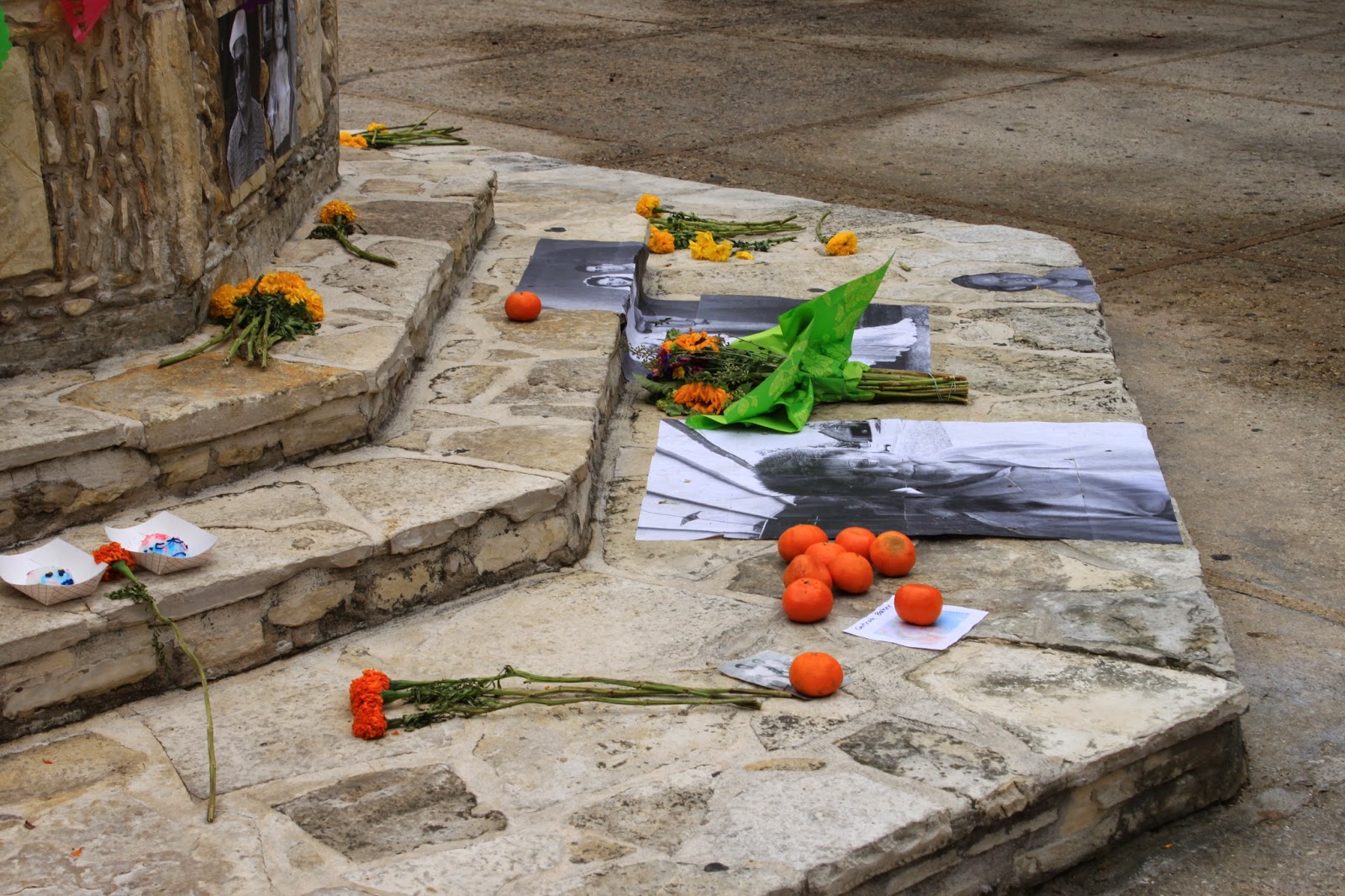 Papel Picado or cut paper banners flutter overhead.  Traditionally made of paper, plastic is popular and more durable for outdoors. 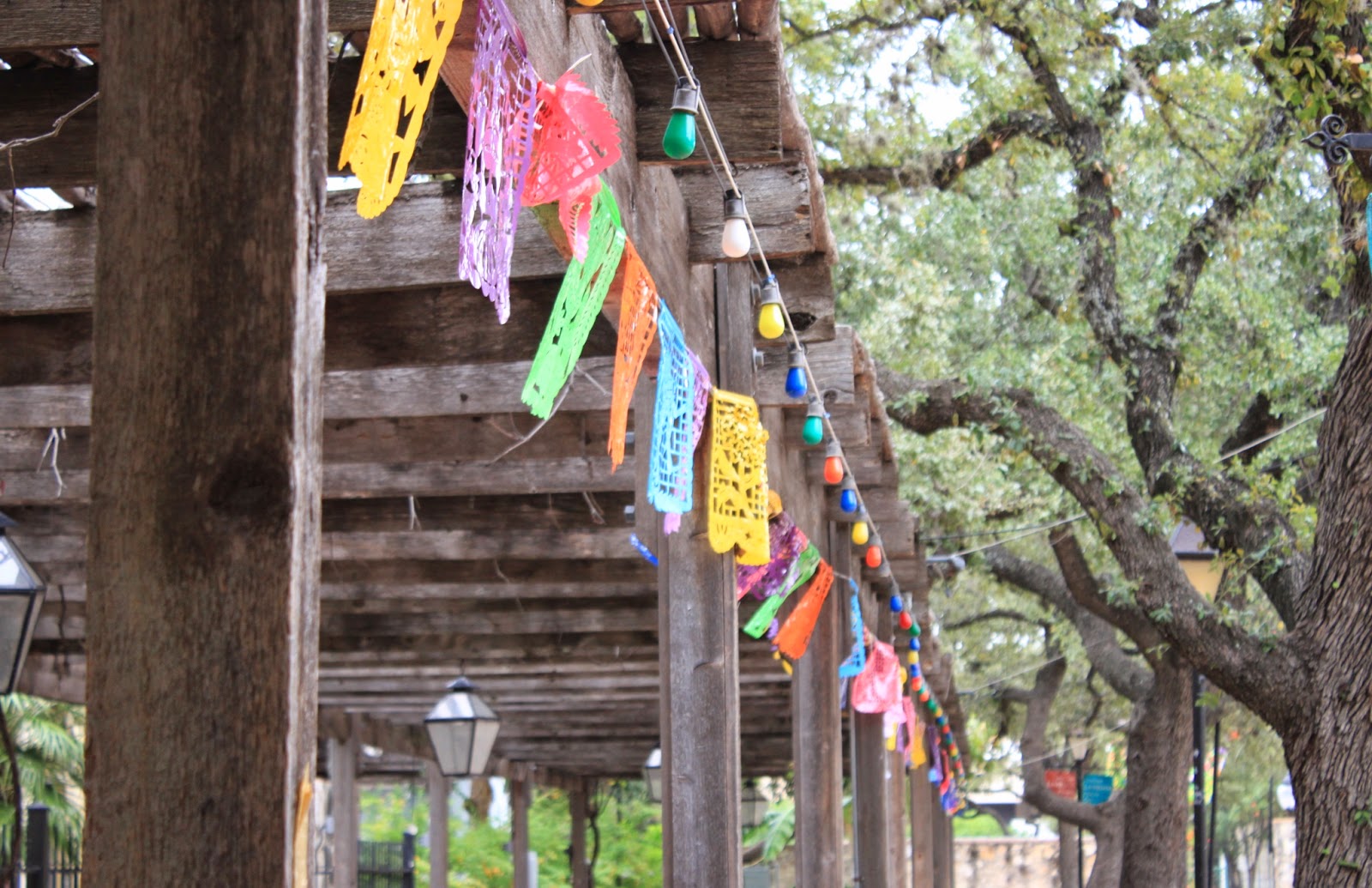 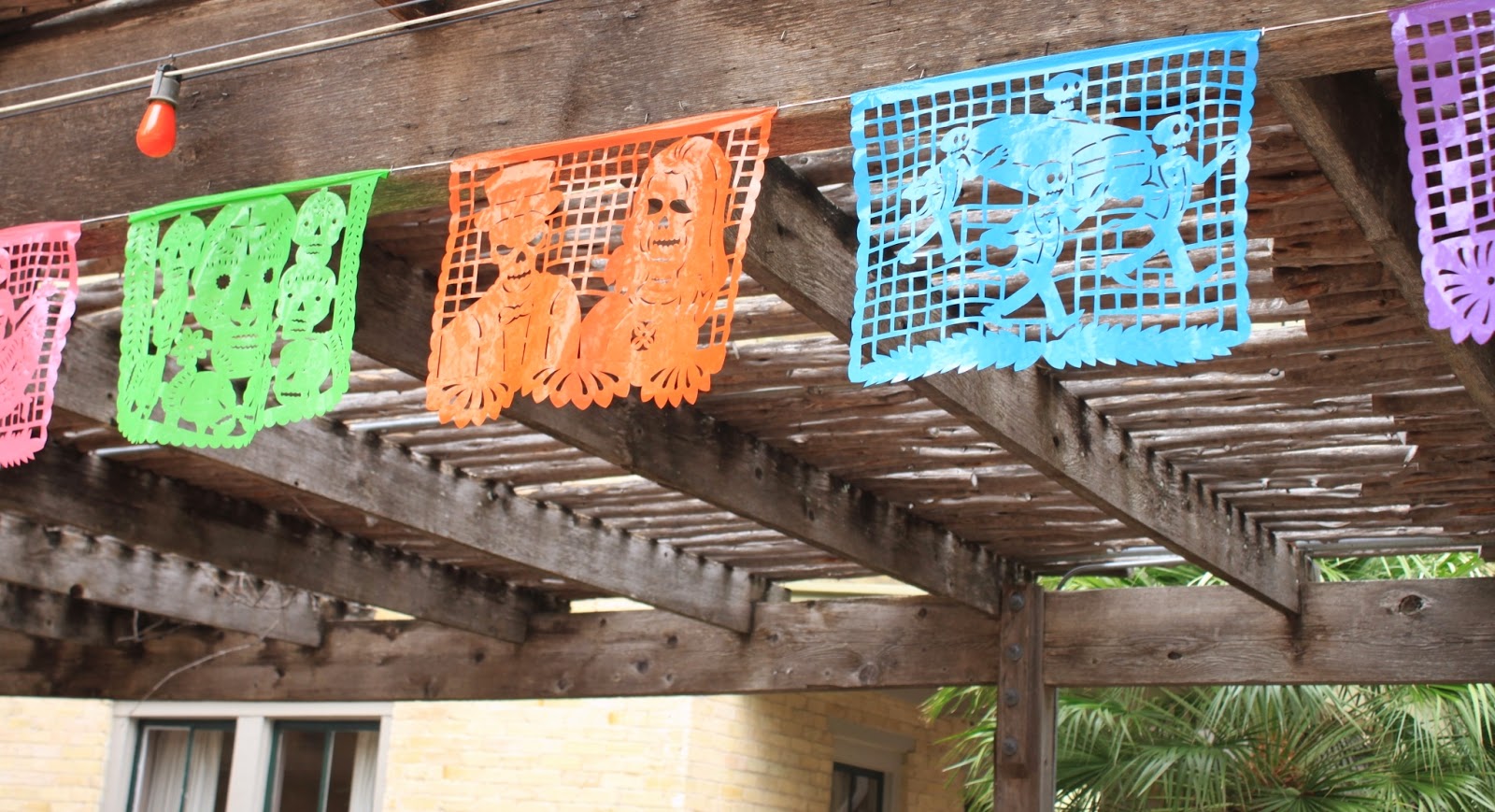 The street lights of La Villita decorated with las calaveras or skulls. 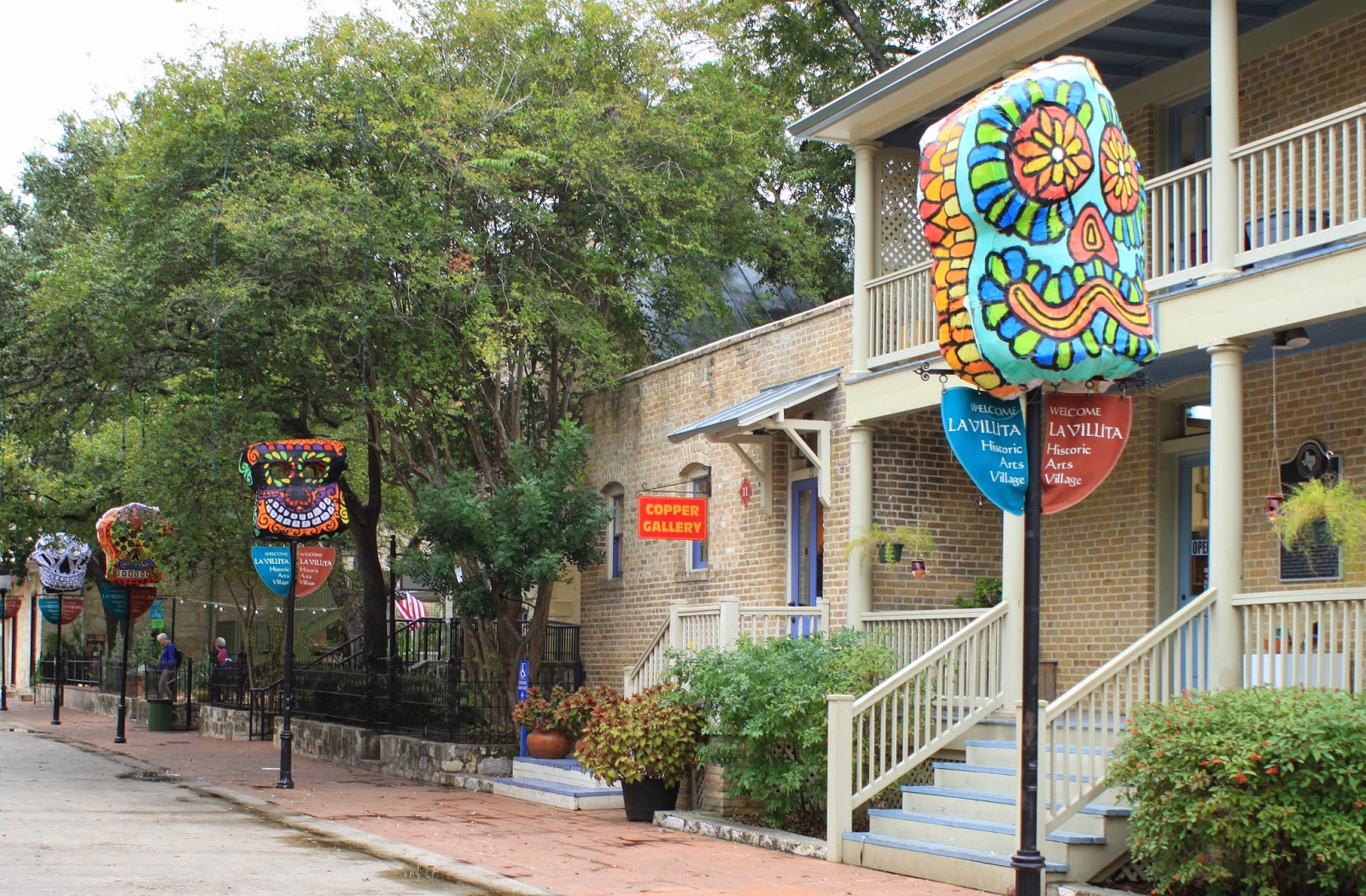 "Where are you folks visiting from?" is a common question from shopkeepers when visiting La Villita.  "We live here" is an unexpected response which makes it fun to be tourists at home. 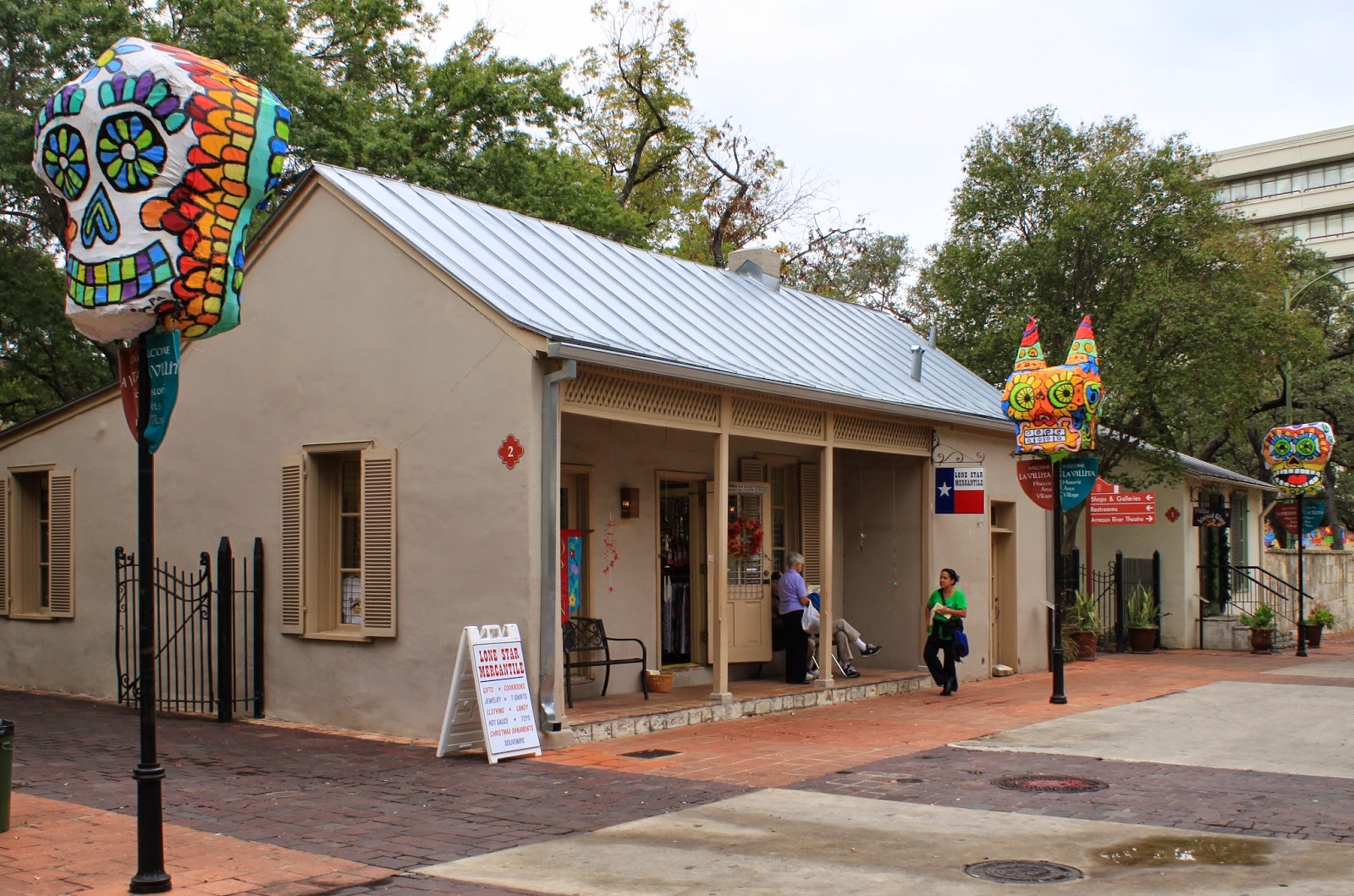 A black cat "in costume" crosses our path... 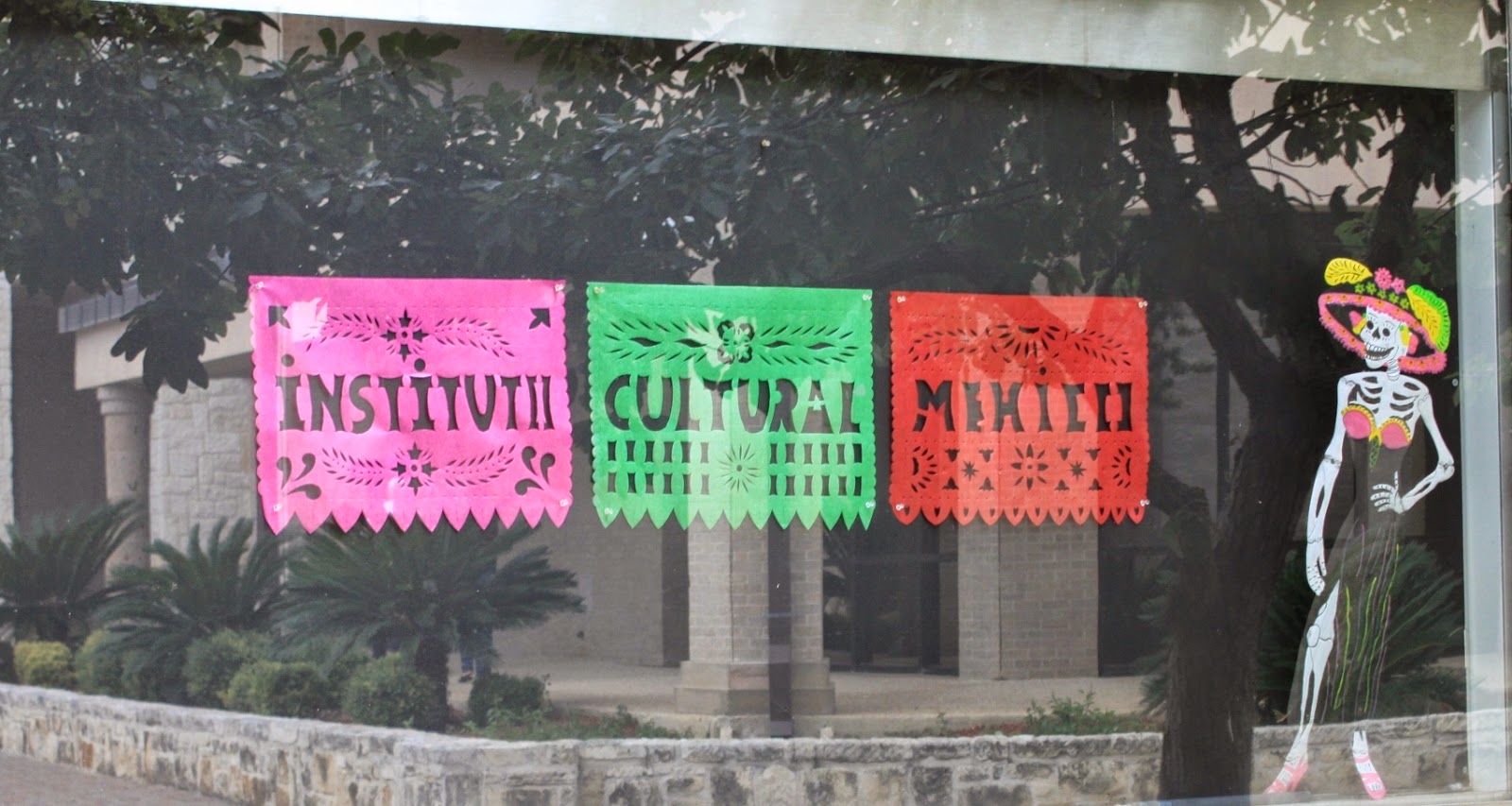 Over at the Arneson River Theater large Catrinas Calaveras or fancy dressed skeletons decorate the stage. 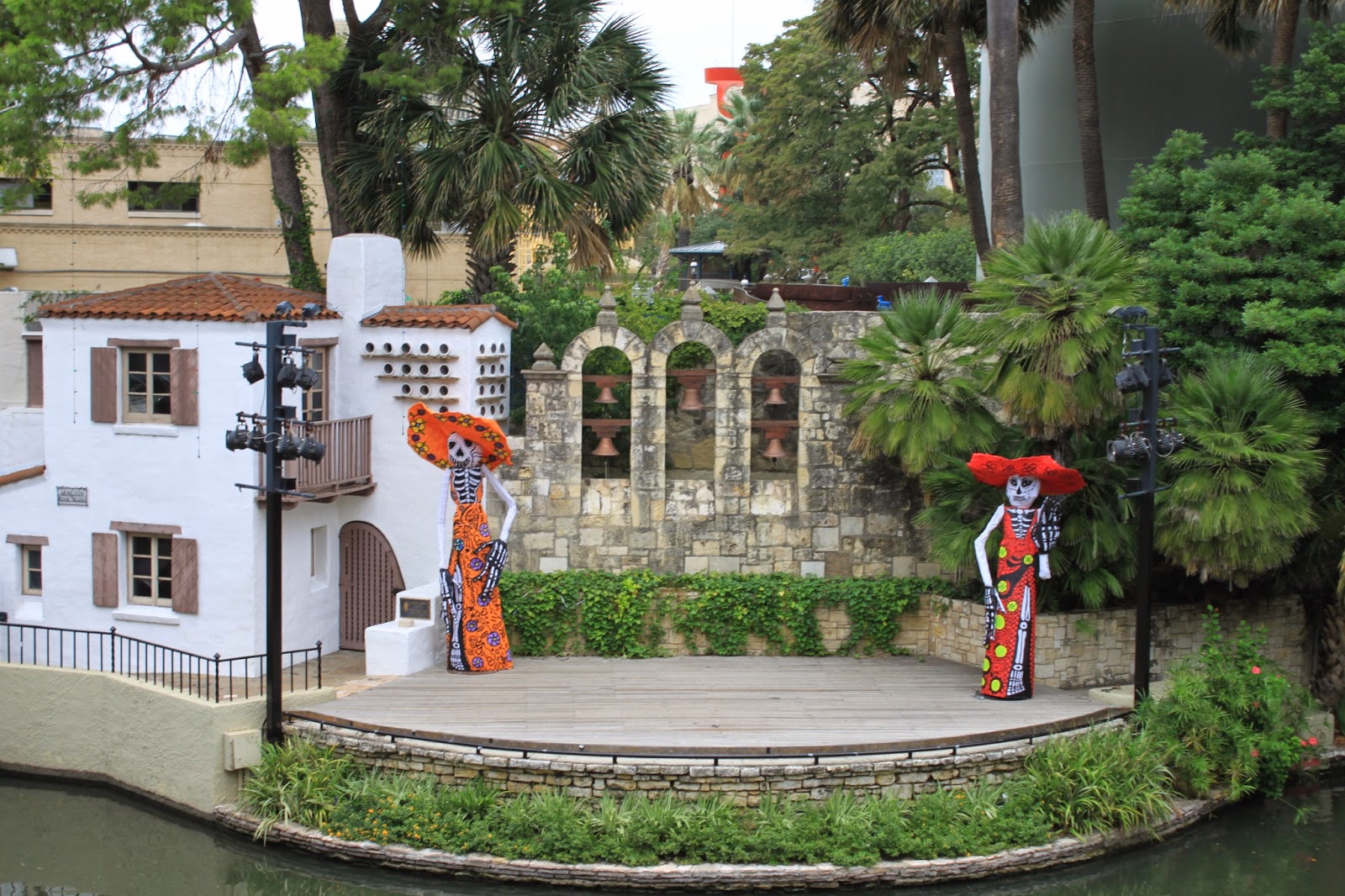 Live music is on the schedule at the Arneson River Theater with the Texas Tornados performing this year.  Too bad I had to miss the concert as they are a special band.  After we moved to Boston and subsequently spent more than a decade on the east coast I often chose to cure a bout of homesickness with a dose of their Puro San Antonio sound.  Their website is a little out of date so a series of You Tube videos from a show they did for the BBC back in 1992 capture their style best, check out this link for Hey Baby Que Paso or Is Anybody going to San Antone... 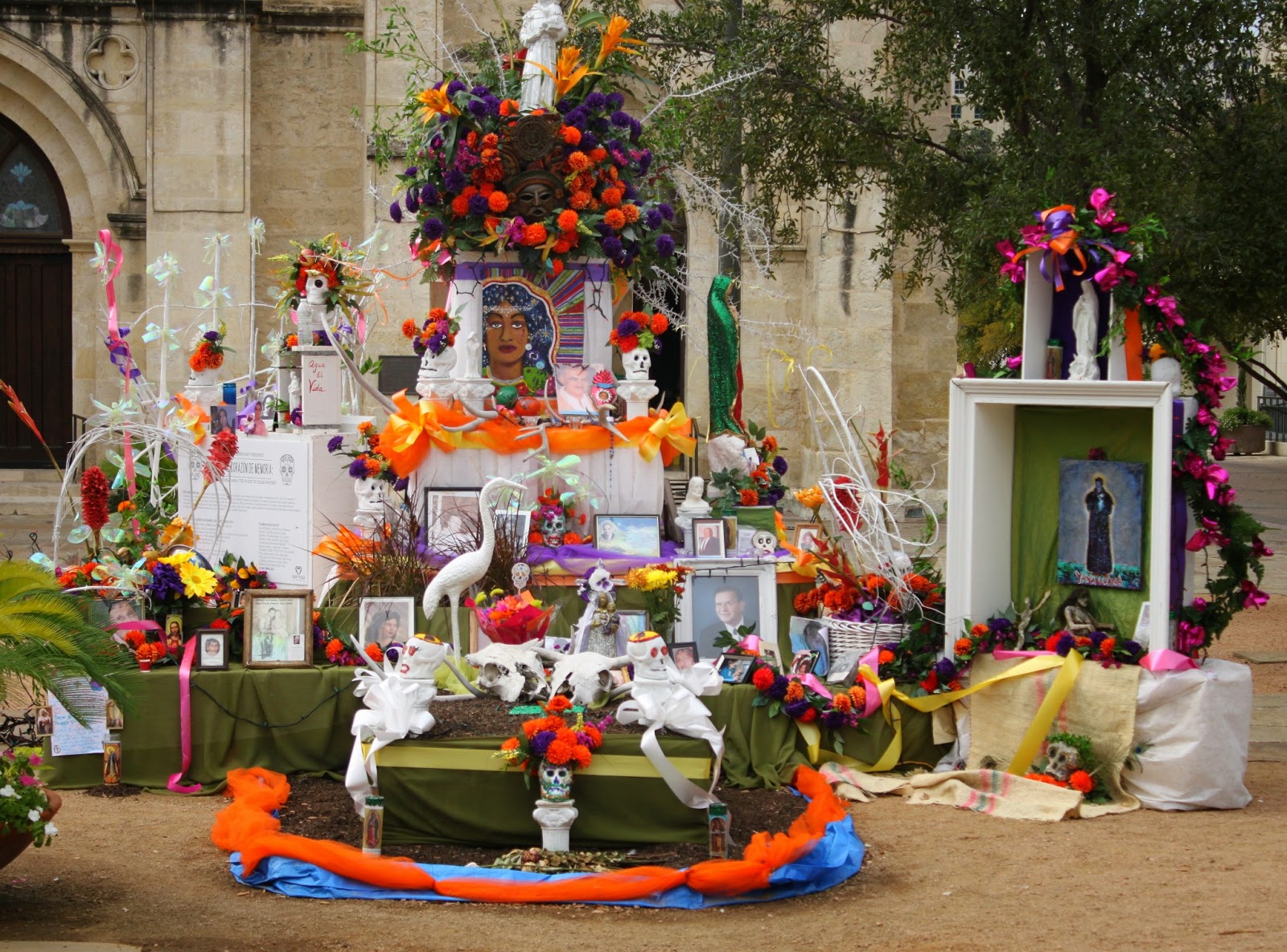 The cathedral is approaching its 300th birthday right along with our city.  The fountains are more recent vintage and get mixed reviews. 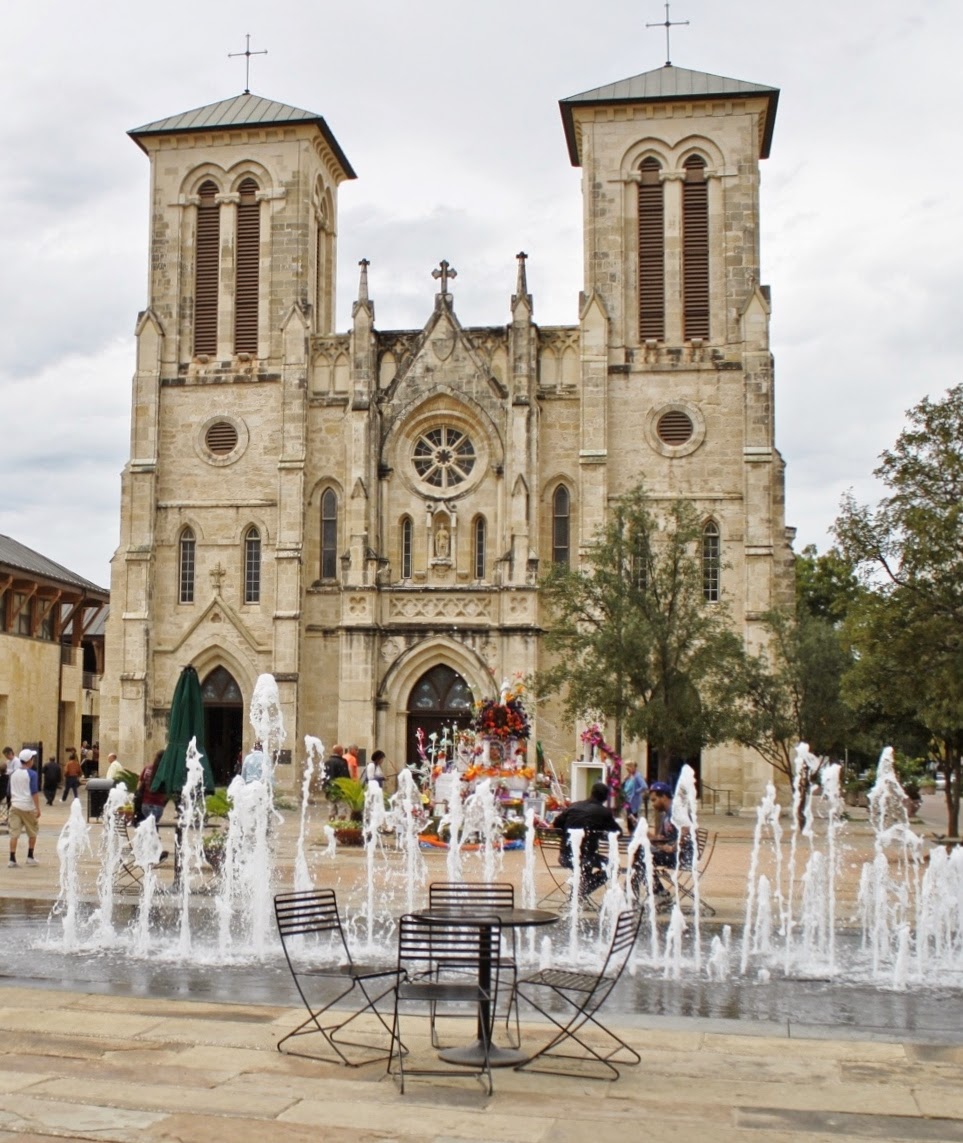 Across the plaza by the courthouse it's time to pick up lunch and find a spot at one of the nearby tables. 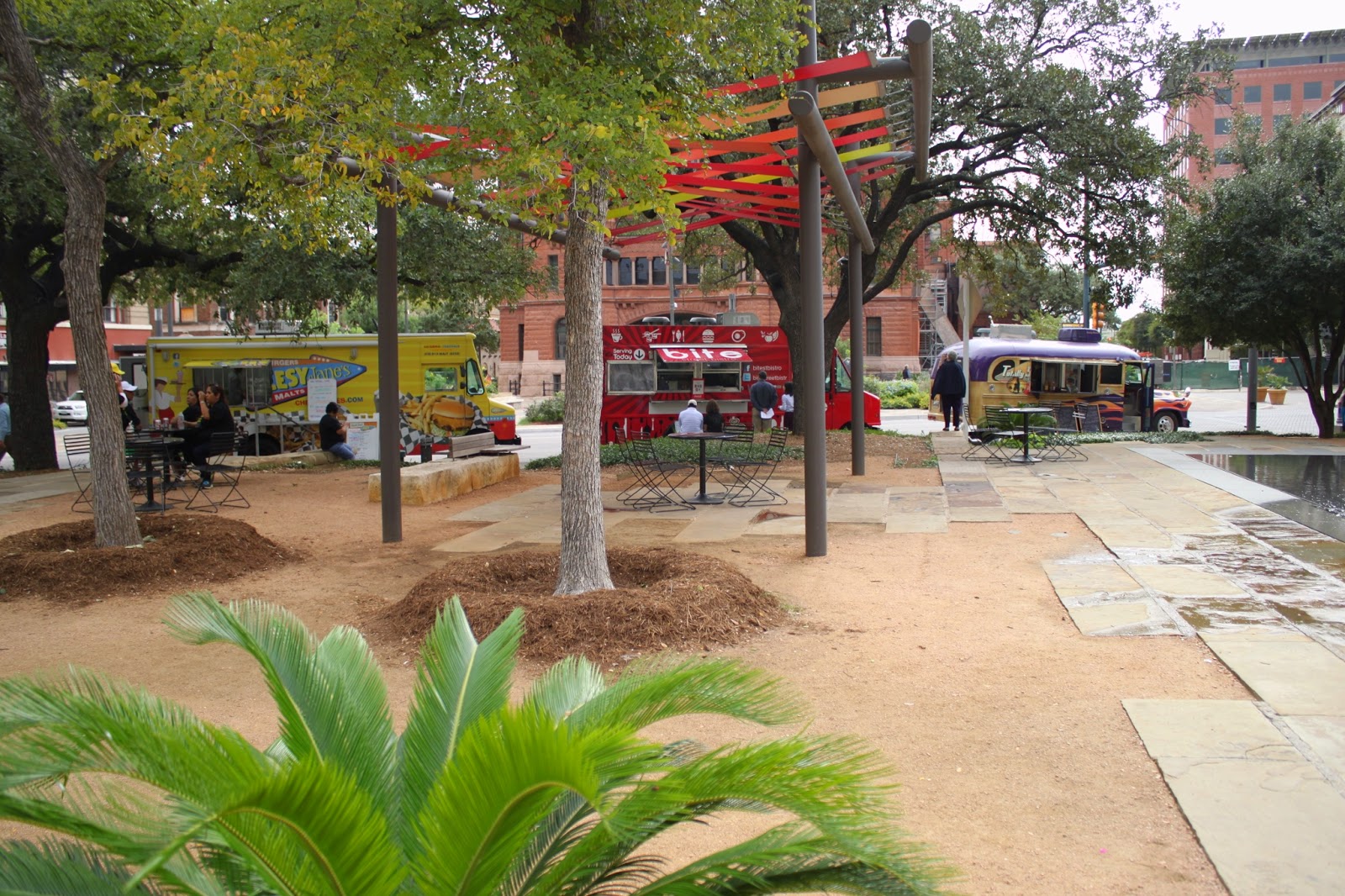 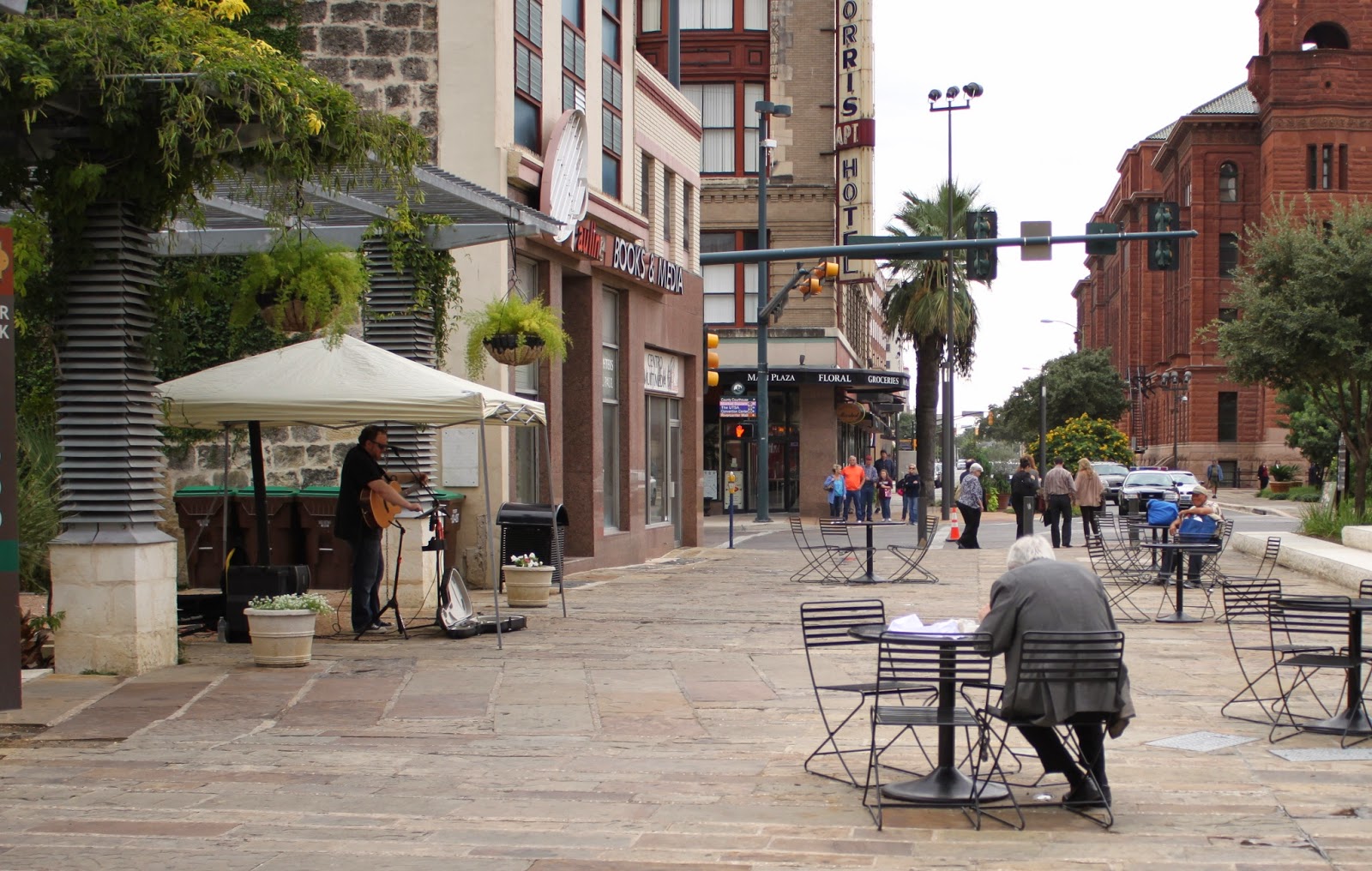 It's always fun to walk through the city and experience our fun blending of cultures.  I posted more views and a tour of beautiful Main Plaza in an earlier post here.
Posted by Shirley Fox at 10:04 AM