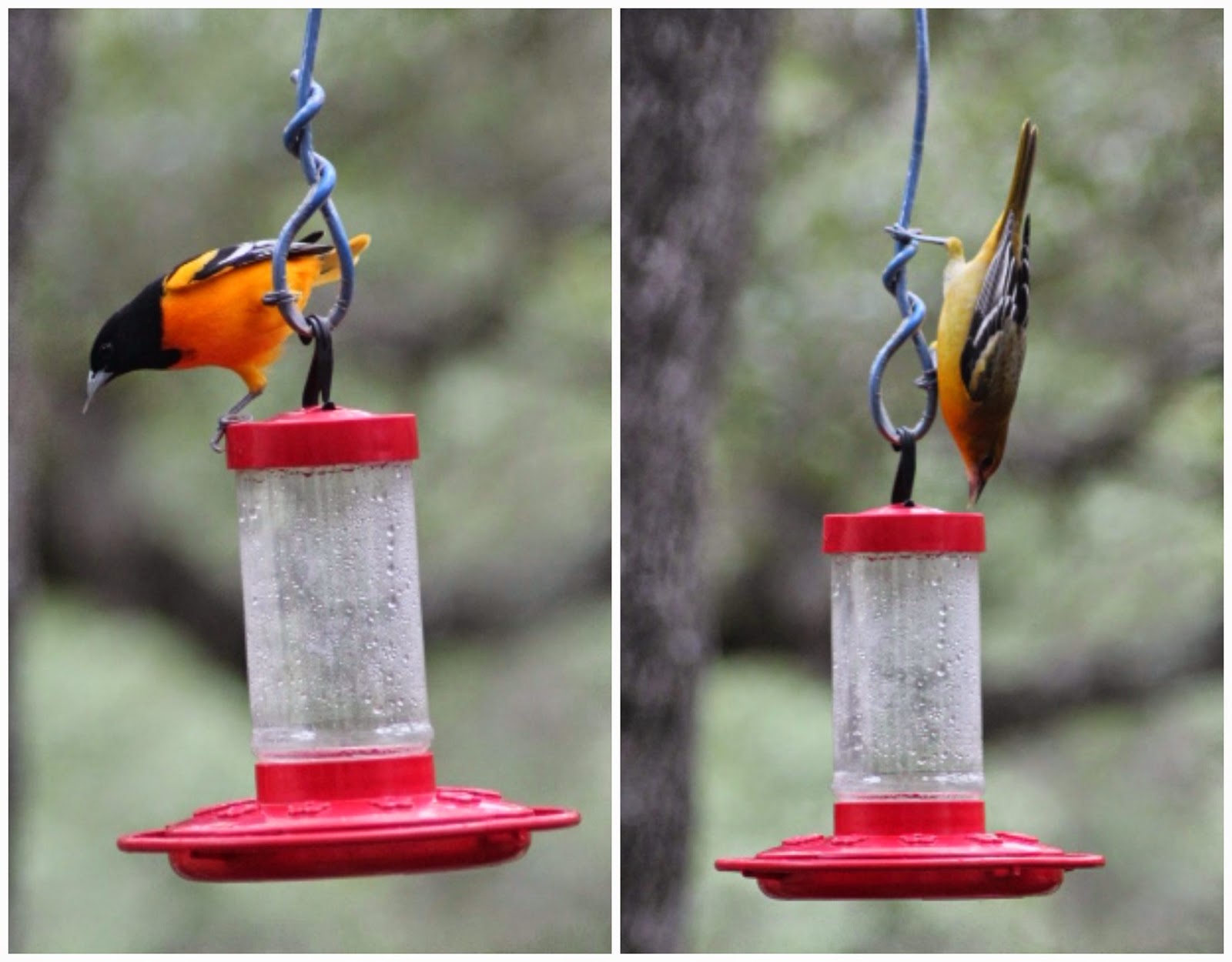 The male is a striking bright orange. 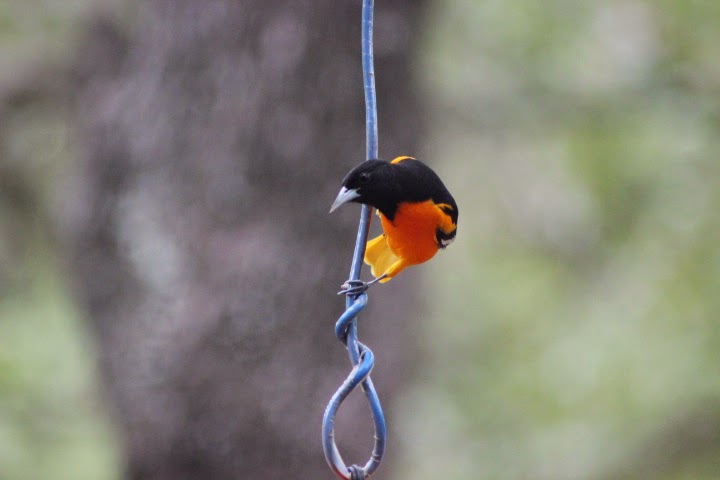 Acrobatic and charming their antics entertained us for several days before they took off to their winter homes in southern Mexico. 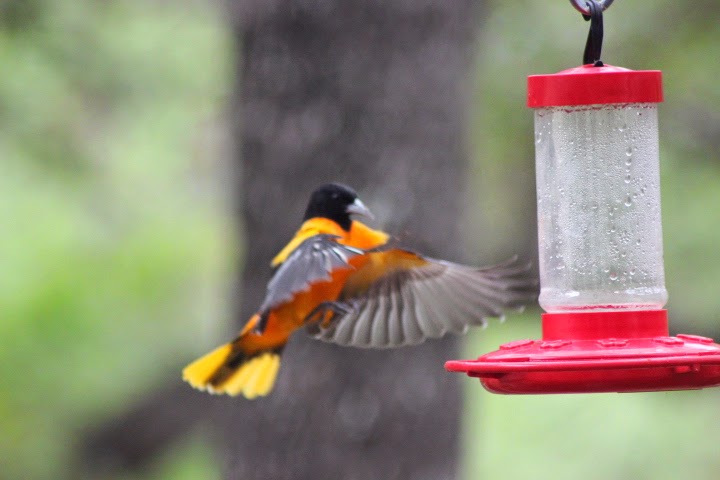 The female is not quite as bright but just as charming and determined.

The Orioles didn't just try to get the hummingbird nectar they were trying to take the feeder apart! 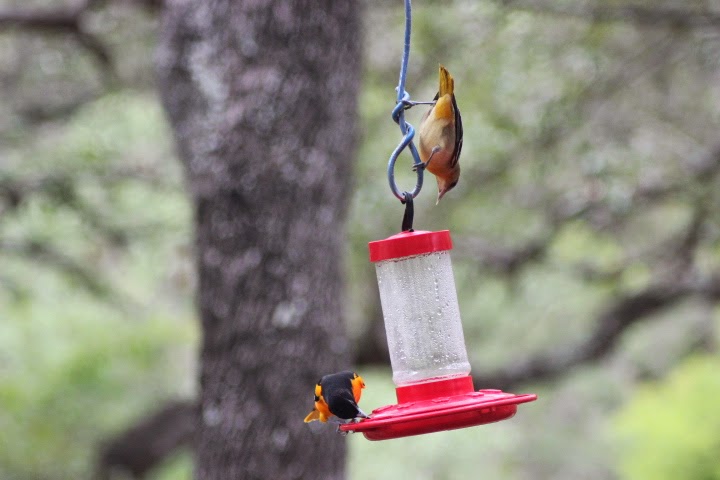 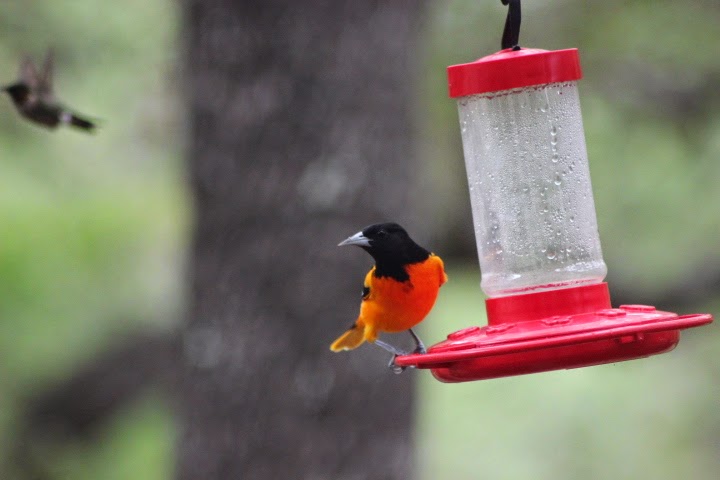 This Ruby-throated hummingbird finally found a break in the action to grab a sip.

In other birdie news, the berries on the Callicarpa Americana or American Beautyberry are ripening and the Mockingbirds and Robins are all over it.  Here we have a Robin eating away.  A flock of Robins flew in ahead of our first cold front a few weeks ago and are enjoying the accommodations before heading farther south.

Now for the October Deer report.

That Agave pup sure is tasty

See that nice silvery Agave back there.... 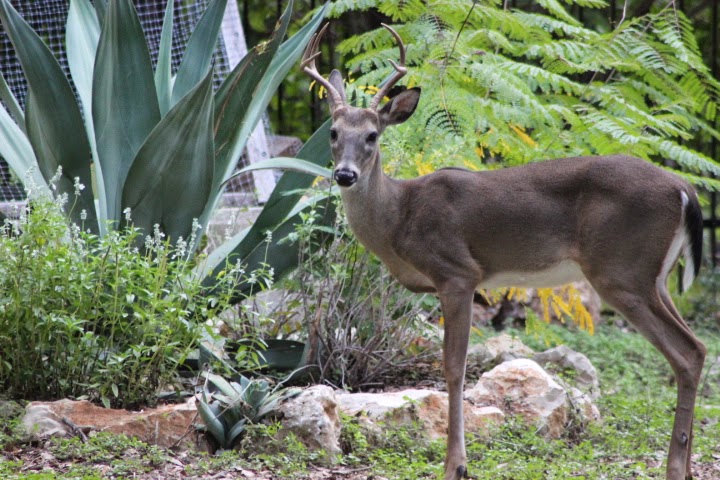 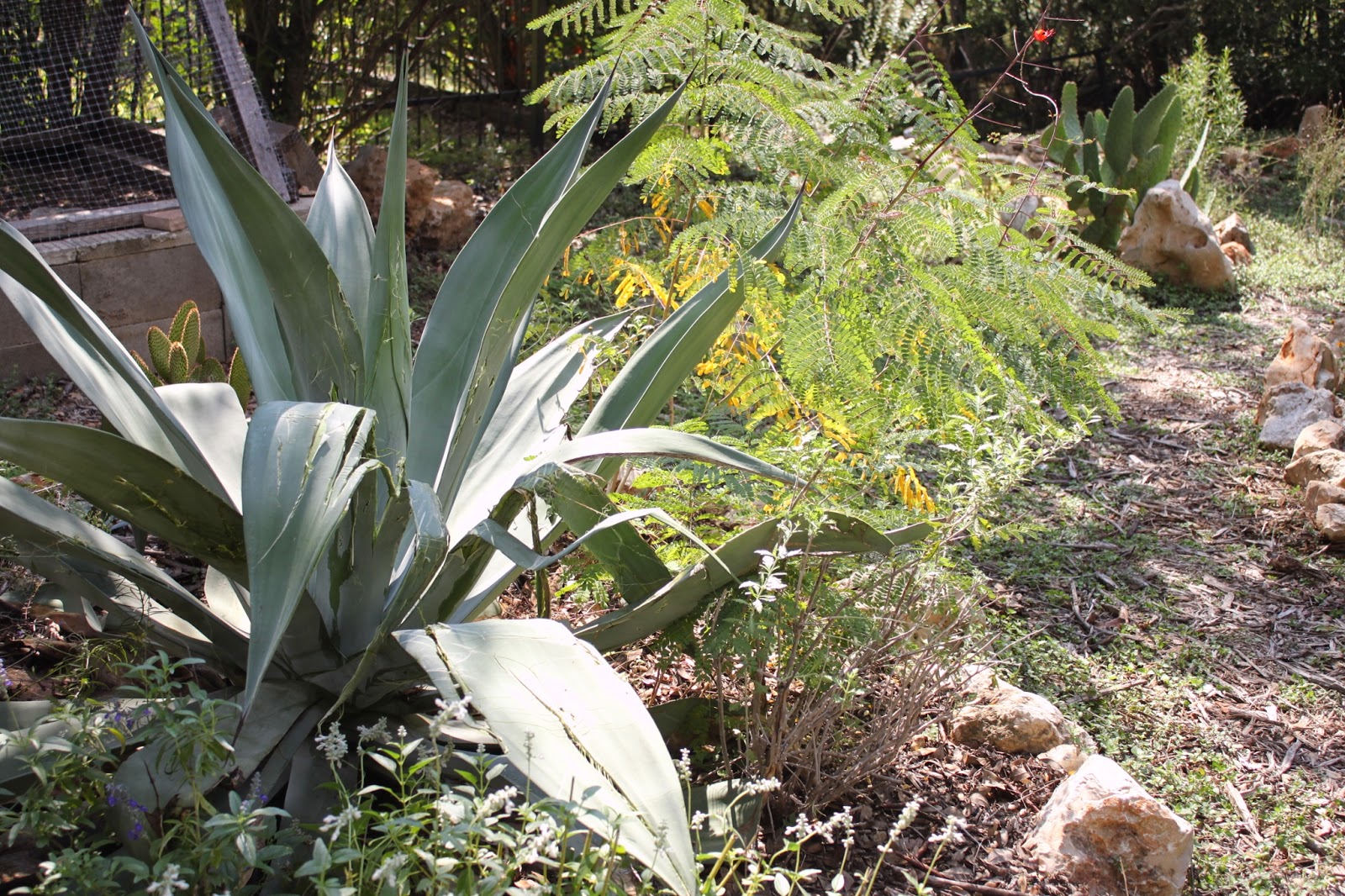 After walking away earlier in the evening the buck apparently returned later to rough up the agave with his new antlers, and we saw this the next morning.

This year's damage is the worst yet.  We have been considering a fence across the back yard and now I know we are building that fence sooner rather than later.

Treat yourself to more wildlife in the garden photos and visit Tina at My Gardener Says....
Posted by Shirley Fox at 1:56 PM