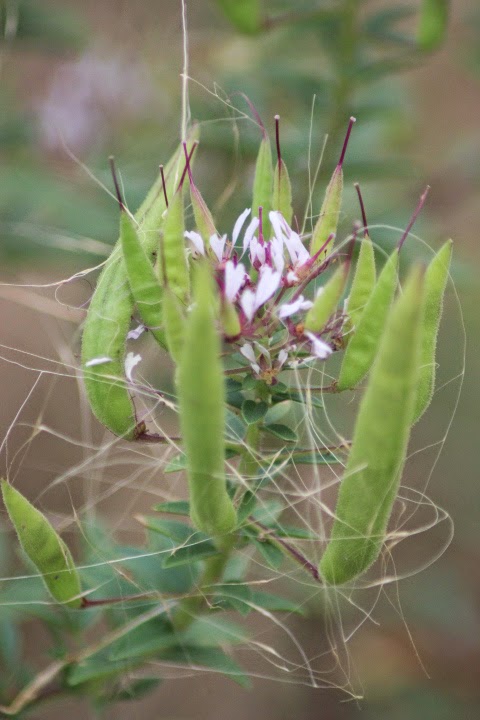 Gregg's Mistflower (Conclinium greggii) has flowered most of the summer after a slow start due to our cooler spring. 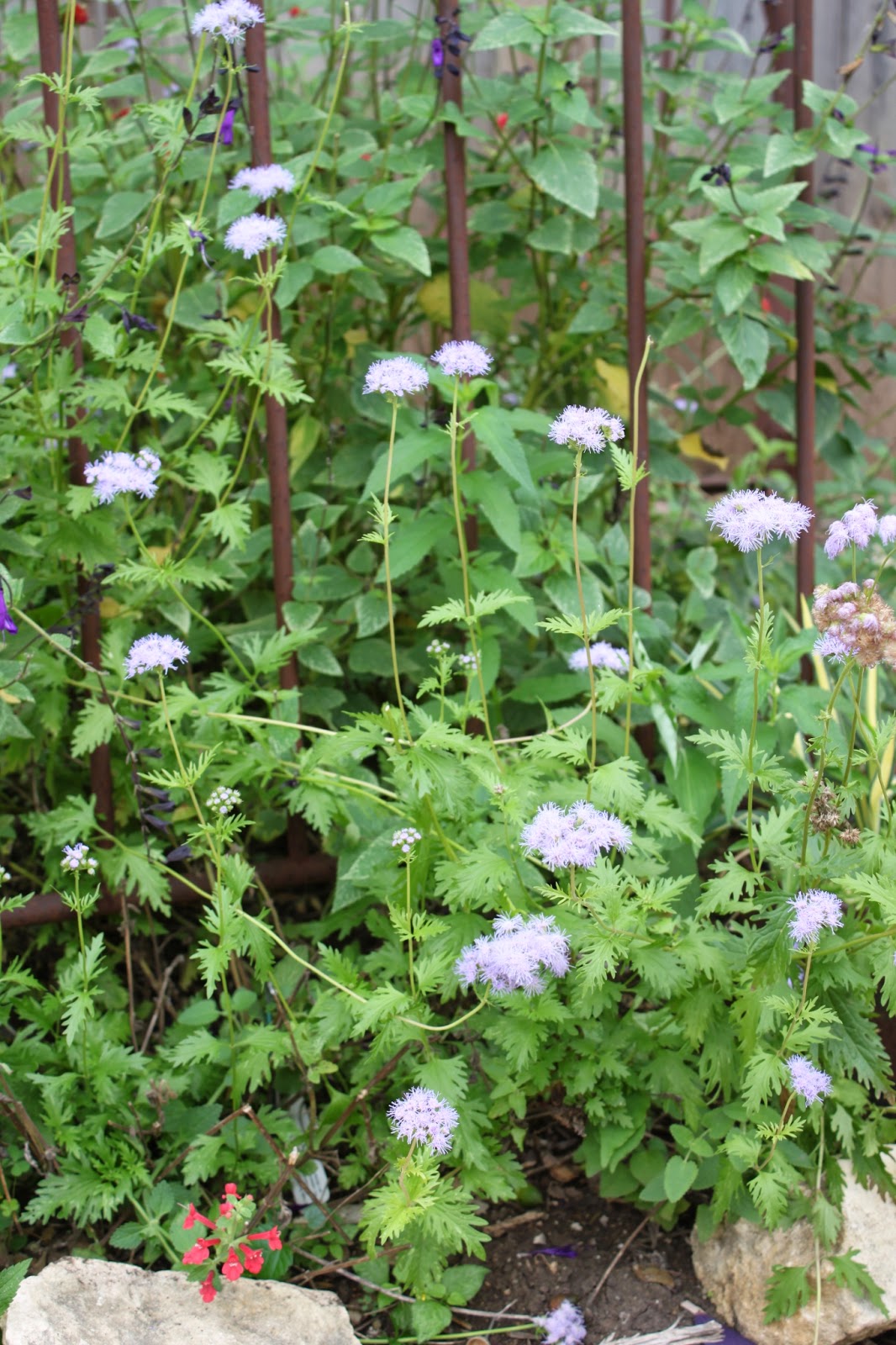 I cut it way back early in September as they faded and now the blooms have returned.  Gregg's mistflower is popular with bees.... 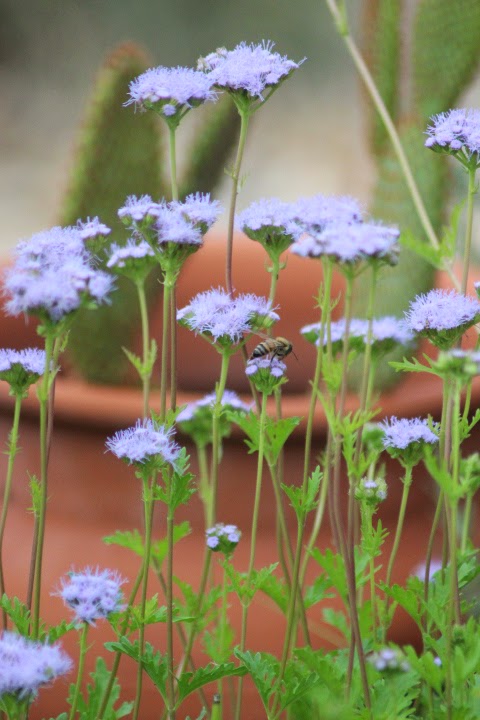 ....and butterflies.  Shown here mixed with the orange flowers of Aniscanthus quadrifidus wrightii or Flame Acanthus, a hummingbird magnet which is native only to Texas. 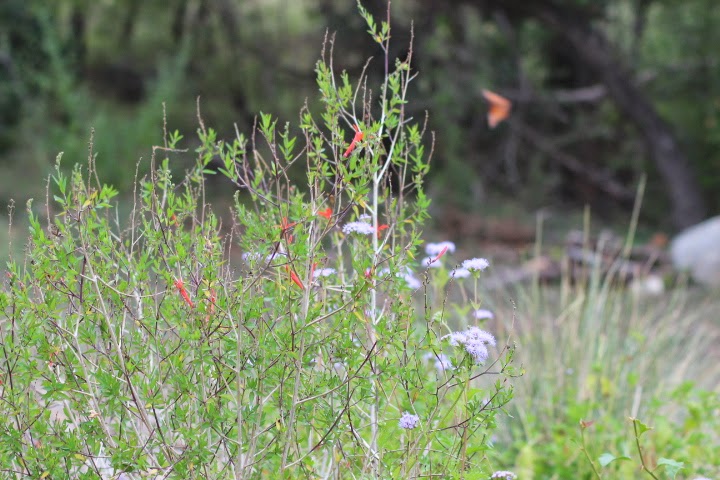 I also cut back the American Germander during early September and the blooms have returned for a second season. 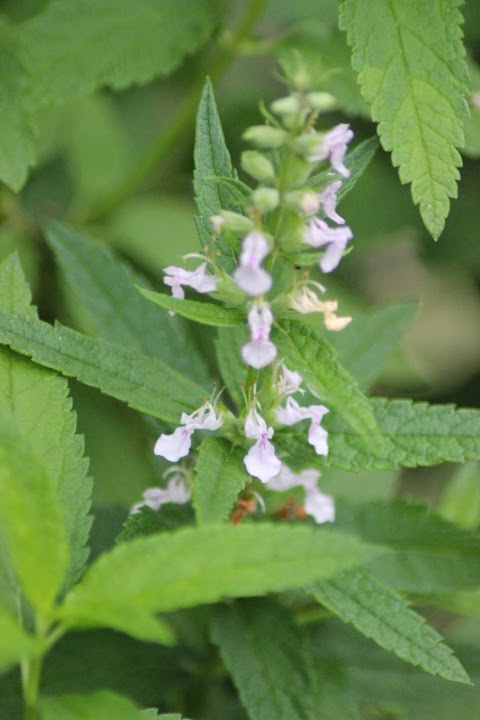 Chromoleata odorata or Crucita is another butterfly magnet.  There were several Monarch butterflies on the flowers this week but they wouldn't sit still for a photo.  This is a Queen Butterfly and there were also quite a few bees working this plant. 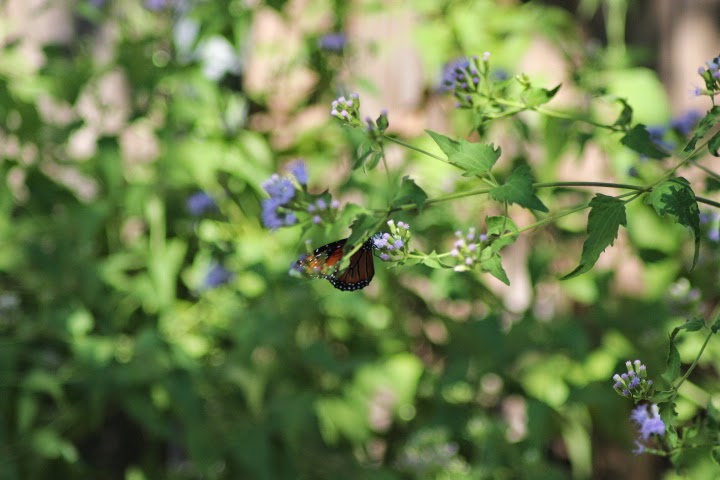 Typically a spring bloomer I sometimes find Prairie Verbena (Glandularia bipinnatifida) blooming away in shady low spots around the garden during the fall months. 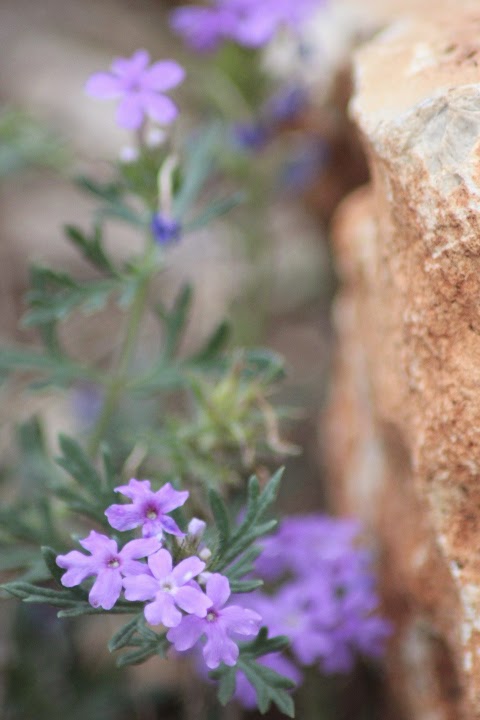 Fading Maxmillian Sunflowers (Helianthus maxmilliani) still make a bright addition and bring a taste of autumn to the garden.  It will be fun to bring a few of these into the house in a few years when they have reseeded enough to spare. 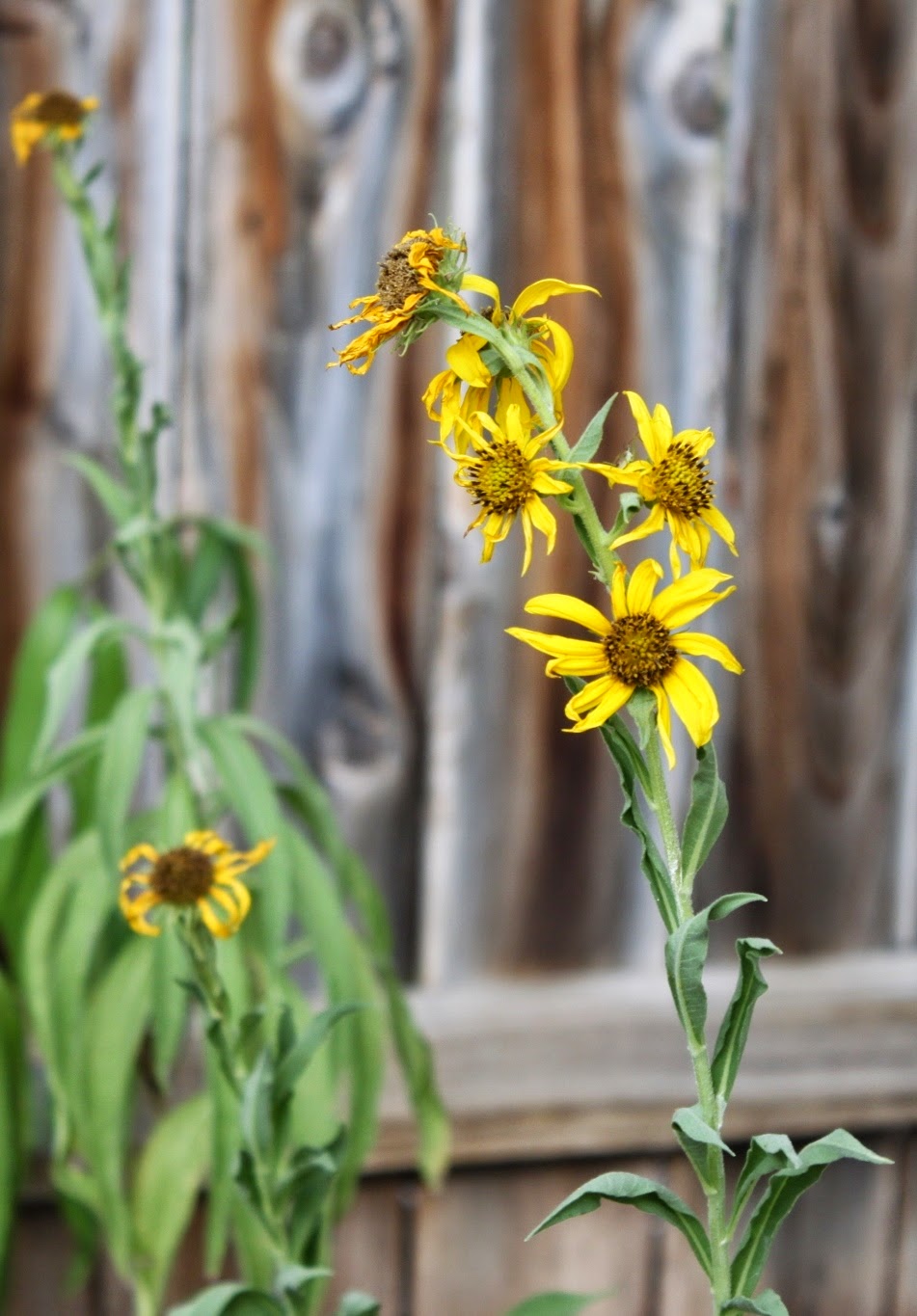 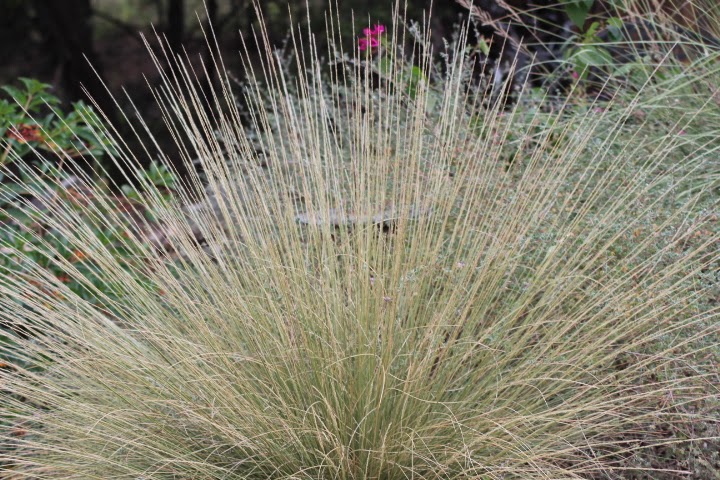 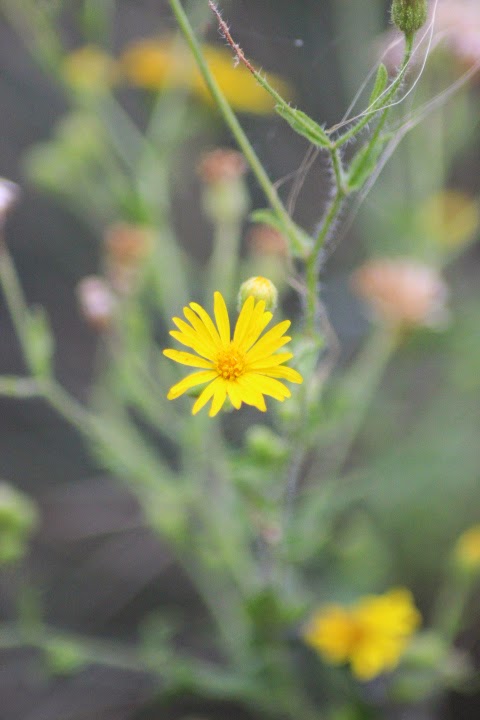 Nearby Helenium araum or Sneezeweed carries on the lemony theme. 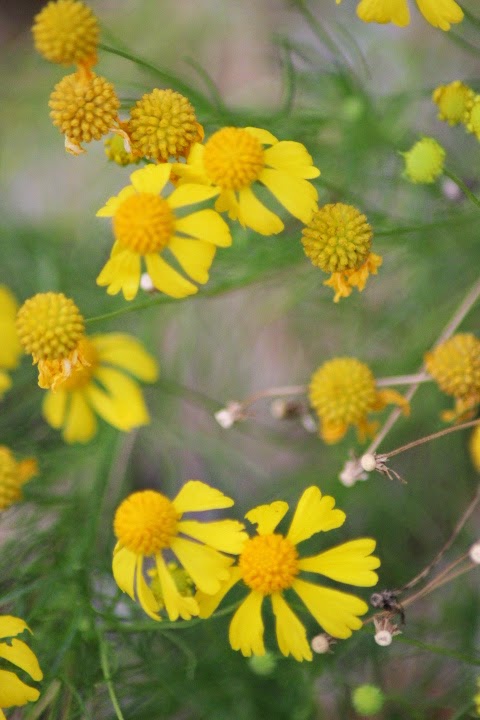 Even though the small white flowers of this Fleabane are hard to spot they will make a good addition to the colorful salvia bed.  Fleabane is new to the garden this year having arrived from the nearby field.  I don't remember if I seeded this one or it grew on its own, but either way it is welcomed here.  I often pinch a few seeds when walking near undeveloped acreage around the neighborhood. 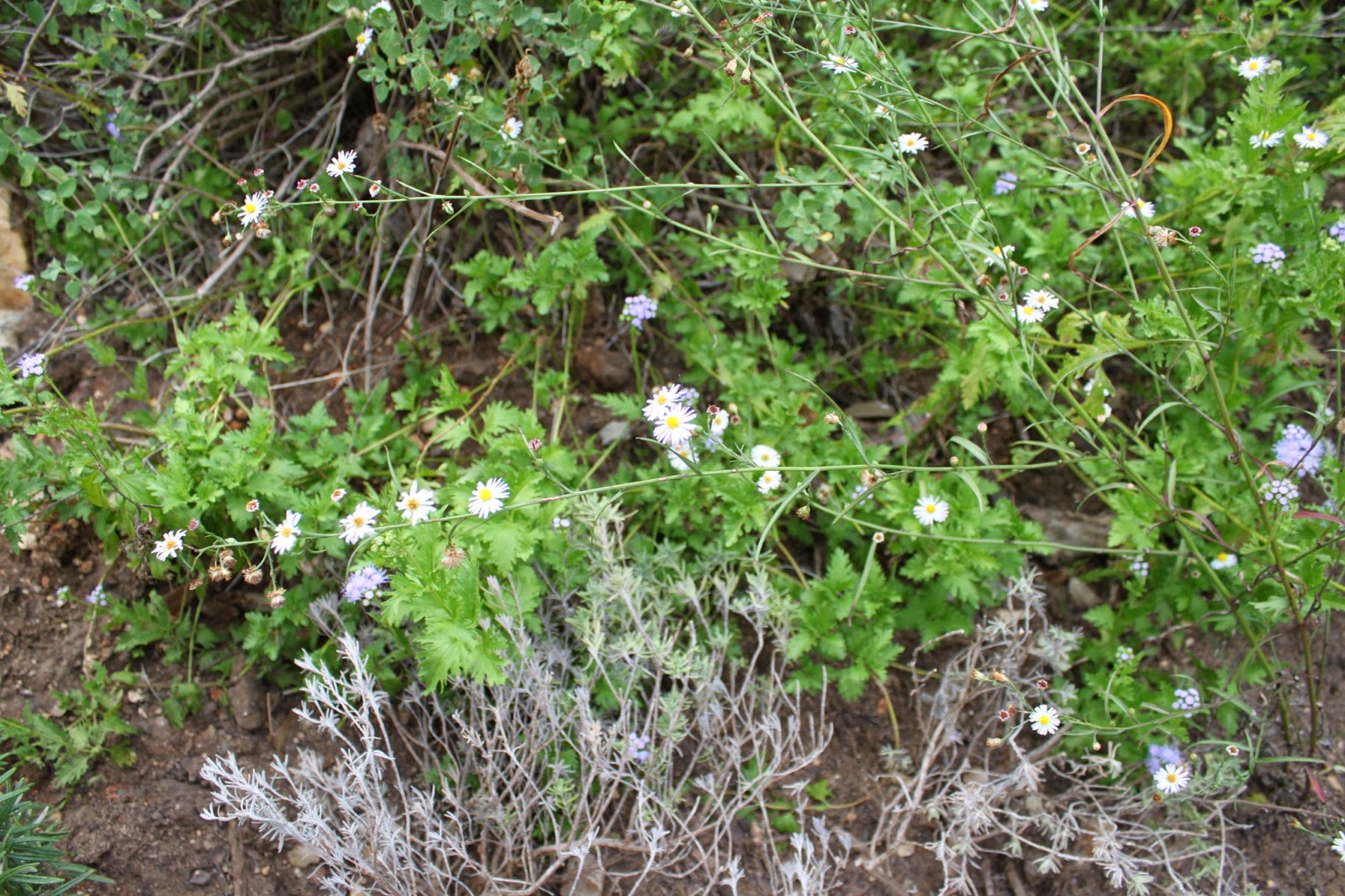 I think this is a type of Solidago or Goldenrod from a local native plant sale.  Next year it will probably be moved to the more natural area at the back of the garden. 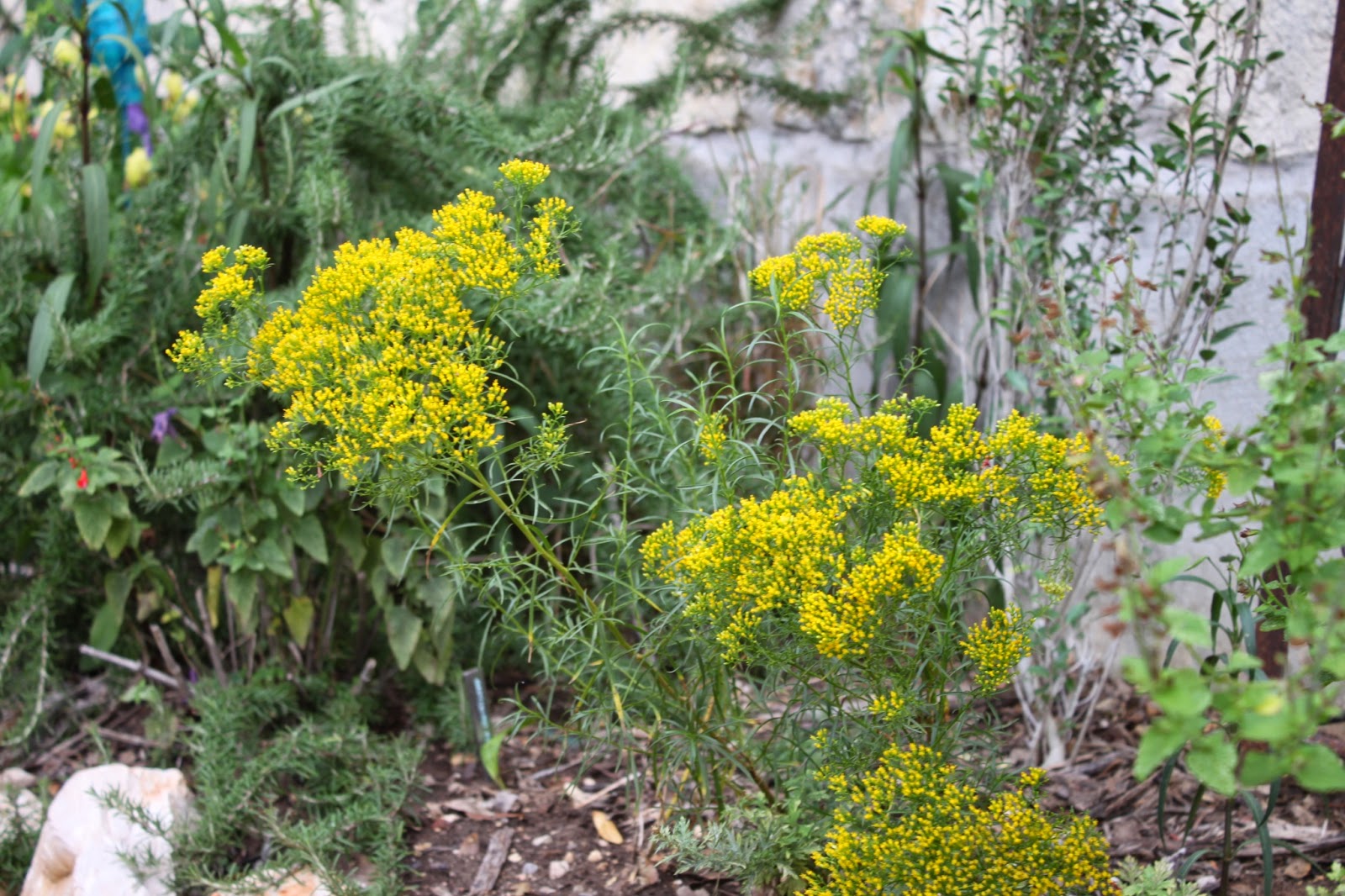 The Zexmenia transplanted last spring have taken hold and promise to provide a line of easy care summer-long blooms across the yard next year. 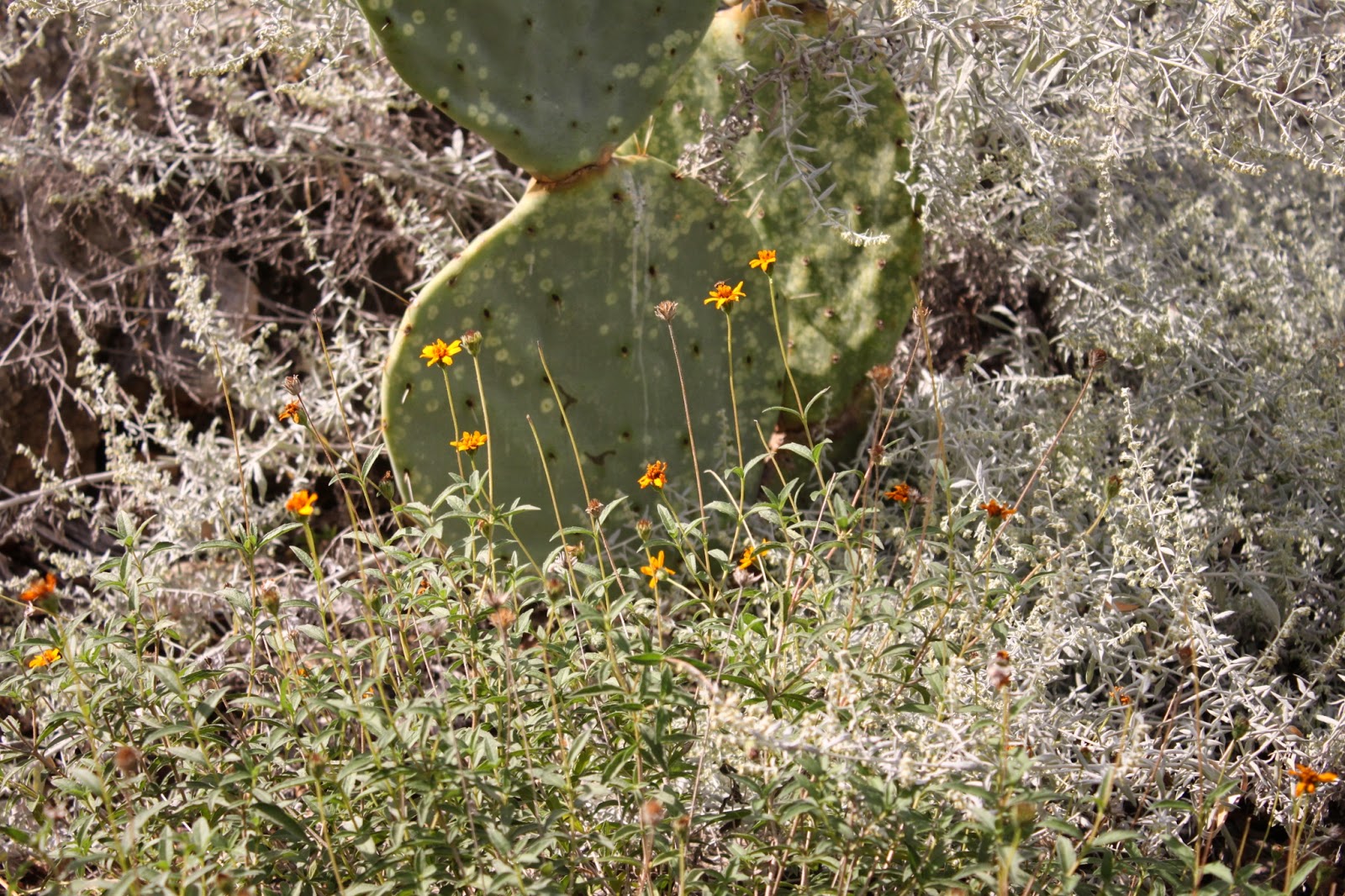 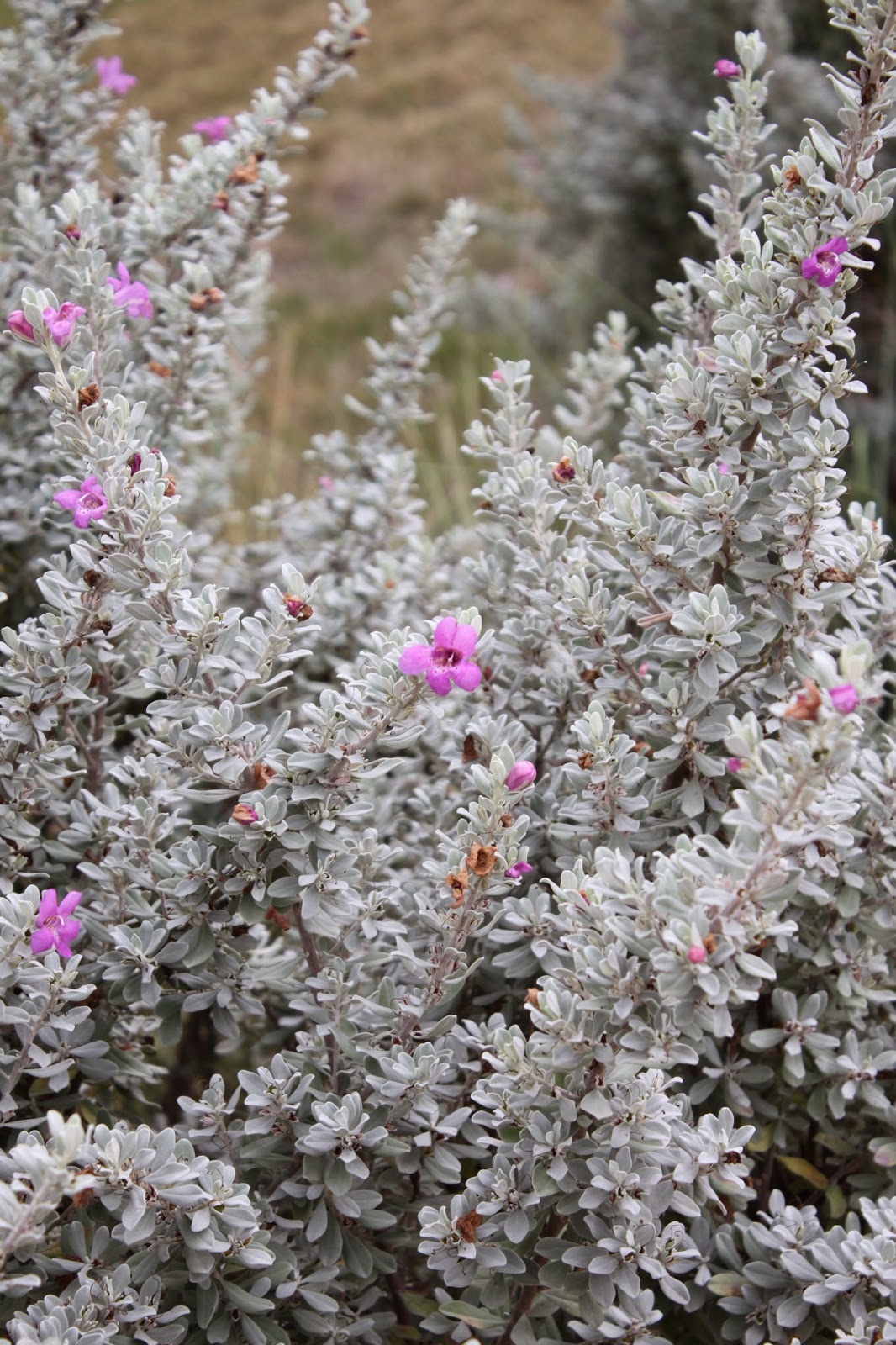 These and many more Texas natives in my garden are such an asset I could not imagine my garden without them.  In addition to blooming beautifully in our tough Texas weather and soil conditions, they attract a fascinating variety of wildlife.

For more on native wildflowers in the garden visit the links posted at Clay and Limestone.
Posted by Shirley Fox at 3:17 PM