"Everything is bigger in Texas" applies to insects as well.

This native Texas Giant Walkingstick (Megaphasma denticrus) is quite appropriately the longest insect in the US.  These walkingsticks can grow to 7" (177 mm)  though the body on this one is just over 4" (101 mm).  This one is most likely a young male according to my research, and just one in 1,000 is male. 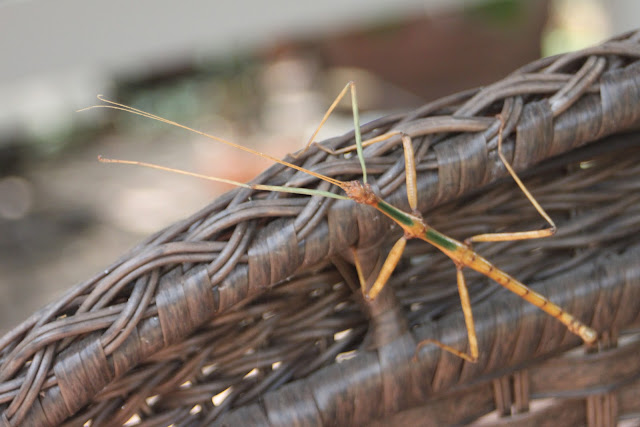 He turned up recently on the back of a chair on the deck and probably climbed up the brown chair looking for oak leaves to eat.  His body looks like a small bamboo twig.  The left front leg appears almost like another antenna because it is extended outward in an apparent attempt to determine the next move.   Our Texas giant walkingstick is not poisonous, but there are others around the world that are and some have found their way here so be cautious if you see one. 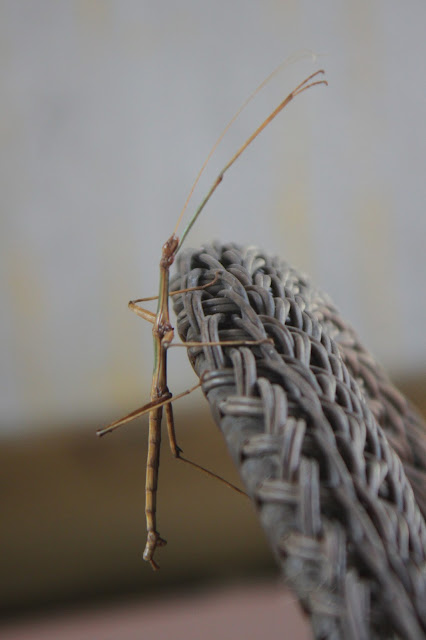 This one was gently coaxed onto a piece of scrap wood 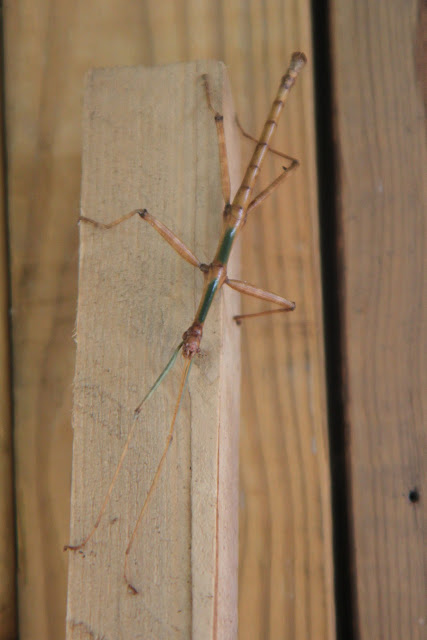 And then relocated to the woods behind the house since he's not likely to strip the leaves off all those oak trees back there. 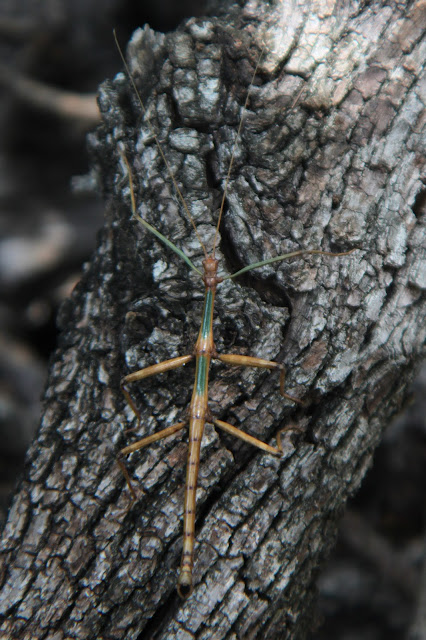 There have been a lot of sightings of these insects reported this year in the Texas hill country.  An article in the local paper suggests this may be the result of fewer residents using insecticides on their lawns due to the drought.  While the drought of 2011 was disatrous, some creatures actually benefitted.
Posted by Shirley Fox at 9:11 AM