Next in my series of The ABCs of Plants in My Garden is Velvetpod Mimosa or Mimosa Dysocarpa. 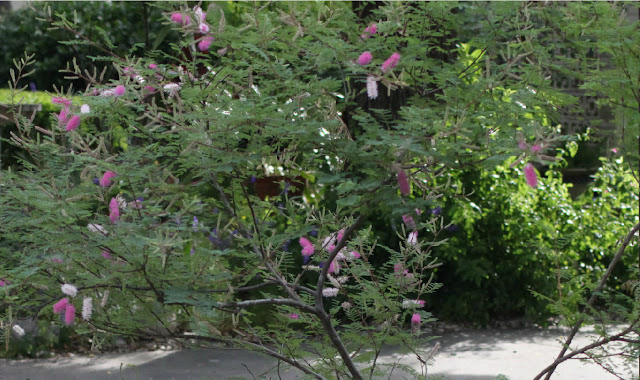 Mimosa?  Isn't mimosa invasive?  Mimosa Dysocarpa is a Texas native plant and is not considered invasive.  Invasive mimosa (Albizia julibrissin) is an asian native brought over in the 18th Century which has escaped cultivation.
.
Native Mimosa dysocarpa is deciduous and extremely drought tolerant.  While it likes direct sun and reflected heat, it also does well in part shade.  The photo above is from Ragna's garden this past spring.  Mine is about 8" tall and in the gravel bed next to the garage where it gets mostly sun with late afternoon shade. 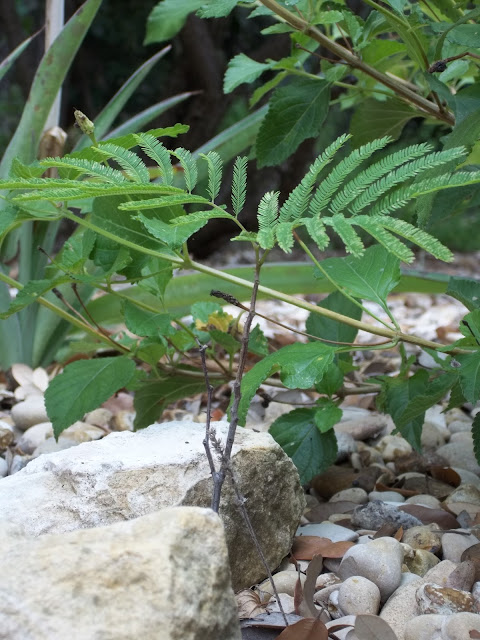 Ragna generously shared a rooted cutting from her plant about two years ago.  The gorgeous spring flowers are pink cylindrical brushes. 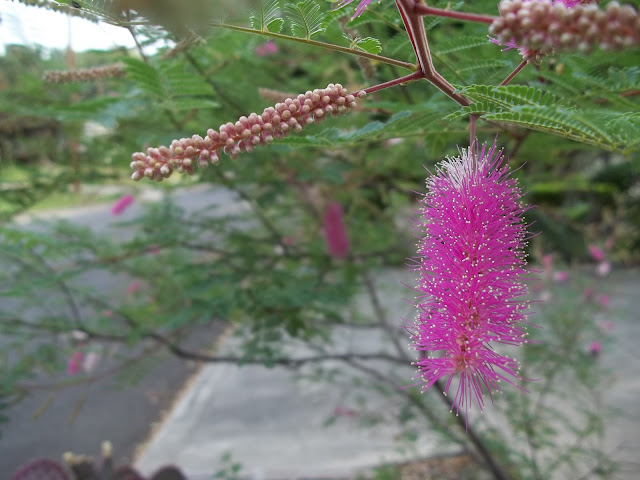 The bright pink flowers fade to pale pink and white. 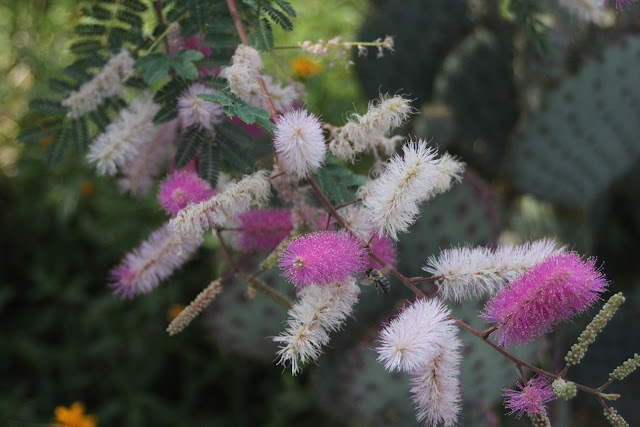 Mimosa dysocarpa has a shrub-like form which matures at about six feet (1.8m) tall.  The native range is west Texas extending across New Mexico to Arizona and south into Mexico.  It's also called Catclaw or Gatuno for the thorns along the branches. 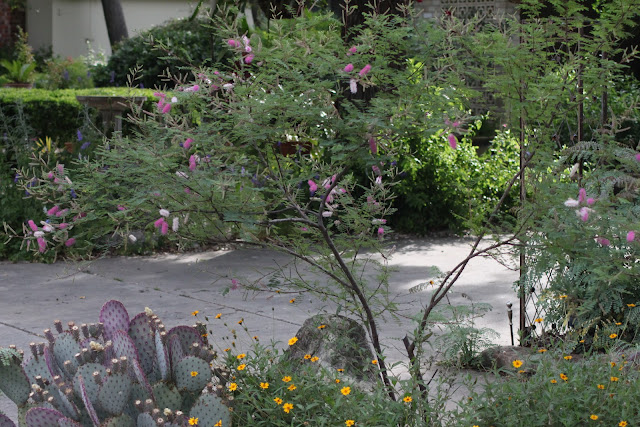 This special native plant when mature will be a bright spot in the front garden against the stone garage wall.
Posted by Shirley Fox at 10:31 AM