Wings of the City at San Antonio Botanical Garden

"Wings of the City," a series of bronze sculptures by Mexican artist Jorge Marín, are on display at the San Antonio Botanical Garden through June 6, 2016 presenting a special opportunity to view classic sculpture in the garden.

Designed as a traveling exhibition shown in cities around the world and sponsored by the Consulate of Mexico along with local businesses, I was thrilled to see eight of the sculptures in November.  A ninth work from the series is on display at the Southwest School of Art.

The artist worked from a lofty concept:

“I wanted to share with a major audience one of my obsessions, which is the possibility of going beyond our physical limitations — metaphorically, we can fly to the place we wish to.” (from Marín's interview with the Dallas Morning News)

Angel Perselidas has just landed.  Beaked masks are designed to encourage interaction according to the artist.  Marín's placement of the sculptures within the gardens and in context of surrounding structures was particularly compelling. 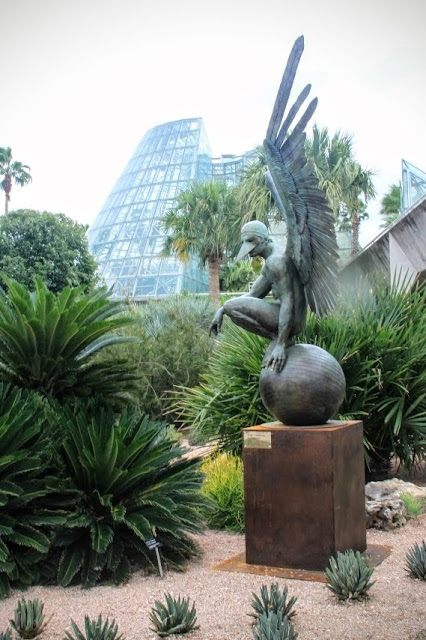 Cycads evoke the wing theme and are a good textural match for the sculpture.  Agaves in the bed below make closeup viewing a challenge. 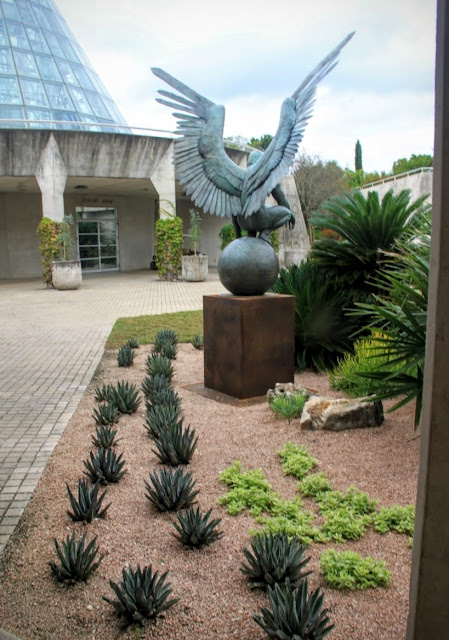 Tiempo crouches in the ornamental grasses with missing arms and partial skull.   Wing details are exquisite.  Marín began forming wings with modeling clay as a child and sculpted his first wings in art class at age 18. 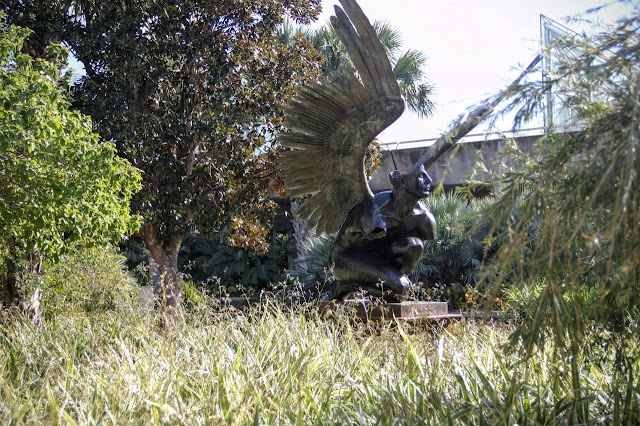 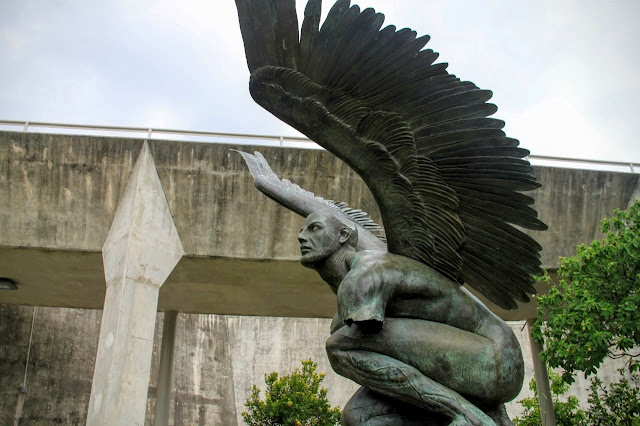 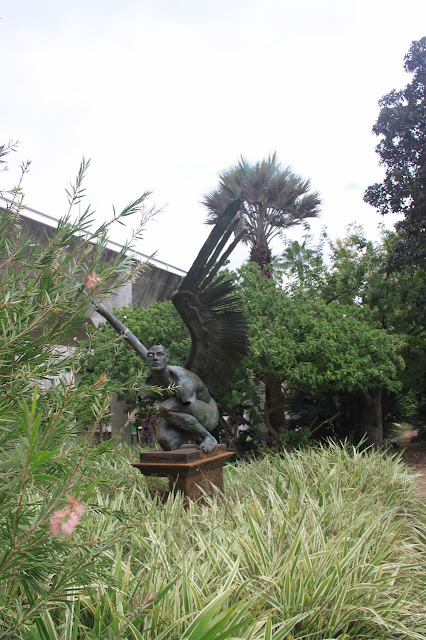 Wingless Split with angled legs reinforced by the form of surrounding buildings. 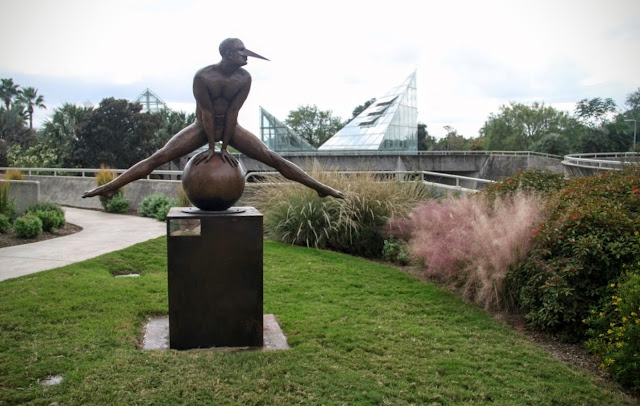 Placed at the highest point in the garden Split has a view of the city:

“In each city the experience is different, because the people make what the city is: their own dreams, aspirations, wishes” (Marín's interview with the Dallas Morning News) 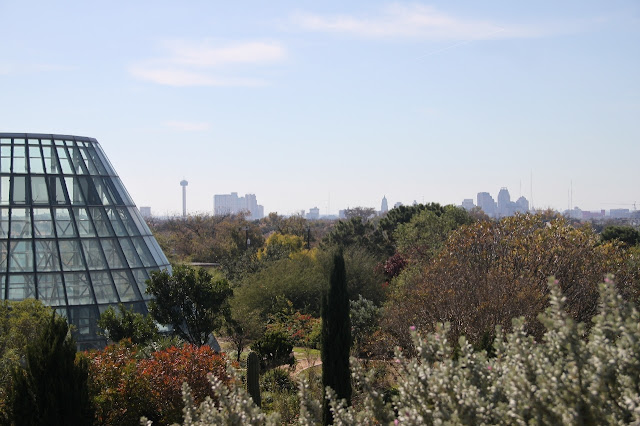 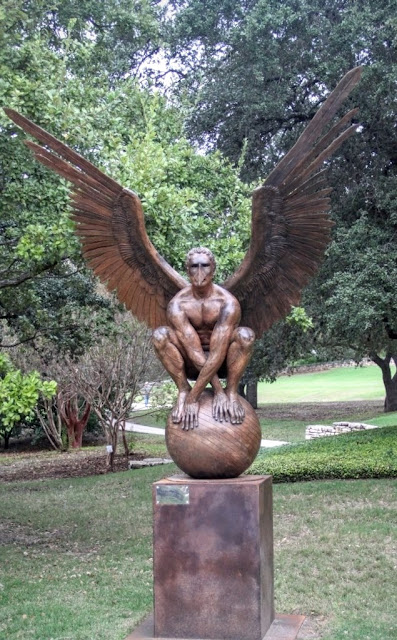 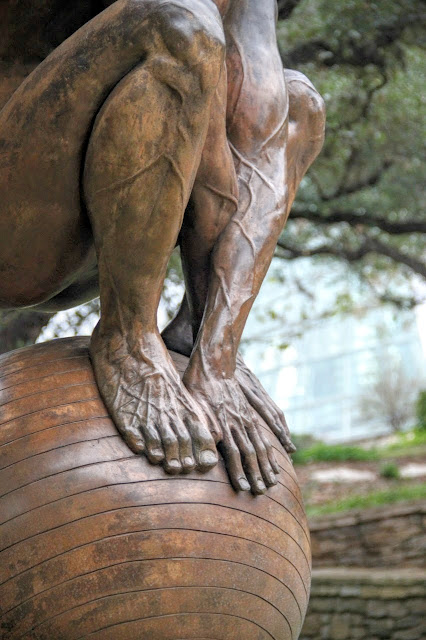 With an aviator's helmet and hands crossed behind Bernardo Oriental rests near a grove of ripening citrus. 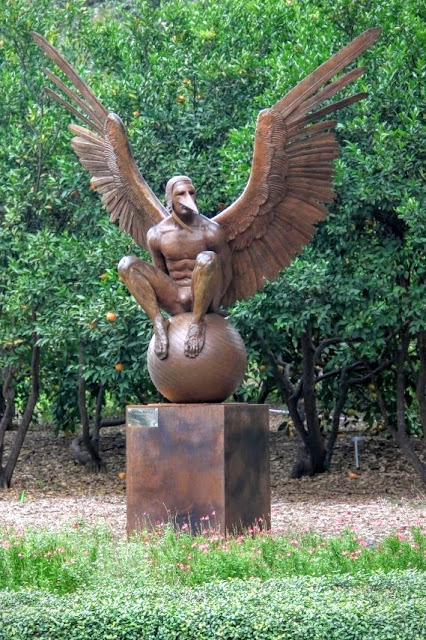 Overlooking the formal gardens emphasizes his classic lines.  Photos from the exhibit in other cities show these pieces set against busy city scapes in contrast to this more restful garden setting. 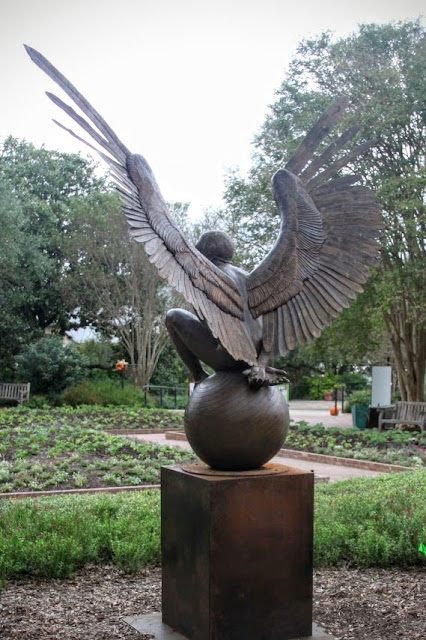 Set in the palm room, Embrazo, an angel comforting a woman Pieta style. 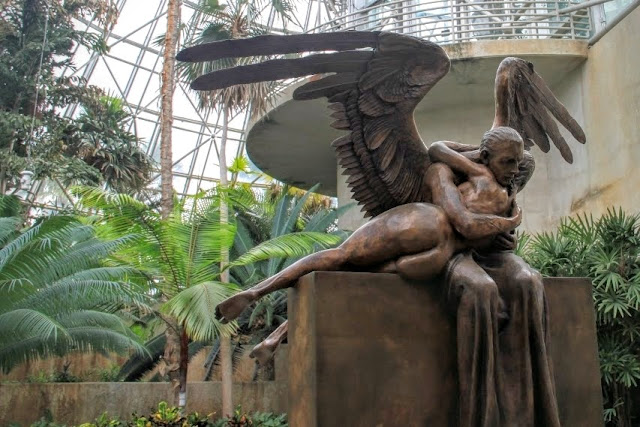 It's the only sculpture in the exhibit displayed indoors. 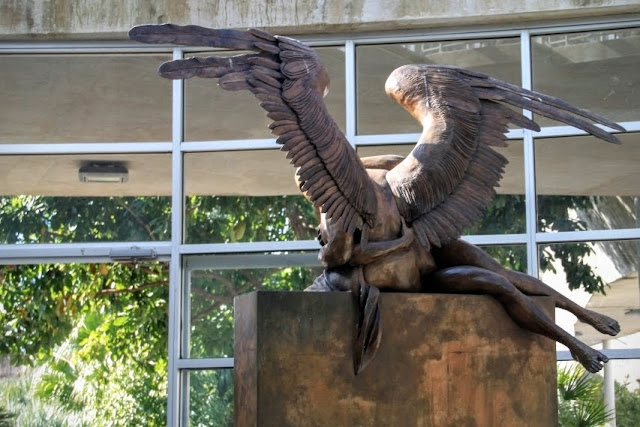 Equilibrista 90 evokes balance and strength in a magnolia grove. 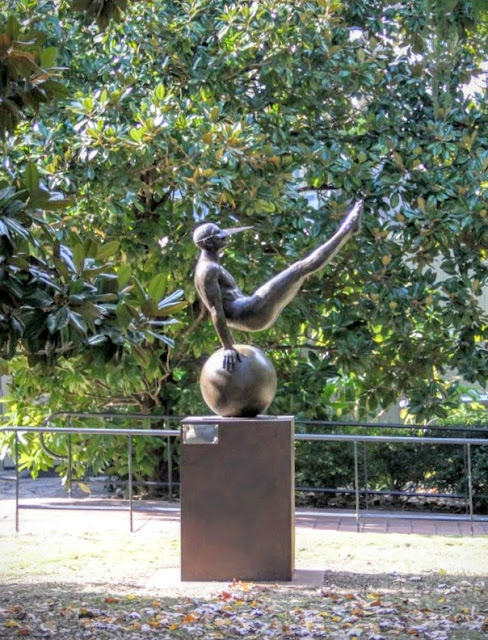 Alas de Mexico (Wings of Mexico) near the entrance invites us to climb the steps and become a part of the exhibit.  Appearing static on their own... 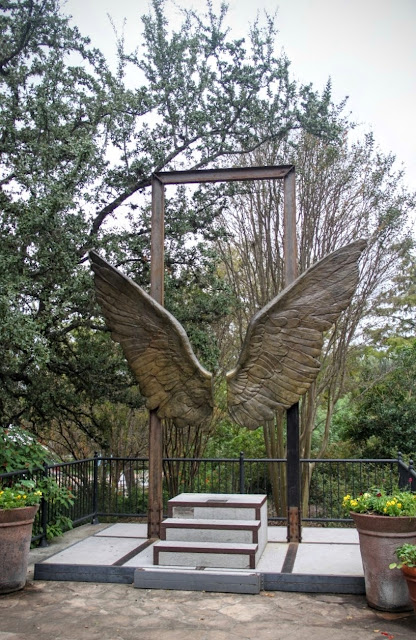 ...then quite dynamic moments later when my garden club friends encountered them. 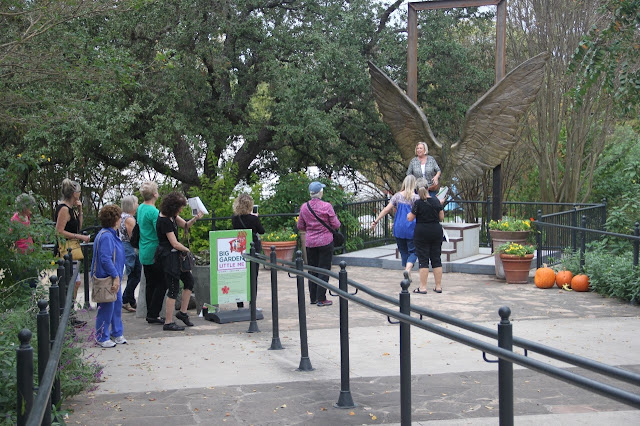 For a different perspective check out Pam's photos at Digging from the Houston stop on the tour. "Wings of the City" will be at the San Antonio Botanical Garden through June 6, 2016 so you have plenty of time to visit this spring for a view of art with the garden in bloom.
Posted by Shirley Fox at 10:11 AM