Sunrise, Sunset, is the mulch finished yet?

While most gardens in colder climates sleep and gardeners stay snugly indoors, mild winters days will often find us in the garden.  During winter months our neighborhood is busy with tree trimming and we try to keep an eye out for tree services using a chipper.  Those chippers usually yield mulch free for the asking.  It's a win-win since the trimmers don't have to drive to the county brush drop-off and we don't even charge them to dump it in our driveway.

And so it was on Thursday afternoon we acquired a truckload of chipped oak mulch. 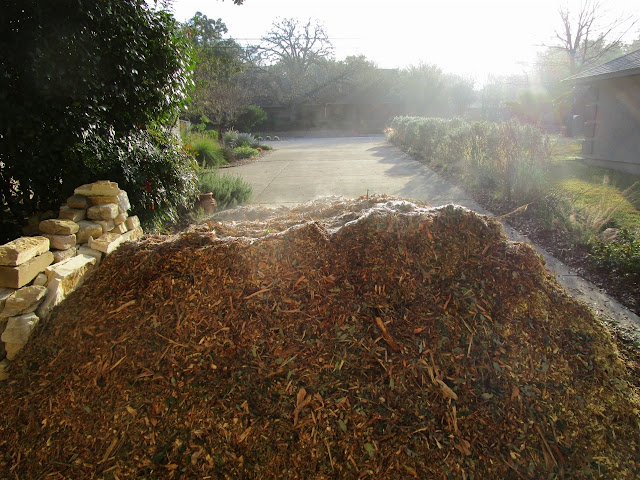 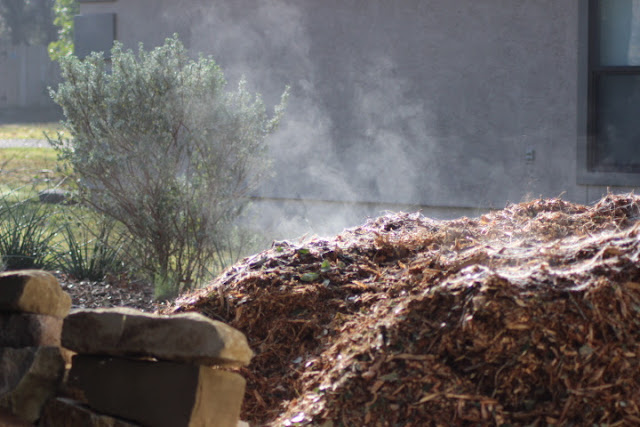 Friday was a beautiful day, near 70F predicted, so we got started right away distributing the mulch.  At first we piled it up in the pathways.  Mulch mostly goes on the paths to keep weeds down, and along the edges of the beds so I'm not picky about the type of mulch which makes tree-trimmer mulch just fine.  Fresher mulch means less mold and dust too. 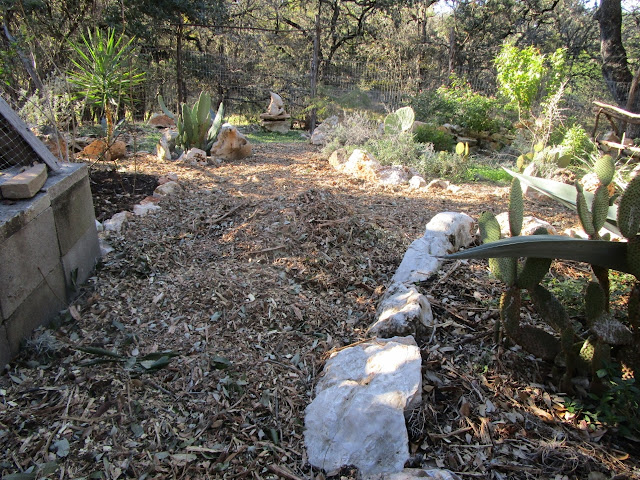 Our mostly lawnless, wooded lot requires a ton of mulch and then some.  This is the third truckload in the last few months and we could easily use more. 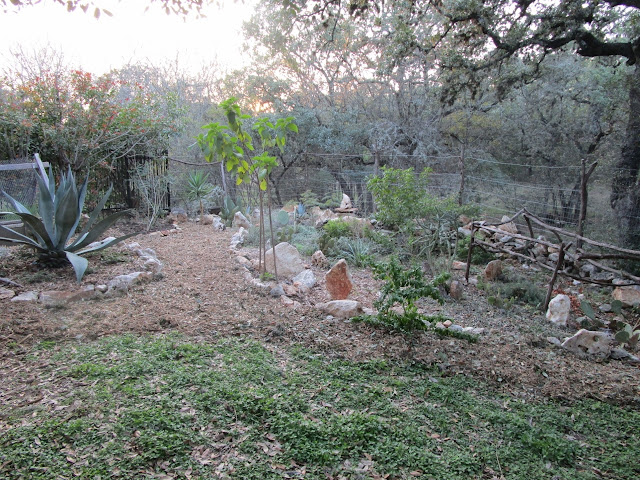 Tree trimming time is limited each year to prevent the spread of Oak Wilt.  The tree trimming window will draw to a close at the end of January and open again in July.  We are always careful to ensure source trees are not infected, as we did with this load. 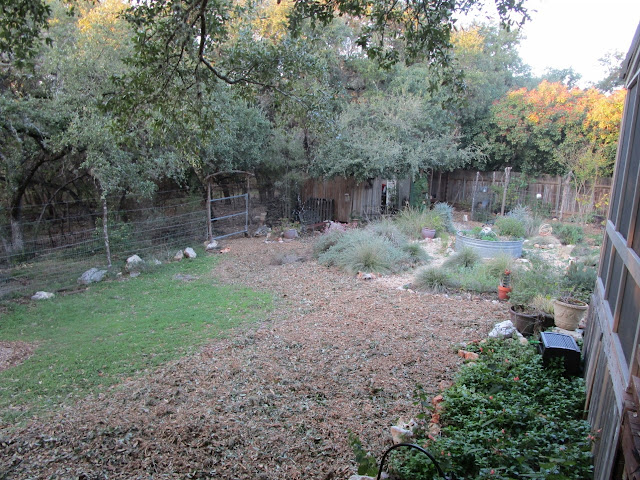 Those green leaves will dry out and blend in quickly. 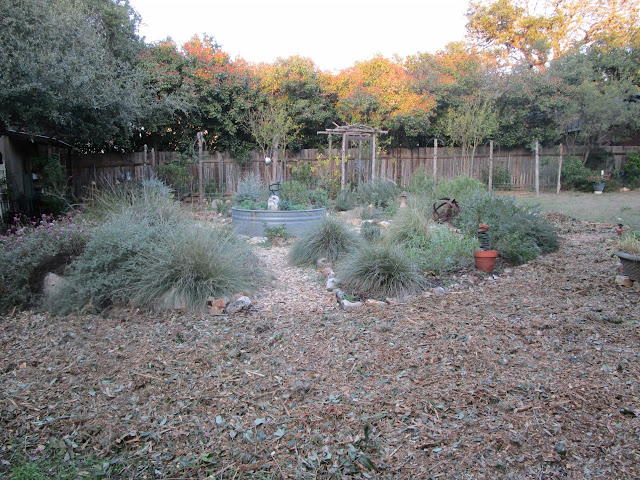 We spread the mulch right away so predicted rain wouldn't make it too heavy to work with later.  Bluebonnets and other wildflowers sprouting behind the fence. 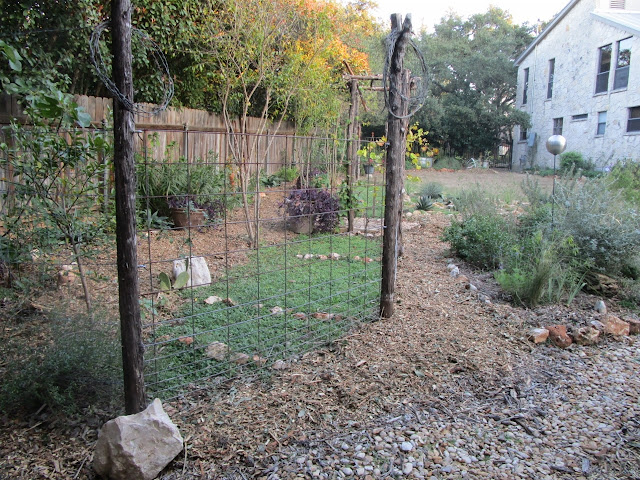 The winter garden at sunset just before a cold front rolled in.  The next day was much colder and very windy so we mostly stayed indoors. 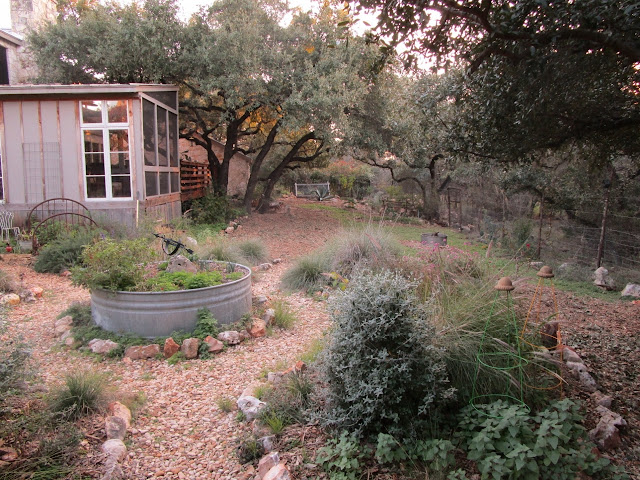 Before:  It's a good thing the backyard is downhill from here! 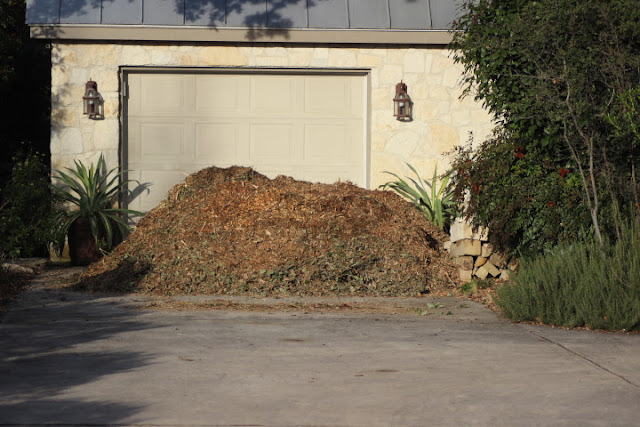 After:  Fifty wheelbarrow loads later (we always count them) just as the sun was setting over the garage and a front was turning the weather cold and windy. 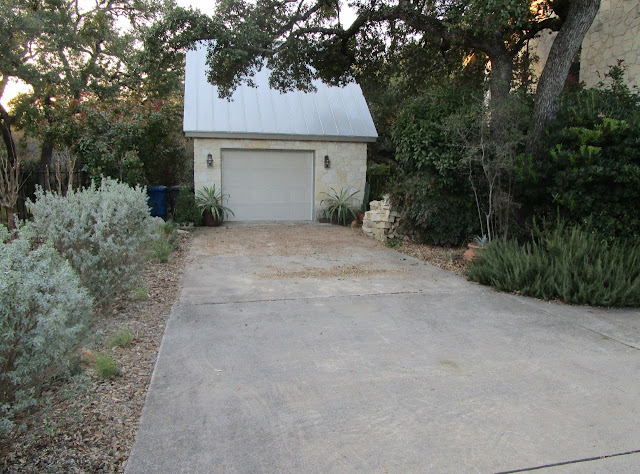 A good days work.
Posted by Shirley Fox at 6:33 PM