It's the first Wednesday of September and I'm joining Tina at My Gardener Says... for a look at the wildlife in my yard.  Last month for Wildlife Wednesday I featured our frequent guest the Barred Owl which was surprisingly active in the daytime. 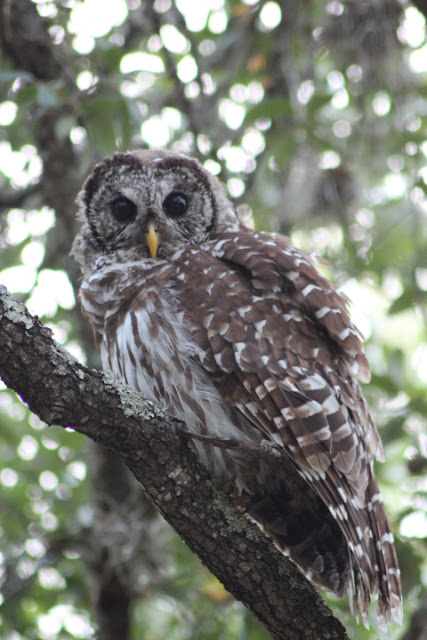 He continued to visit for a few more days and then seemed to disappear until this afternoon when we saw him flying across the road several blocks away.  In looking through my photos I've decided he needed his own post so stay tuned.

I have a new finch feeder which has been discovered by actual finches.  Color coordinated accessorizing is always best.

But first it was discovered by Cardinals 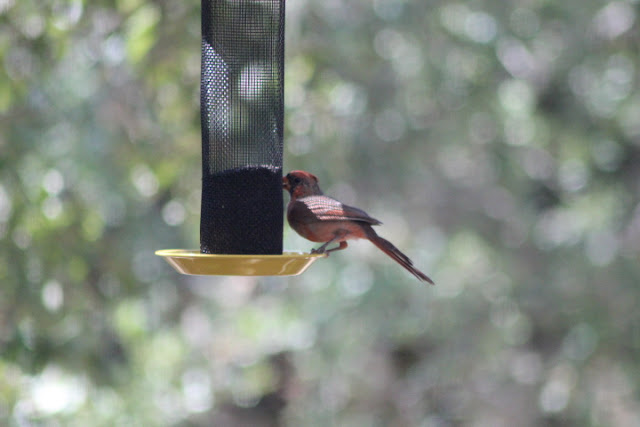 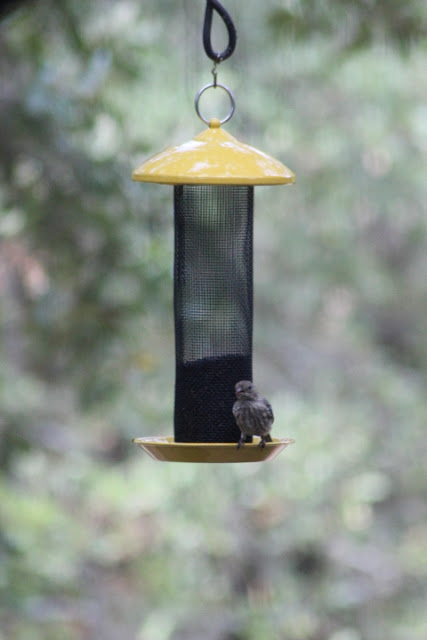 and the Black Crested Titmouse 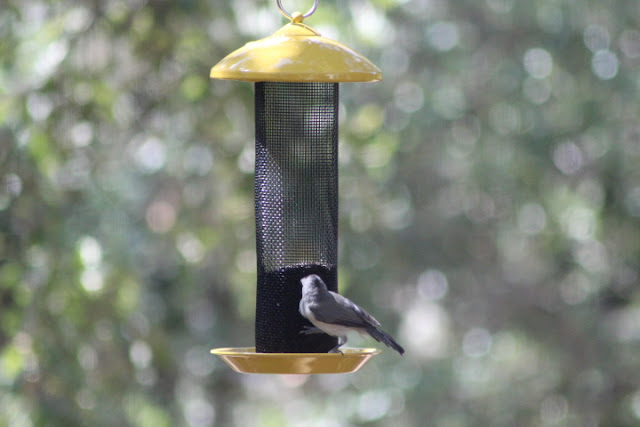 After ignoring the swinging birdbath for years, birds are now enjoying it along with the new feeder nearby.

There's always a bully hummingbird waiting to chase other hummers away from the feeder.

With two feeders now the hummers are more likely to get nectar.

They seem to prefer a super cheap plastic model over the more expensive glass number.

In other bird news a Black Crested Titmouse thinks he's a hummingbird.  They are so numerous I never thought to look them up.  It turns out this Central Texas native is not as common anywhere else.  They are cute as buttons and I enjoy their antics. 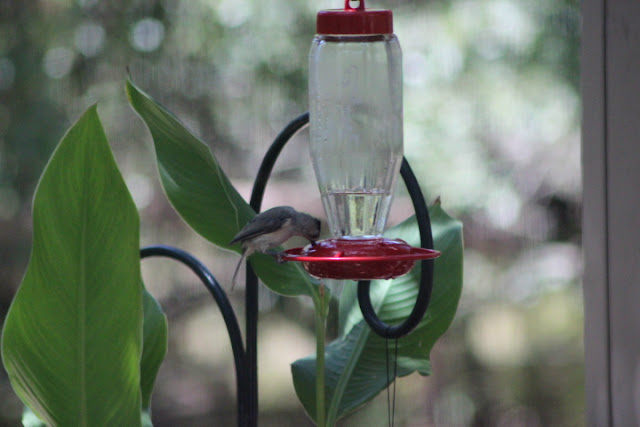 Birds aren't the only ones to enjoy the hummer food.  Much to this anole's delight the feeder sometimes leaks onto the rail below.

We've tried to explain the risks of waiting for bugs at the birdbath but the anoles just won't listen.  Can you spell FOODCHAIN? 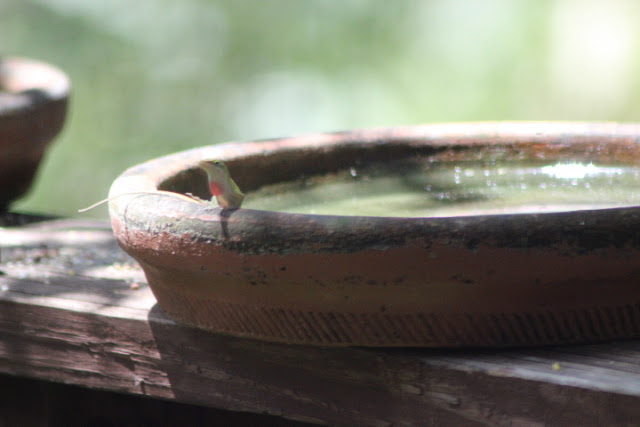 I discovered an anole desperately climbing up and sliding back down the wheelbarrow sides.  So that's what all the commotion was about!  A lifeline in form of old tongs I use for dealing with cactus  was tossed in.

At first he clung tightly to the tongs

Then jumped over to the house.

Gone in a flash!

Another rescue yesterday.  A nearly transparent Mediterranean House Gecko sliding around the sides of a plastic bucket.

across the mulch to nearby rocks and vanished.

Deer are still not happy about being fenced out. 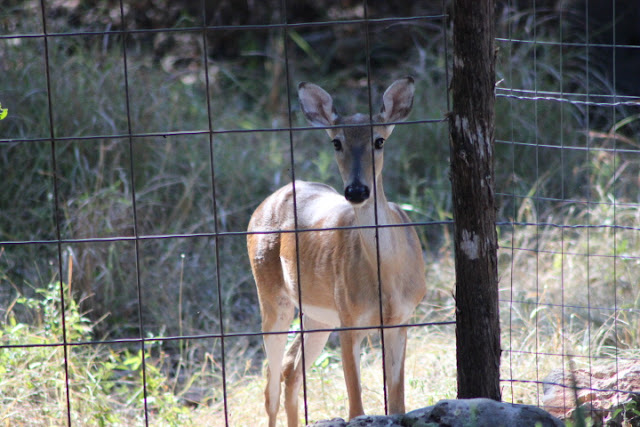 Sorry girl, you and your friends are just too destructive.

That's the roundup of wildlife in my garden for August.  Check out the posts linked at My Gardener Says... for more garden wildlife.