A few photos from the Supermoon Lunar Eclipse last night.  It was a bit cloudy so not the clearest view.  By the time we saw the moon it was already cloaked in darkness. 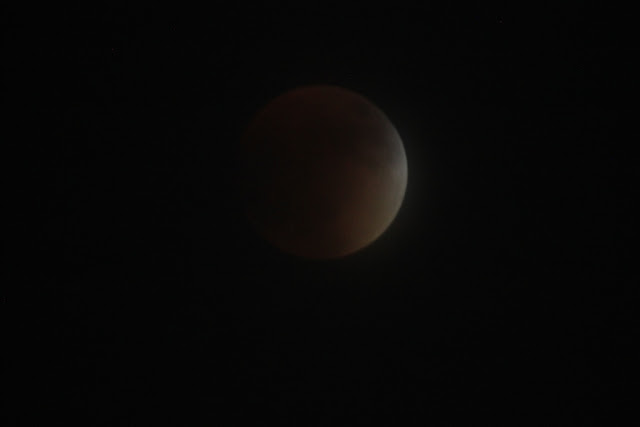 The eclipse began to recede 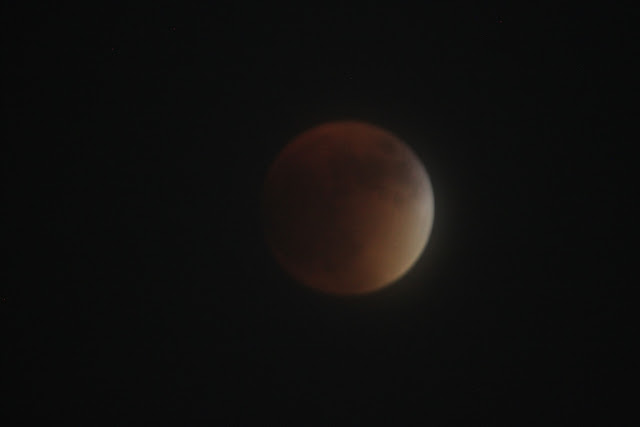 People gathered in parks around the city but we stayed home and watched from the driveway.  City lights didn't interfere too much.  Over the next hour or so it turned red or the "Blood Moon". 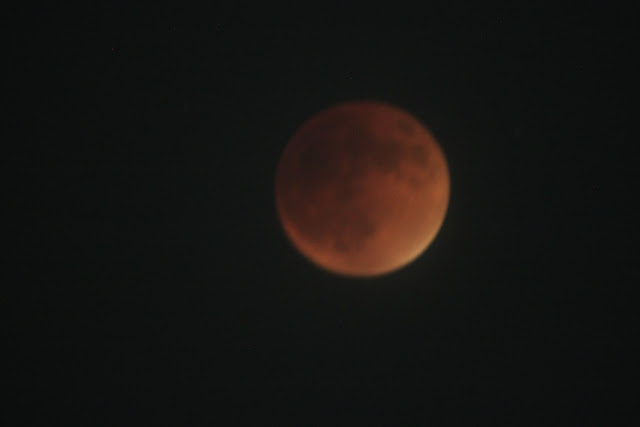 As the shadow of the earth passed over the moon the edge brightened. 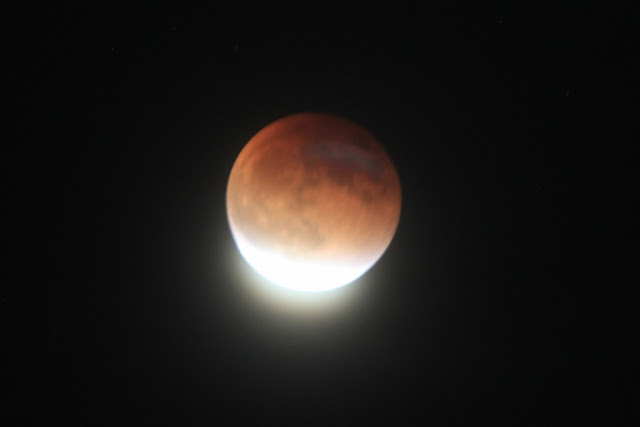 Here's what we saw over an hour and a half, from total eclipse to emerging out of it.

This type of lunar eclipse won't happen again until 2033.
Posted by Shirley Fox at 5:35 PM