We're touring the gardens and grounds of Festival Hill, a performance and learning center for musicians, in Round Top, Texas.  In the last post I showed you the Roman Ruin garden and in this post we're touring the Shakespeare Garden. 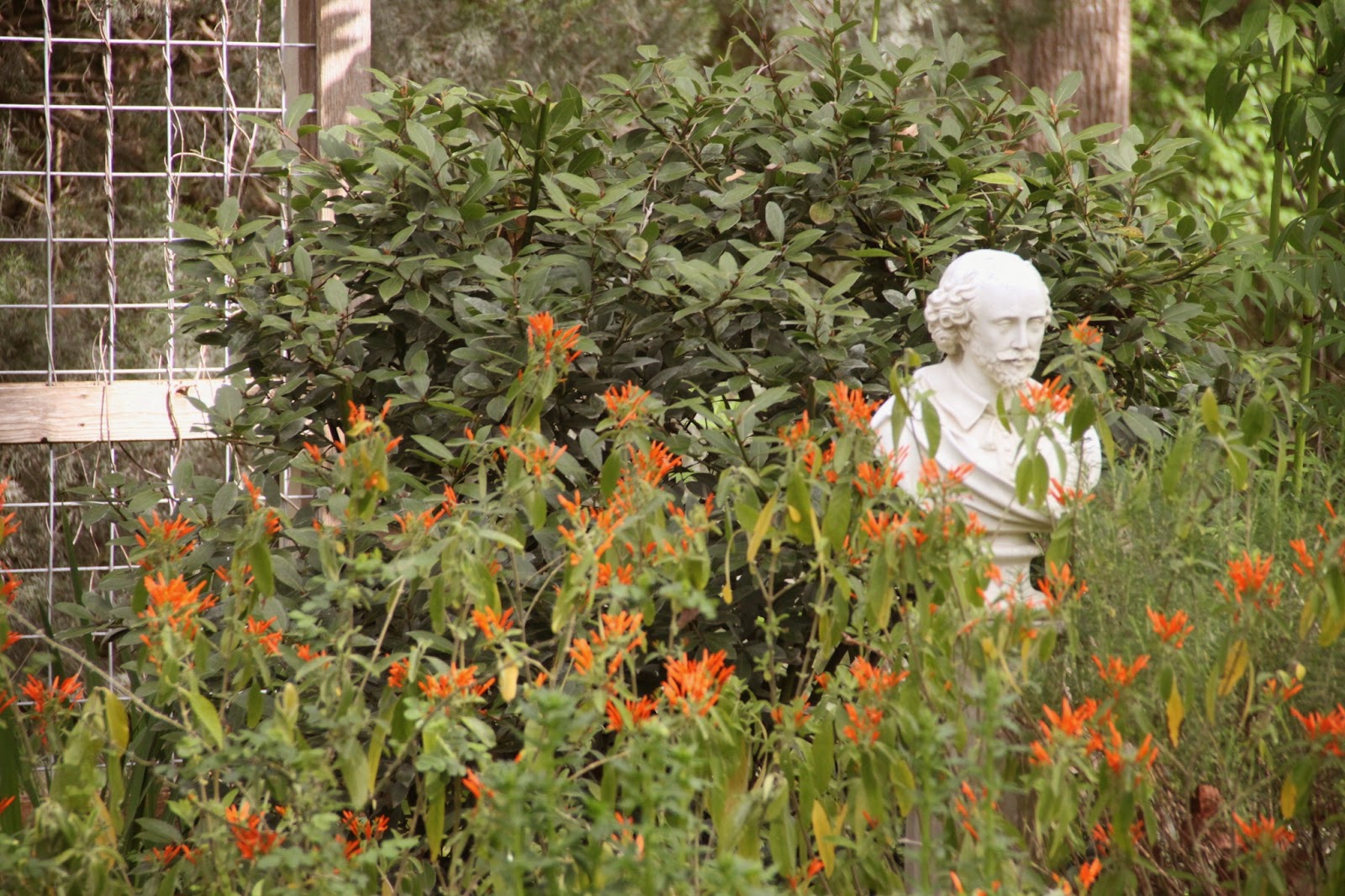 Shakespeare Gardens feature plants mentioned in the bard's sonnets and plays.  I'm pretty sure that's Mexican Honeysuckle so a bit of artistic license taken here even though honeysuckle is in Shakespeare's works.  Some of the Shakespeare gardens I've visited extend the plant selection to those grown during the Elizabethan Age. This garden is somewhat simple compared to those found in public gardens I've visited and more of a tribute than a specific collection of plants.  Festival Hill hosts an April poet's forum in addition to their popular concert series and musician clinics.  "Oh to be in England now that April's there..." 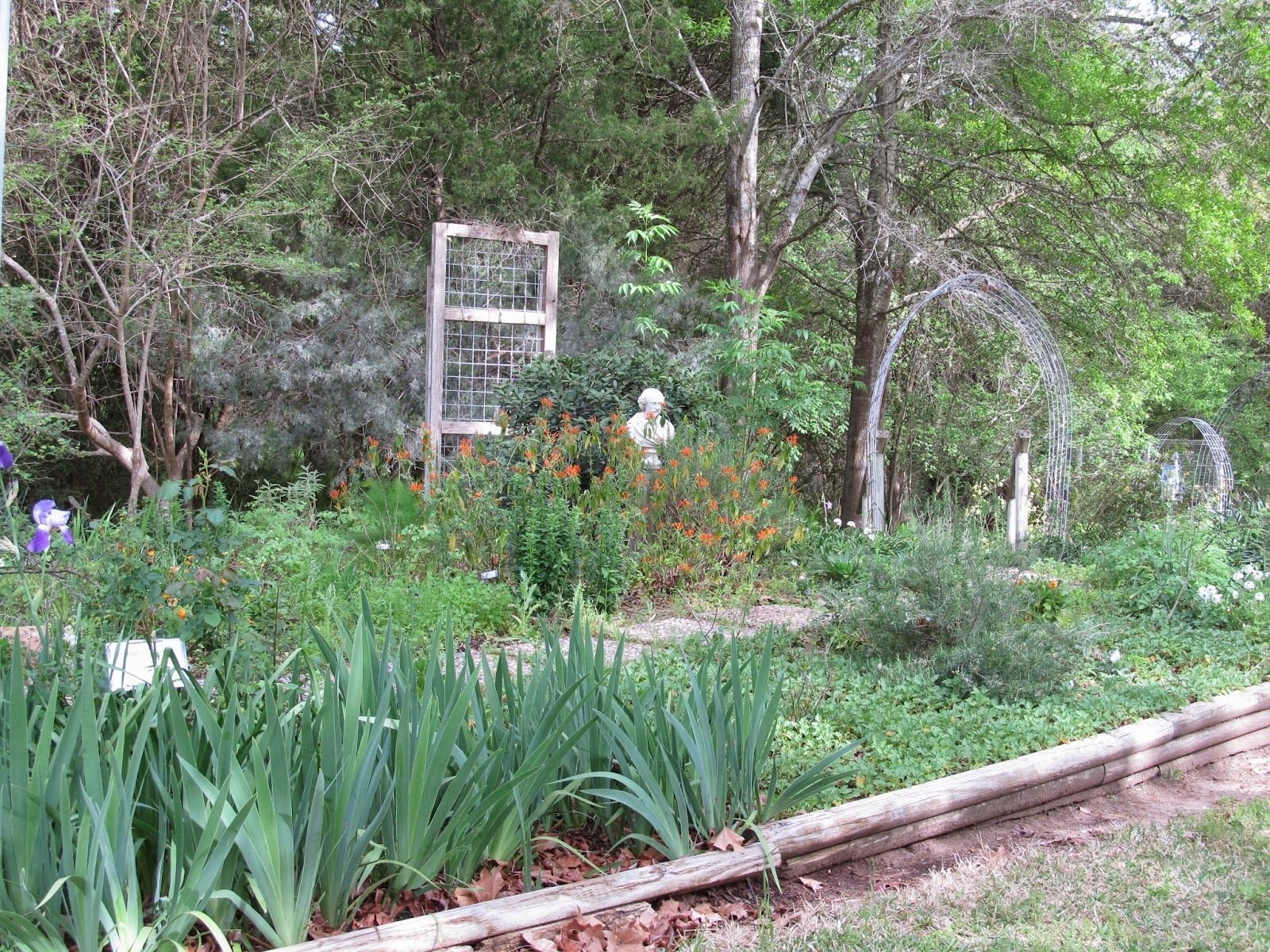 My favorites were the Iris in peak bloom last week and perfect for an Easter Week garden visit. 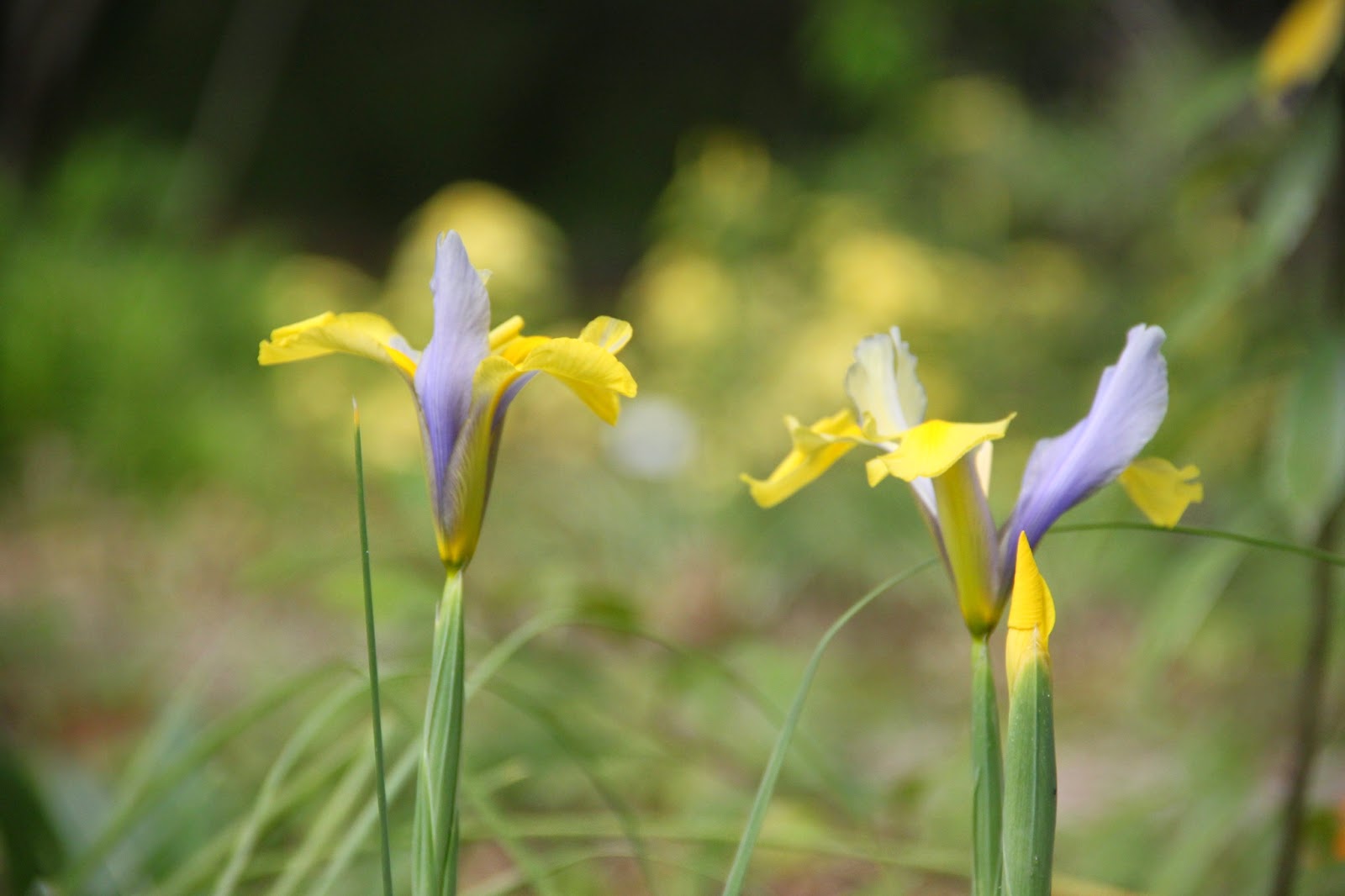 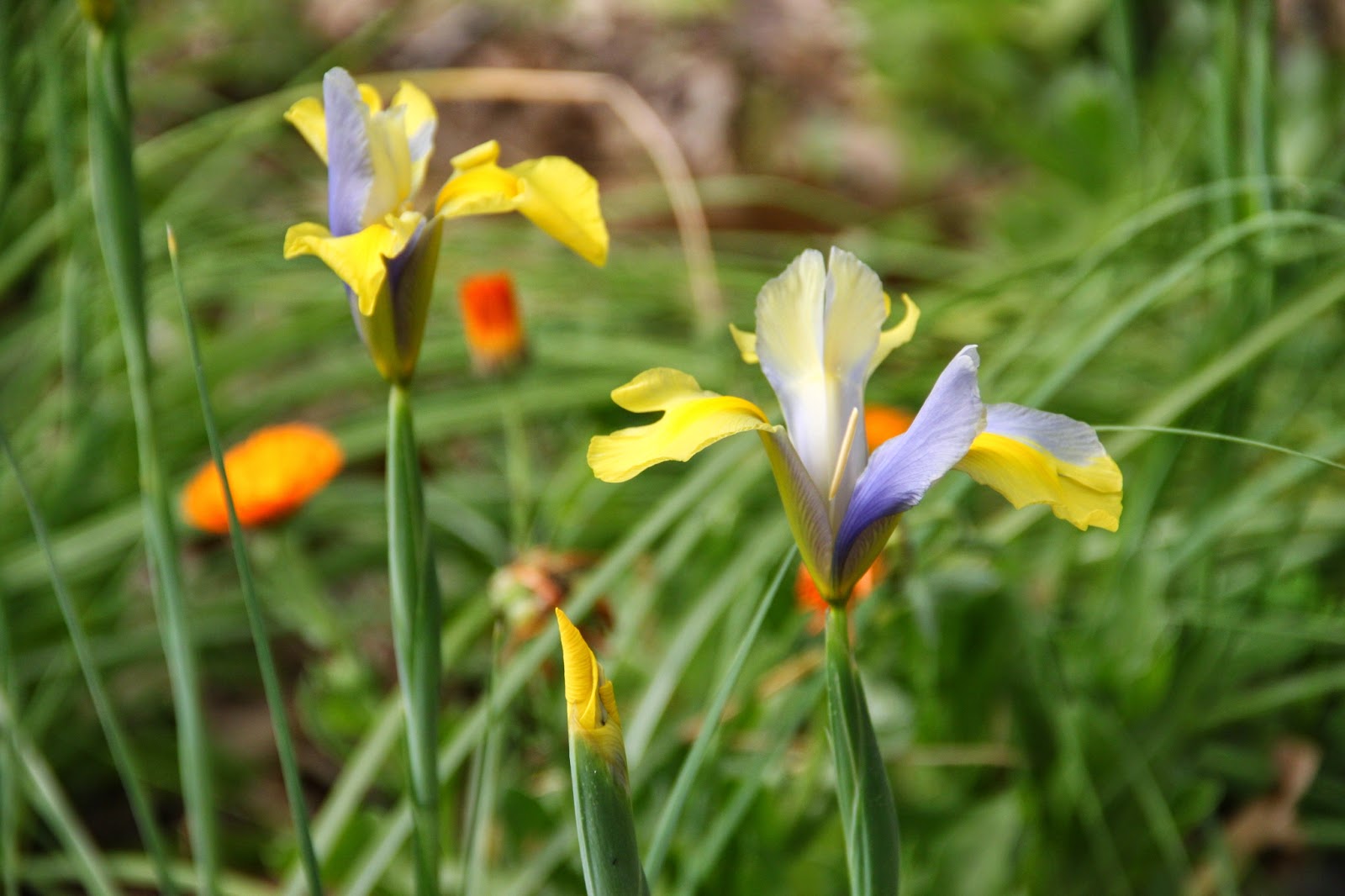 A few bits of whimsy perhaps the bard would approve. 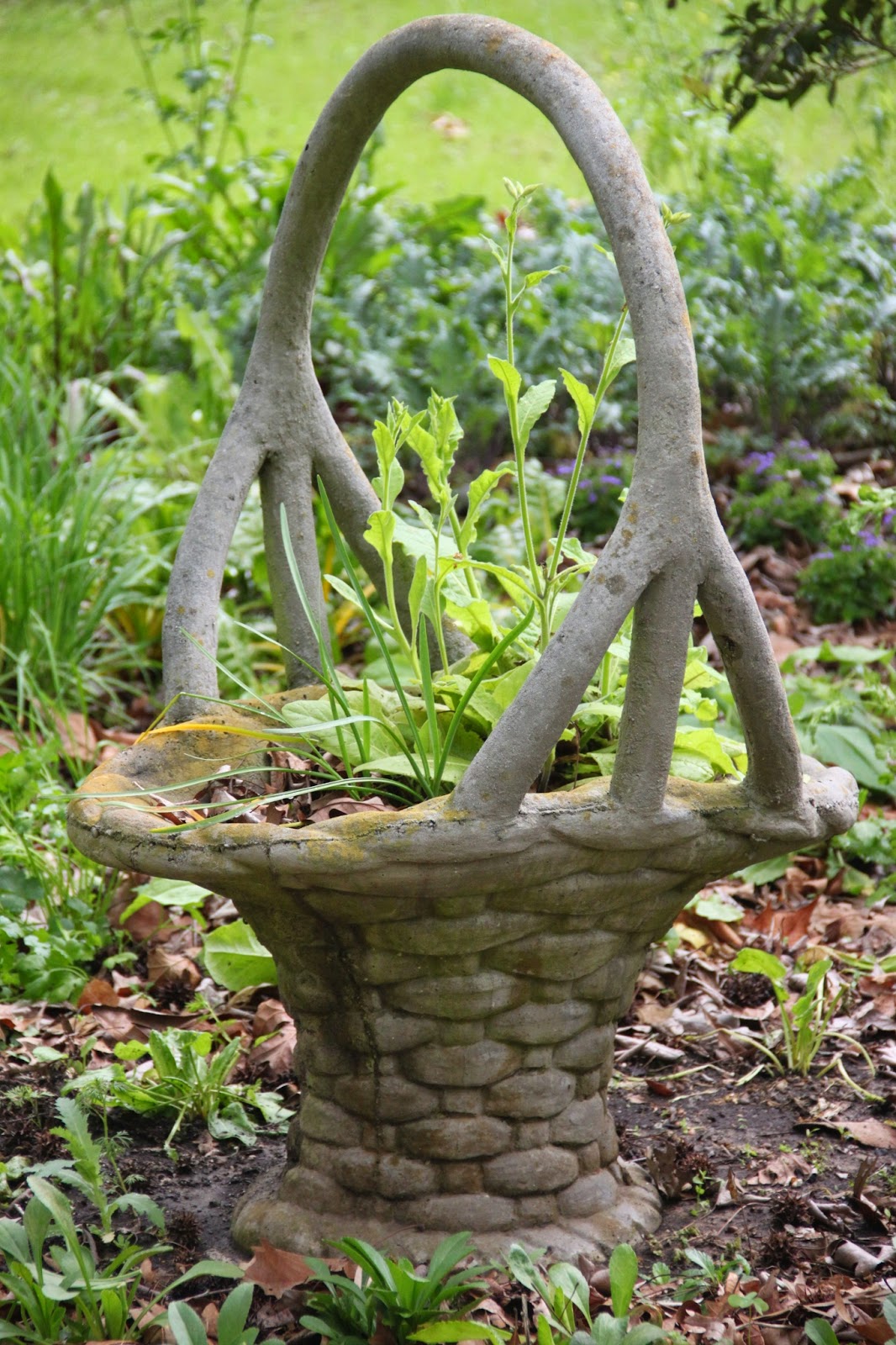 Shakespeare mentioned over 150 plants in his writings.  Fennel shown here and other plants in garden include rosemary, thyme and lilies. 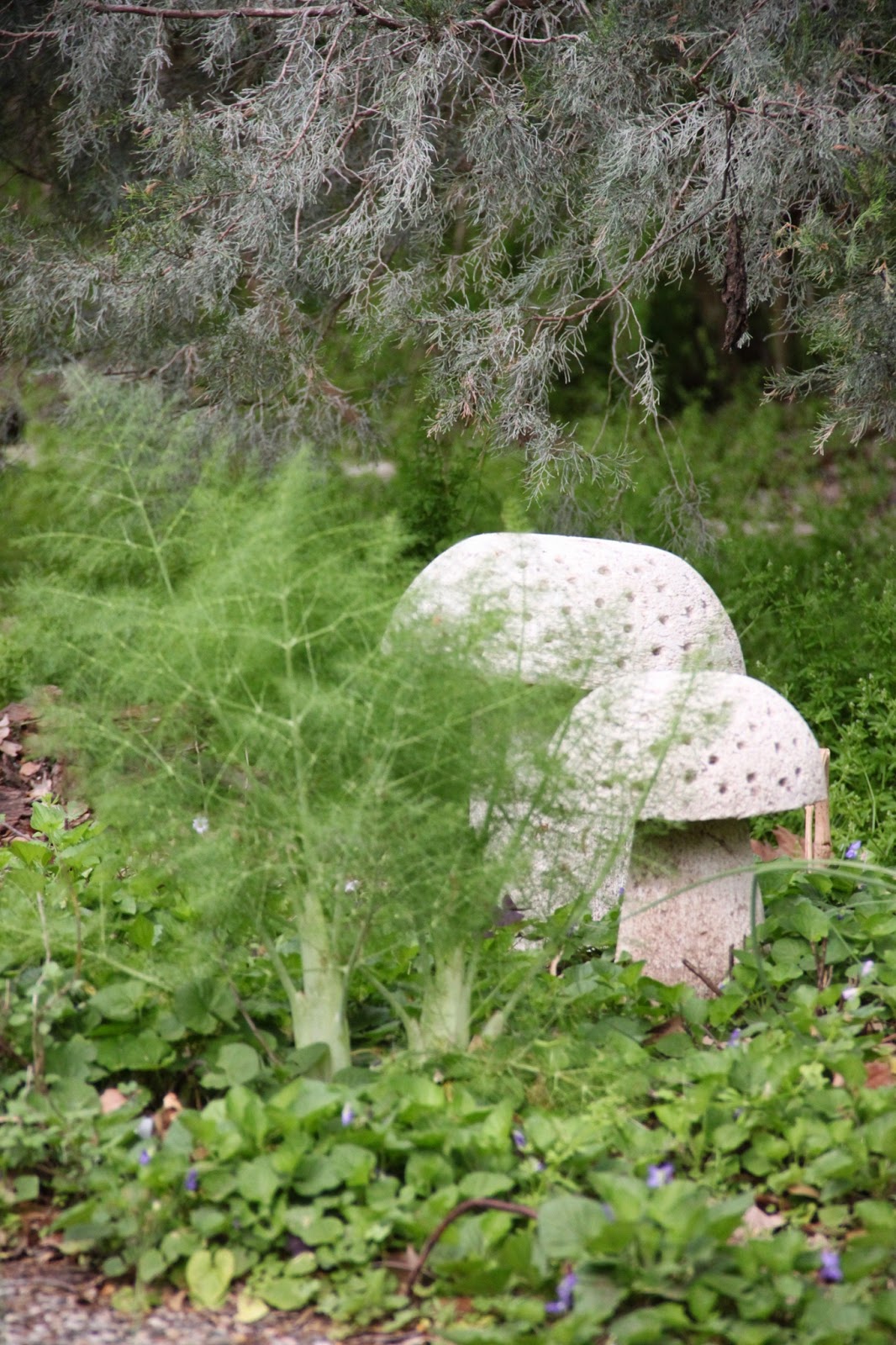 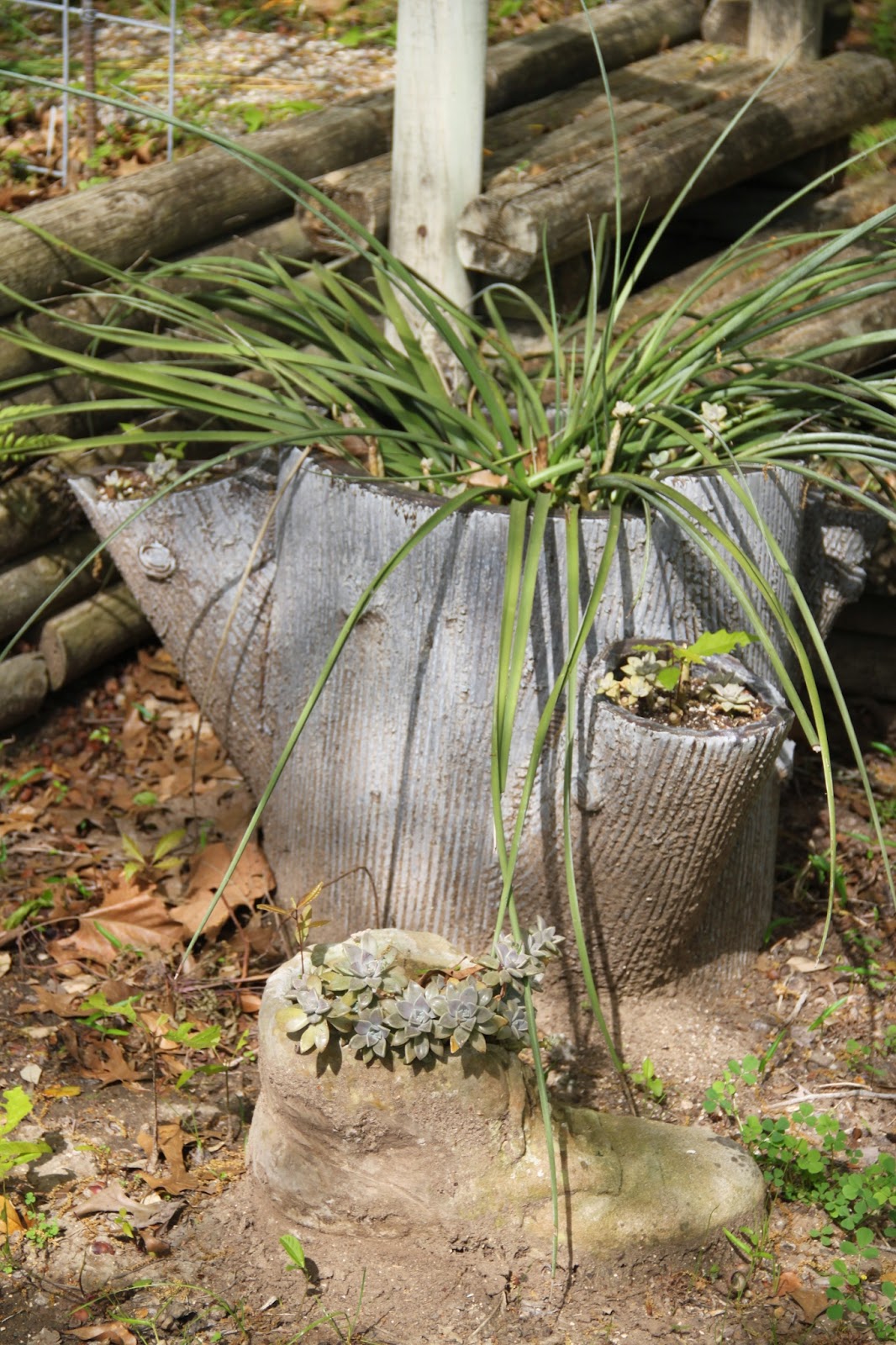 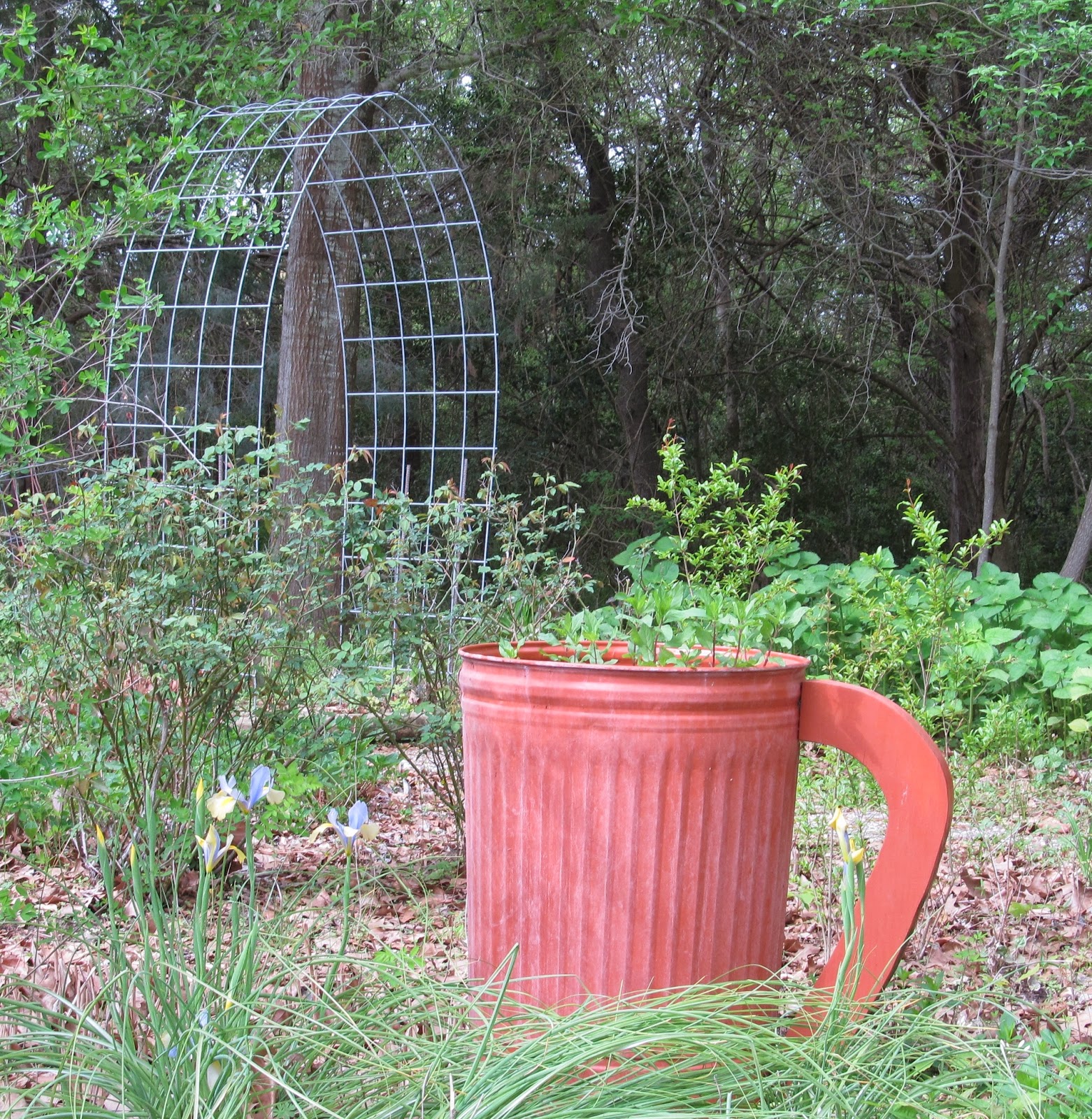 Salvia urica, salvia or sage is not mentioned in Shakespeare, but Yorick is. 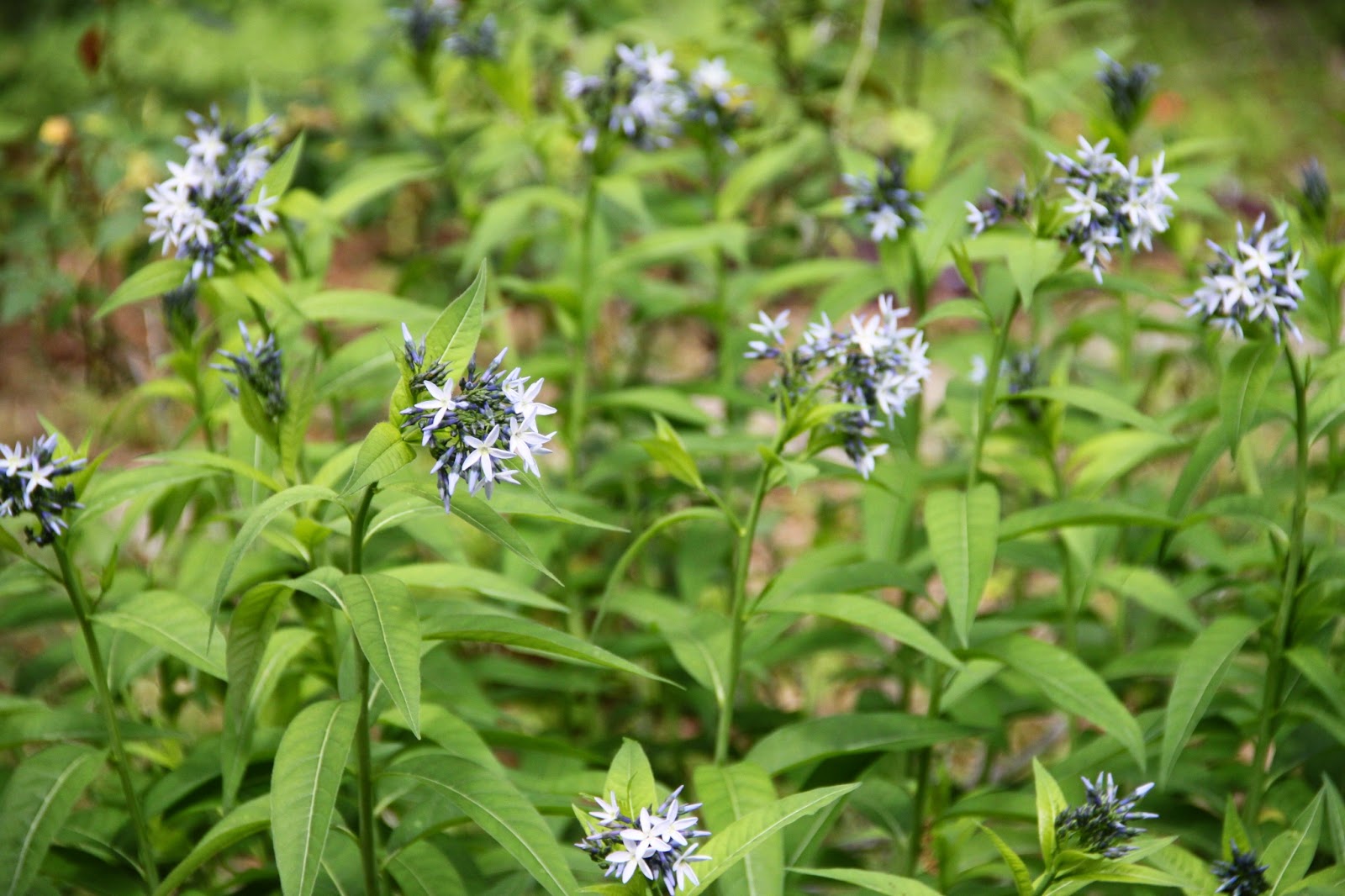 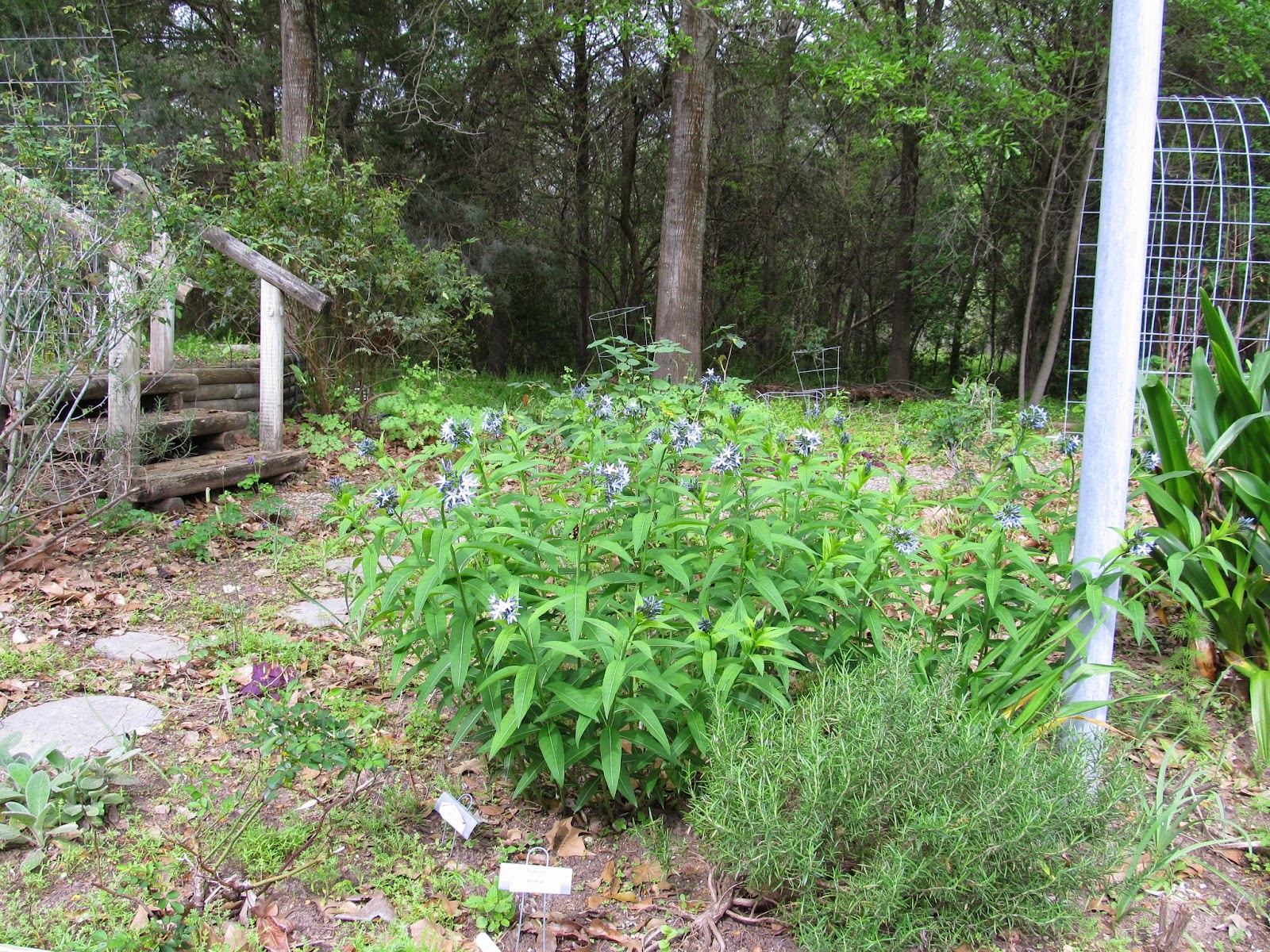 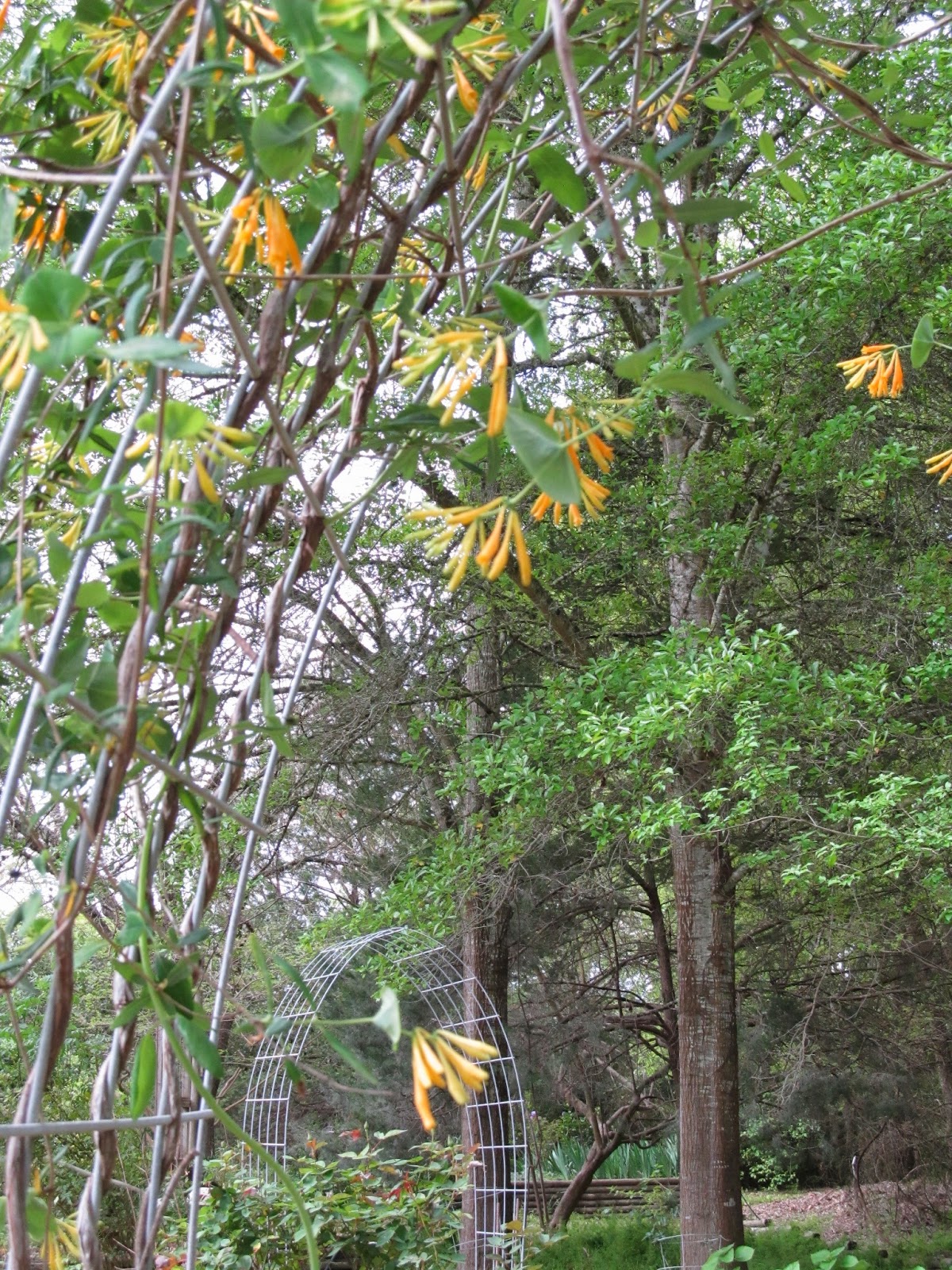 Golden Ramie, an herb used to treat wounds.  "He jests at scars that never felt a wound."  The pharmacy garden is next on our tour. 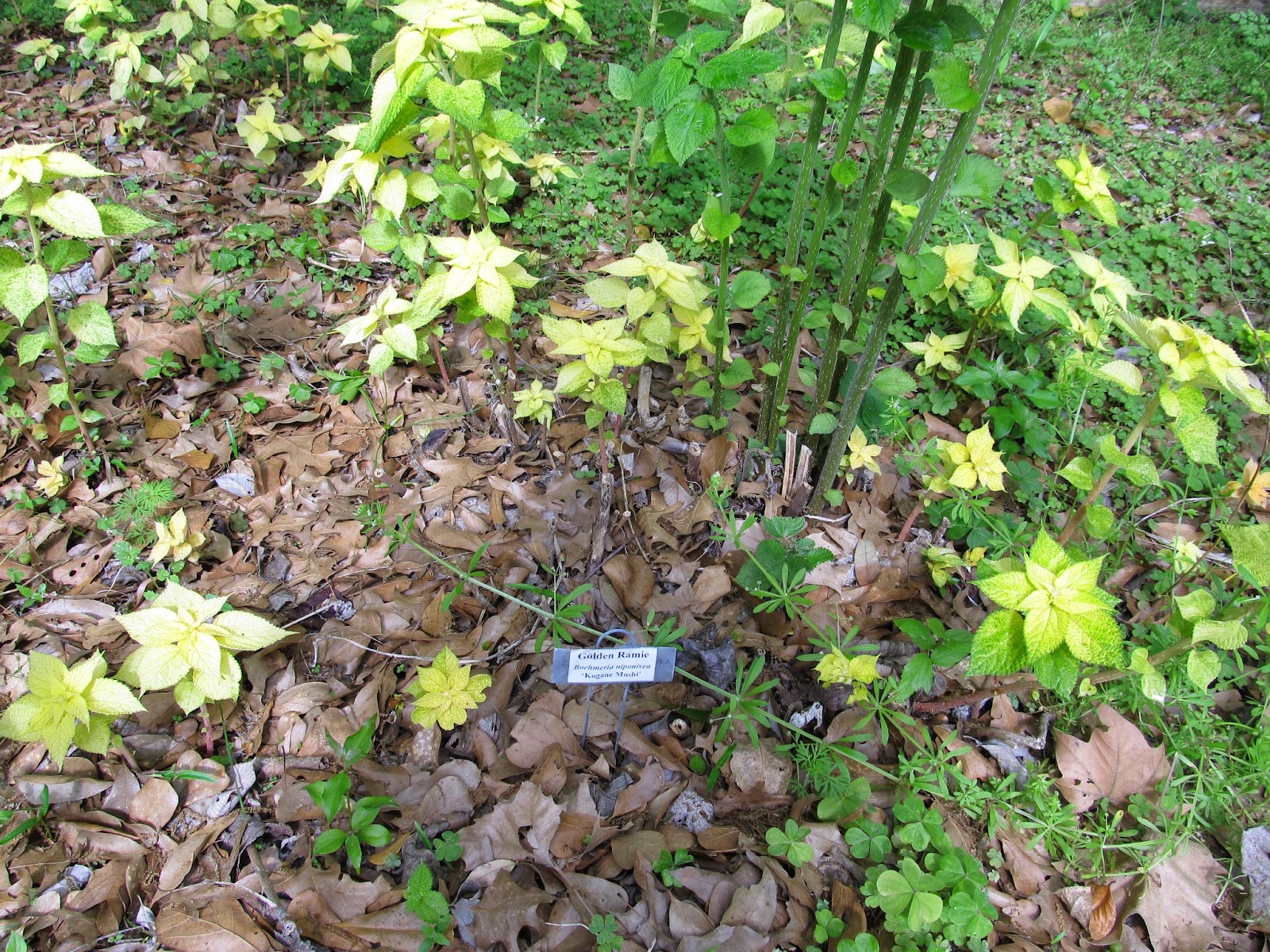 The Shakespeare garden is next to the Menke House, a 1902 Gothic Revival home moved to the site and restored.  This view looks back at the Roman Ruin garden featured in my last post. 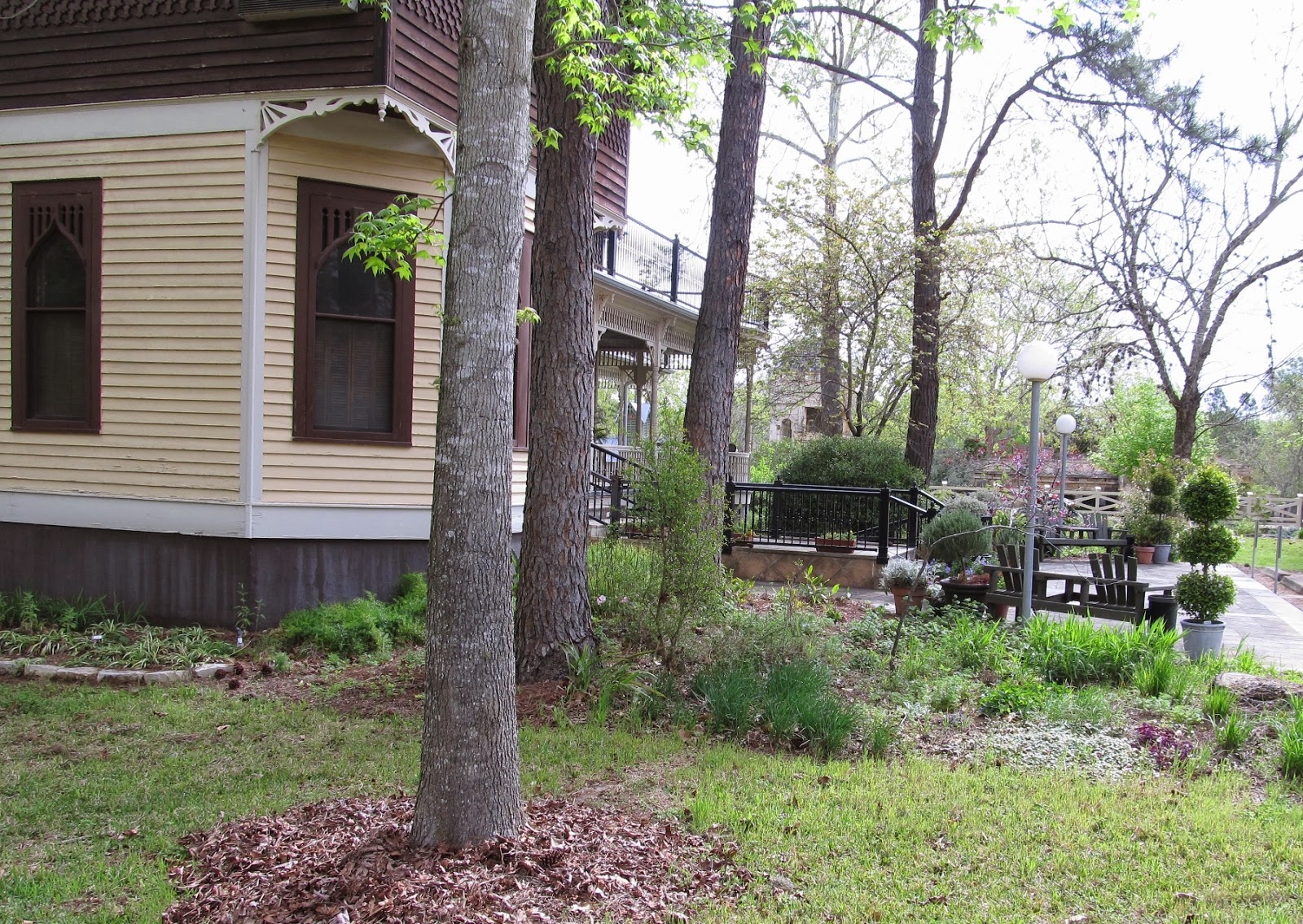 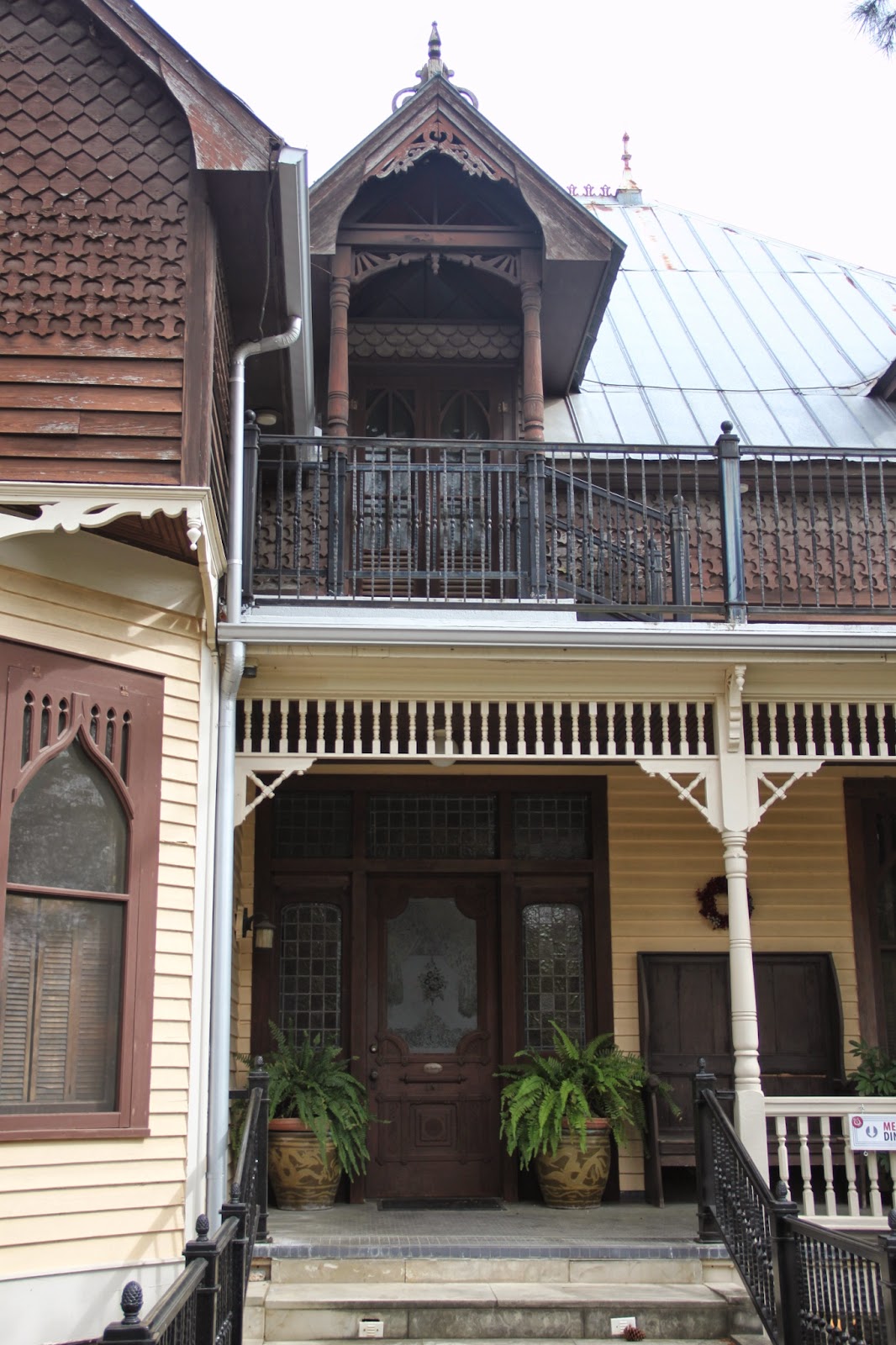 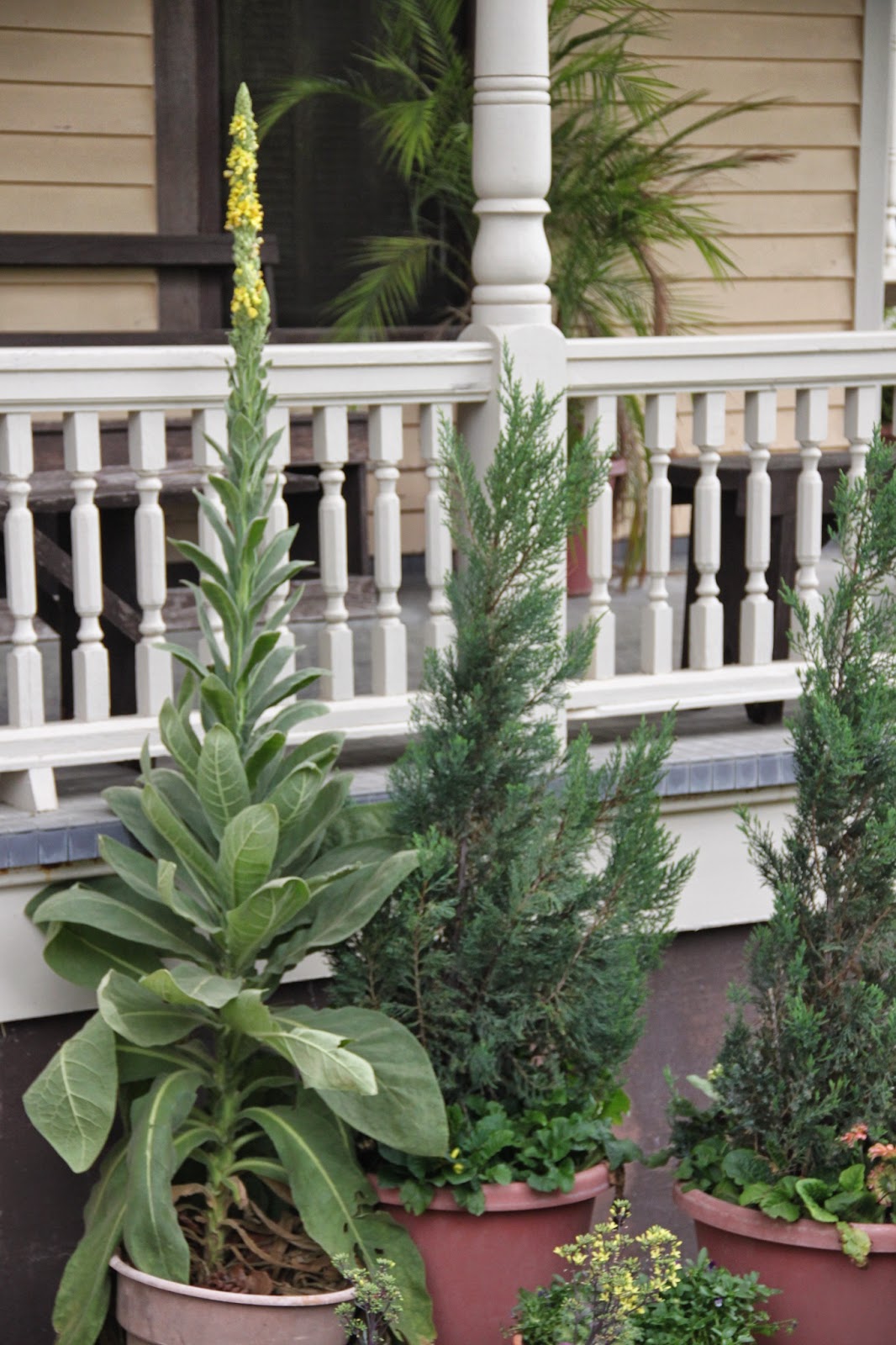 The house is currently used for food service and meetings.  The large patio is a nice relaxing spot for guests. 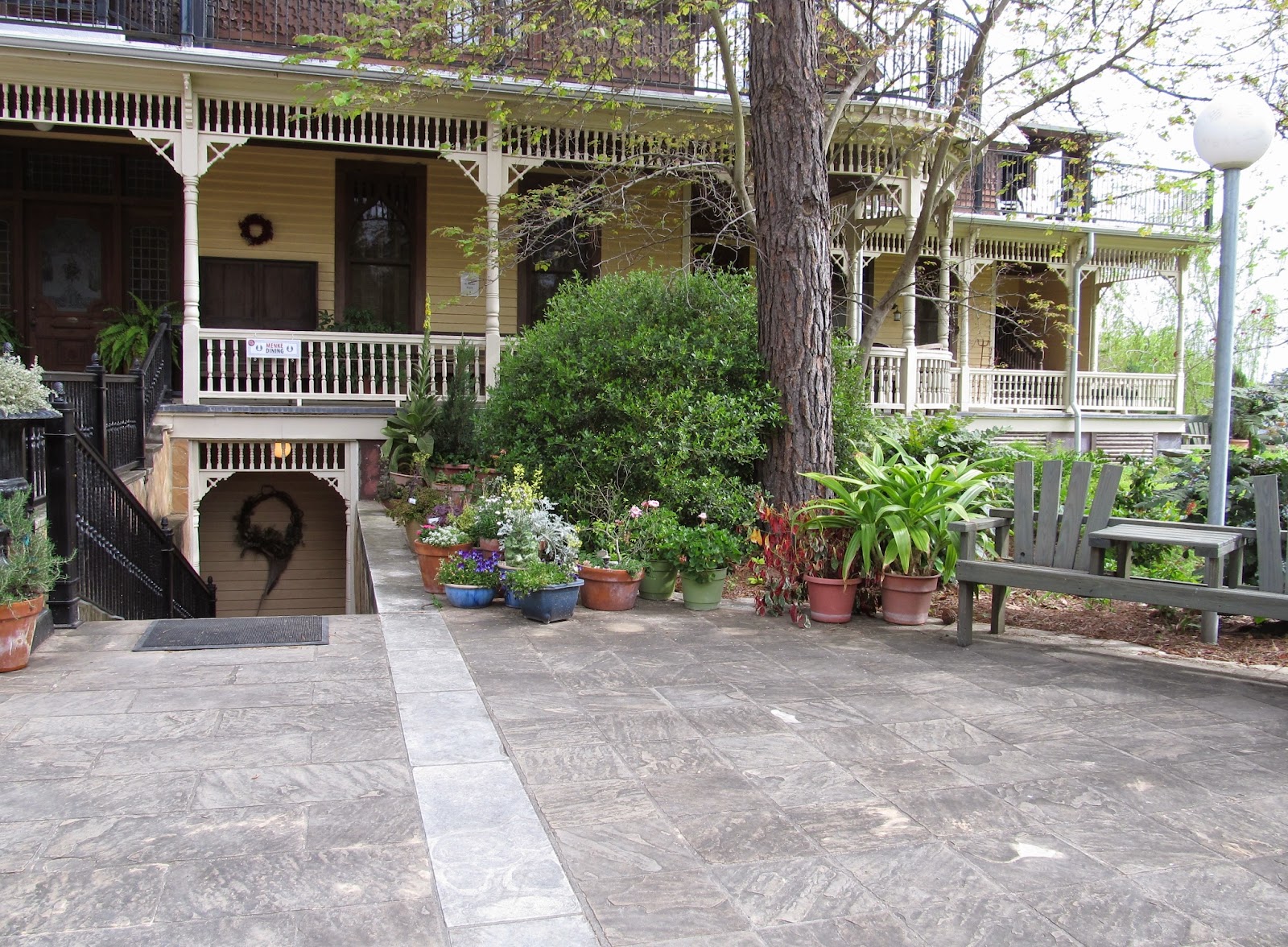 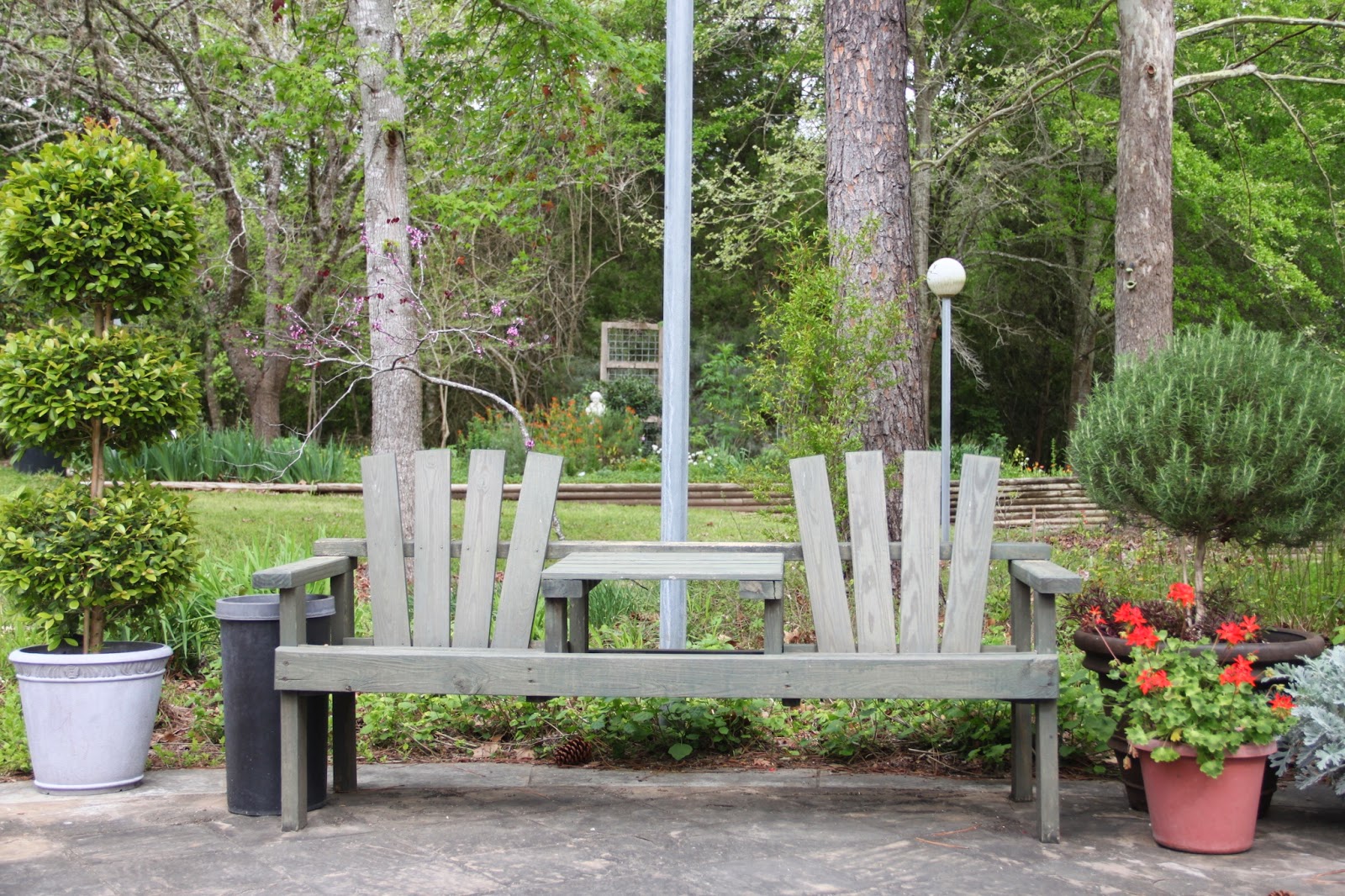 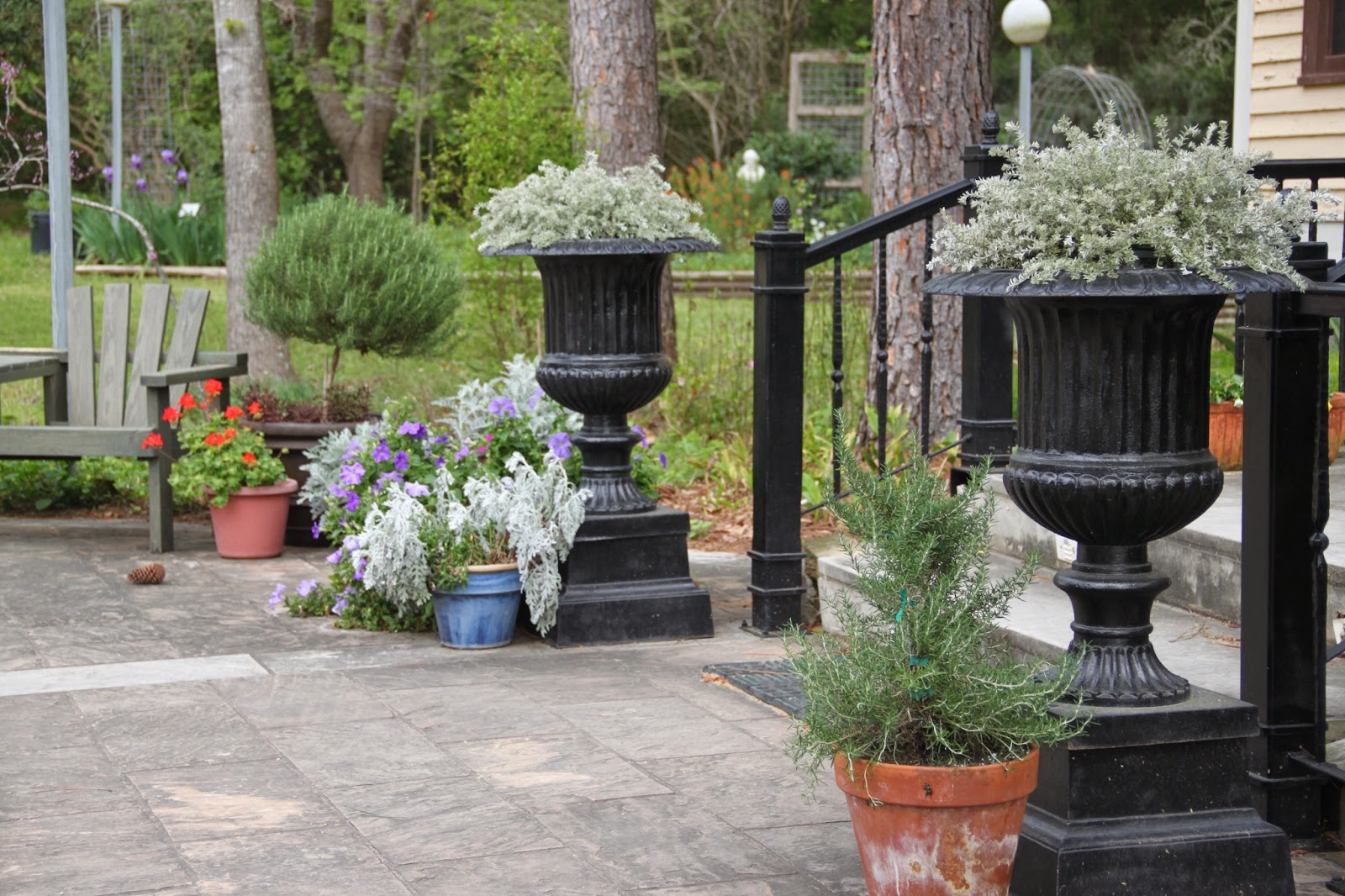 Next post is the Pharmacy Garden, greenhouse, and lake with a fabulous stone bridge.
Posted by Shirley Fox at 10:54 PM