It seems we do a lot of re-gardening.  I just can't seem to leave well enough alone.  What fun would that be?  So after a garden area has settled in for a year or so it's time to make changes even before addressing other areas that have yet to be finished for the first time.  The circle garden was fully planted in 2012 and looked great for fall that same year.


By fall of 2013 it still looked good but a little overgrown and somewhat tired so I was ready to change it up. 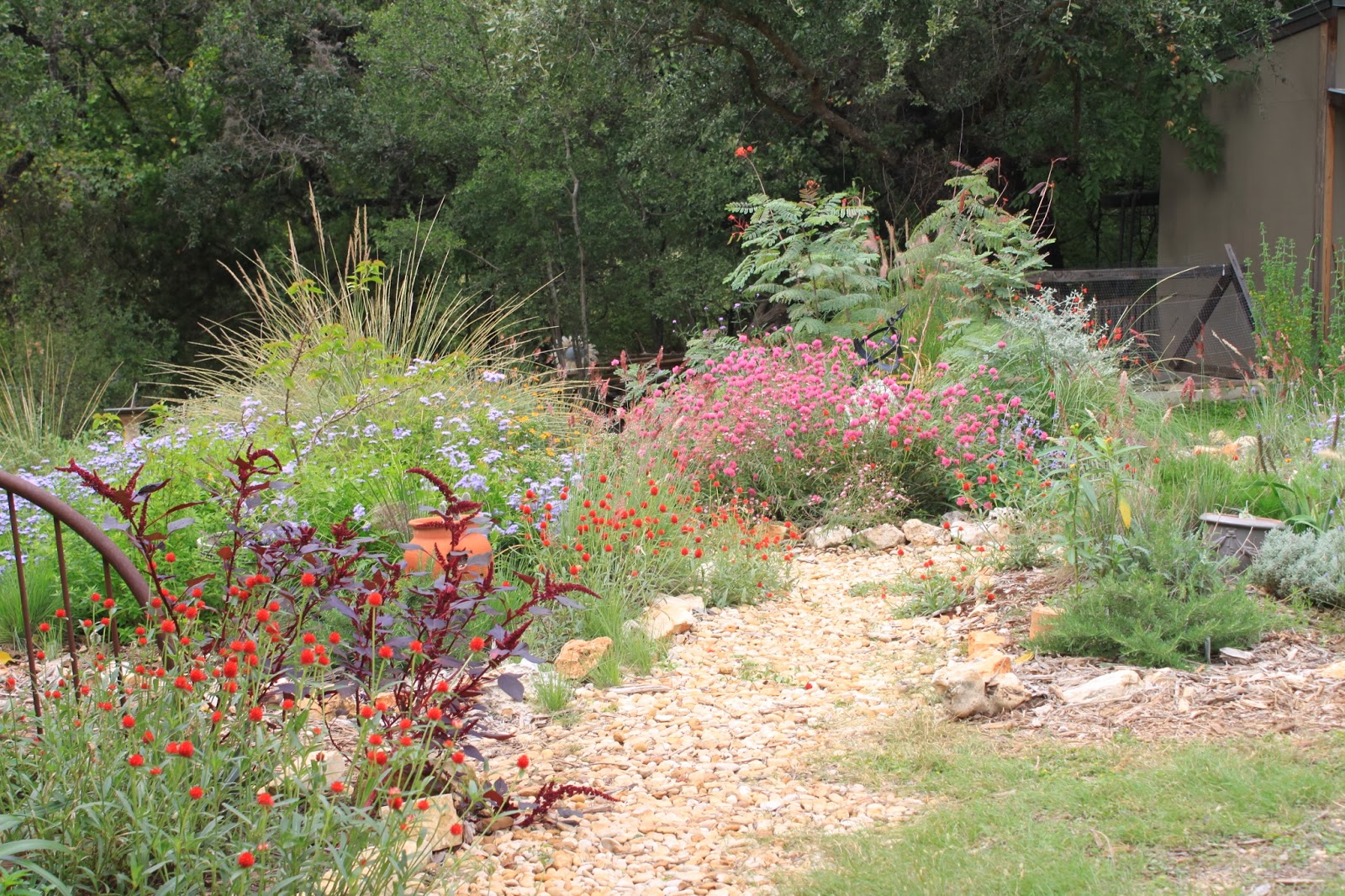 Winter is the best weather for big garden projects.  A few warm days in January allowed us to get busy and move all the plants, dig out the soil, scrape and level the surface.  Just the center of the circle because I have a plan. 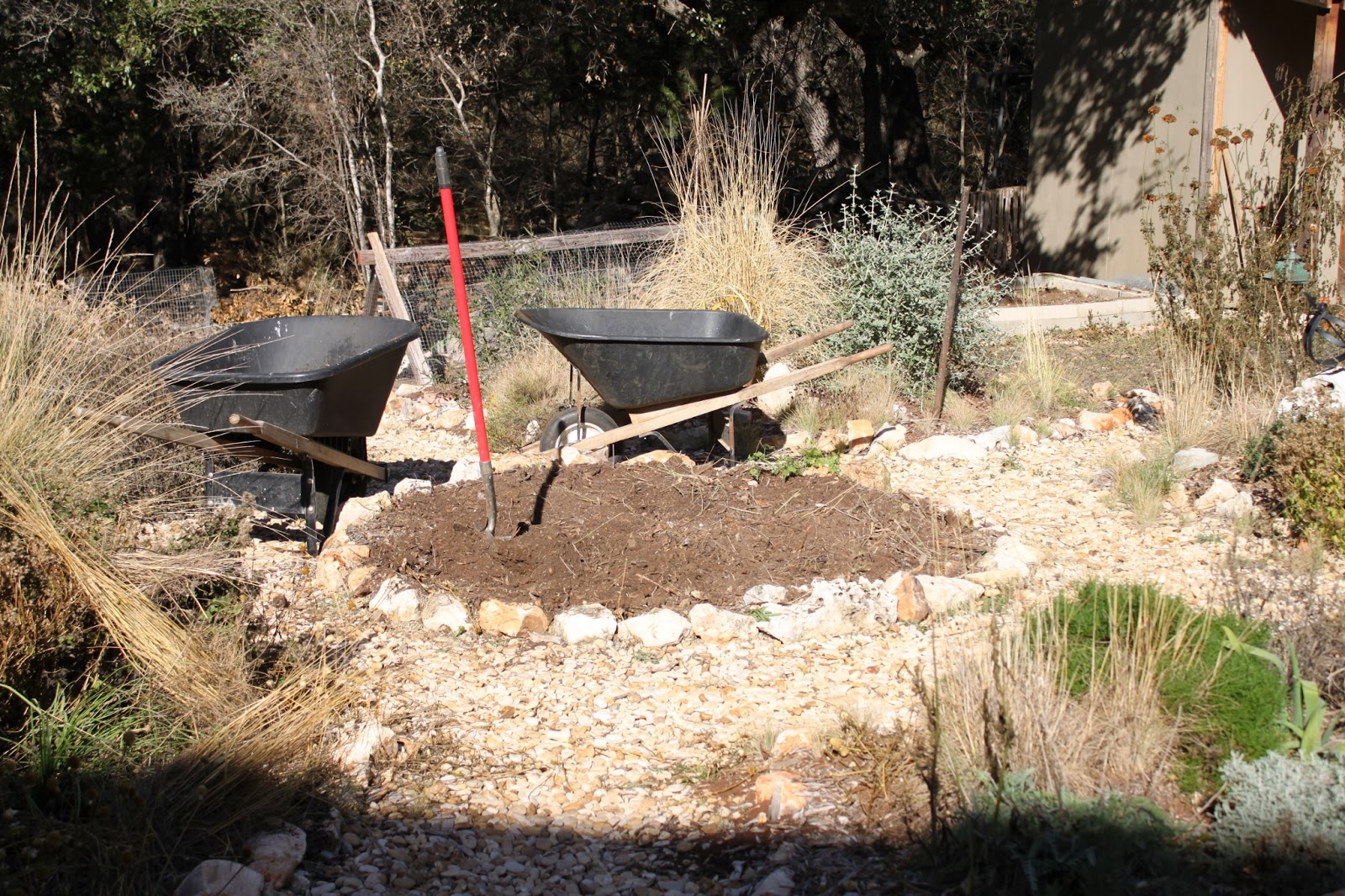 This stock tank our renters left behind years ago has been kicking around the yard since we moved back home in 2008.  Here it's being used as a work table when we built the shed in 2009. 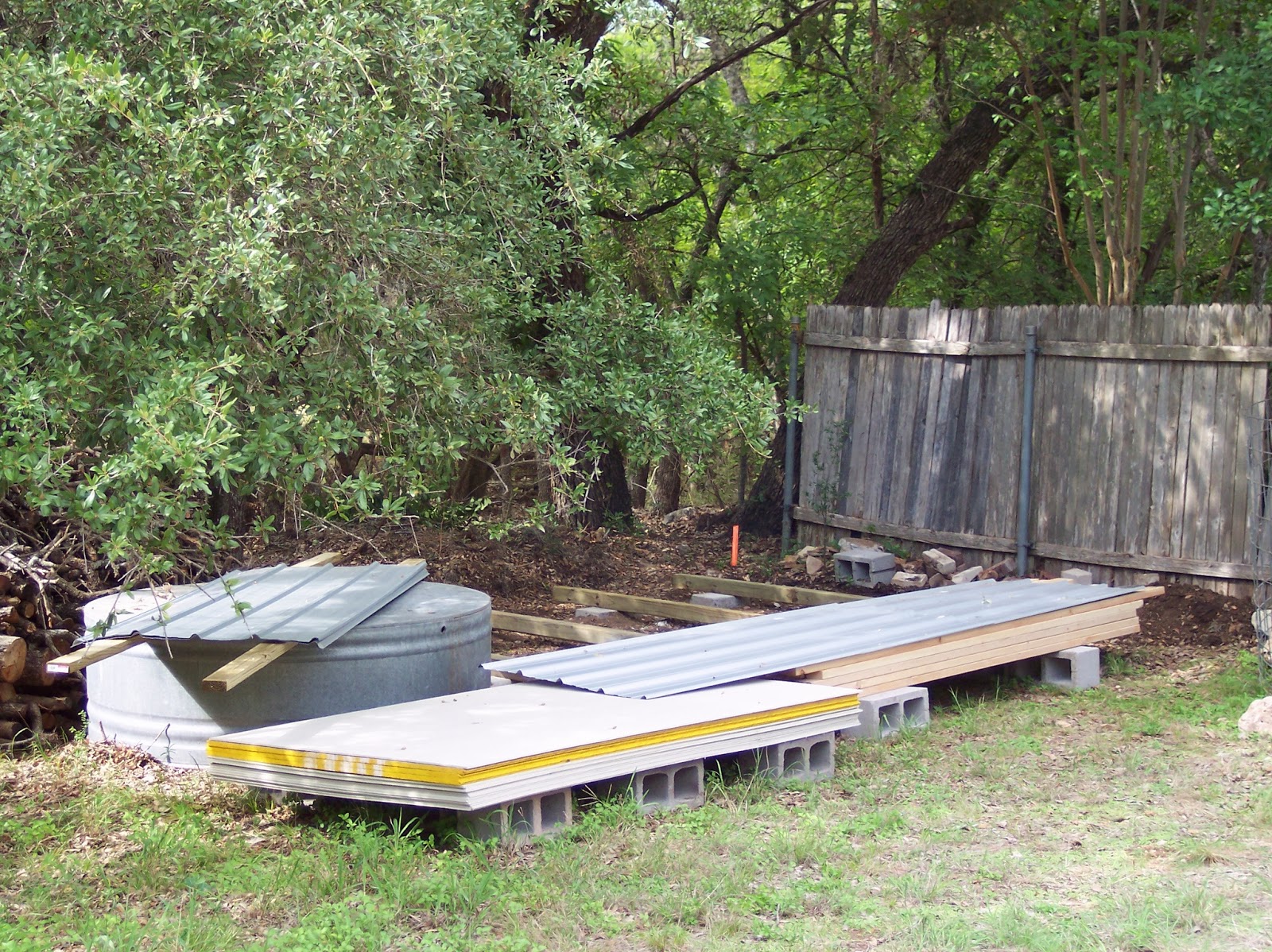 Then we moved it to the opposite side of the yard where it showed up in the background of photos like this one on planting the Orange Frost citrus tree in 2012. 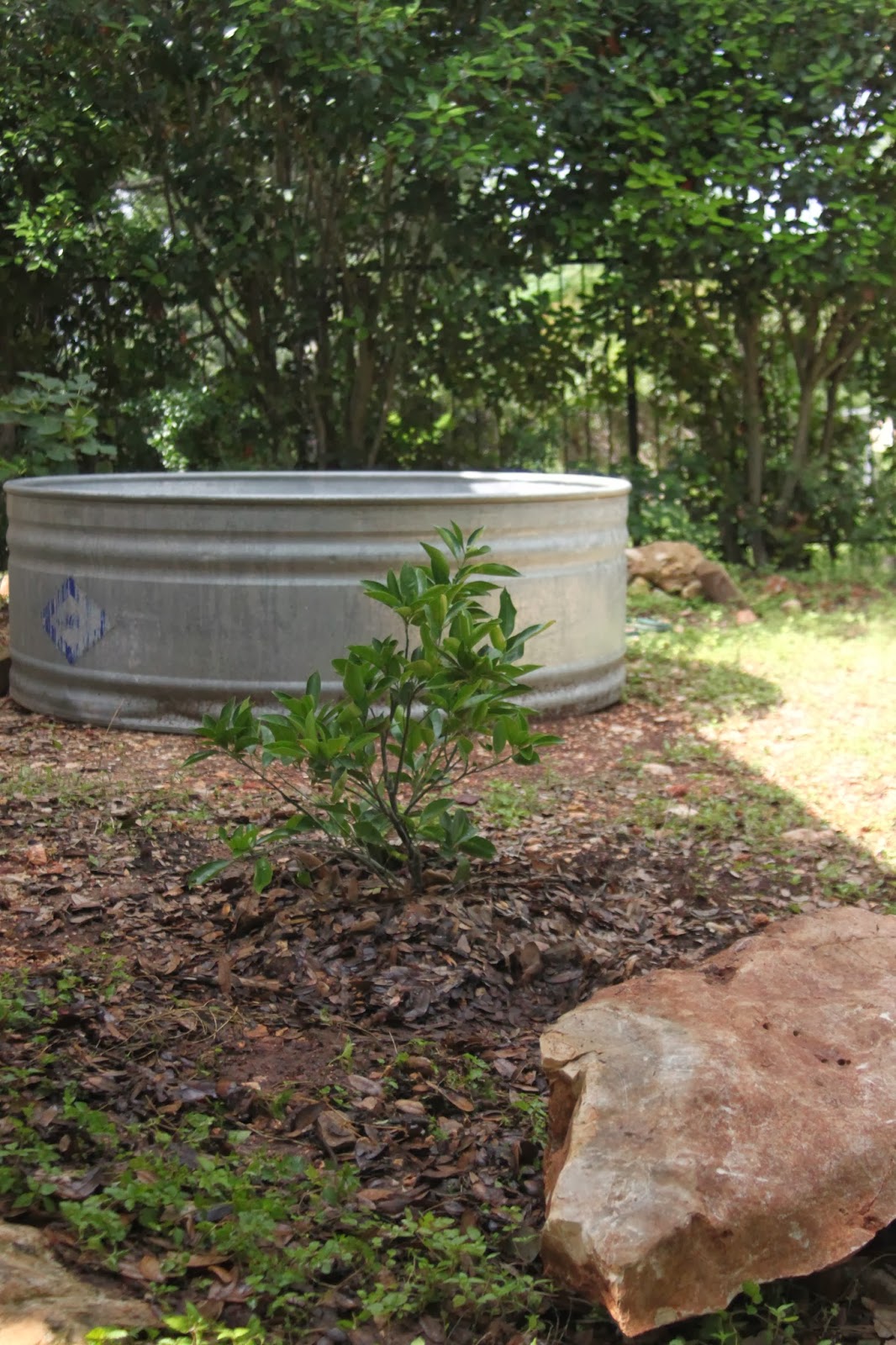 We're ready to address the neglected area behind the garage where the tank was temporarily sitting collecting rain water for garden use, so it was time to find a permanent spot for the tank in the garden--but where?

A pond?  We considered a pond for a while, but we just couldn't commit to such a large water feature requiring that much maintenance and the bottom of the tank had begun to rust.  So, no, we're not doing a pond.  It is just the right size for the middle of the circle garden.  We considered putting it in there when we first built the garden but it stood out too much before the grasses and other plants matured.  This time it fits in nicely. 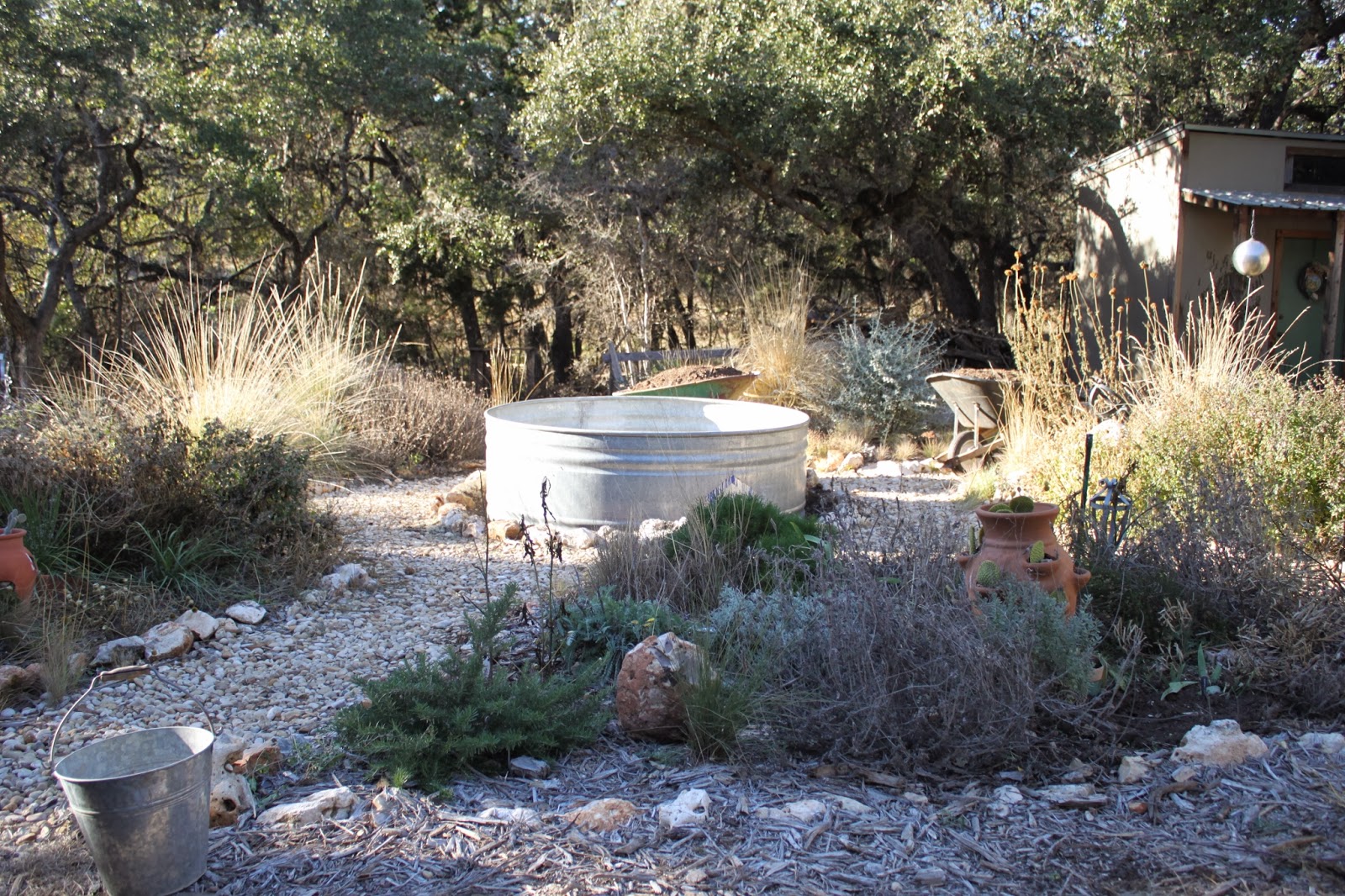 It takes a lot of dirt to fill a six foot by two foot tank so we ordered another load of topsoil.  Third year in a row and we might even need another truckload next year when we finish around the base of the deck!  A dump truck load of topsoil equals about 75 - 80 large wheelbarrows.  And yes, we move it all ourselves. 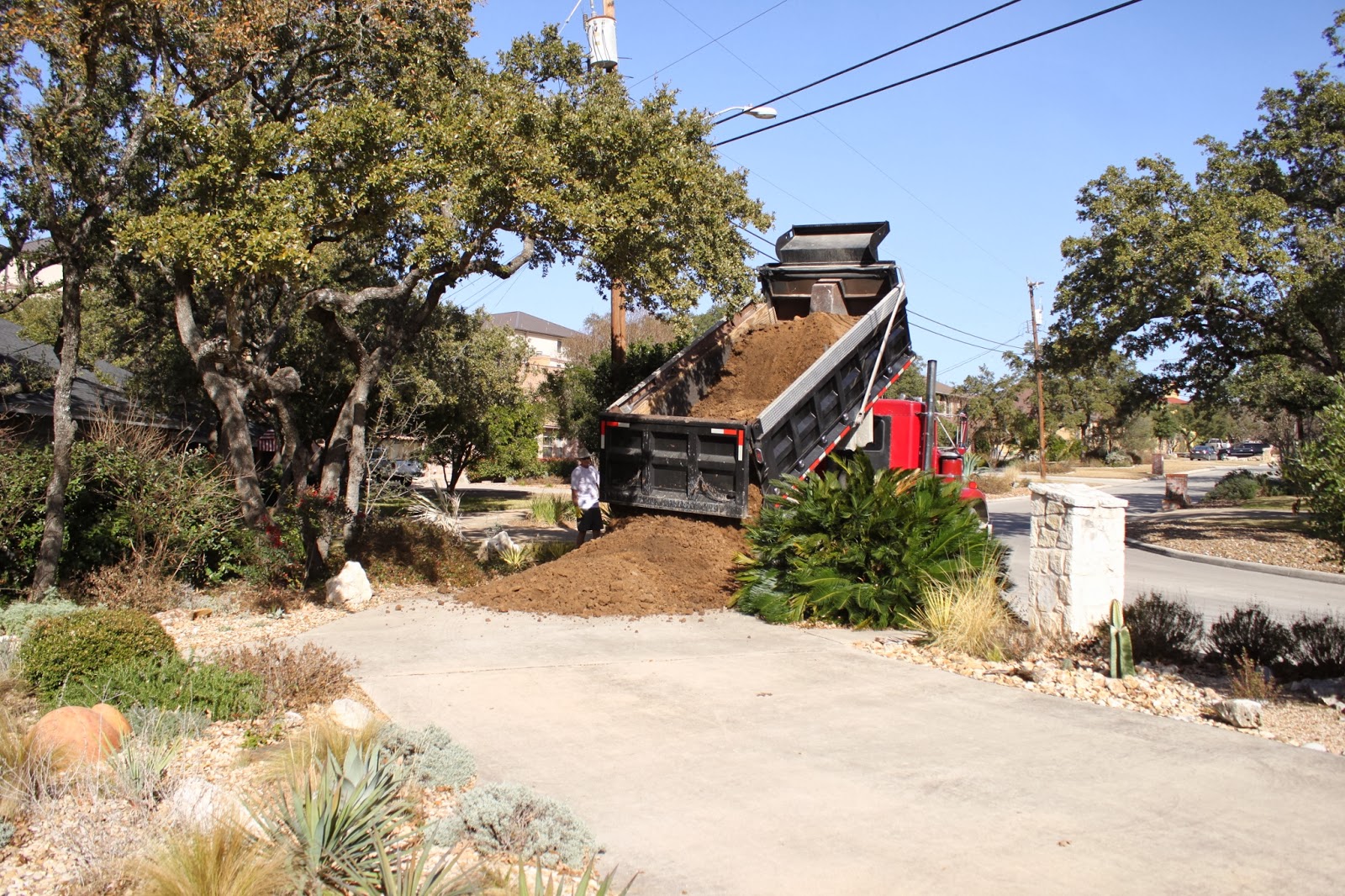 The tank required about 15 wheelbarrows of topsoil layered with leaf compost.  Now it's full of soil and I plan to let it sit for a while to settle in.  That's the plan.  I heard you're supposed to let soil and compost sit awhile before planting.  We'll see how long that lasts. 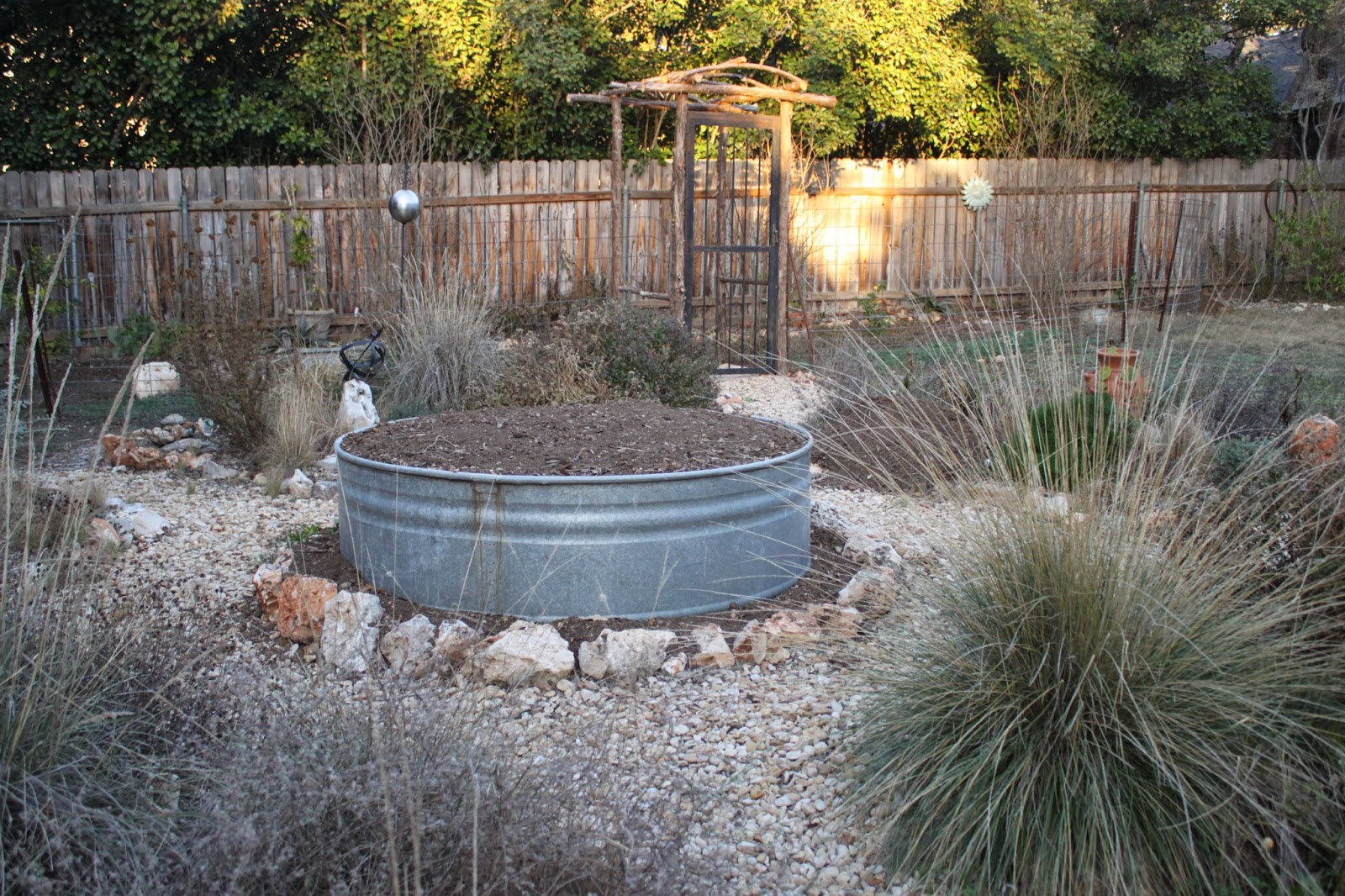 It's a good thing the weather has been so cold this winter.  Too cold to go plant shopping except when it's 80 degrees between cold fronts and we get busy doing other projects in the garden.  When it's cold outside I'm researching trailing plants for around the rim and ideas for the center.

I'm glad to have finally found a spot for the tank after five years of looking at it and continually moving it out of the way.  Now, what will I plant?  I'll show you in the Spring.