Scene on the Street: Another side of the neighborhood

Each spring my neighborhood holds a garage sale weekend for the entire community.  It's a great time to get out, talk to the neighbors, and see what's going on across this roughly one square mile of houses.  The neighborhood was built one house at a time over more than 60 years which makes for an interesting mix of styles.

Today's post features scenes from the older section which is quite popular for its large lots and big trees.  The lack of curbs along the street gives it a country feel.  This house on a large corner lot has an old stone planter with opuntia and a low wall.  The pretty patch of bluebonnets seen in the distance return every year. 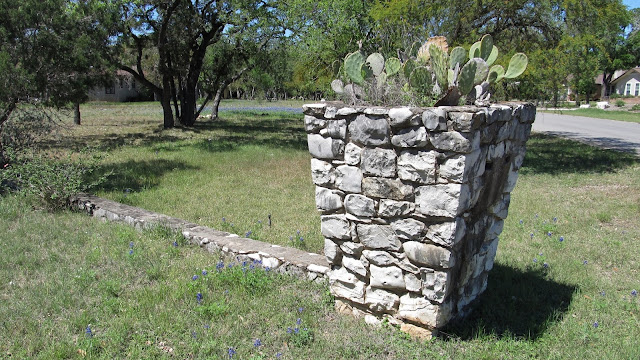 The gold blooming tree in the foreground is a native huisache.  It's pretty in bloom with its golden pom-poms but you don't want to tangle with it.  That's the house in the background beyond the bluebonnets. 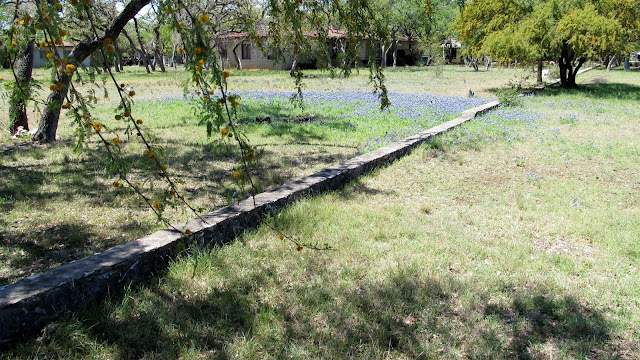 This agave has been antlered by deer a few times. 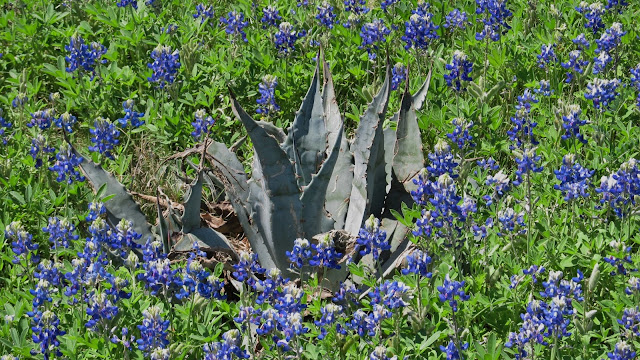 Native twist-leaf yucca growing along the wall with bluebonnets in the background.  Twist-leaf yucca was here before the houses and can be found growing throughout the neighborhood. 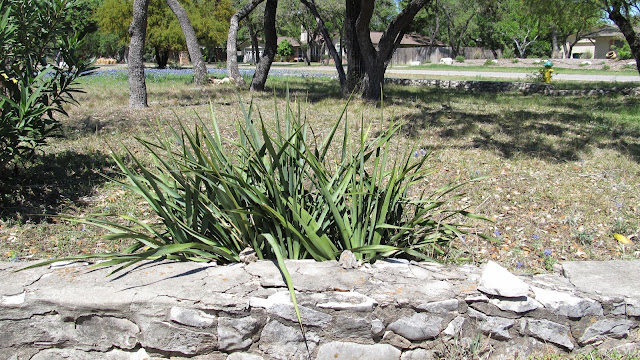 A row of blooming yellow aloe in the planter caught my attention when I stopped by this house.  They were having an estate sale and the original owner's grandson has purchased the home.  It's not unusual to find third and fourth generation owners in the neighborhood. 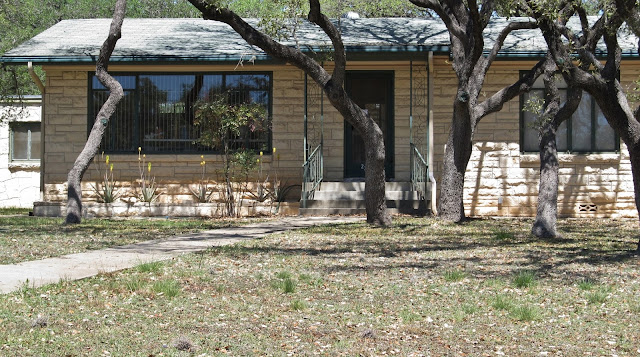 The aloes are the only landscaping other than the trees and the simplicity is lovely. 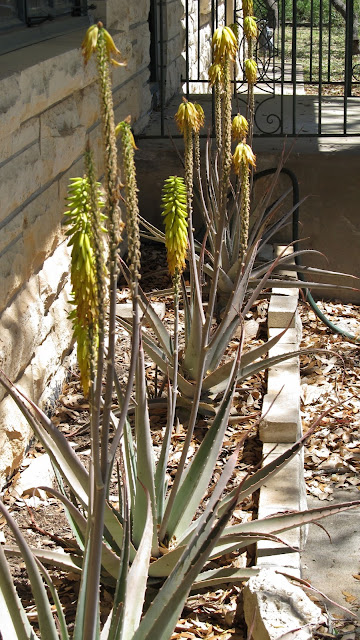 Another yard full of bluebonnets, not sure why the wood stand is there.  DH suspects "country volleyball". 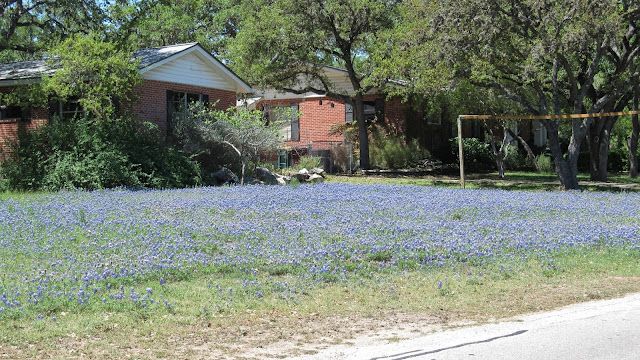 Back toward home in the newer section where the roads have curbs, a small herd of deer has found something to eat under this tree.  Wandering deer herds in yards are a common sight in the spring and fall when the weather is cooler.  During the hot summer months the deer are mostly visible in the evenings unless they are spotted sleeping under a tree in someone's yard. 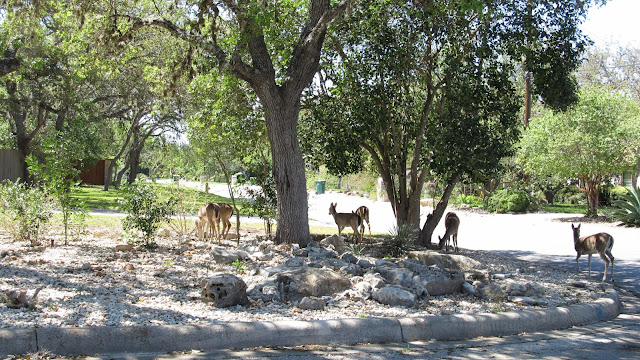 Garage sale weekend was fun as always and I found a few new things for the garden.  I also spotted a nice garden under construction that I'll return to and post when it's ready which will be a nice treat.  Combined with the plant swap on Saturday it was a good weekend.
Posted by Shirley Fox at 7:23 PM