When I first visited their garden the late winter 2012 it was still dormant yet I knew instantly it was a beautiful garden to share on my blog.  Even though Ragna had just pruned the roses back and only a few perennials were beginning to emerge, it was a very special place to visit.  Later in the spring I returned to photograph and post a tour of this romantic Texas cottage garden.


Readers loved it which was no surprise since it is a beautiful garden.  Linda Lehmusvirta, producer of Central Texas Gardener and writer of the CTG blog, loved it too and asked to tape it for a segment of the show.  A few days after Linda and the CTG crew were there, Ragna and Bob invited local garden friends over after our plant swap to tour the garden in all its fall glory.  I snapped a few photos while helping out with tours. 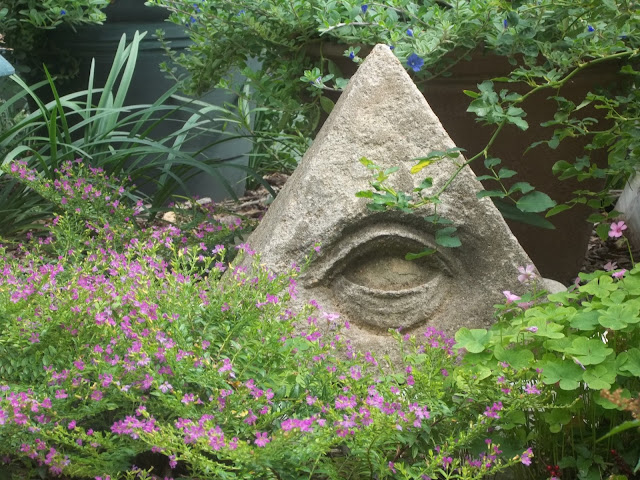 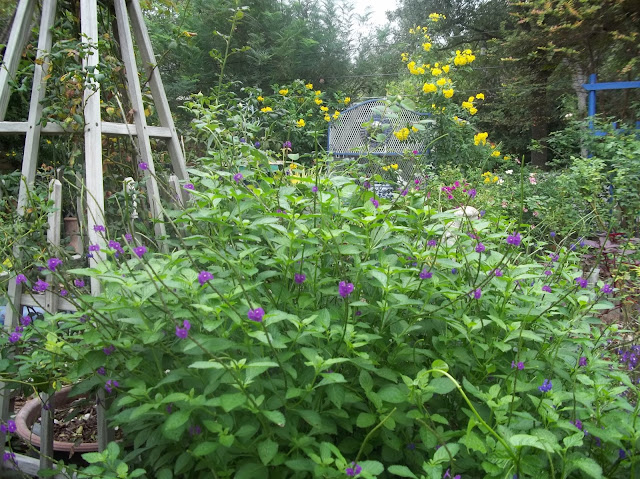 There's always something new or different to check out.  This mirror was added to the side of the large birdcage after my spring visit. 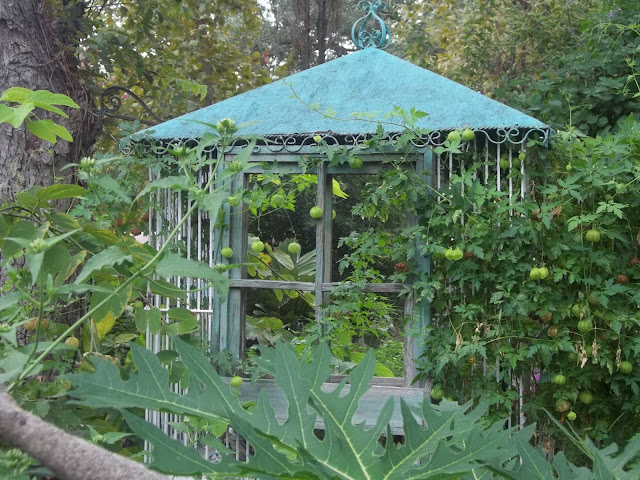 The Love-in-a-puff vine has grown up over the cage making it look different than it does in the spring. 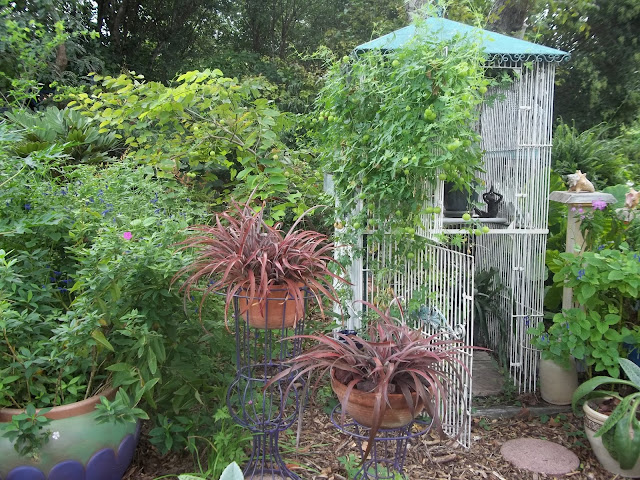 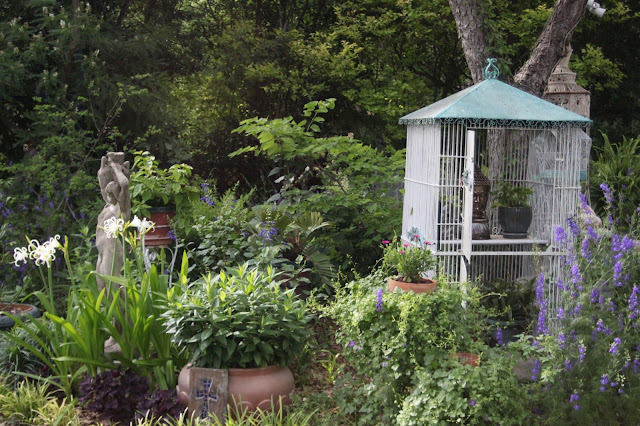 Everything looks so pretty, it's hard to say which is my favorite season in this garden. 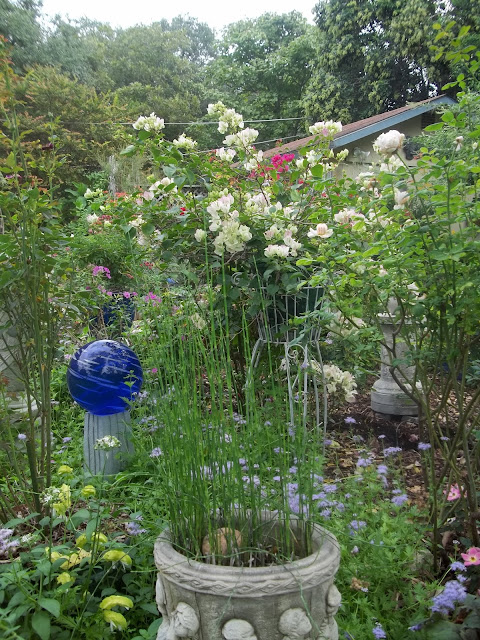 Just one of many wonderful vignettes.  The pottery figurine at the bottom was originally a clock.  The old clock works were removed and now flowers spill through. 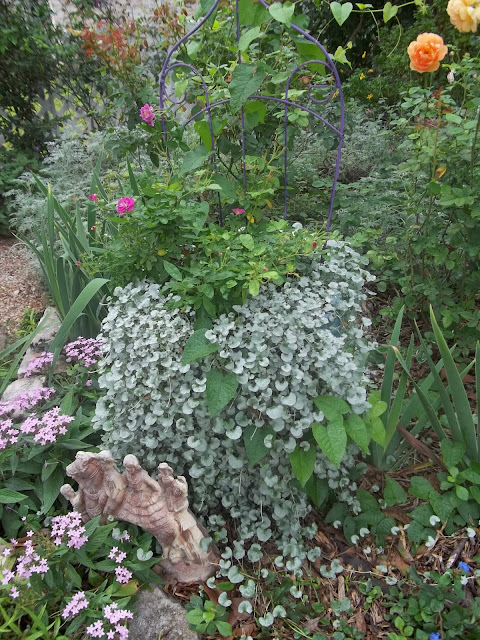 The voodoo lily was in full flower, it was covered later to keep the stink away from our snacks on the nearby patio. 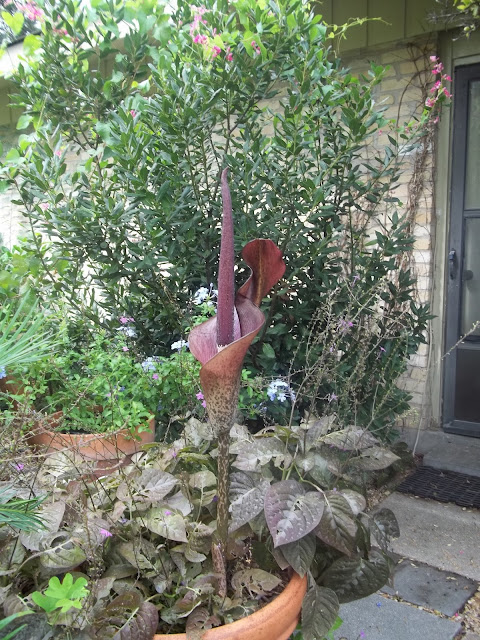 I borrowed a couple of Ragna's photos from that day.  This is Bob talking with visitors in the garden. 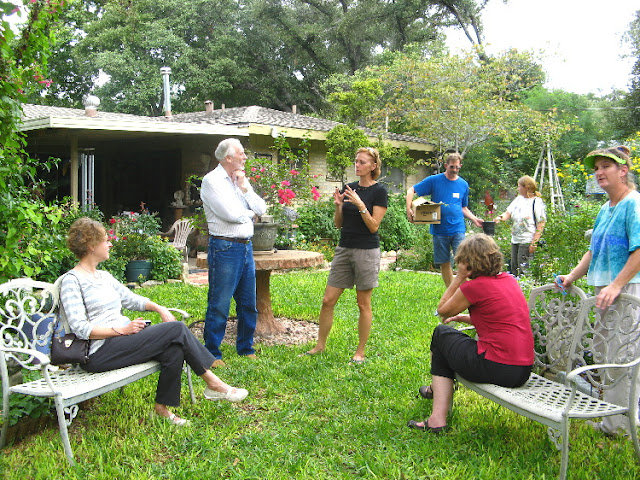 Ragna (center) poses with Patty on the back patio, Mara is on the left. 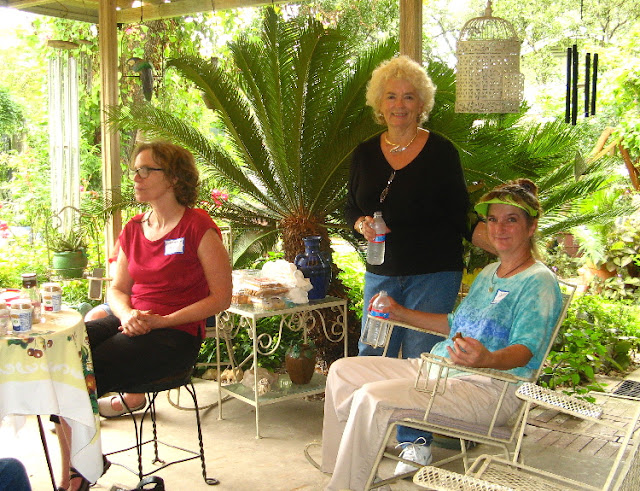 Bob says welcome to our garden and lets get this party started!

We all hope you enjoy meeting Ragna and Bob and touring their garden as much as we did.

A special thank you goes out to Linda Lehmusvirta and the CTG crew for recognizing this garden and making the trip to San Antonio to document it for gardeners everywhere to enjoy.

Links to my previous posts on Ragna's garden.

Inspiration and Imagination
Xeriscape Front Yard
Ready for its close-up
Posted by Shirley Fox at 8:55 AM