I'm continuing my ABCs of plants in my garden series with Photinia fraseri.  You can view the others in the series on my sidebar or on the Plant ABCs tab at the top.  Plant ABCs is a series to document the plants in my garden.  I'm going through the alphabet in order and when it is completed I will add and update entries.

Photinia fraseri or Red-tip Photinia is one of the most common plants in my neighborhood.  Almost everyone used it for screening along their fences when the houses were built.  This non-native plant originated in New Zealand and has more recently been replaced in newer developments with native shrubs.  The photinia in my yard have been here for 18 years and along the fence line for even longer so they aren't going anywhere soon. 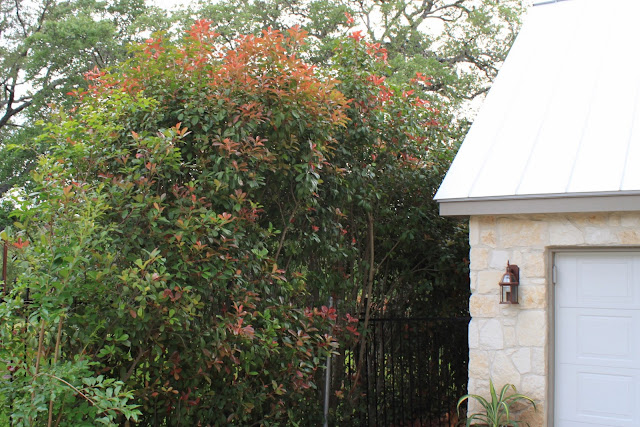 Regardless of how you feel about the ubiquitous Red-tip photinia, it's hard to beat for privacy.  The houses on either side of us were built first and both owners planted Red-tip photinia along their fence lines soon after moving in.  These planted by the neighbor to the south turned out to be on our lot and we have promised to keep them.  We also enjoy the bright color of the new foliage. 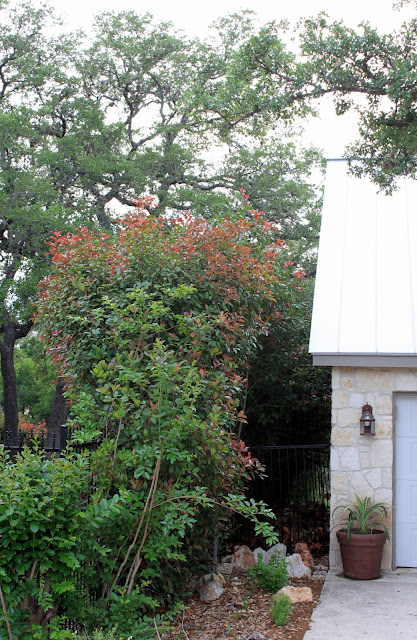 These were planted by our neighbors on the north and help shade the garden along the fence in the summer. They are blooming now and I think they are quite pretty. 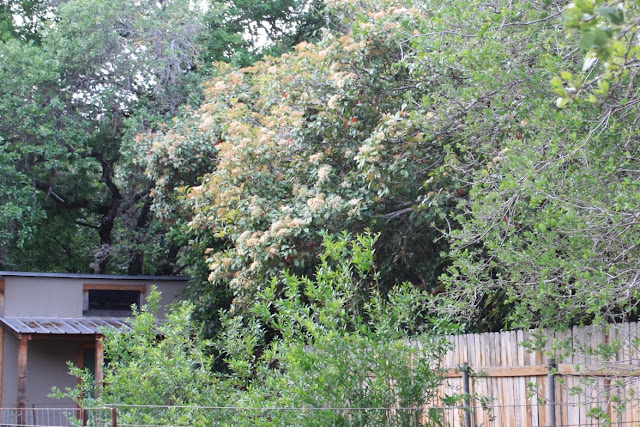 Closeups of the blooms 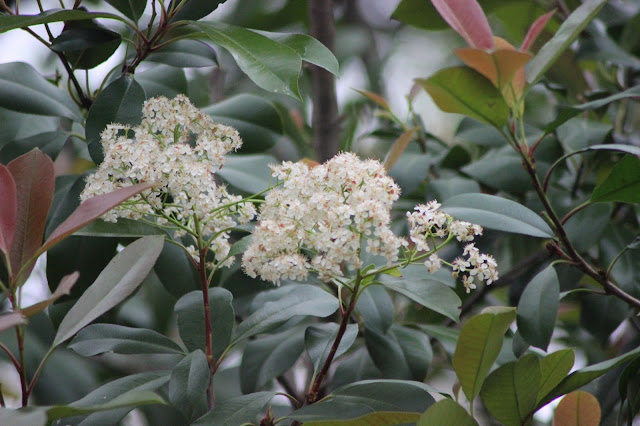 Reaching up to 20 feet on the north side of the house, they help hide a tall hotel building 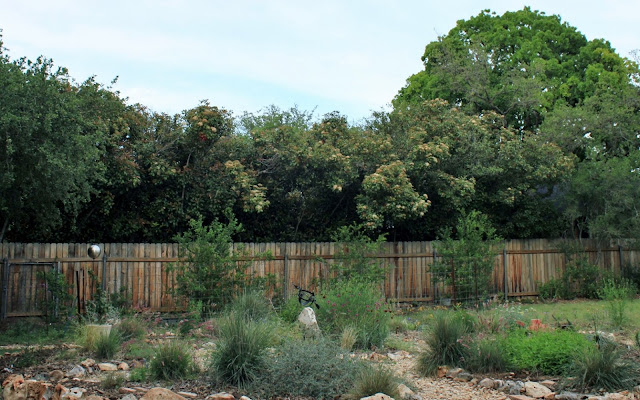 Hotel?  You thought we lived in the far suburbs?  Well yes and no.  We do live away from the city but we also live just a few blocks from one of the busiest commercial areas in north San Antonio.  Take a look at the upper right in the photo below to see just a small part of a very large hotel building on the major road behind us. 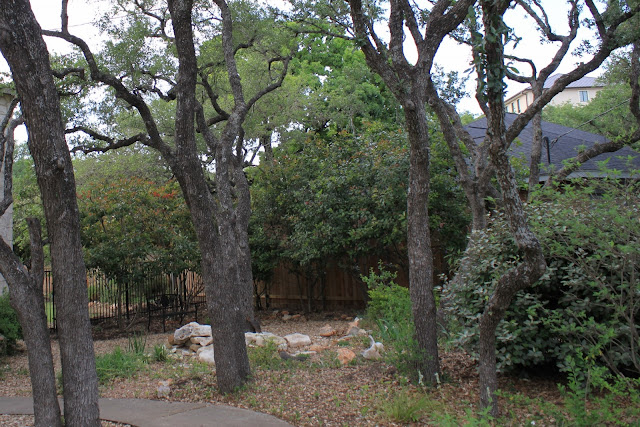 We planted seven red-tips in the front fence corner (above) shortly after we purchased this house in the mid-1990s.  At the time the corner and the rest of the front yard had few plants other than the oaks.  Knowing very little about landscaping with native plants at the time, I decided to match the plants on their side of the fence.

It is listed as an invasive in Texas, but the flowers are sterile so it doesn't spread by seed, and there have been very few spring up from roots.  Overall due to my love for native plants I probably wouldn't plant it now, but it is very good at doing what we want it to do, which is hiding the neighboring properties.

This view from my kitchen window shows how they hide the neighbor's deck.  Their red coloration of new growth in the spring is very attractive, and Cardinals love to nest in them, so we have plenty of them as guests. 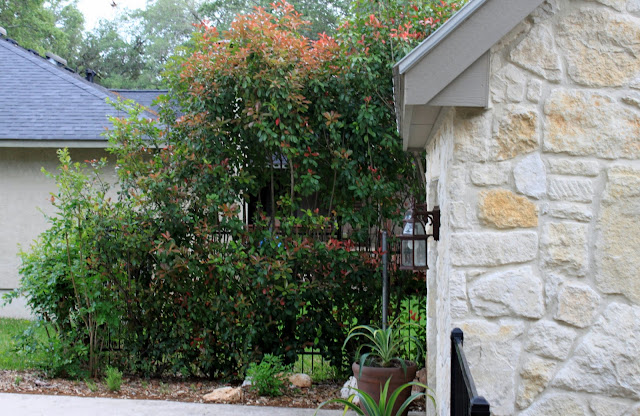 One downside is they are from the Rose family which makes them highly susceptible to fungal diseases like leaf spot and likely to need to be replaced eventually.  Another downside is they do get bare at the base.  We'll fix that by planting a perennial border and filling in with slow-growing native evergreens like Texas Mountain Laurel (Sophora secundiflora).  Trimming them from the top to open them up to sunlight helps promote growth of lower limbs as well.   One place you don't want to use these is where you need a small shrub because you would spend a lot of time keeping it trimmed. 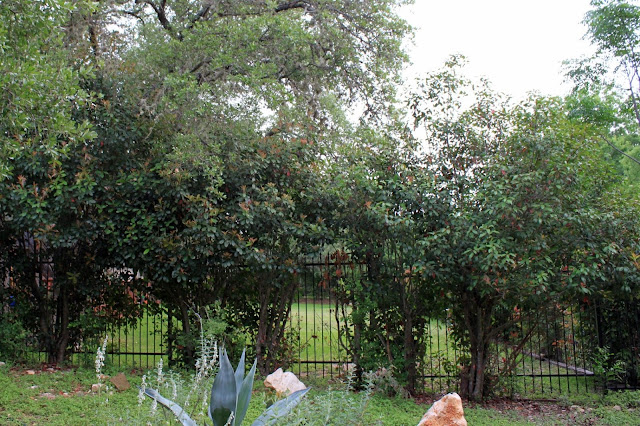 Hardy in zones 7 through 8, they have withstood the droughts and cold without batting an eye.  They are very low maintenance, which is a big plus.

So overall the Photinia fraseri is a very useful plant for privacy, very pretty in the spring, and attracts birds, all of which which makes it a good choice for Texas gardens despite its non-native lineage.
Posted by Shirley Fox at 4:49 PM