The Half-Buck and a follow-up

When I posted about the whitetail bucks in our neighborhood a few weeks ago I mentioned that this one was limping and missing an antler.  Readers had a few questions and concerns. 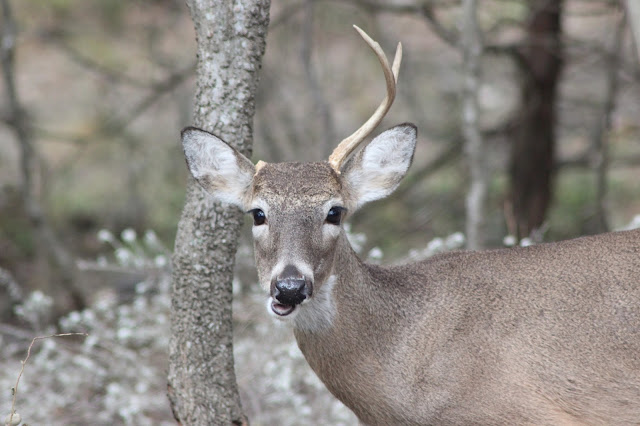 I spotted him running through the yard a few days ago so he's doing just fine.

Another question is about recognizing individual deer.  We do recognize them if they have a distinguishing feature like one spiky antler or if they follow a pattern by appearing at the same time each day.   Sometimes we even name them so we've decided that since he's a "half-buck" we'll call him 50-Cent which will last until he loses the other antler.

The comical expression might still give him away after that.  No word on a recording contract yet.
Posted by Shirley Fox at 9:24 AM