A few posts back I mentioned one of the two Bismarck palms in my yard had been "antlered" by a deer and I was both surprised and touched by the expressions of concern for the plant.  The damage was superficial and mostly affected older fronds.  The crown was not damaged so I'm sure it will make a full recovery--eventually.

Here's how it looked when first planted August 2012 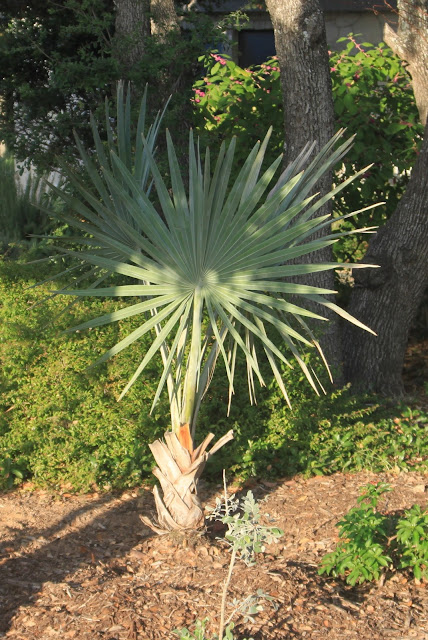 January 2013, just a few weeks after the damage occurred.  You can see the stems of the fronds are shredded but the crown is undamaged.  Note the new frond emerging from the center.

In the late fall whitetail bucks will rub their antlers to remove the velvet and prepare for the competition of mating season.  The use of a palm for this process was a surprise to us as the deer needs a flexible surface to get in between the antler points and the palm seems too coarse.  Then again, they have shredded leaves on two large agaves so no one ever accused them of being being very bright.

We have now placed large rocks around the palm to make it more difficult for a buck to get his antlers on it without bumping his head. 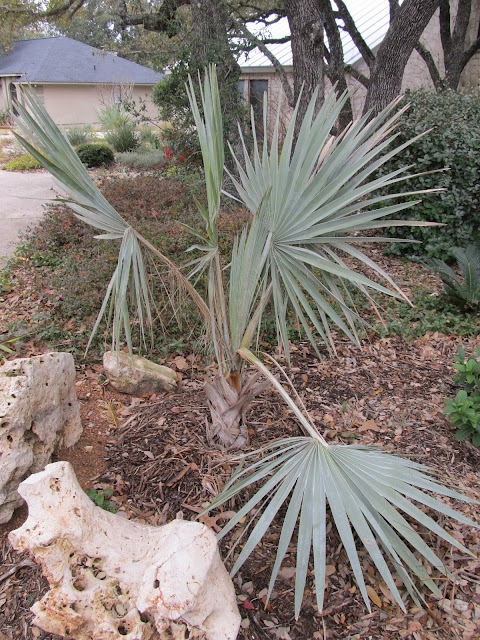 Several of the damaged fronds were cut off earlier in February.  As damaged fronds brown and fall down they are removed.   The new frond has emerged (right) and there's a second frond down inside waiting its turn. 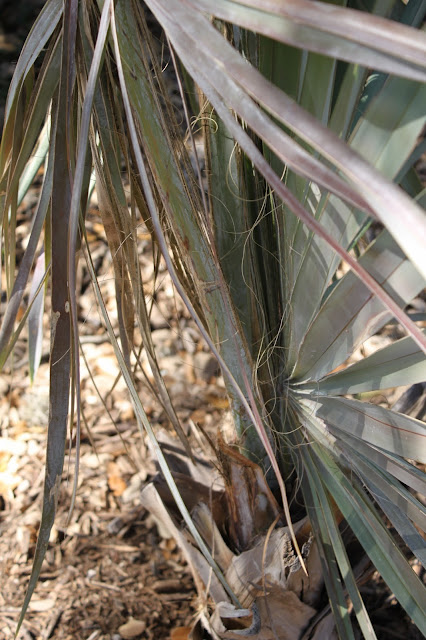 See?  The new frond is fully open and the palm will be just fine if the sun would only shine more.  We've had a cloudy winter. 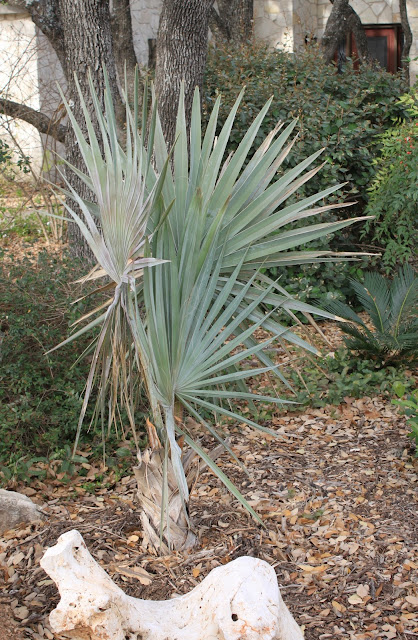 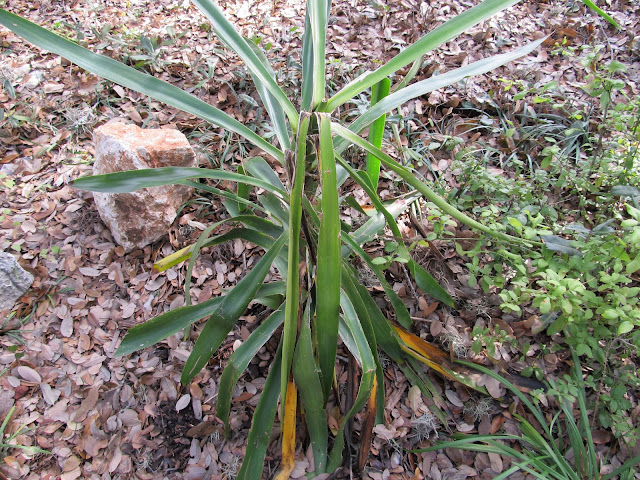 This week I cut the shredded leaves off and the new emerging leaves are damaged so it will be a while before undamaged leaves appear.  It's currently near the front door and will be moved to the back of a shady border where the bare stem will be hidden and it can recover. 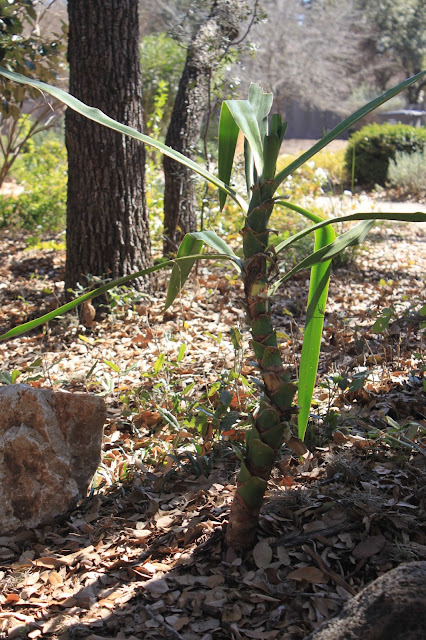 This is all part of living with deer in the neighborhood.  They are fun to watch but so often cause enormous damage, often inventing new and interesting methods.
Posted by Shirley Fox at 9:50 AM