Sixteen Tons and What Did We Get? -- Topsoil!

We also had our work cut out for us this past weekend.  A yard of topsoil weighs in at just over a ton and last Friday we had approximately 14 yards of topsoil delivered to our driveway.  We estimated the weight to be about sixteen tons. 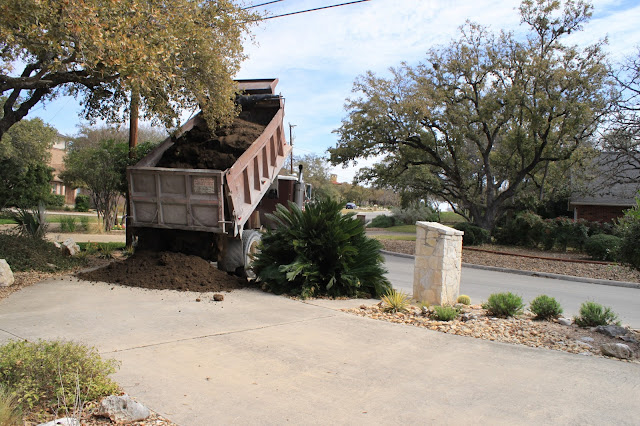 This topsoil delivery was especially nice as it is richer than the topsoil we got last year from the same driver we found on Craigslist. 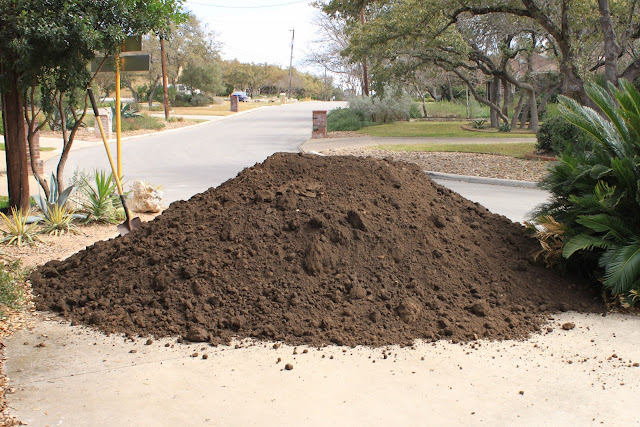 We didn't go into debt as the old "16 Tons" song might suggest.  Over the weekend we shoveled it in to wheelbarrows ourselves and moved it to several raised beds and other locations around the yard.  We calculated it as a rough equivalent to 500 40-pound bags.  It's significantly less expensive to go this route.

We worked pretty fast too.  Friday afternoon when delivered shown above, Saturday evening below. 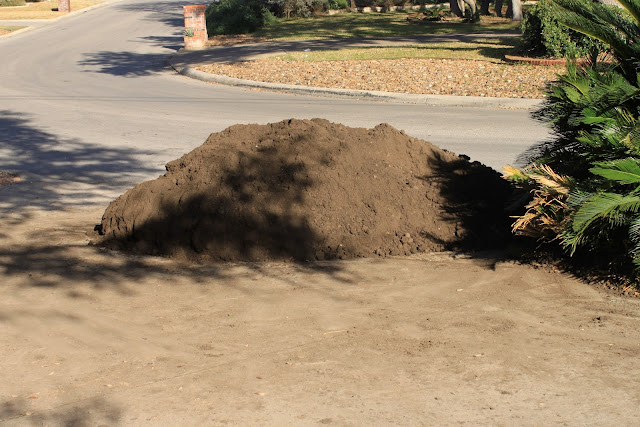 By Sunday afternoon the task was complete. 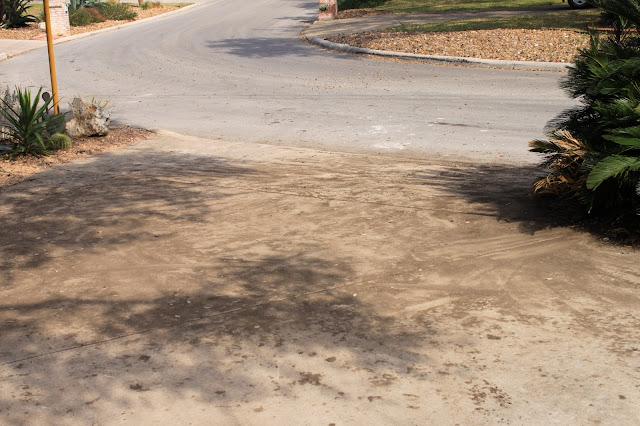 Here we are ready to take another load down the hill.  My wheelbarrow is on the right.  Right, you say?  Okay it's the one on the left and I'm proud of it. 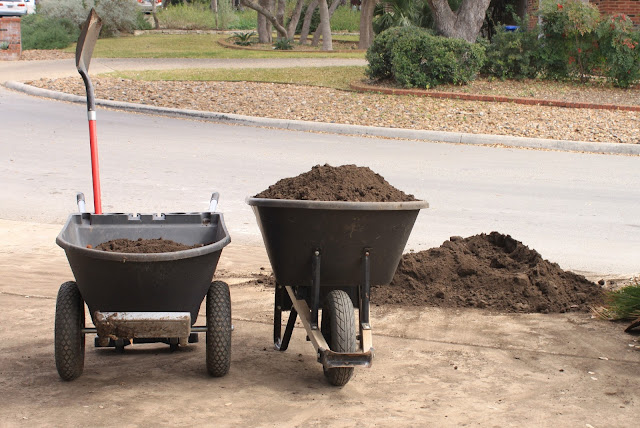 To keep track of the number of wheelbarrow trips the two of us made, we used the ancient system of lining up pebbles -- mine and his.  We kept separate accounts because there's a bit of disparity as you can see.  This was not for competition, just to see how many wheelbarrow loads are in a truckload of topsoil.  Turns out it was 56 large and 31 small wheelbarrow loads. DH overloads his compared to mine, so the total number of standard wheelbarrows per truckload would be roughly 75. 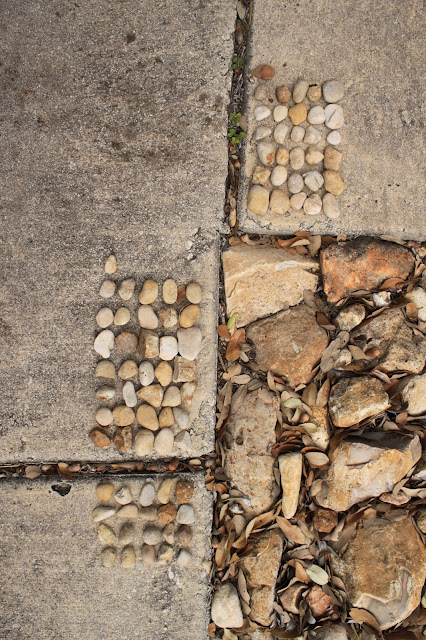 And what did we get besides another day (actually two) older? We extended the backyard planting border around to the new metal fence and gate. 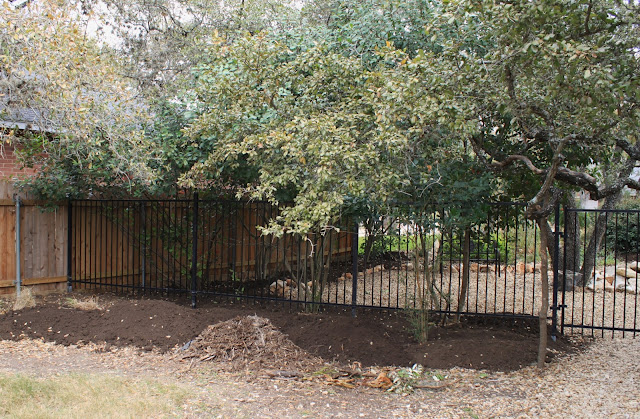 The new planting bed goes under the fence into the front yard. 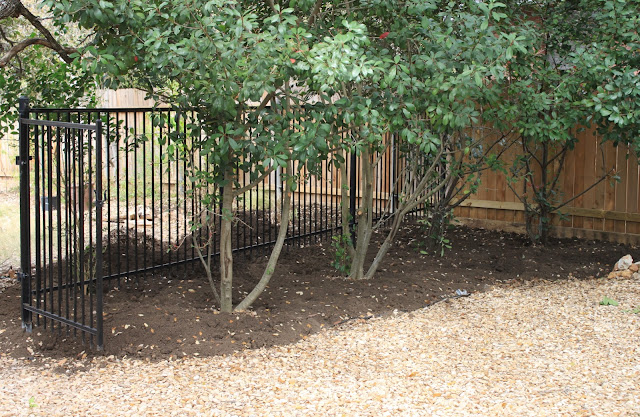 Filled in around flagstones in the garage courtyard.  The spaces are wide to allow room for lots of groundcover with a creek in the middle.  This creek actually flows during rainstorms. 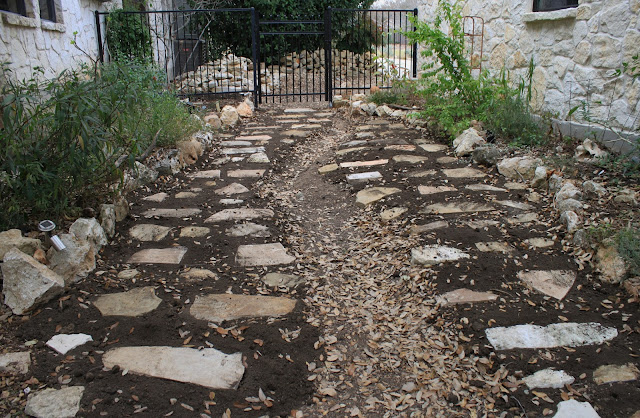 The rest of the topsoil was piled in a couple of locations around the yard for future projects. 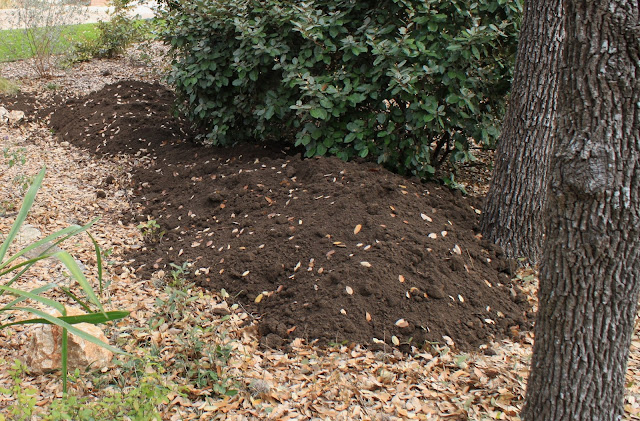 Those future projects will have to wait for now.  We're sleeping in and taking it easy for a few days.
Posted by Shirley Fox at 10:09 AM