For Foliage Follow-Up, sponsored by Pam at her blog Digging, I'm focusing on winter foliage in my front garden.  At this point in the winter is when the work we've done over the last few years pays off in the front garden. It's also the time when the garden is at its dullest.  It's not so dull this year.   The driveway plantings were completed last summer with year round interest in mind.  The salvias aren't blooming but they are green so it looks good and not too different from any other season of the year. 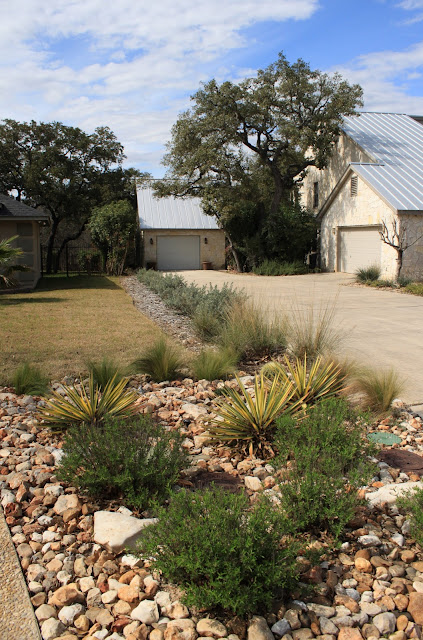 No way to disguise all that concrete but the plants help soften it. 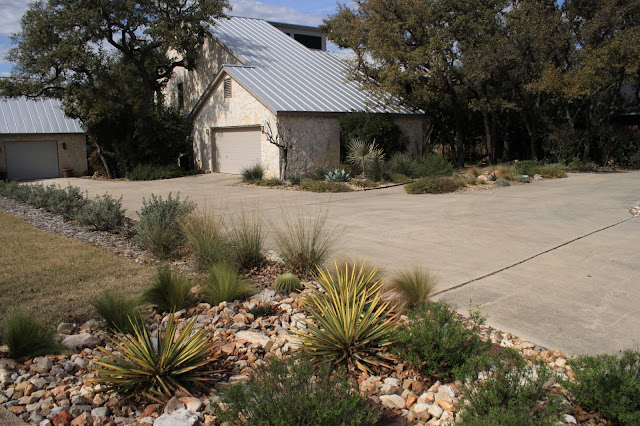 The driveway entrance from the north side looks the same year round with a passalong yucca, Color Guard Yucca, Golden Barrel Cactus, Agave, and the Bismarck palm in the back which has been shredded by a buck sharpening his antlers.  The palm will survive but it may take a while to recover.  In the front by the rock Opuntia Santa-rita is  forming flower buds. 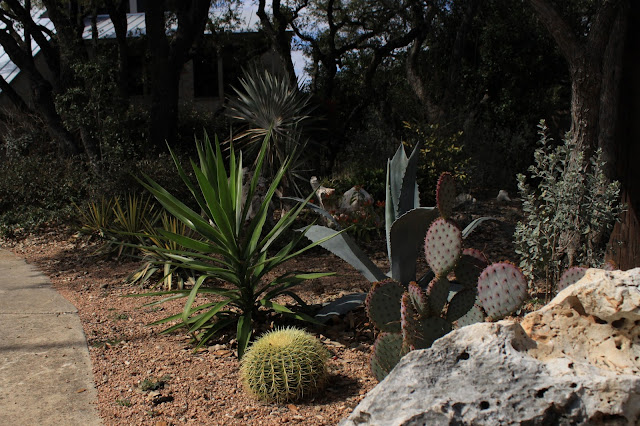 The driveway island also looks the same much of the year.  The plants in front are Spanish Lavender (Lavandula stoechas) which will bloom soon.  This looks about the same all year except when the gold lantana blooms in the summer. 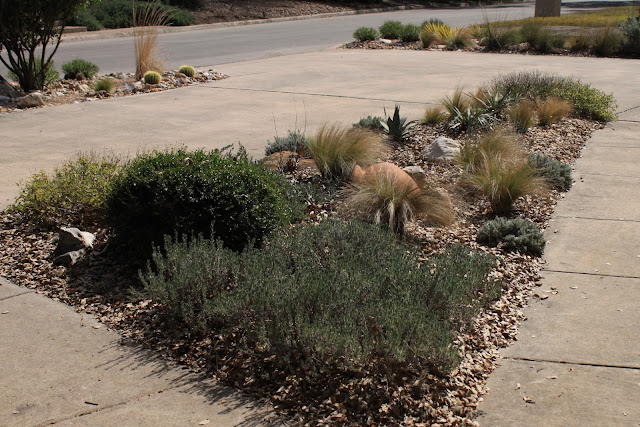 You didn't think I would leave out the Agave ovatifolia did you?  A "statement piece" as my sister-in-law called it when she visited a few weeks ago.  It gets a bit paler in late winter but holds its own in this spot most of the year. 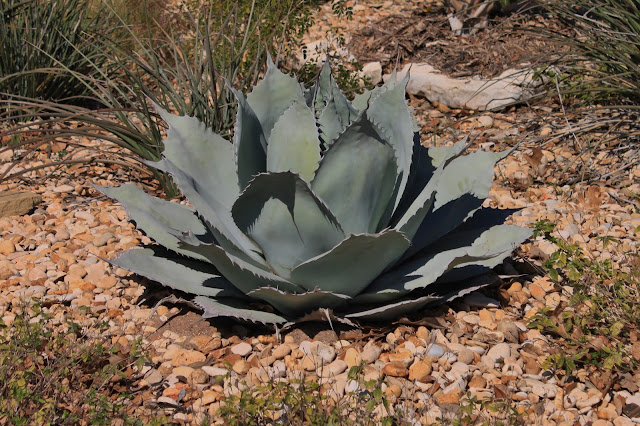 That's it for foliage follow up February 2013.  Foliage Follow-Up is the 16th of each month and the day after Garden Bloggers Bloom Day when bloggers highlight foliage in our gardens.To see more foliage from garden bloggers check out the comments section at Digging.
Posted by Shirley Fox at 7:26 AM