There's a bee in my (Blue)bonnet!

Pollinators in the form of bees have descended on our bluebonnet patch.  We've had a shortage of pollinators around here for a few years so this working bee was a welcome sight. 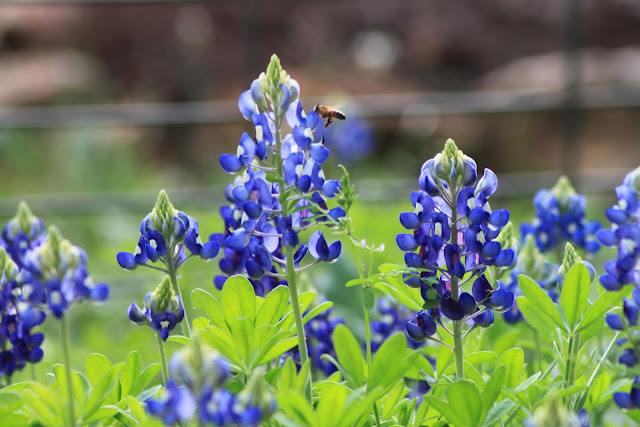 This one little bee was buzzing about by herself and the phrase "bee in her bonnet" came to mind.  The phrase is quite old with an early version first written in 1513.  There are a number of meanings assigned to the phrase.  One definition says it refers to "a state of agitation".  Another is "an idea which is fixed in one's mind". 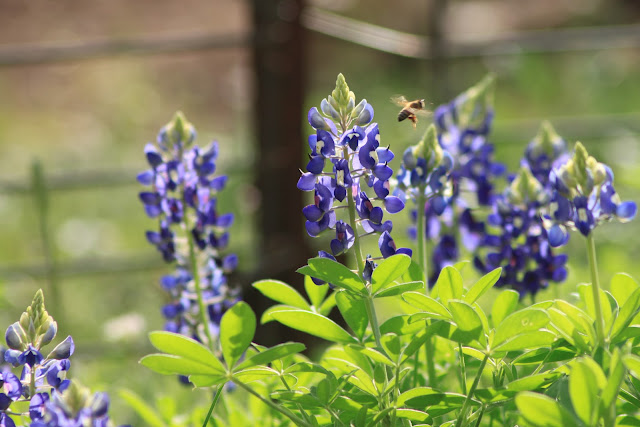 The second definition would certainly apply when it comes to my garden this spring.  After two years of drought and three years of planning, we've been busy as a bee trying to finish several big projects before the heat of summer sets in.  The garden has been on my mind a lot these last few weeks. 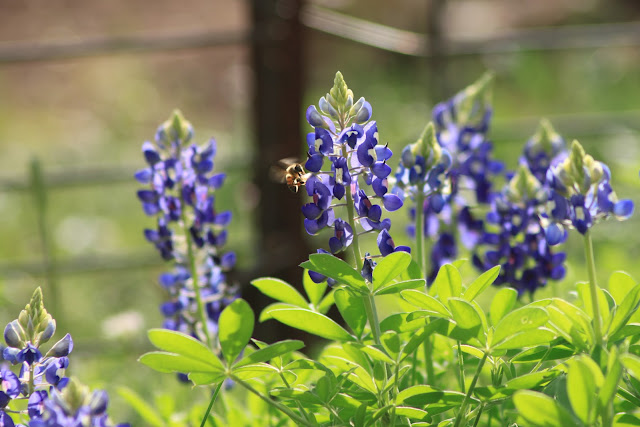 The bee apparently gets a little help from the flowers, which provide color-coded signals telling the bee which ones to visit.  A Bluebonnet is made up of many individual flowers on each stalk and each flower needs to be pollinated to form a seed pod.  When the young flower is ready to be pollinated, the center is white, the color which attracts bees most.  As the centers turn pink and finally red with age, the bees tend to ignore them. 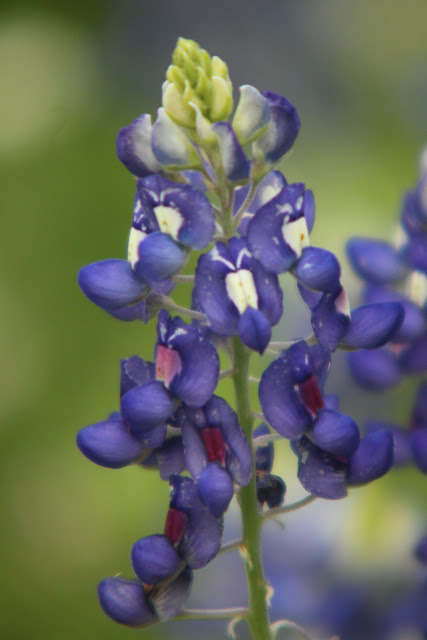 It's believed this encourages bees to visit flowers that have more viable pollen since the bees prefer the white centers. 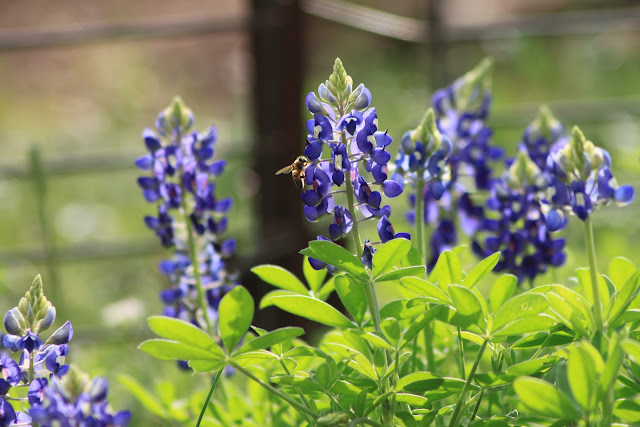 Guess you could say I have a bee in my bonnet since there is a lot to do in the garden this spring.
Posted by Shirley Fox at 8:42 PM