Sometimes a good garden requires several attempts.  Take my driveway island...please!  I've been working and reworking the west half of this small spot for three years.  Maybe, just maybe, it's now right.  The driveway island was one of the first areas completed in the front yard makeover and by the fall of 2010 it was looking just as I had envisioned it. 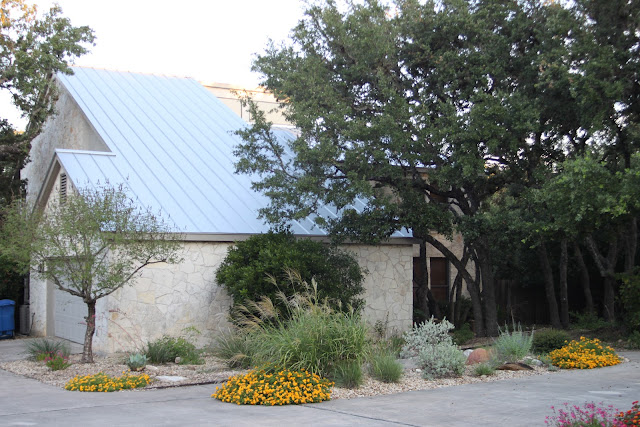 The Zebra Grass (Miscanthus zebrinus) planted there looked especially good while dormant so I crossed this spot off the to-do list. 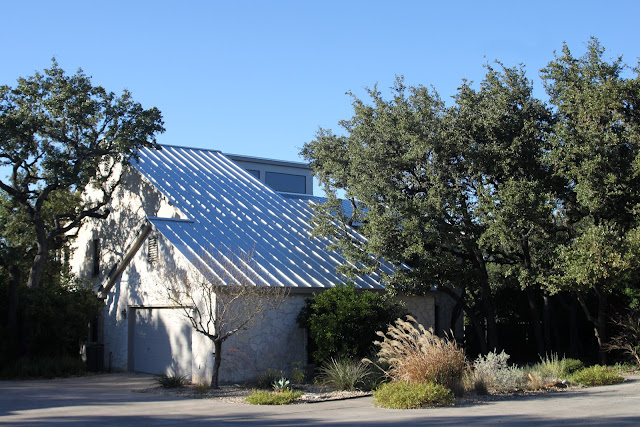 
A  year later the Zebra Grass and Ruby Crystals Grass (Rhynchelytrum nerviglume) in the front island bed had been reduced to toast by the drought and heat of 2011. 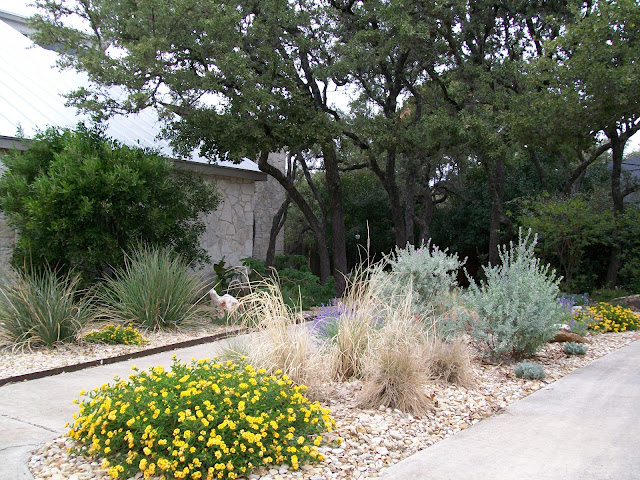 Clearly a rework was needed and since this is a highly visible spot, it moved quickly to the top of the to-do list.  I replaced the miscanthus with three drought and heat tolerant Lindheimer's Muhly. 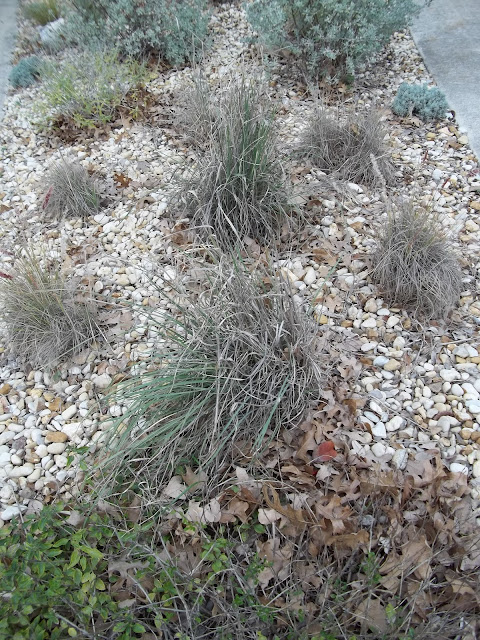 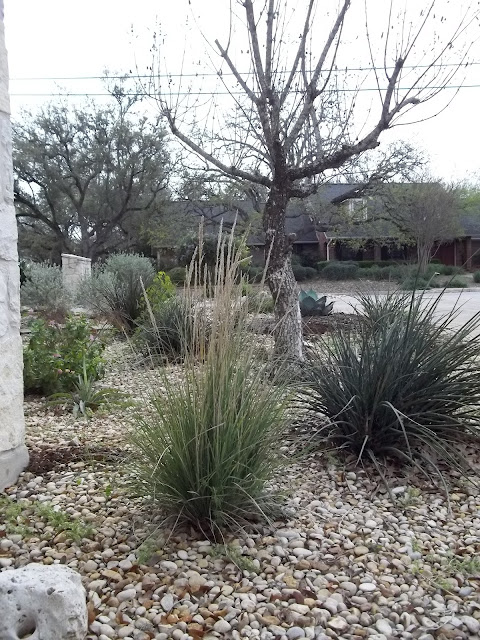 In fact, they looked weedy and more like field grasses.  Definitely not a good look for the front yard where I need plants to hold up through the winter.  They were dormant when planted and I was pretty busy last fall so I decided to wait.  When they began to green up this spring I compared the blades and, sure enough, they are not Lindheimer's Muhly.

This all worked out okay because I had changed my mind about what I want there anyway.   I decided to add Gulf Muhly (Muhlenbergia capillaris) to my yard after seeing the most amazing displays of them all over town last fall and noting that they continued to look good all winter.  The Lindheimer's Muhly originally appealed to me because I didn't think I would like the Gulf Muhly pink as much.  Plantings like this one along Josephine St. changed my mind. 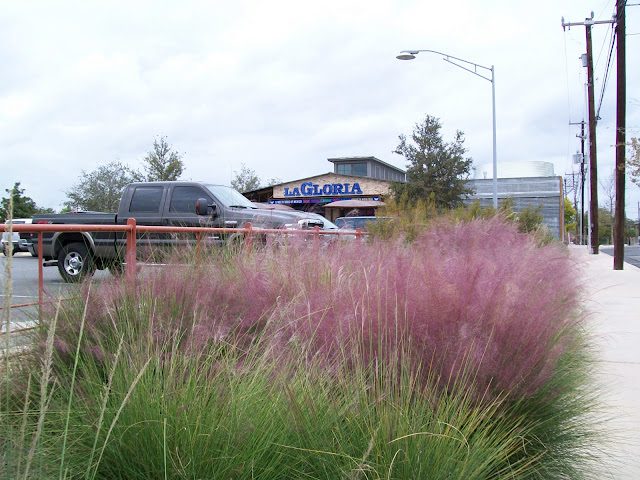 The unidentified grasses have been moved to new beds in the back yard.  Fortunately my husband disliked the mystery plants even more than I did and was more than willing to help me move them and plant the Gulf Muhly.  We also relocated the Ruby Crystals Grass and replaced them with the more drought tolerant Mexican Feather Grass (Nasella tenuissima) 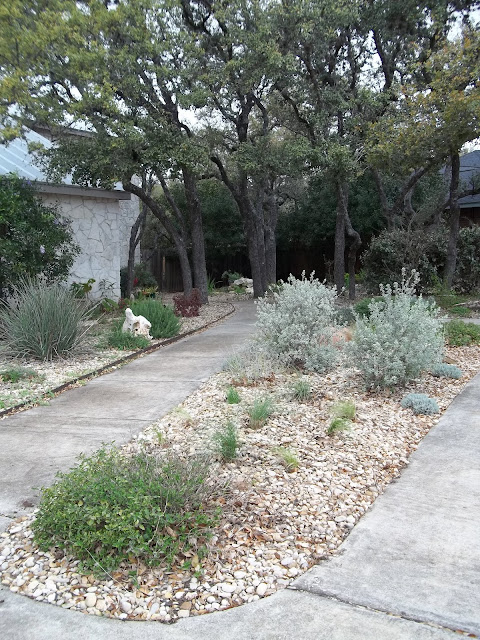 That looks better already!  Well....at least to me it does.  It will take about 18 months before they mature, but these plants will stand up much better to our weather and drought.  We finished just in time for rains this weekend.

The three misidentified plants were deeply discounted in a fall sale last year and I've found a new spot for them so I'll just let the nursery know what happened.  It'll be a fun surprise to see what they are when they bloom in the fall.

It's such a prominent spot that if this doesn't work, I'll rework it again.  Meanwhile, I love it when I change my mind and it works out.
Posted by Shirley Fox at 9:22 PM