Today's choice for the ABC's of my garden is this gross looking Fuligo Septica or Dog Vomit Slime Mold.  Ewwwww.  I didn't make this up it's really named after dog puke.  It was even "fungus of the month" on this site. 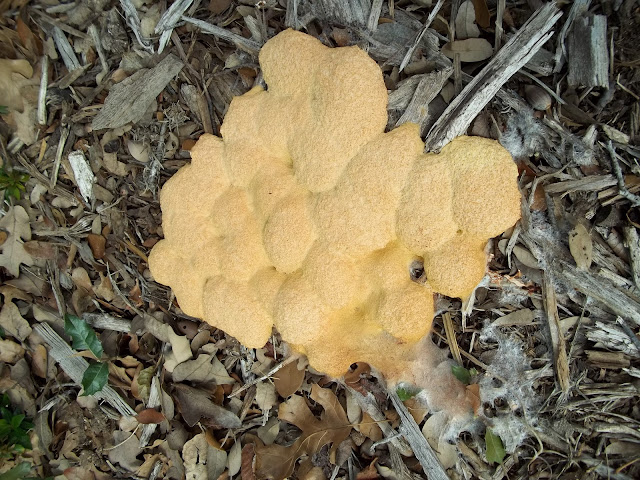 It appeared in the mulch out front just after the recent rains quit.  When I sat down to research it and saw the words "Dog Vomit Slime Mold" pop up, I was pretty sure I had found a match because that's exactly how it looks.

The good news is that we've had enough rain this year to grow things like mold and fungus.  Better than the drought of 2011, which I hope we will remember as the worst in Texas history.

Gardening isn't always about the pretty pictures.  Just had to share.
Posted by Shirley Fox at 8:25 PM