Gardening on the Rocks

You might not understand getting excited about a dump truck of dirt arriving.  But with our 80% rock soil called caliche here in north San Antonio, dirt is an important commodity. Somewhat like the movie "Waterworld", if you know what I mean.  This load of sandy loam topsoil will keep us busy the next few days. 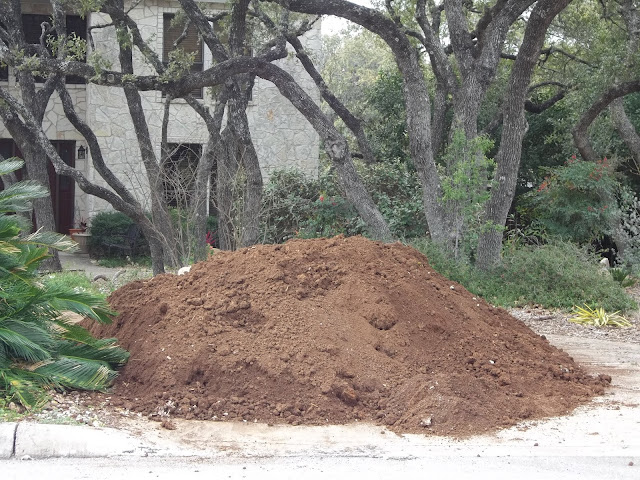 Most of my gardening is in raised beds and I was running of places to plant so we ordered this topsoil two weeks ago.  Then it began to rain and rain so they couldn't deliver it until yesterday. The first time in two years rain could have caused such a long delay. 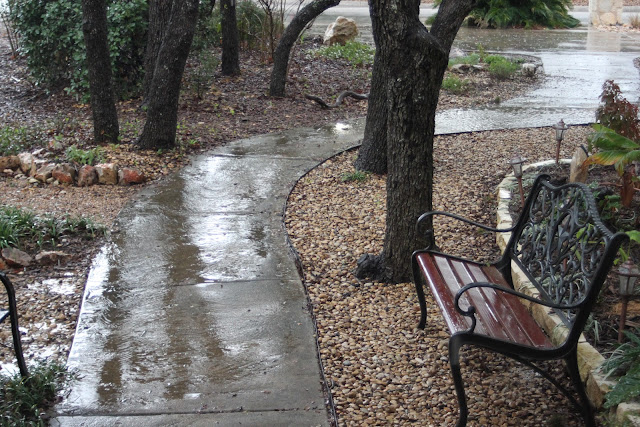 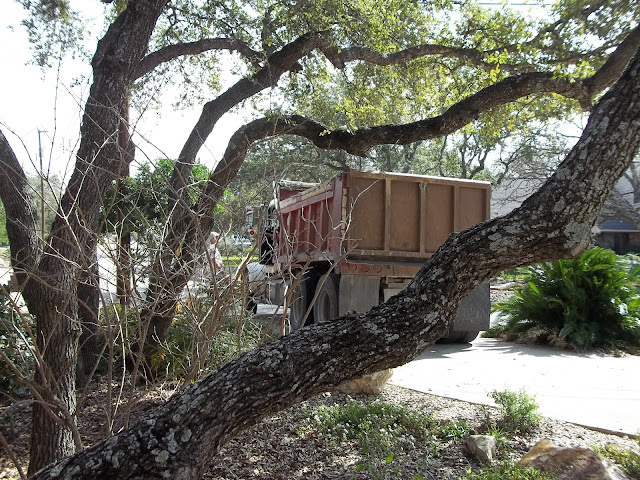 Our driveway usually seems too big until we need to fit in a dump truck.  That's my husband making sure the truck misses the power lines and everything else.  During college summers he worked as a railroad brakeman -- A skill that still comes in handy from time to time. 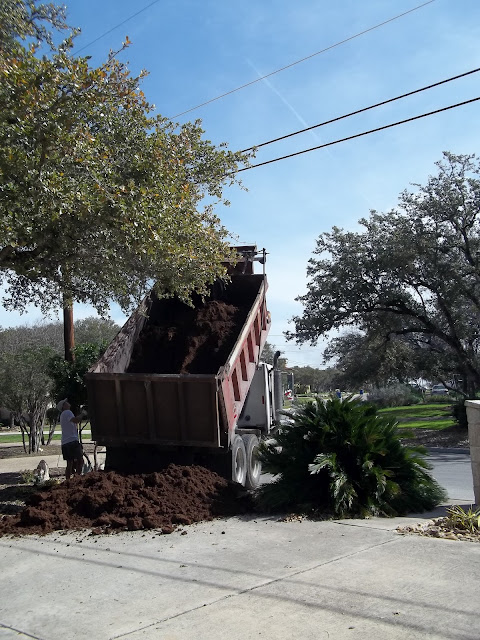 He even checked to make sure the truck was empty.  And in his spare time sticks his head into alligator mouths.  Whooooaaaa. 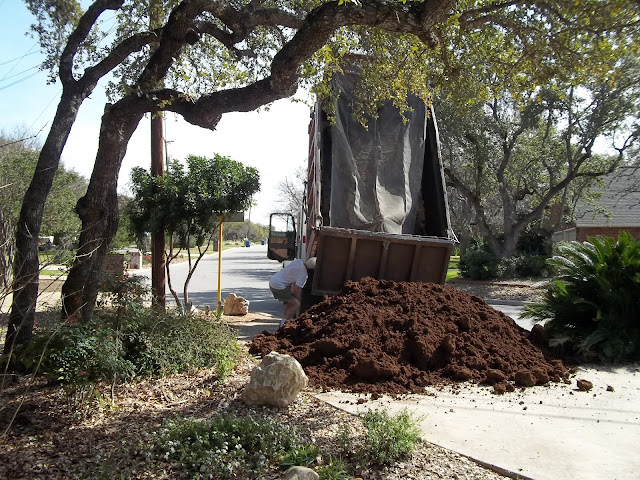 "Yep, looks empty to me."  Now we just need to move that big pile around to the new raised beds in the back yard. 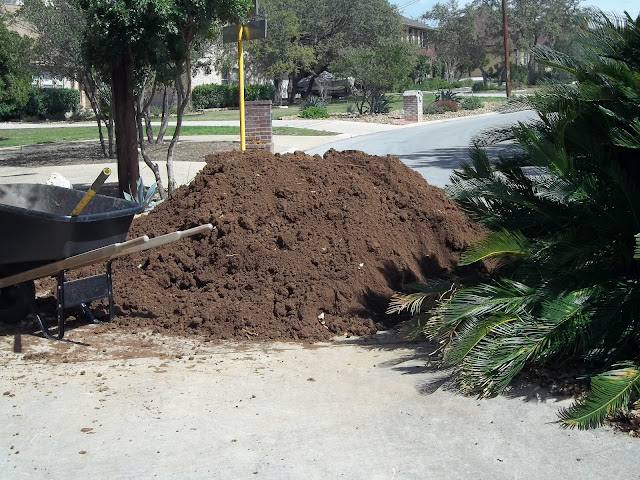 Soon I'll have plenty of new planting beds to show you.
Posted by Shirley Fox at 1:35 PM