Around the Block: Aloe and Agave Blooms

Let's take a break from the Plant ABC's today with a few photos from around the neighborhood.  I enjoy reading the posts by Loree at Danger Garden showing yards and gardens from her neighborhood and all around Portland, so I decided to give it a try.  Far from "nailing it" on my first few trips around the block with a camera, I didn't like any of the photos at all.

That doesn't mean I'm not persistent or will give up easily.  Finally, this past Tuesday, I spotted this pretty bloom which I think is an aloe. 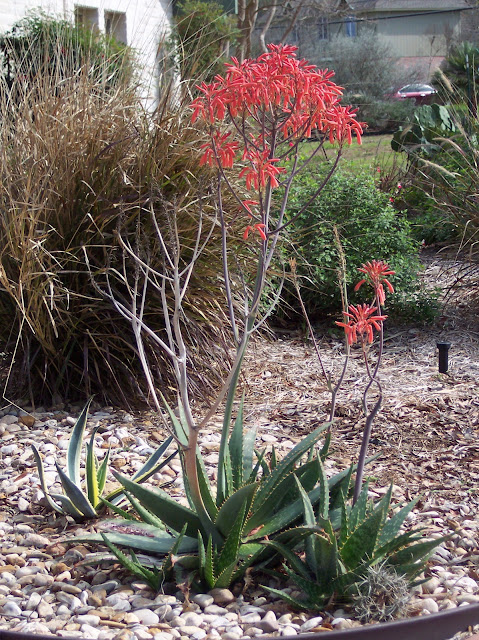 A wider view of the garage side garden which goes all around the edge of their corner lot.  The large agave in the background is in front of the house on the other street. 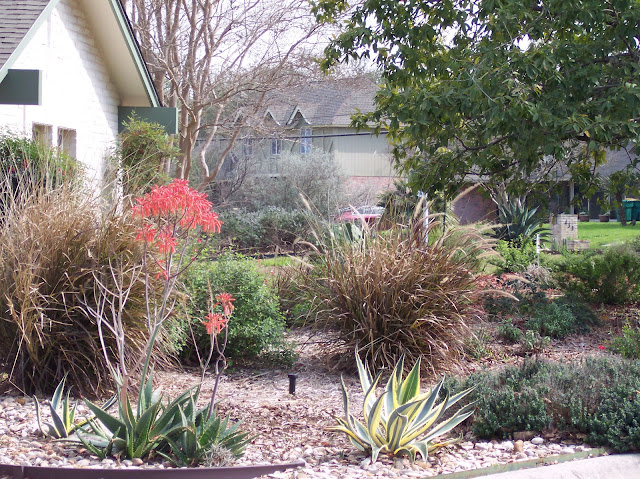 They lost several beautiful cacti specimens during the big freeze in February 2011.  It's nice to see their garden looking so good now and that the fountain grass survived the winter demonstrating just how mild the weather has been here compared to the last two years.

Several blocks away, this Agave bloom appeared a few weeks ago 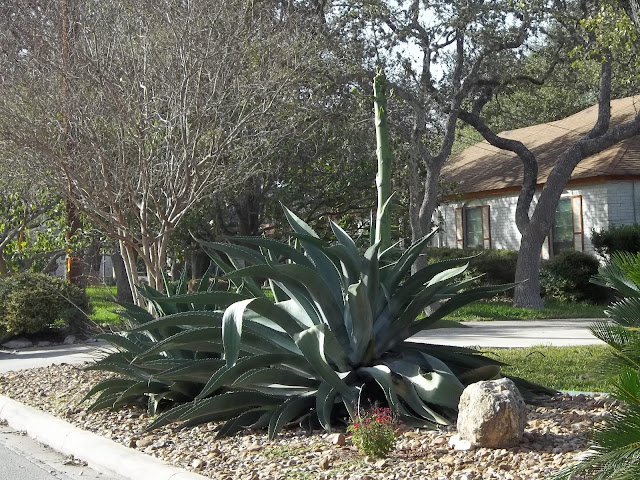 On Tuesday I went back by and took another shot as the bloom is now over six feet tall and beginning to open. 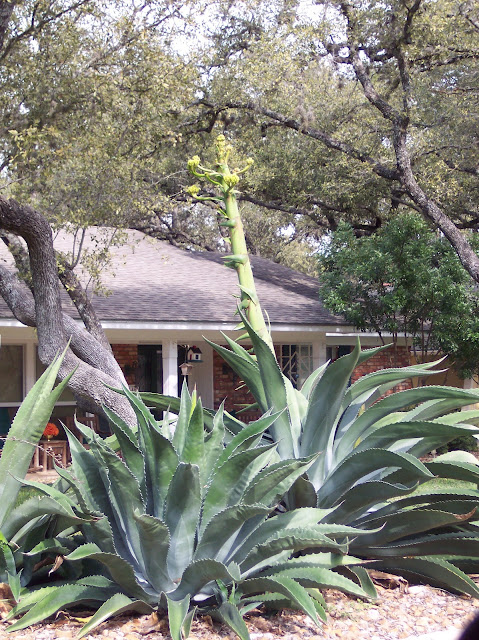 This beautiful agave will eventually die when it finishes blooming, but it looks like they have several ready to take its place.  A number of large agave plants died all over the neighborhood last winter so I'm taking note of which ones survived.

That's the scoop from around the block this week.  The nicest yards and gardens in the neighborhood are very natural and as we get closer to spring it should be easier to get better photos.
Posted by Shirley Fox at 1:39 PM