I first spotted Texas Greeneyes while browsing the impressive native plant display gardens at Medina Garden Nursery and knew instantly Berlandiera betonicifolia or texana was a plant I had to have in my own garden.  I'm joining Gail at Clay and Limestone for Wildflower Wednesday on the fourth Wednesday of each month to highlight one of my favorite native summer blooming plants. 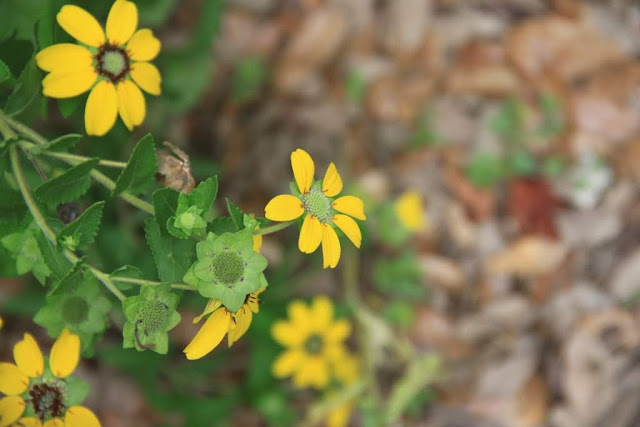 According to Sally Wasowski's book Native Texas Plants it's easy to grow in just about any soil and doesn't need much water.  The Wildflower database tells me Greeneyes are native to my Central Texas area.  Sounded like a sure thing for my garden, and they were just that.  They are perennials so plant them once and they'll be back in future years.

Unless you have armadillos.

My first attempt at growing these ended when an armadillo dug my one single plant up by the roots just before it set seeds.  Medina is over an hour and a half drive by back roads.  It's a beautiful drive in the country so I managed to get out there again the following spring and brought home several to plant in different conditions just to make sure.  This time I added cages and rocks to discourage animal digging.

And it worked.  They have now returned two years in a row.  And I still love having them bloom in my garden from Spring to Fall.

Reading about the care of a plant and growing it yourself are often two different experiences.  No less the case with Greeneyes.  With several plants from my second trip to Medina I could experiment with a variety of planting locations.  Available information states they grow best in part shade which I have found to be true.  The same sites also state that they flop over in shade which they do.  So I planted some in full sun.  And they flop over in sun too!  Conclusion, it's a floppy plant.  Most of the photos in this post show them leaning sideways.  I still don't care because those green eyes surrounded by bright yellow petals are just so fun to see in the summer garden.  Every flowering stage from bright green eyes to petaled flower adds interest to the plant. 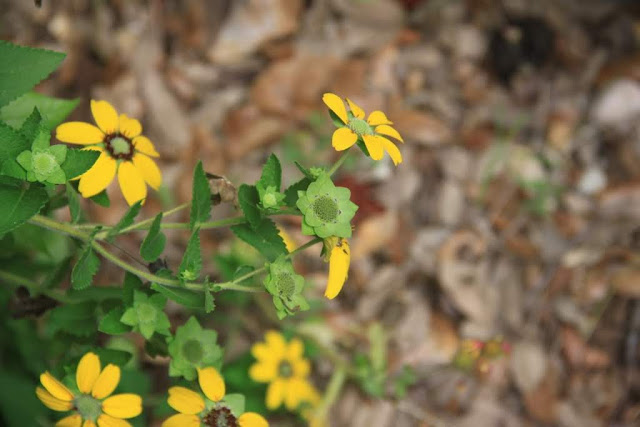 New flower eyes are green.  Stems are fuzzy and sticky like sunflowers. 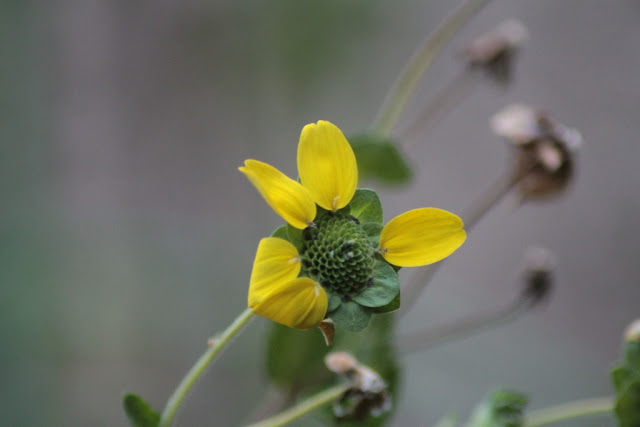 Varying burgundy rings emerge in the eyes as flowers age.  I'm saving those seeds to continue lining the fence with them. 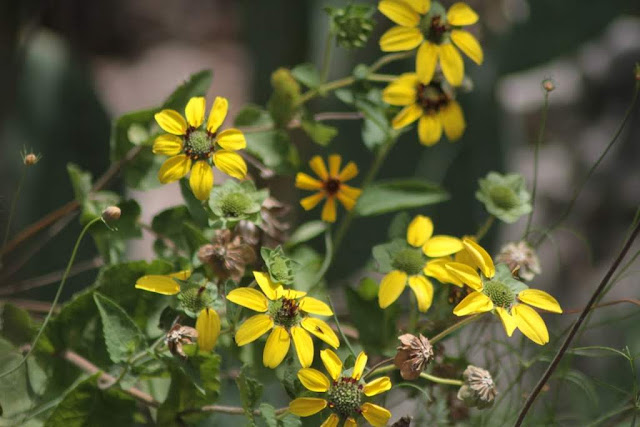 It's related to Chocolate Daisy and is said to have a similar chocolate fragrance though it's not as distinctly chocolate scented. 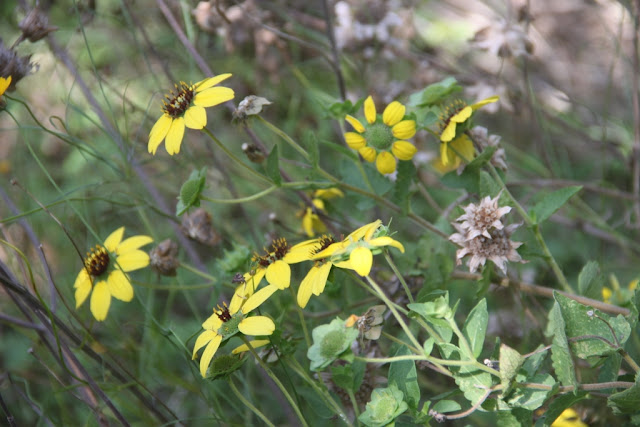 The Wildflower Center info recommends planting with native grasses.  I might try that to give them something to lean on.  Fading Beebalm works pretty well too.  I haven't seen many pollinators on these but I do have plenty of other nectar options nearby. 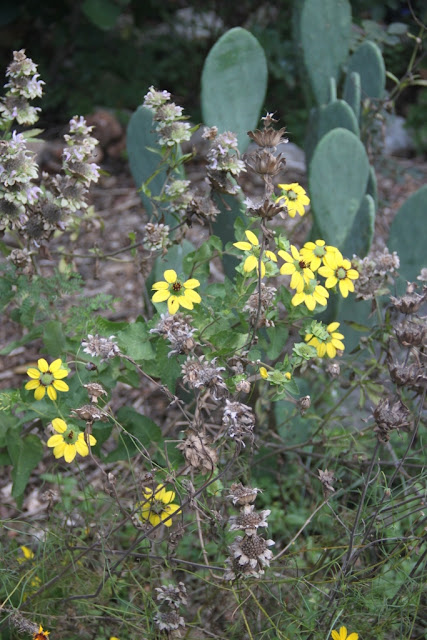 Sally Wasowski writes that she waters hers about once a month in the hot Texas summer.  These went about ten days without supplemental water before they looked in need of a drink so I'd say 2-3 times in the summer months. 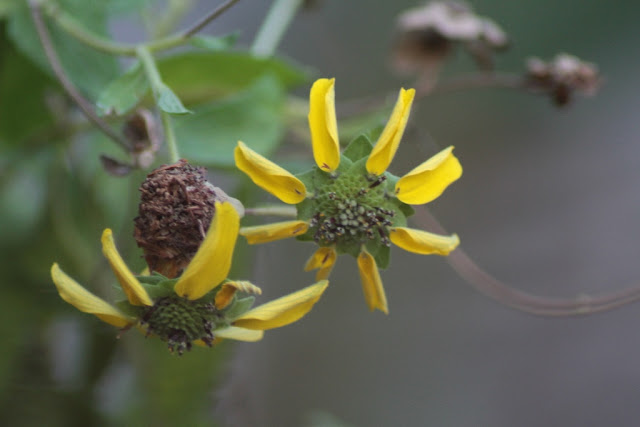 Height 18" to 24", spring to fall blooming, grows in most soil types with dry to average moisture, sun to shade.  Native to the Central U.S. states and down to Mexico.  Perennial in my zone 8b garden.

This is a keeper.

Join Gail to learn more about growing native plants in the garden.
Posted by Shirley Fox at 4:01 PM