Wildlife Wednesday: All in a day for November

I rarely plan my Wildlife Wednesday posts in advance so this one is an exception.  It just happened that one day in late October the garden was busy with so many different and interesting forms of wildlife I decided to show you just one day, "a day in the wildlife" you could say.  Wildlife Wednesday is hosted on the first Wednesday of each month by Tina at "My gardener says...."

My day started with observing what appears to be a female black chinned hummingbird on a small branch.  It is fascinating how their head, and entire body for that matter, never stops moving.  This one might be waiting to dive bomb and chase other hummingbirds away from the feeder.  Oddly, the chasers rarely visit the feeders.

A few minutes later I spent about an hour (off and on) convincing two Carolina Wrens to leave the screened porch and that's when it occurred to me I could make "a day in the Wildlife Wednesday".  The two birds had somehow found their way in and were clearly enjoying exploring their own private aviary.  It was time for them to go out before they made a mess of the furniture and plants. 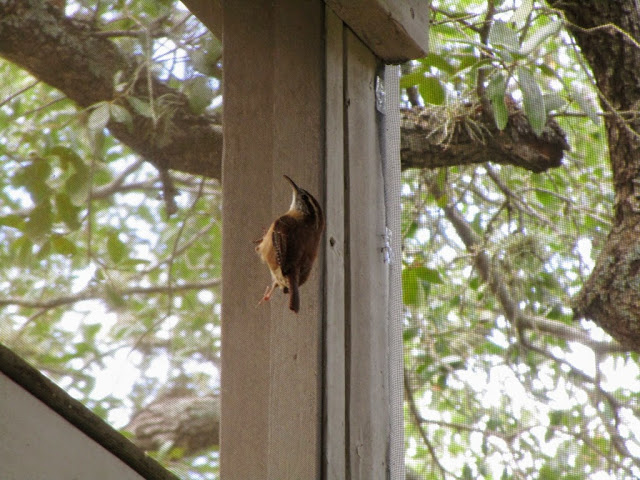 When I tried to get them out they kept flying up to a cubby near the roof.  It's apparently easier to get in than out.  Here's a bit of the excitement:


When they tired of trying to fly up to the roof they dropped to the floor and began exploring so I just shooed them out the open door.

Meanwhile out the garden, fall-blooming White heath asters were fairly buzzing with activity. 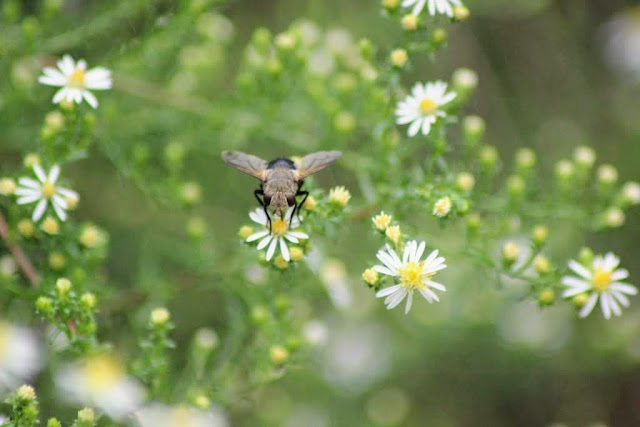 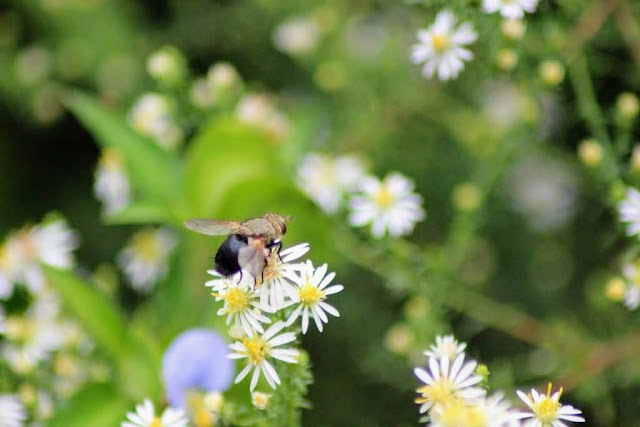 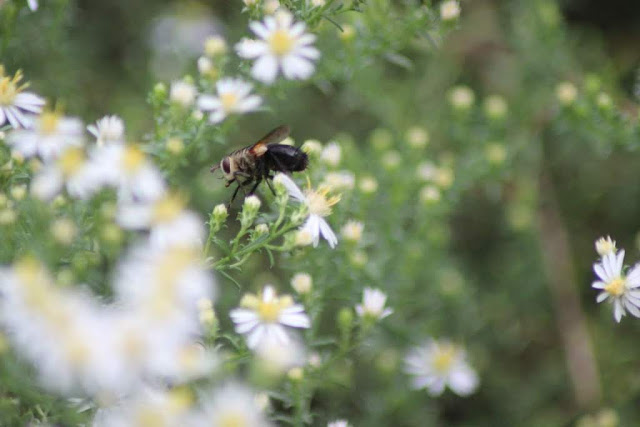 I think this is a paper wasp. 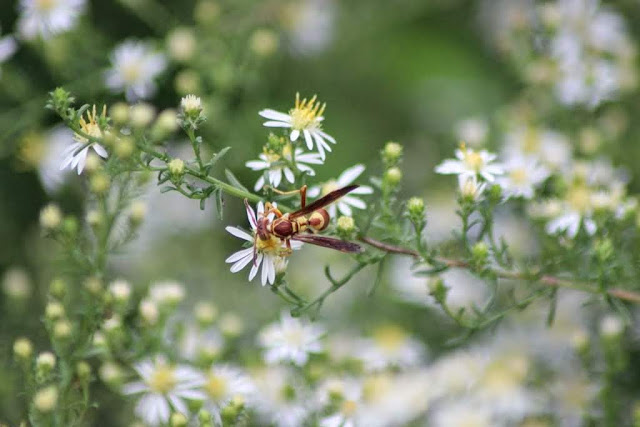 No idea.  It looks like a giant fly but I couldn't find a single redheaded fly in the images I searched. 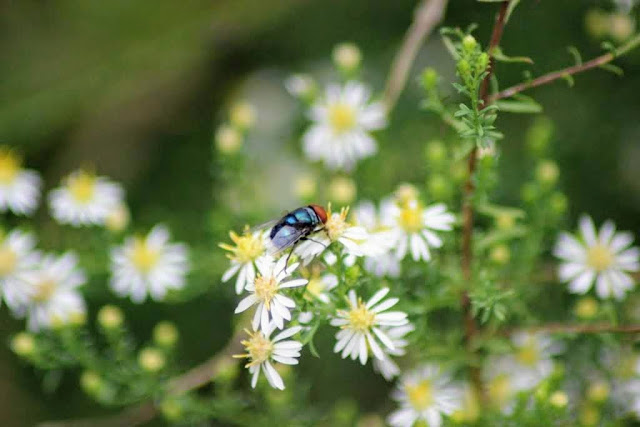 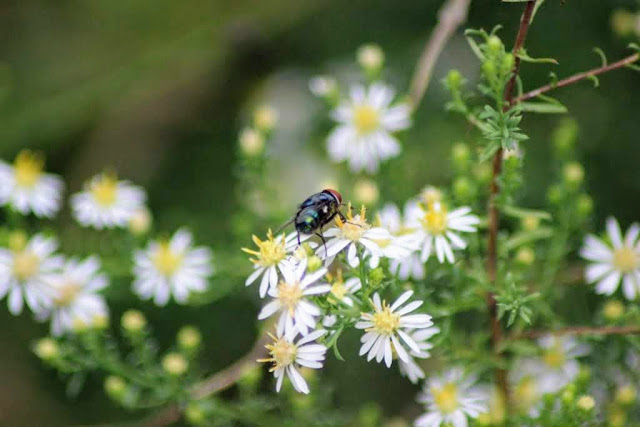 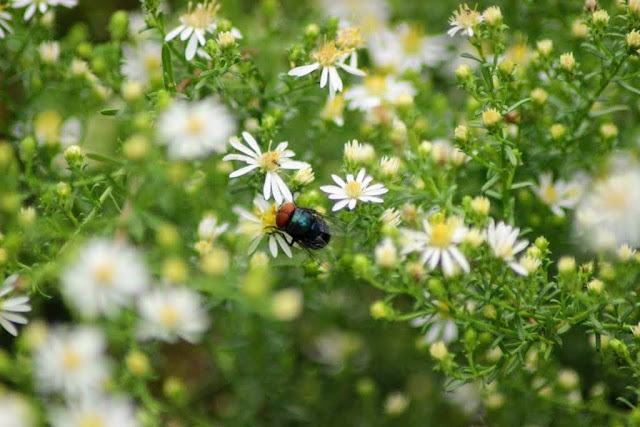 While all the stingers and buzzers were busy in one part of the garden, over in the Gregg's mistflower patch butterflies were everywhere because it's a magnet. 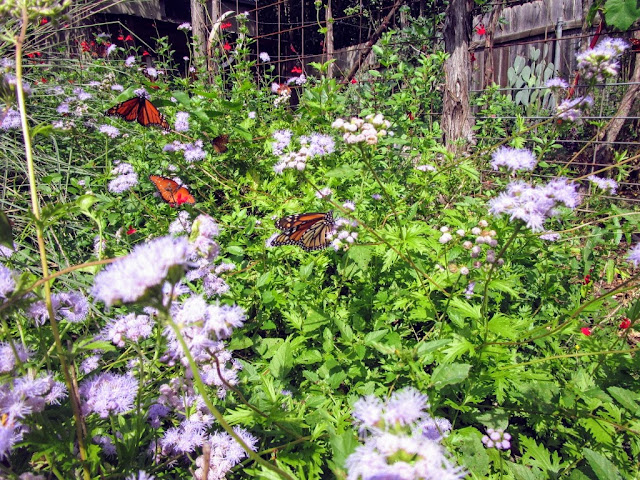 Monarchs are migrating through. 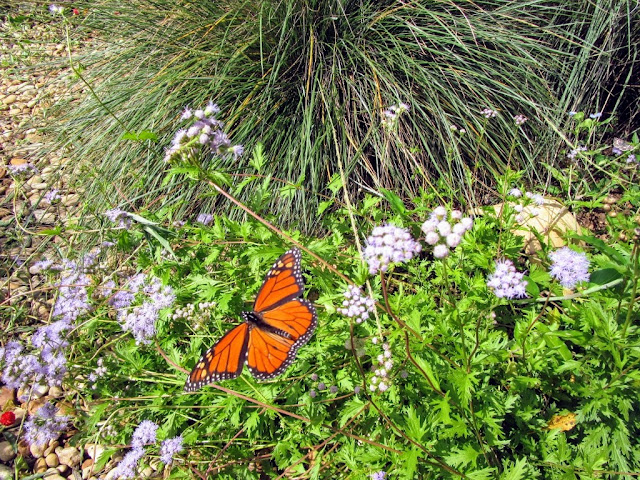 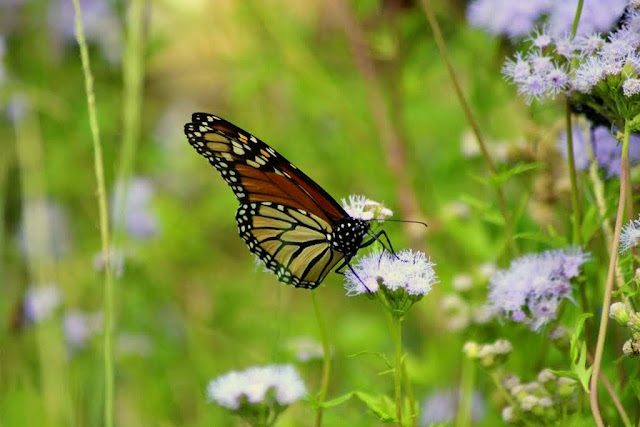 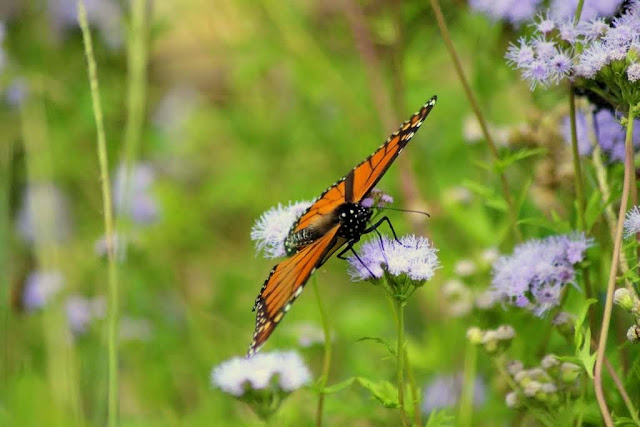 Their cousins the Queen butterfly are here much of the year. 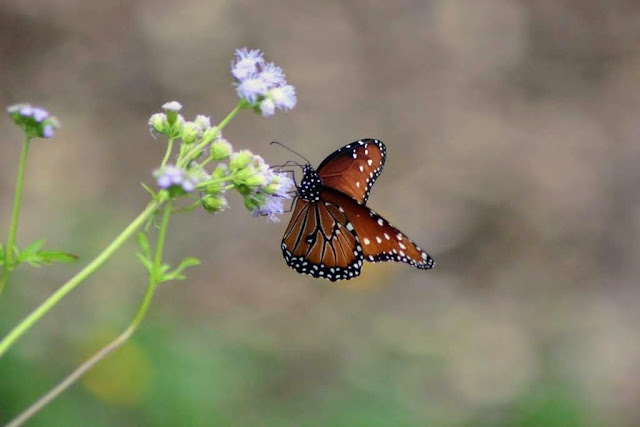 They get along well it seems....sometimes. 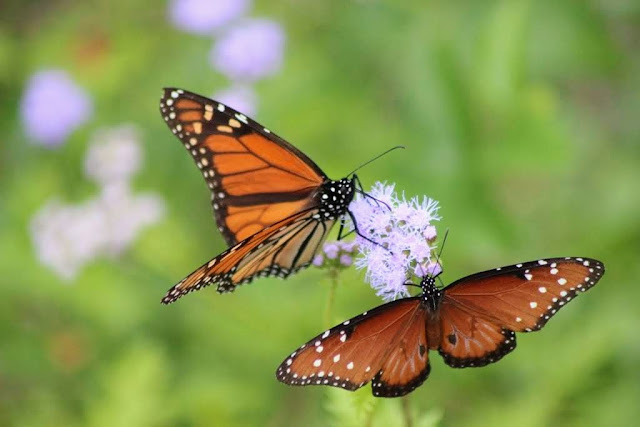 And a Gray Hairstreak posed just right on the Augusta Deulberg Salvia. 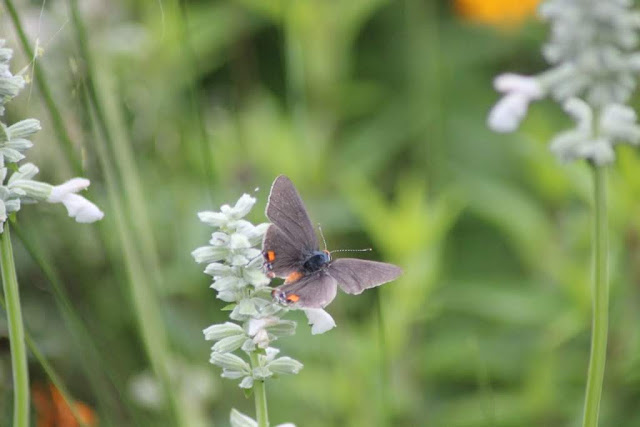 Bright on bright with a Gulf Fritillary on Gomphrena 'Fireworks'. 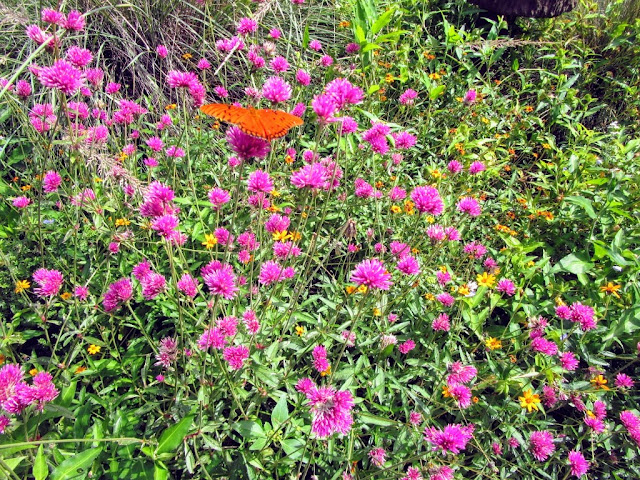 A female Whitetail deer dropped by for lunch 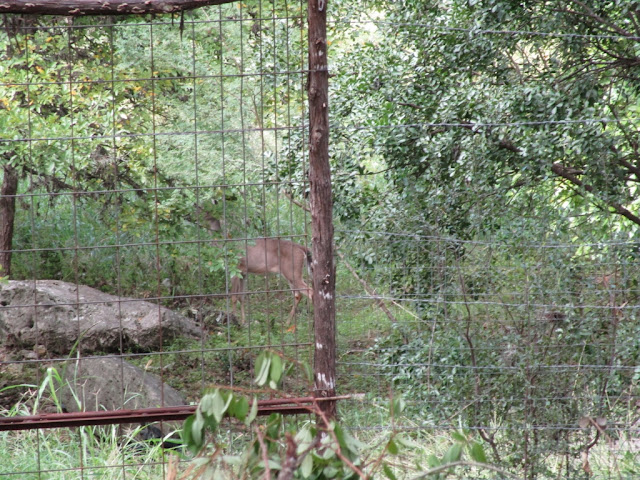 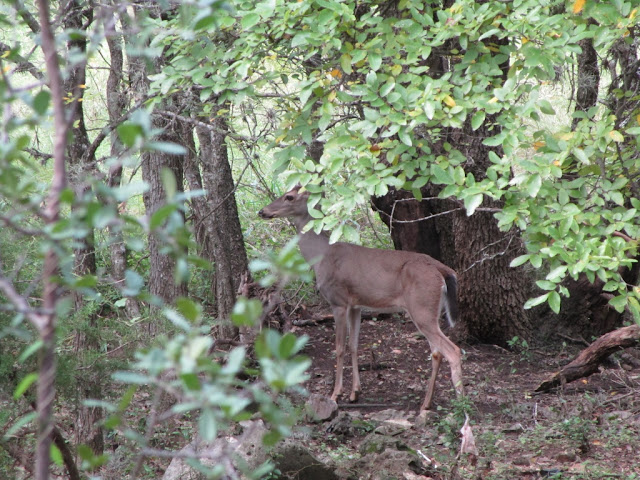 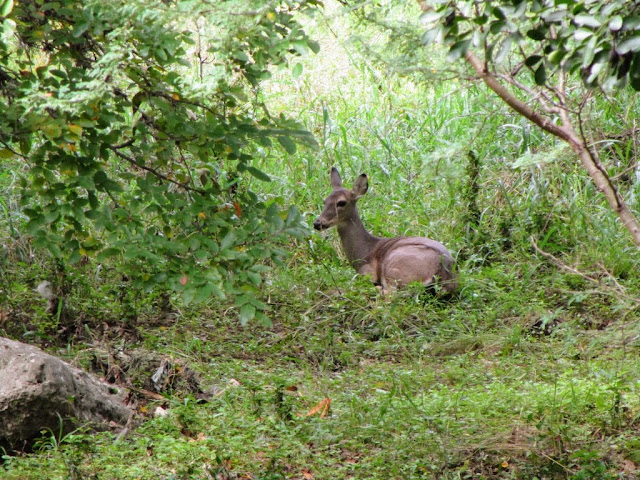 All in a wildlife day in my garden.

Tina's garden is all aflutter at "My gardener says..." and you'll find more posts from gardeners to follow in the comments sections.
Posted by Shirley Fox at 6:28 PM