Texas sage doesn't bloom like this very often so when they do it's time to celebrate. 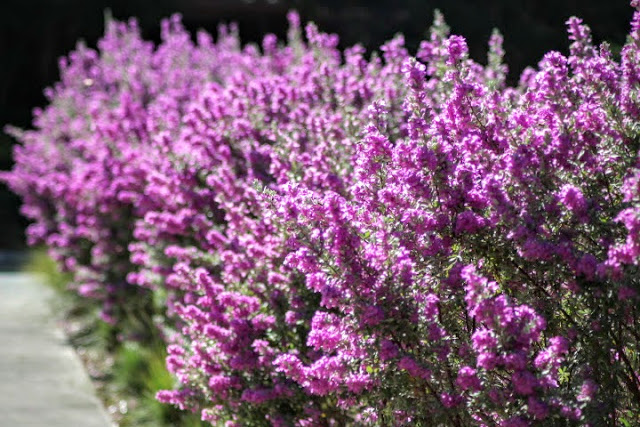 As stand outs in the landscape they appear very much as I envisioned this scene when planting these seven Leucophyllum frutescans  'Silverado' back in 2012. 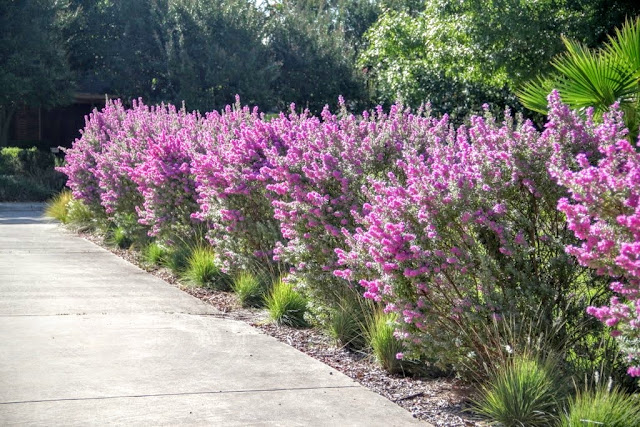 Bright blooms burst open ten days on the nose after a deep soaking rain the last week of July.  Jenny of Rock Rose blog in Austin also adds that we need a few dry weeks before the rain arrives to bring on this dramatic display.  I think so too since frequent spring rains produce sporadic blooms in overlapping succession and are not nearly as striking.  Texas sage is known as "barometer bush" and is sometimes thought to predict rain.  If that were the case, these blooms would have arrived a few days ahead of the rain back in July.

A few clouds but no rain in the forecast now. 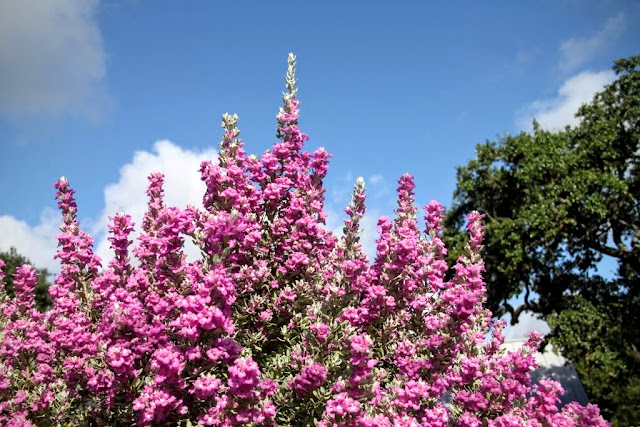 Flowers have been buzzing with bee activity. 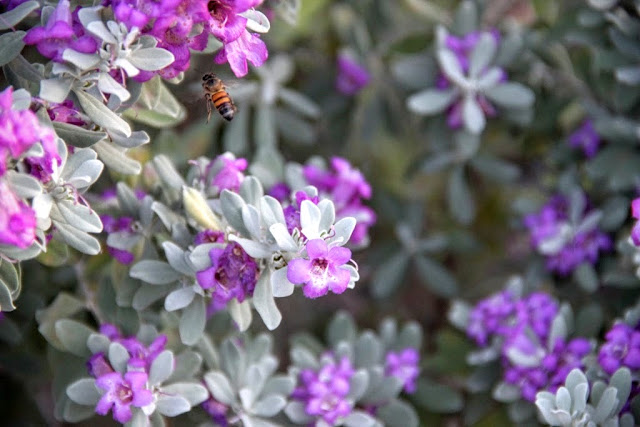 All the same type of honey bee.  While a few butterflies have flown past on their way to other plants, it's just hundreds of bees on the sage. 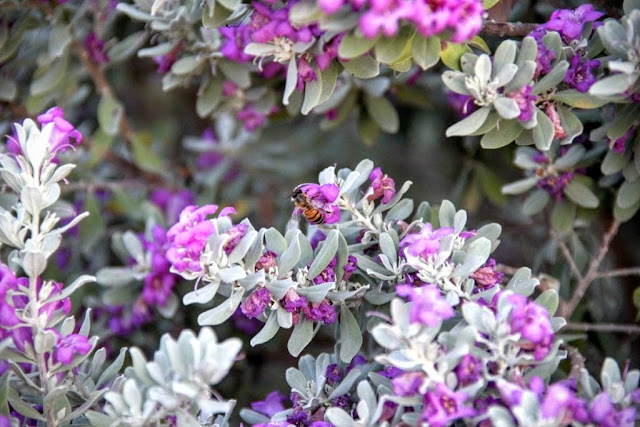 "The sage in bloom, is like perfume" as the song Deep in the Heart of Texas goes.  A light fragrance starts off a bit musty then turns more floral as it ages. 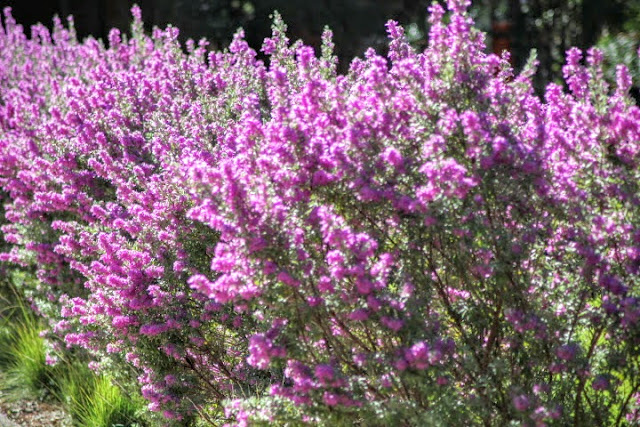 It's even been fun to take out the trash which is located just at the end of the row left of the garage. 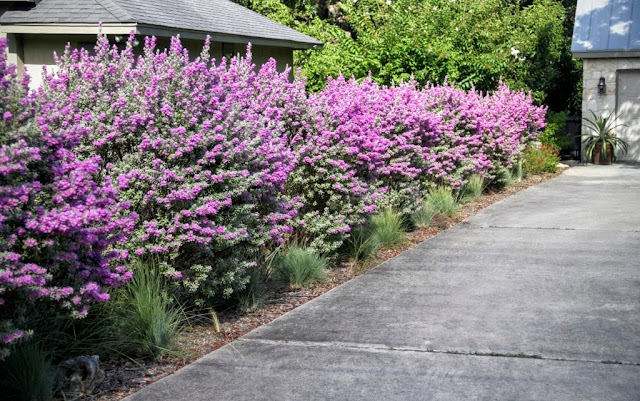 Our neighbors have a nice view which they appreciate. 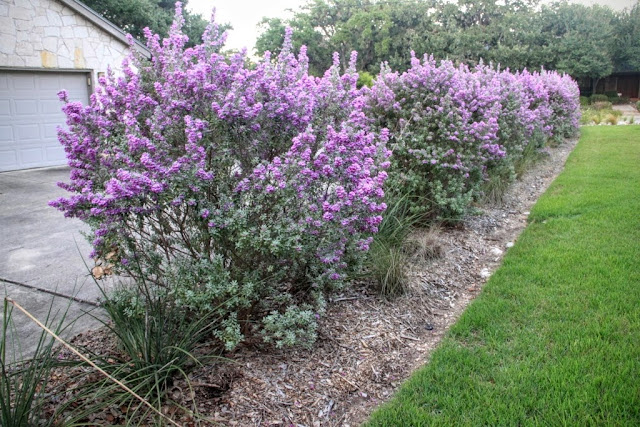 Our view from the front walk is pretty nice too 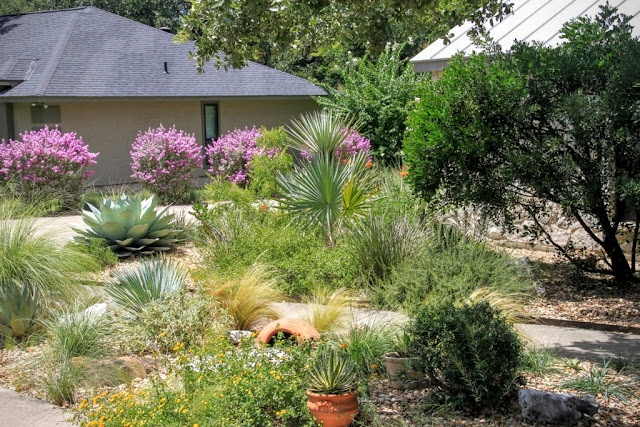 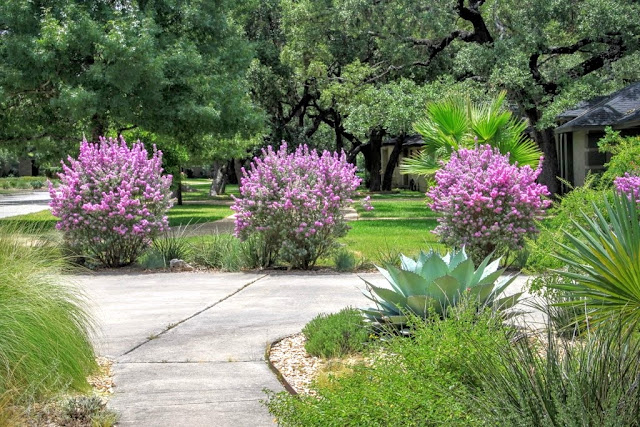 The blooms are fleeting, especially in summer heat and are already dropping their flowered confetti on the ground. 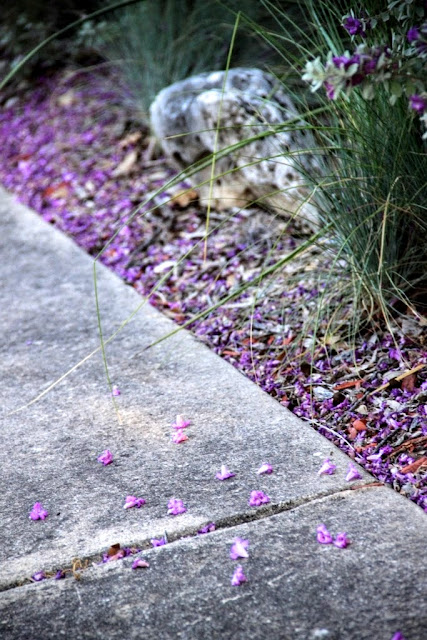 After a few weeks rest, they'll be primed to bloom again when autumn rains arrive.
Posted by Shirley Fox at 9:43 AM