Wildlife Wednesday celebrates its two-year anniversary today.  Two years of taking time on the first Wednesday of each month to post about wildlife in my garden and linking up with our hostess Tina at "My Gardener says...." for a look at wildlife in blogger gardens far and wide.  I appreciate the nudge this meme gives me to keep a camera handy and an eye out for wildlife while in the garden.

Almost every month I come up with a .GIF or "Awesome Motion" in Google terms.  For July it's an Anole up in a live oak showing off his dewlap to assert his territory and attract a mate.

Living along the butterfly flyway means I've shown lots of butterflies over the last two years.  Not all Monarch butterflies head for cooler climes in the heat of summer.  Here's one enjoying the shady side of a Gomphrena 'Fireworks' flower. 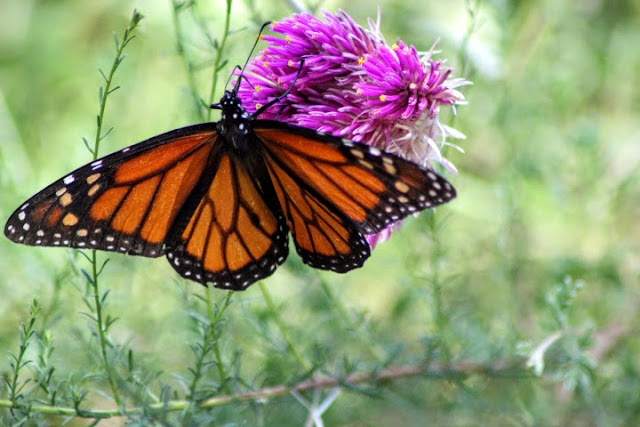 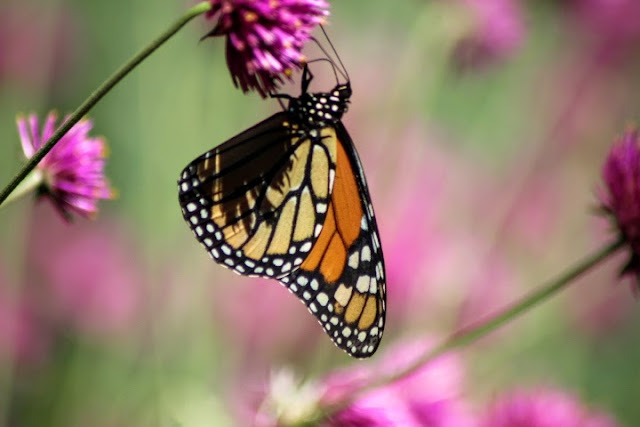 Gulf Fritillary are a summer staple, this one color coordinates with Aniscanthus wrightii. 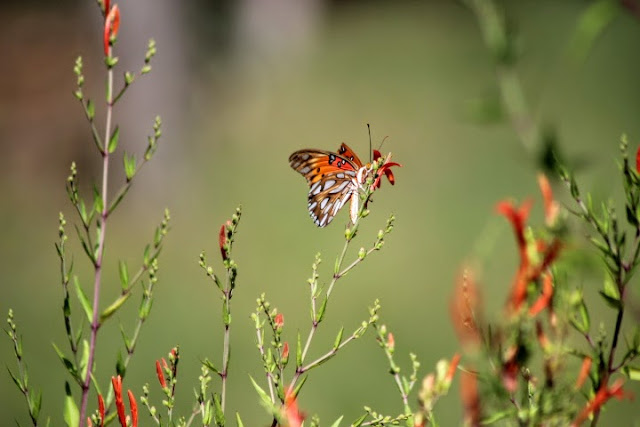 Cicada exoskeleton left behind by a nymph which emerged after 1-17 years underground.  We have a few every year but nothing like we experienced while living in Virginia when we went through two different 17-year cicada invasions.   Not fun.  Billions of noisy cicadas "sing" loudly around the clock and descend on the area with their messy but short life cycle.  Cicadas splatted on windshields, sidewalks, and flew buzzing at the heads of anyone who dared walk among them.  After a few weeks the cicadas disappeared back underground leaving almost every tree in Northern Virginia with brown branch tips as a result of feeding the new larvae. 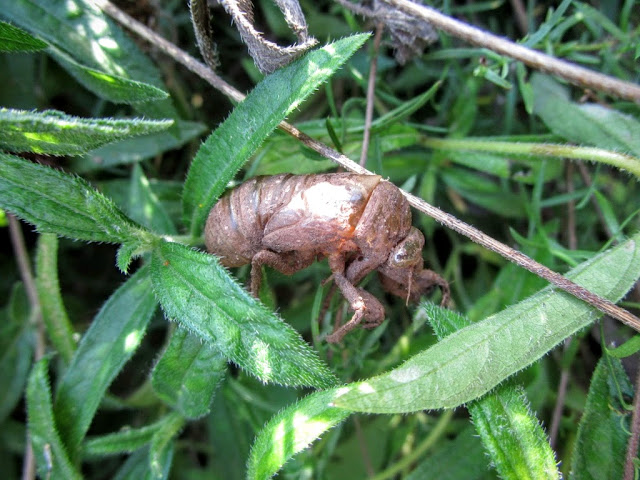 Let's move to a much prettier sight of a Cardinal checking the birdfeeder. 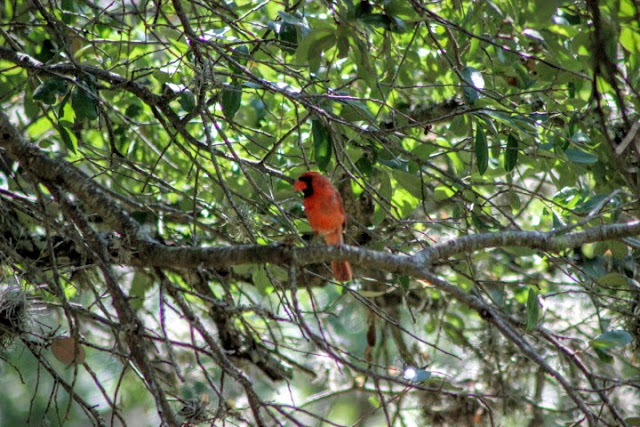 Spring rains bring tiny toads in such numbers I wonder where they come from.  We don't see them during dry weather and then they're everywhere after a rain.  Dormant "toad seeds" perhaps? 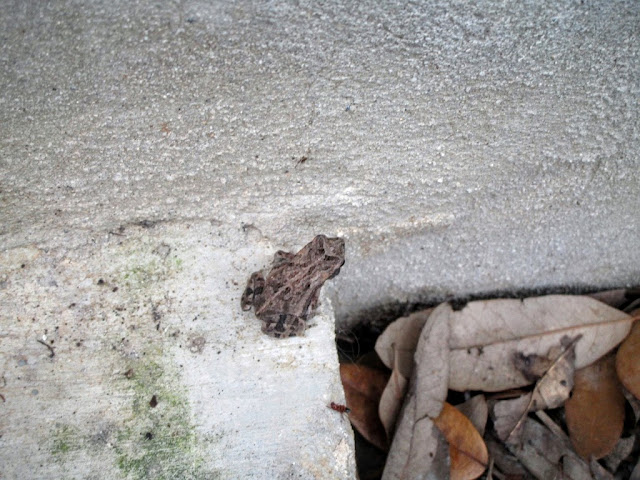 Another regular feature are my deer posts.  Bucks are growing antlers and beginning to form bachelor herds to size up the competition ahead of mating season in the fall.  Once their antlers grow they like to stay in the brush as a form of camouflage.   The buck on the left shows how it's done by blending his antlers in with trees and vines. 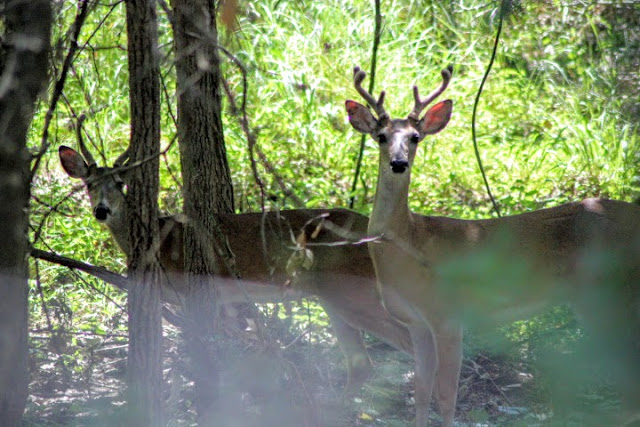 That's my collection of wildlife for July.  I'm still having fun so see you in August, meanwhile check out Tina's post for more links to other blogger wildlife posts.
Posted by Shirley Fox at 4:16 PM