Sometimes one bloom post per week isn't enough, especially in the spring.  Almost as soon as I finished my post for Garden Blogger's Bloom Day more blooms appeared in the garden that I just had to share.

The gorgeous light coral cactus blooms have returned in the front agave bed.  I have identified them as a type of hedgehog cactus although I can only find one photo other than mine on the internet with this color bloom.  Last year there were two blooms at once in the spring and this year three have appeared with a fourth in progress.  In the background a hardy aloe is also blooming.

A nice punch of spring color along the front walk. 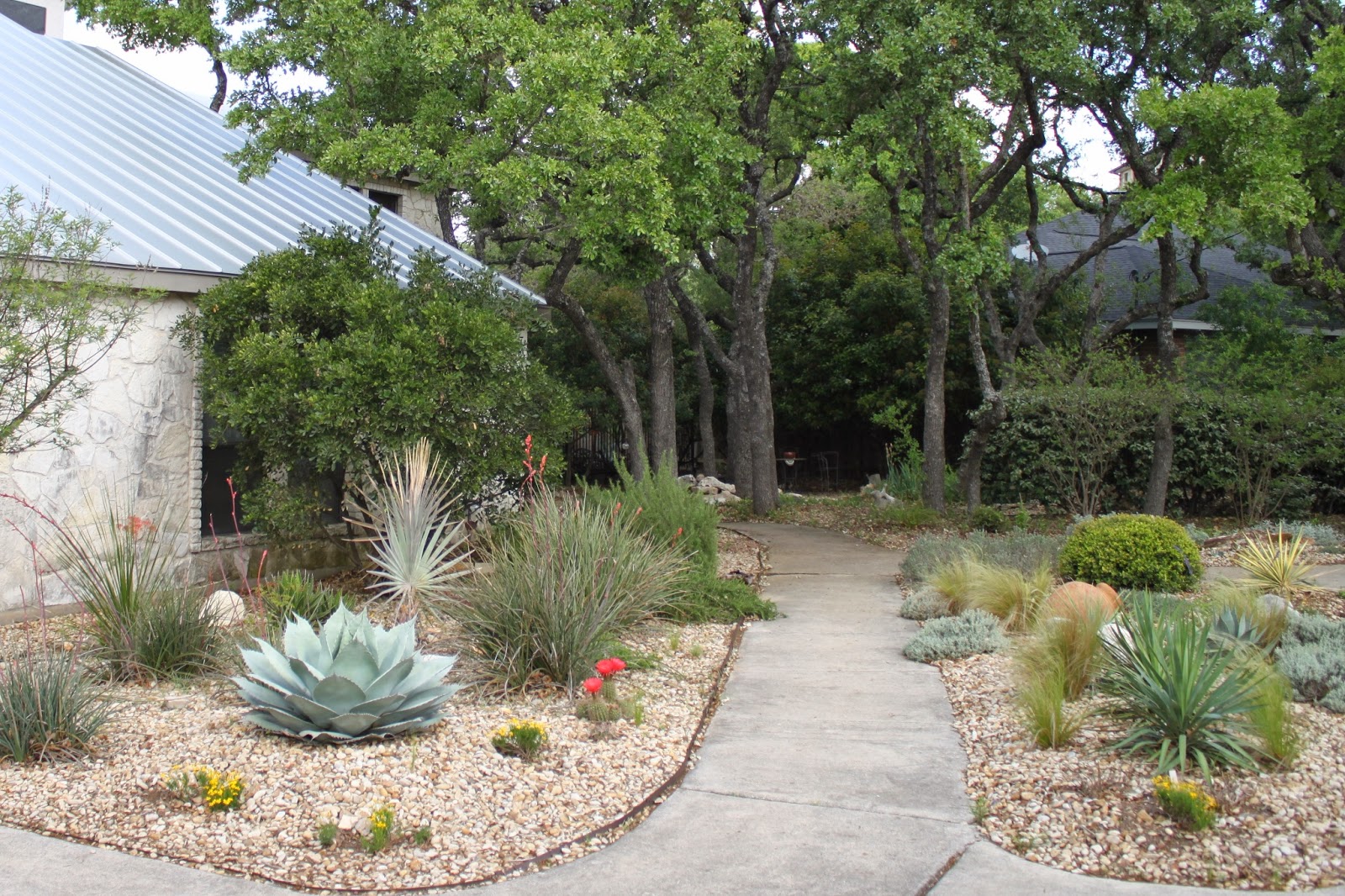 The blooms are a bit lighter than they appear in these photos.  Especially in the sun. 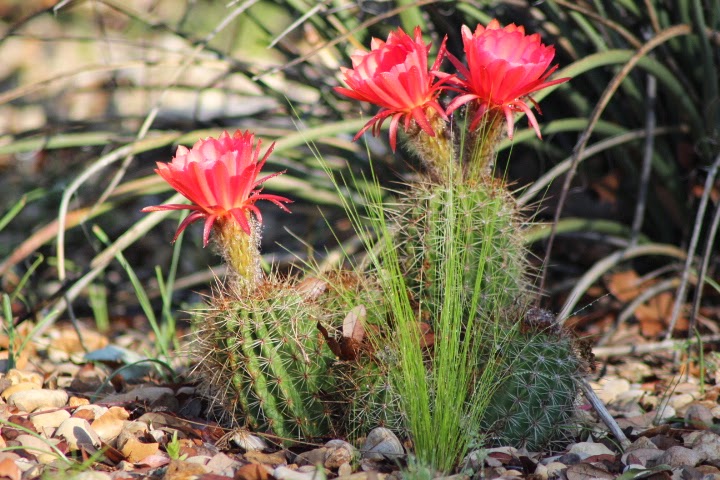 Hedgehog cactus is also the common name of the Claret Cup cactus in the front bed.  Hedgehog cactus grows into a mound and that's what this one appears to be doing.  A mound covered with such pretty blooms would be wonderful.  This plant was marked simply "cactus" when I bought it. 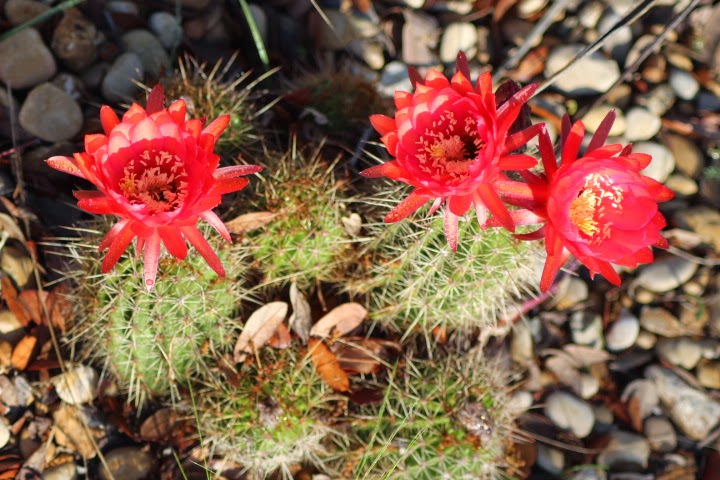 This aloe is quite common in San Antonio and was shared by a gardening friend.  It's beginning to produce pups.  A great groundcover for the gravel garden.  What kind of aloe is it?  The kind everyone around here grows.

More Navajo Tea yellow wildflowers have seeded themselves in with the pink Salvia greggii which is reaching a spring peak. 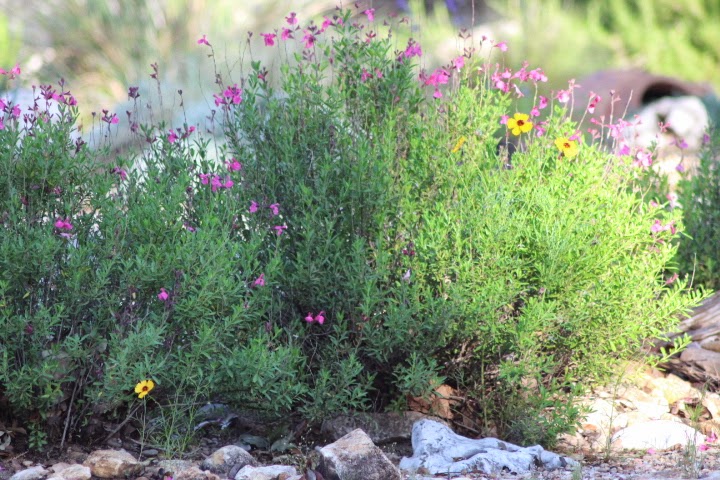 And, what is that out by the street?

It's a bloom stalk on the Yucca Color Guard!  All three yuccas in this bed are going to bloom about three years after planting. 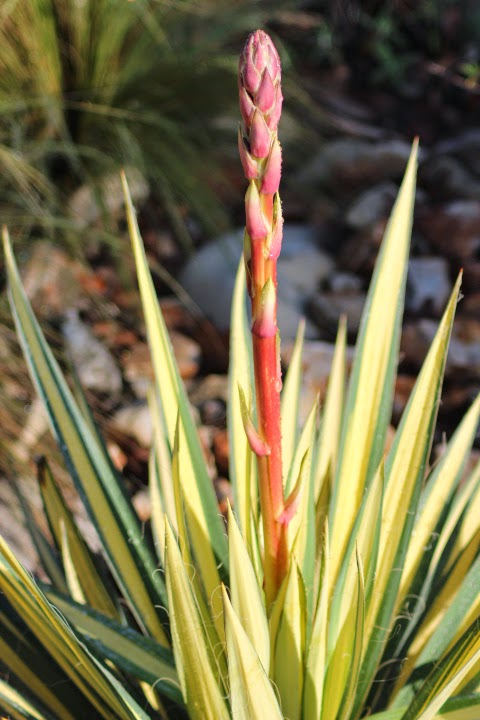 Watch this space for more from these beauties as they progress.

Have a great Easter weekend everyone!
Posted by Shirley Fox at 7:24 PM