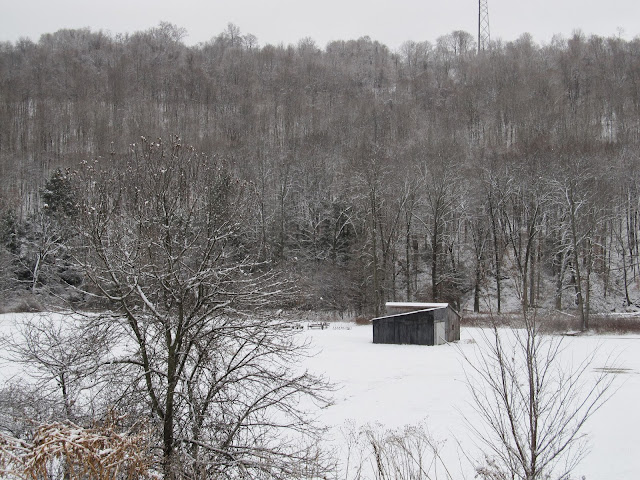 The property extends across the creek almost to the top of the ridge. 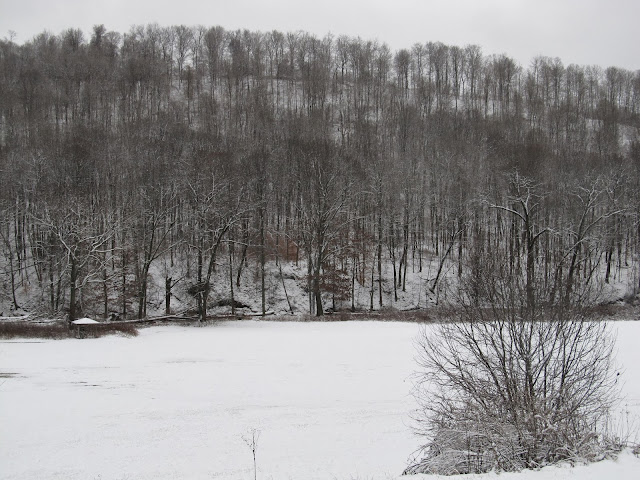 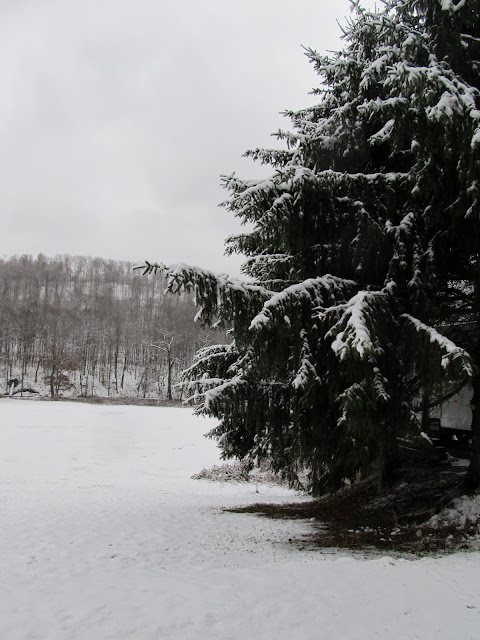 A low wetlands area near the creek. 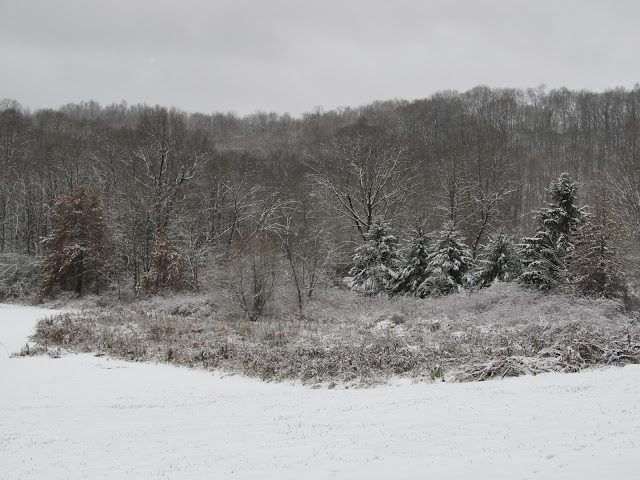 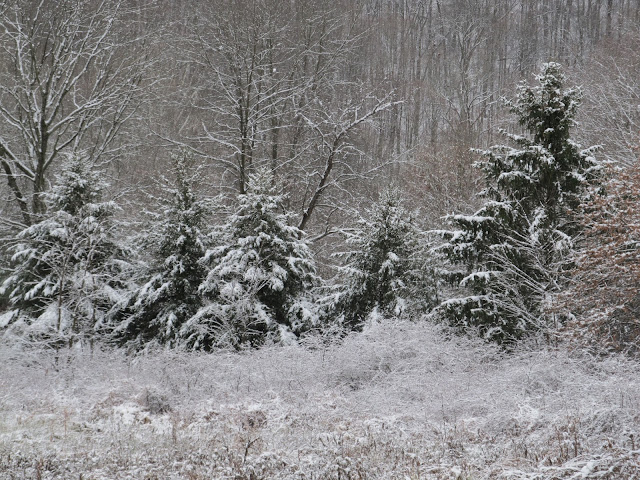 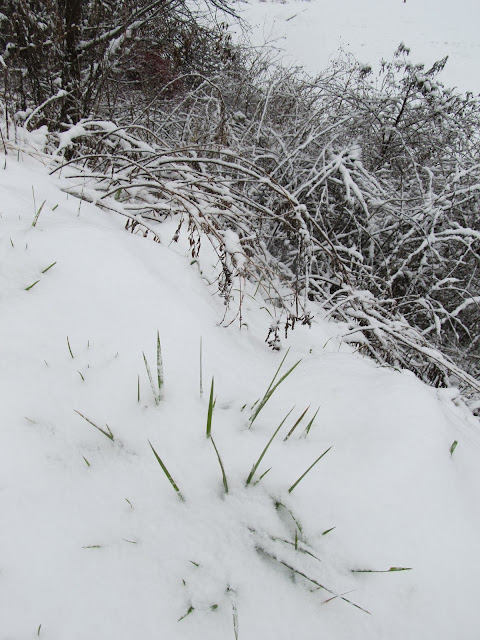 Rosa multiflora was brought to the U.S. in the 19th Century as rootstock for commercial rose growers.  It escaped cultivation and has become invasive creating huge runs of brambles like this one. 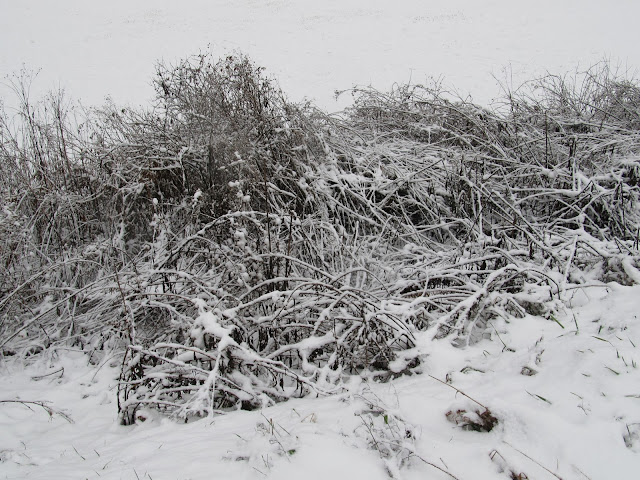 The white flowers are small and uninteresting. 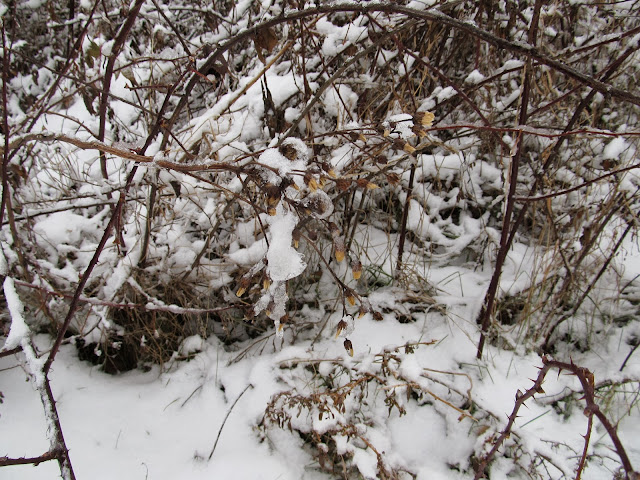 The hips add dots of color to the scene 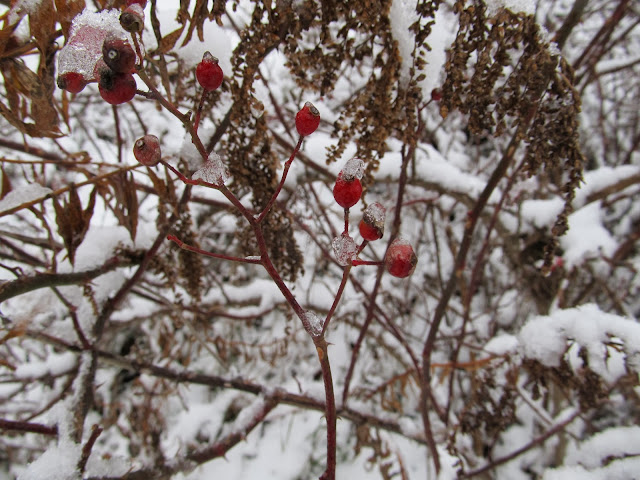 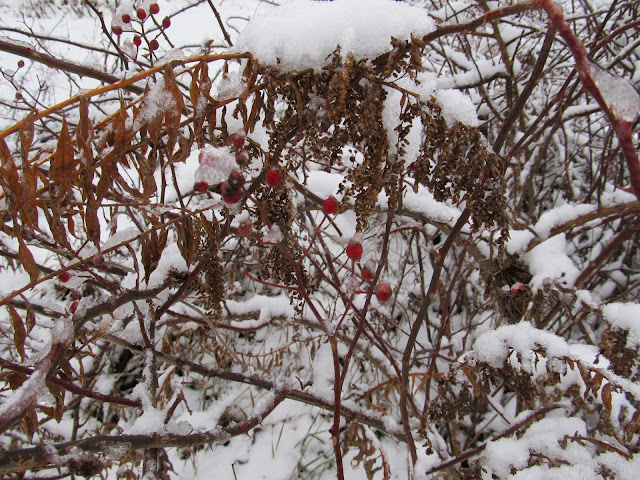 We weren't the only ones making tracks in the snow. 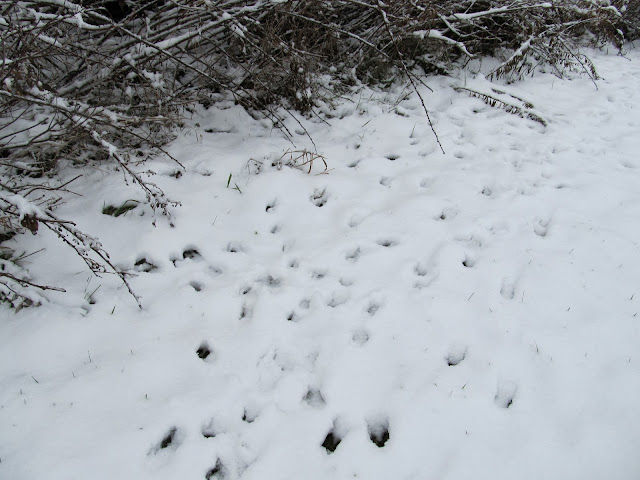 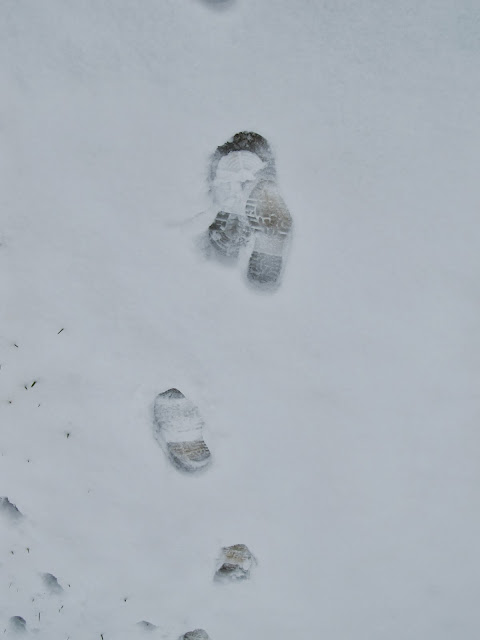 Barberry in the woods, I don't know whether this is the native or invasive variety 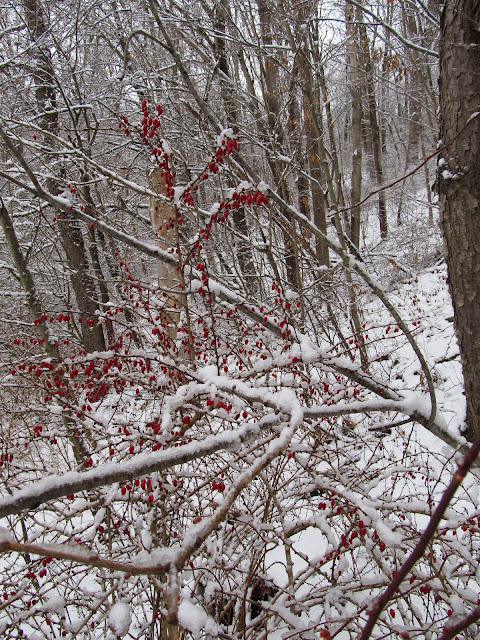 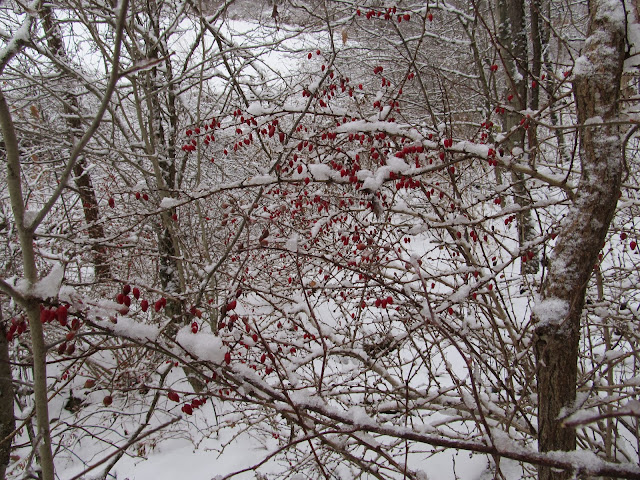 The neighbor's fence appears through the woods 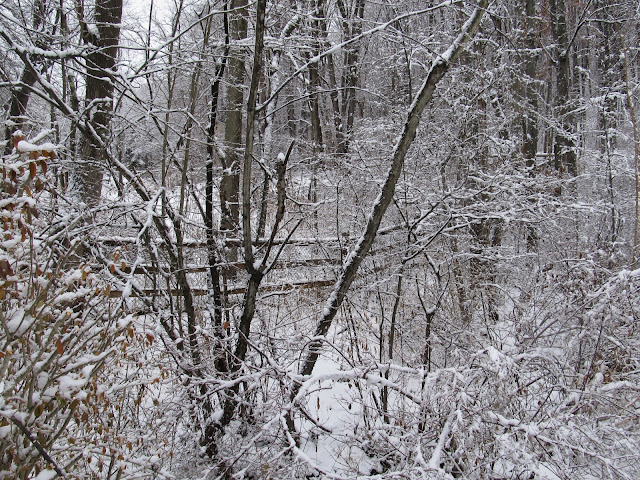 This "run" or small stream flows from a spring up the hill behind the house.  Water from the spring irrigates the garden in summer. 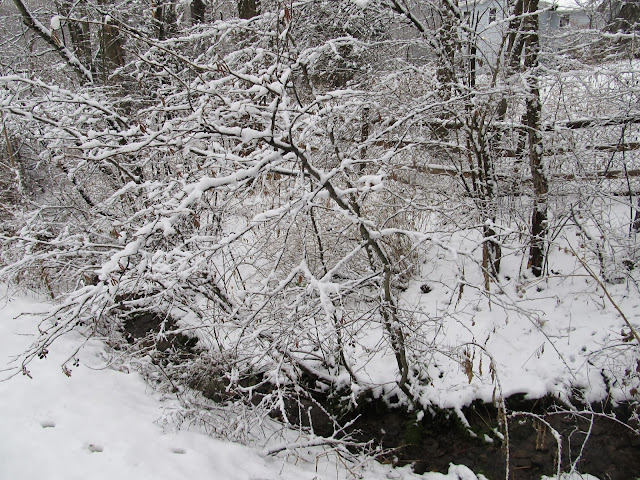 Thanksgiving day was sunny and bright so another walk was in order.  Now this looks more like a winter wonderland.  What a difference the sun and blue skies bring to the scene! 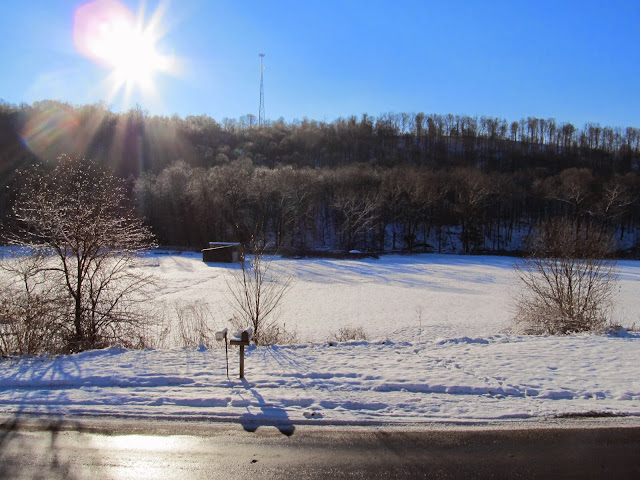 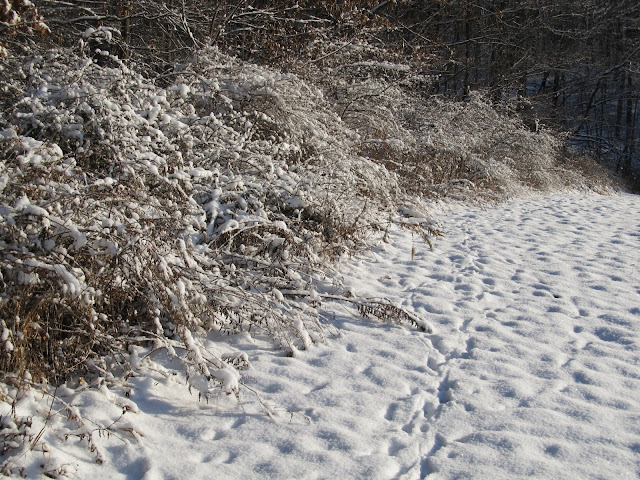 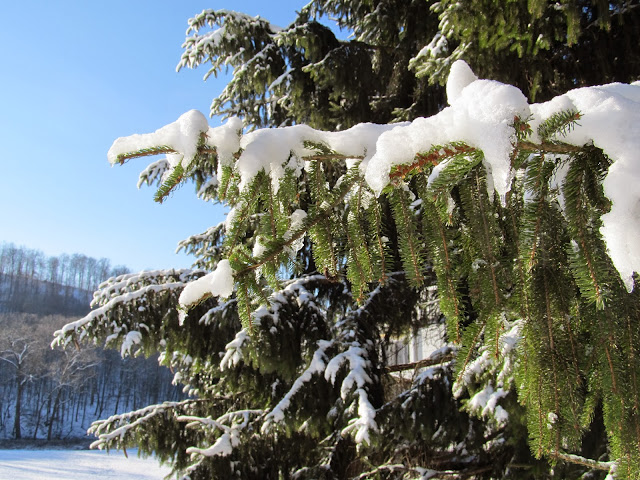 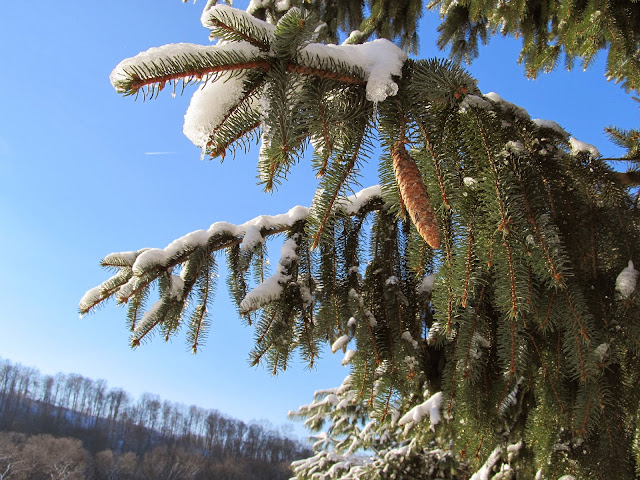 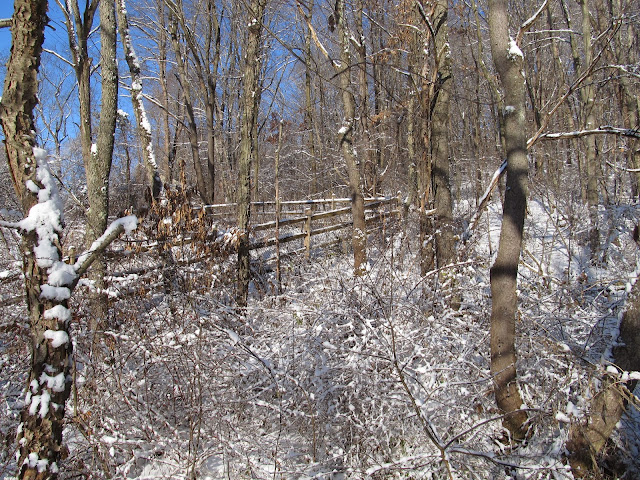 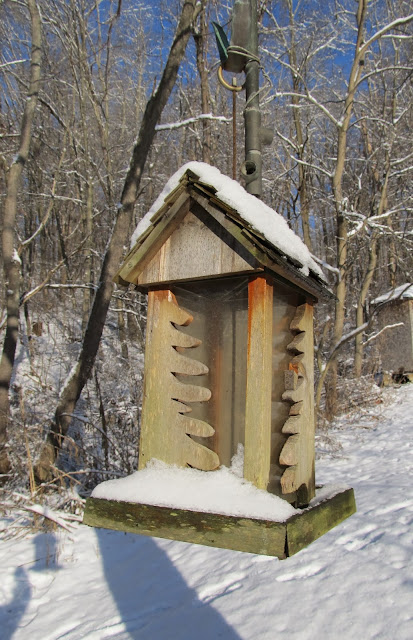 Sedum growing in the rock wall by the garage. 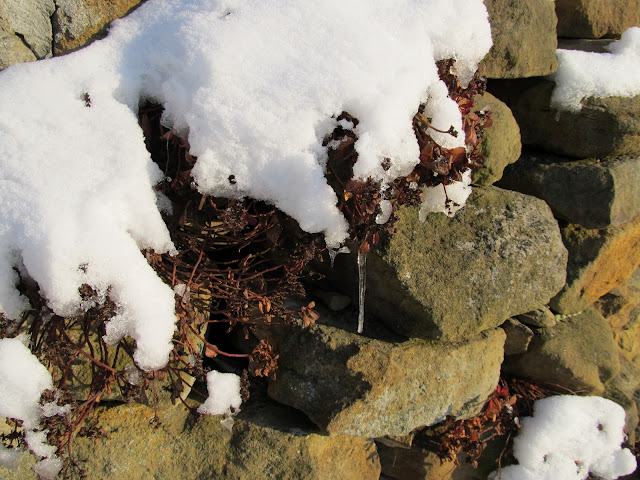 I didn't find any agaves but the neighbors have very hardy yuccas growing in front of their fence. 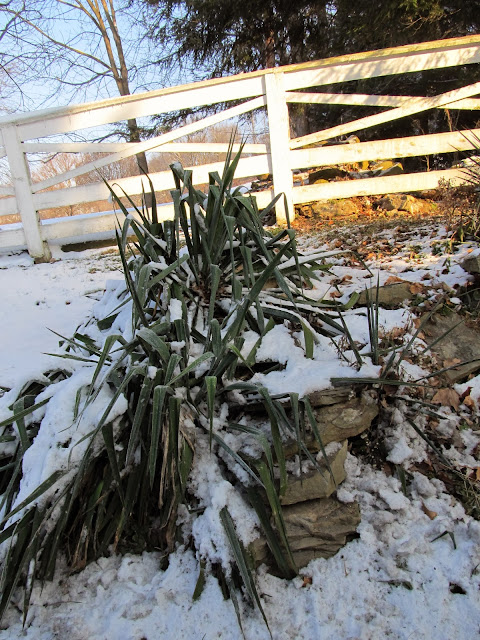 Then we went "over the river and through the woods" with our homemade pumpkin pie to Neal's brother's house.  Actually we crossed several creeks which are bigger than most rivers in South Texas.

While there are plenty of woods along the way my favorite part is winding through this Christmas tree farm--a fun sight in any weather but especially nice covered in pristine snow. 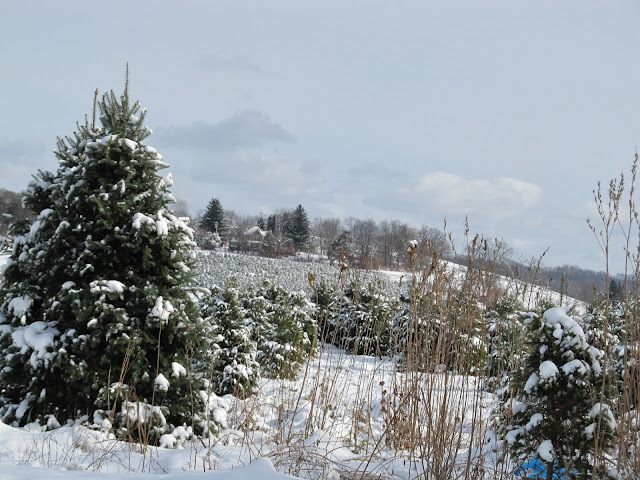 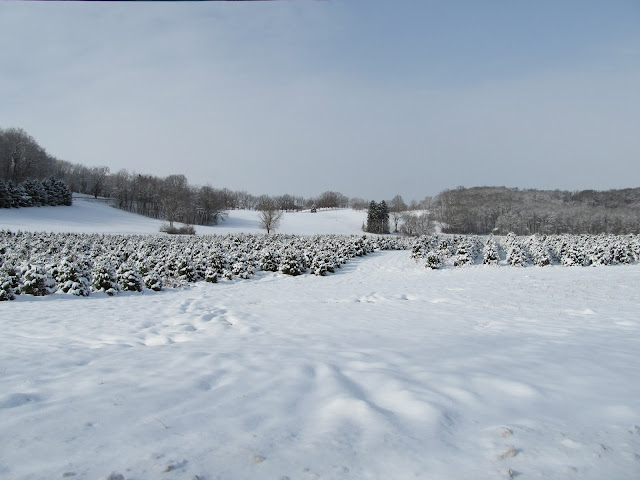 The trees stretch up and over the hills on both sides of the curving sweep of road we just drove through. 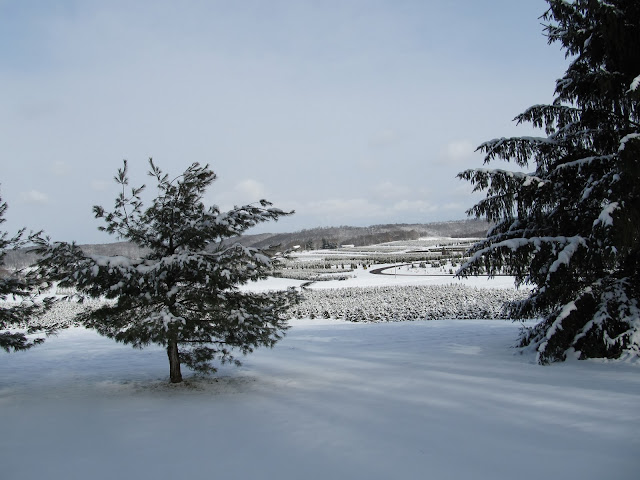 They will be very busy on Friday, the day after Thanksgiving but for now it's very peaceful. 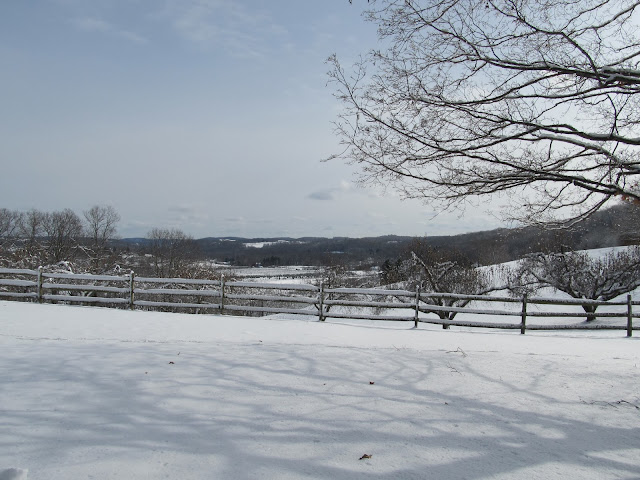 We had a wonderful dinner with the family and that pie was sure good.

In my next post I'll share photos of the Phipps Conservatory in Pittsburgh.
Posted by Shirley Fox at 8:27 AM