This is the third in my five-part series on the Gardens on Tour for the Ladybird Johnson Wildflower Center in Austin this past Saturday.  I joined Austin bloggers Pam Penick of Digging, Catherine Jones of The Whimsical Gardener, and David Cristiani of The Desert Edge from Albuquerque for a fun day of touring.  You can see the second garden we toured, Westridge Drive, in my previous post.

The garden on Placid Place was one of two homeowner designed gardens on the tour this year. 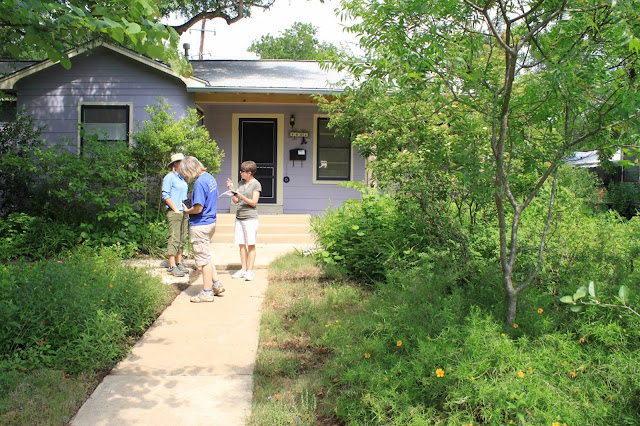 Judy Walther, the homeowner, describes her garden for the tour brochure

I call my yard “Bit-by-Bit Garden.” First I decided to outsmart Bermuda grass by creating a thicket. That began my work-in-progress planting of a diversity of native plants. I take in orphan plants. I add this and that as needed. It’s a landscape-by-defense strategy. After mail carriers kept trampling the yard, in went a controlling stone path. For an escape-prone dog, up went a large fence. My neighbor’s drainage forced me to construct a fence/barrier to eliminate unwanted lakes after rains. My pervious gravel driveway and rail fence echoes a country lane, and finally the yard became enticing enough to put in mulch paths and a few benches. I wanted a small water feature, so now I have two funky, not-expensive water fountains. It will never be finished. It may not win awards, but it’s my habitat haven, with lots of butterflies, birds, lizards, and peace of mind. 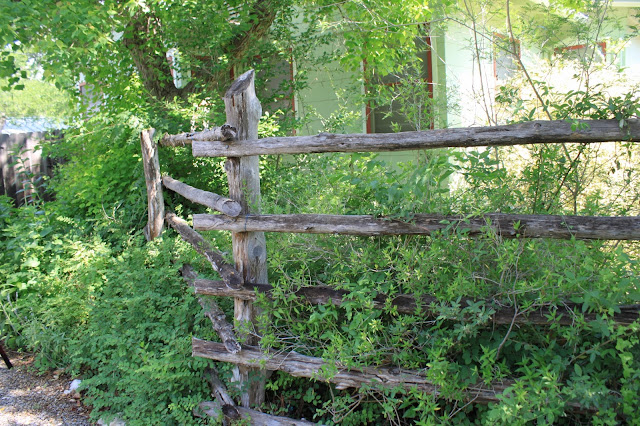 The Earthbox veggie garden displayed alongside the permeable surface drive provided an opportunity to see this concept in action. 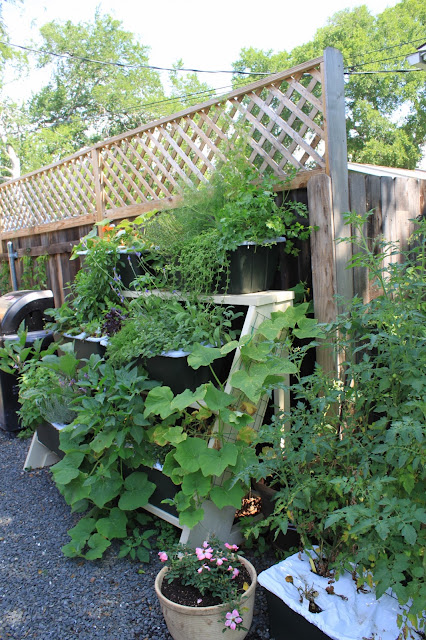 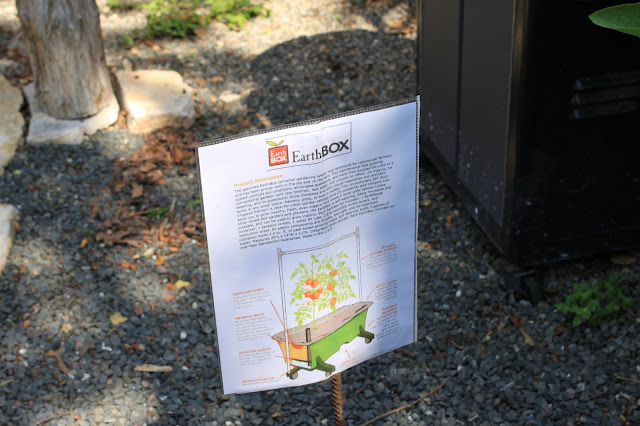 Ripening strawberries were among the many productive plants in the garden 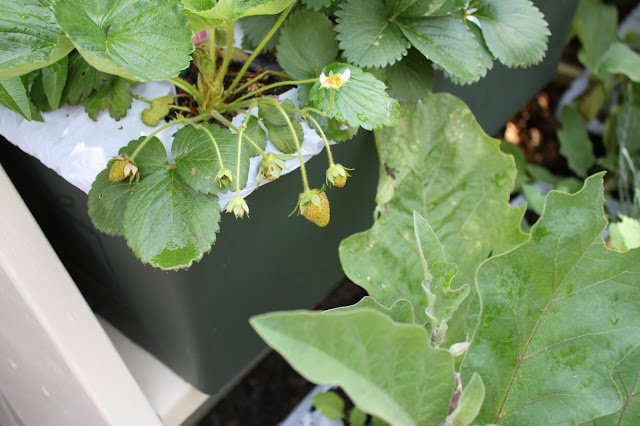 Inside the fence, this charming outdoor sink provided another idea for my potting bench file 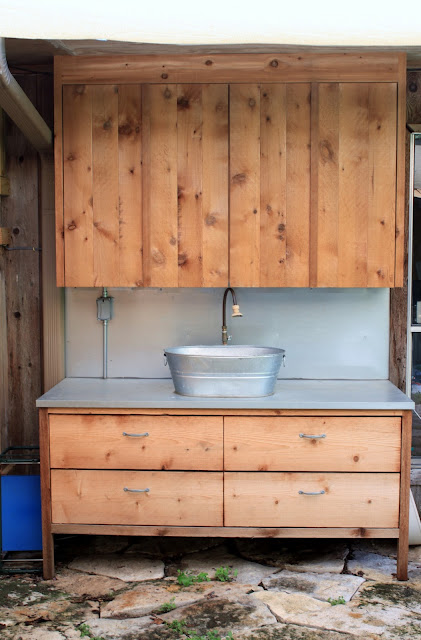 Very handy for washing up veggies from the garden 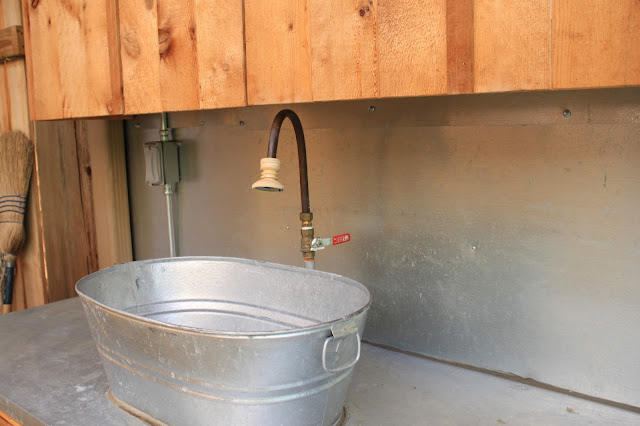 Across the way a narrow perennial border lined the fence 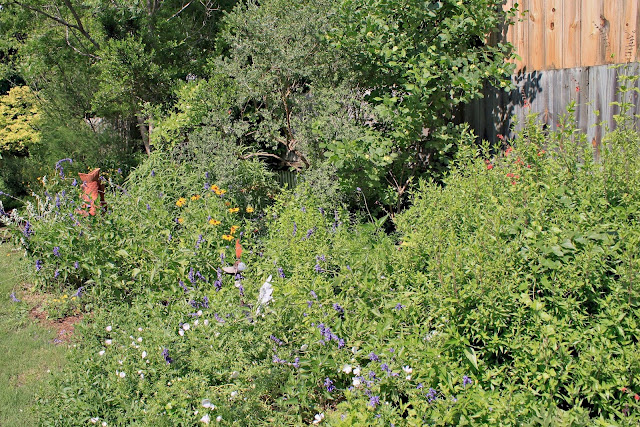 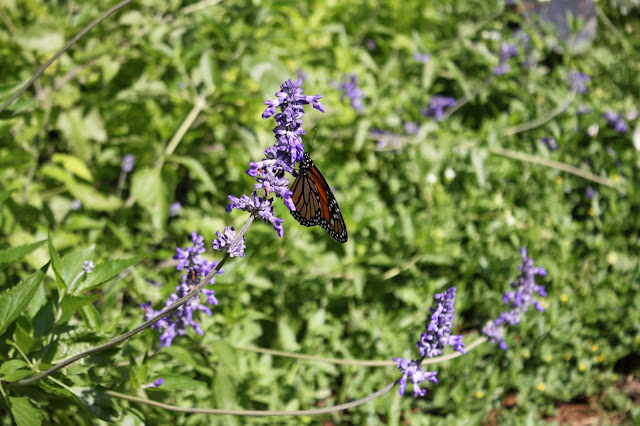 Much to my delight, the screened porch was open to walk through.  I enjoy screened porches and this one had two screen doors along with stacks of games and books for fun. 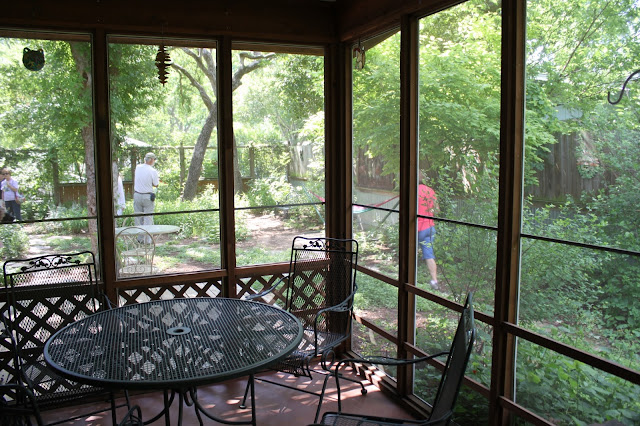 The bright, unusually chartreuse Mexican Plum in the corner is visible from the porch. 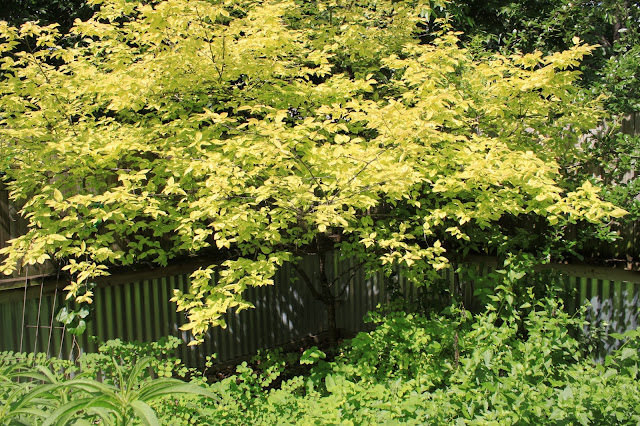 The shady back portion of the garden has a deck off the screened porch.  The ground cover is horseherb, the same native groundcover in my backyard. 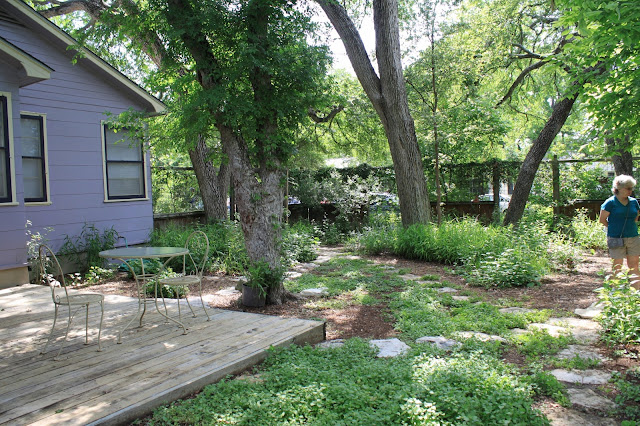 Nice fence design which I was interested to see since we will be building a fence with wire panels this year. 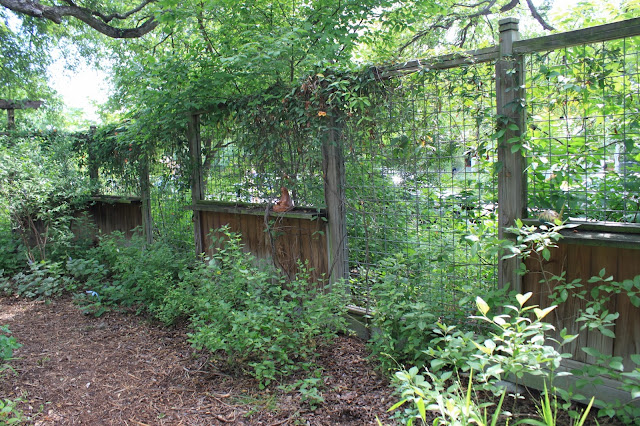 The fence and gate were beautifully built 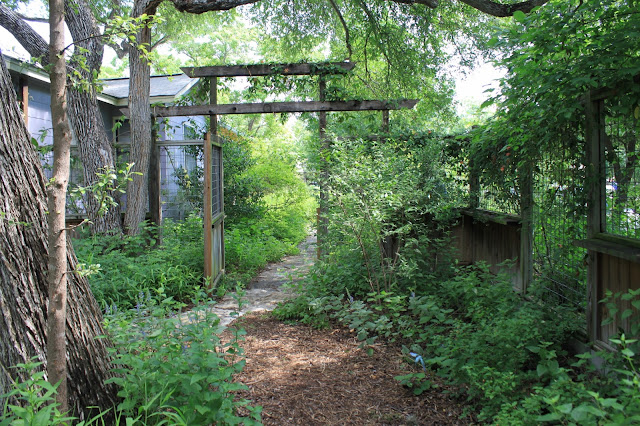 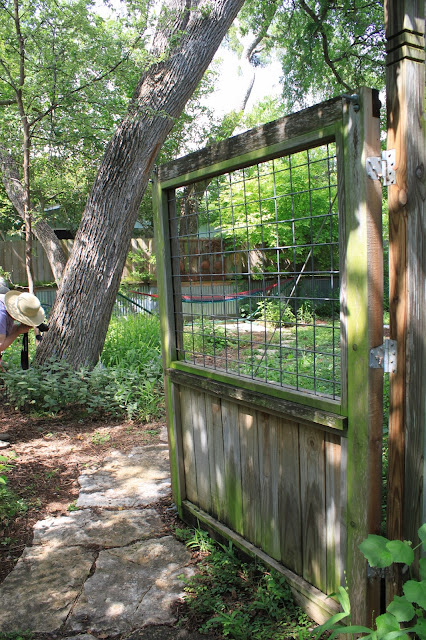 The gate structure is well-engineered to support the heavy door. 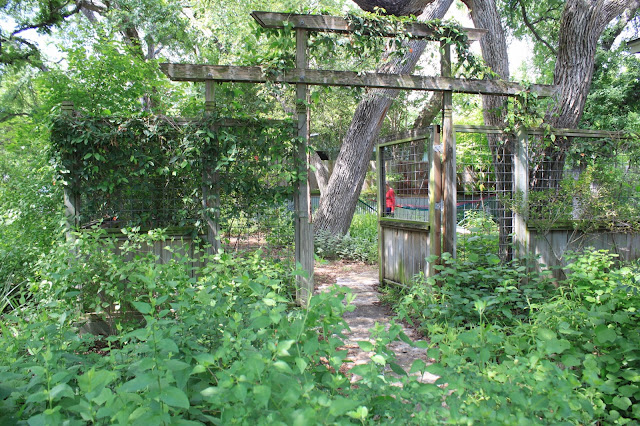 The fence from the street view 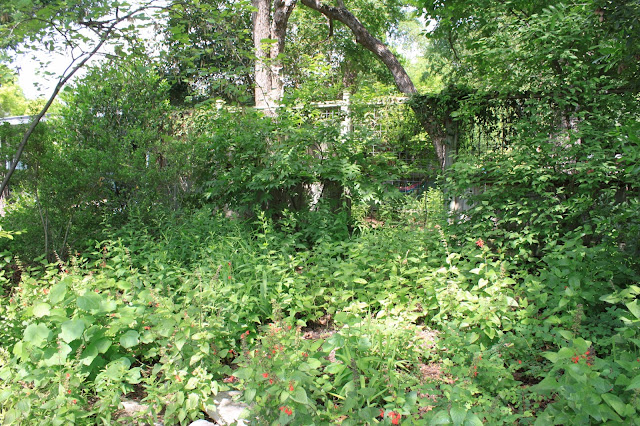 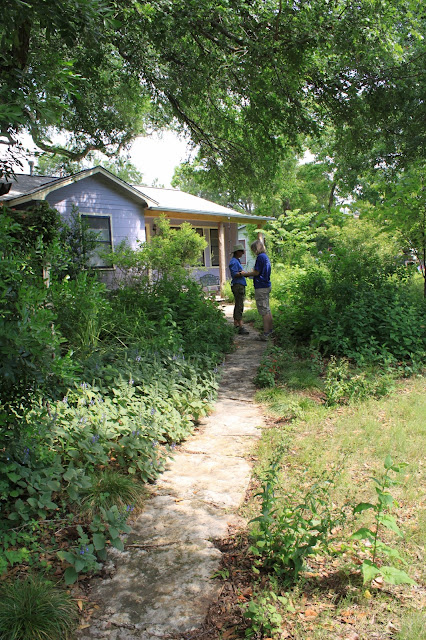 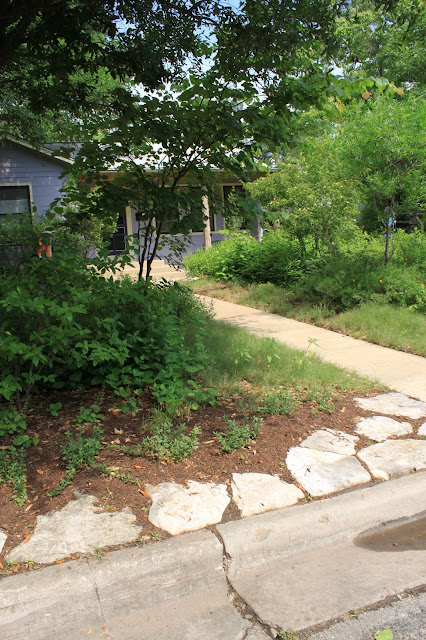