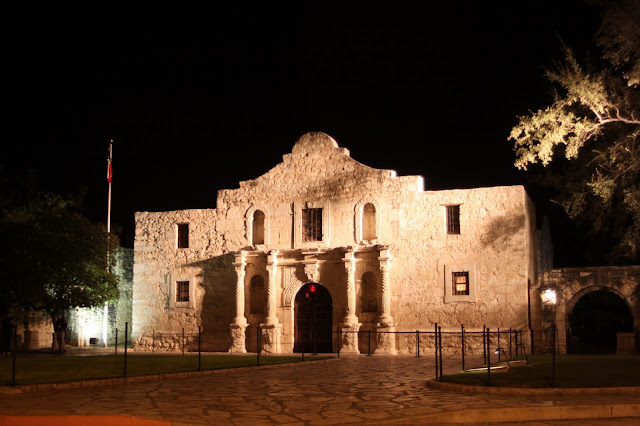 "Where in dreams I live with a memory."  It's an early memory of this special place.  The first time I visited the Alamo I don't think I was even in school yet.  I already knew what it looked like and I had probably already heard the song. 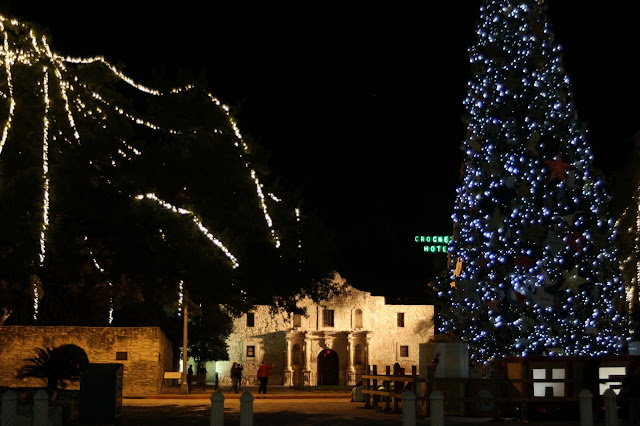 "Beneath the stars all alone."  Well, that's a tough one because you would rarely be alone on Alamo Plaza.  Local families have been gathering here for three centuries and tourists began arriving in the 1870's.  A favorite memory is listening to my aunt describe celebrating the end of WWII here.  Our version of Times Square.  Simple white lights are traditionally draped over the oak trees during Christmas and will count as stars tonight.


We can also count the stars on the Christmas tree sponsored each year by local grocery chain H-E-B. 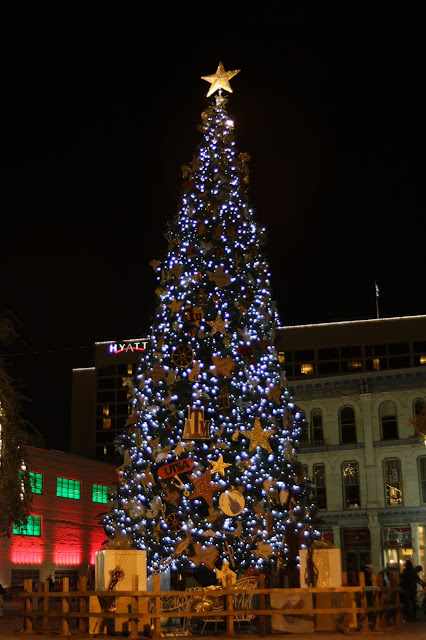 "Enchantment strange as the blue up above."  Definitely a place of legend and not just for the battle fought here.  This gazebo is in front of the Menger Hotel next door where Teddy Roosevelt recruited his Rough Riders.