Opening up the front

The Texas sage near the street was one of the few plants remaining from the landscape installed by the builder and original owner of our house.

Since the yard was quite a mess when we returned to San Antonio in 2008 we were happy to have a large plant that needed little or no attention right out front.  Over time we have improved the landscape to the point where we now want to show off what was behind this sage, no longer needing to hide it from the neighbors.  So the sage you see here in the front began to look a bit out of place.

The form of this native shrub is more open than the fuller and more compact improved varieties like this Silverado sage planted along the driveway.


A bit on the scruffy side, it was pretty in bloom but that's a rare event.  Native sages are not meant to be kept trimmed plus it was too big for the space, so it needed to go. 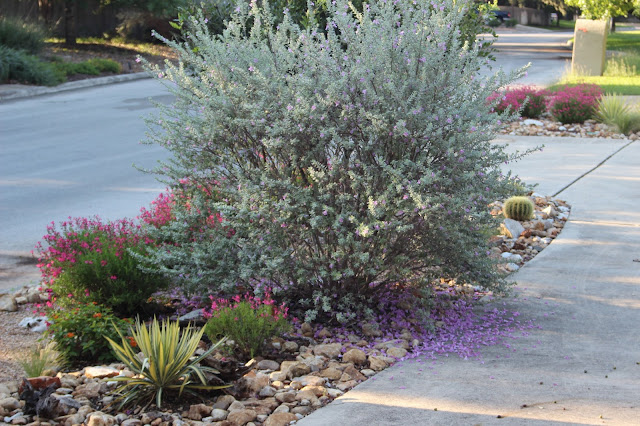 So we took it out in early October and don't miss it at all.  There are two self-seeded sages remaining in front which hide the Bismarck palm from this angle and they also might go in the spring. 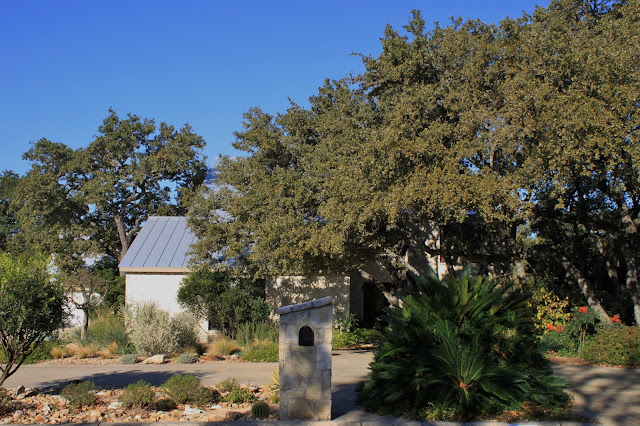 The front is opened up nicely and there's a space for something interesting.  I'm thinking of a columnar cactus like the neighbor's San Pedro I featured a few weeks ago. 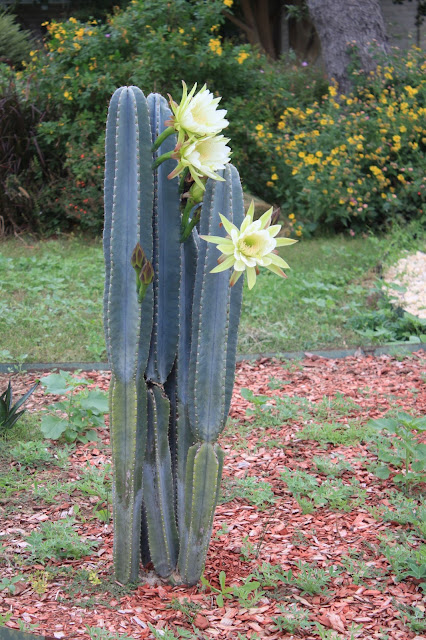 Maybe this Argentine Saguaro in Jeff Pavlat's Austin garden (in front just below the rail) which is hardy to 15F would work too. 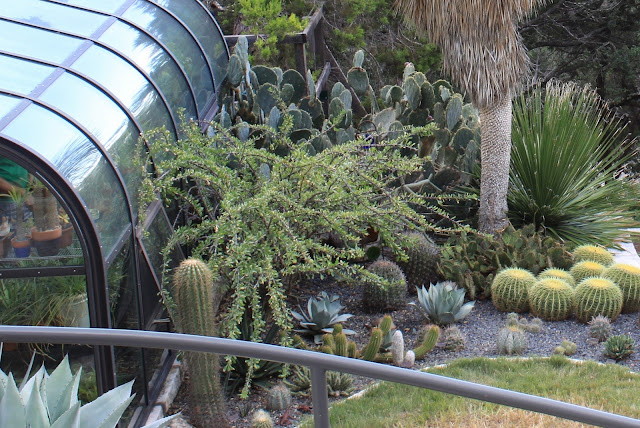 It will be a fun project to consider the options over the winter.
Posted by Shirley Fox at 11:27 AM