Gardening on the Rocks: The Driveway Landscaping one year update

In my last post I highlighted the stunning sage blooms along the driveway and today I'm taking a look back at the progress in the driveway landscaping project done during 2012. 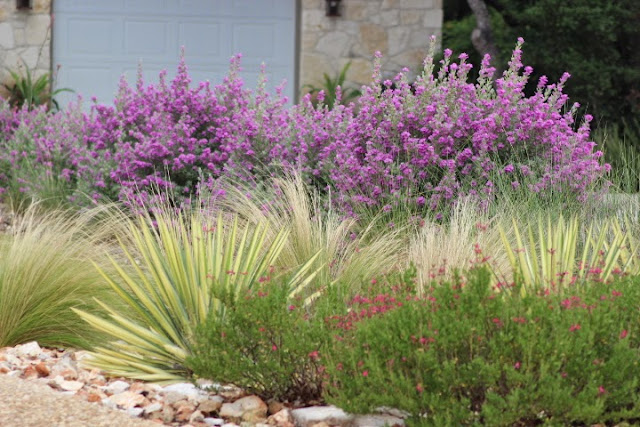 When we started out to do something about the driveway landscaping it looked so bad I knew it could only be improved. 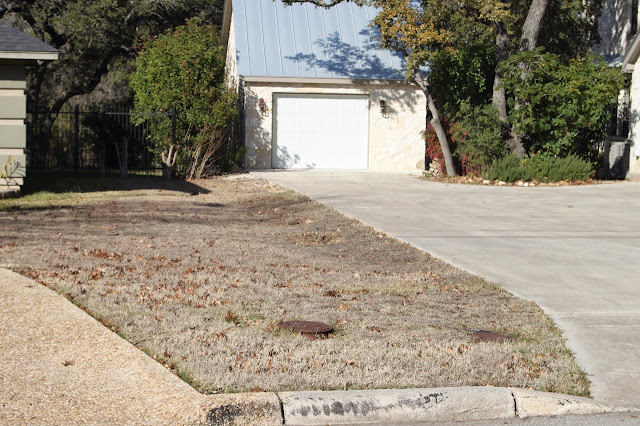 Here's what the driveway view looked like when we finished planting last July, that's July of 2012 just one year ago. I thought at the time it looked good, but I was comparing it to where I began the project. 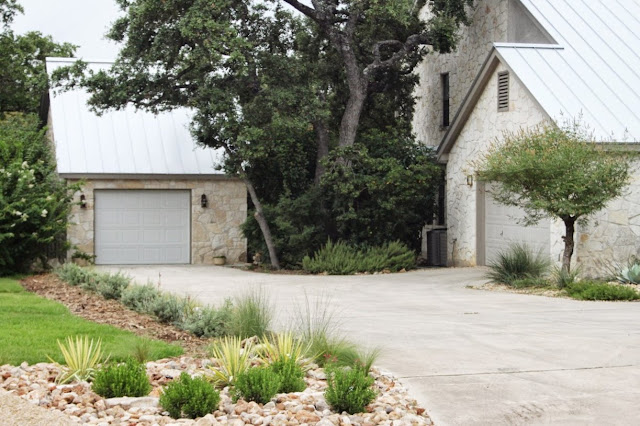 A few months later by fall of 2012 things were already looking pretty amazing with both the Salvia greggii in the foreground and sage in bloom. 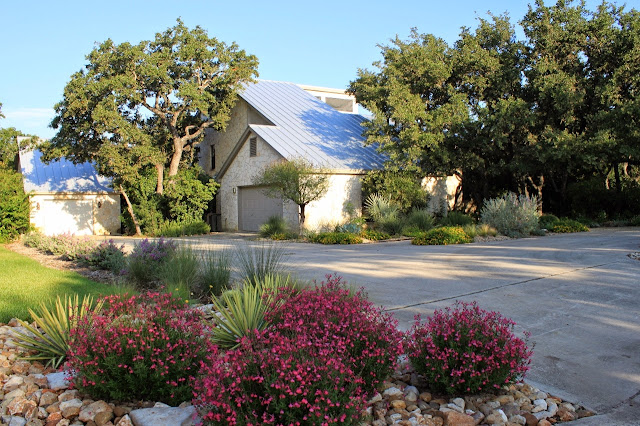 Now here's a similar view taken this week.  The color guard yuccas have also grown amazingly fast while the Salvia greggii which had matured the fastest is currently enjoying a bit of a downtime due to summer heat while working up to a big rebloom in a few weeks.  The Mexican Feather Grass is already sporting its blonde seed heads and soon the Pink Muhly will steal the show. 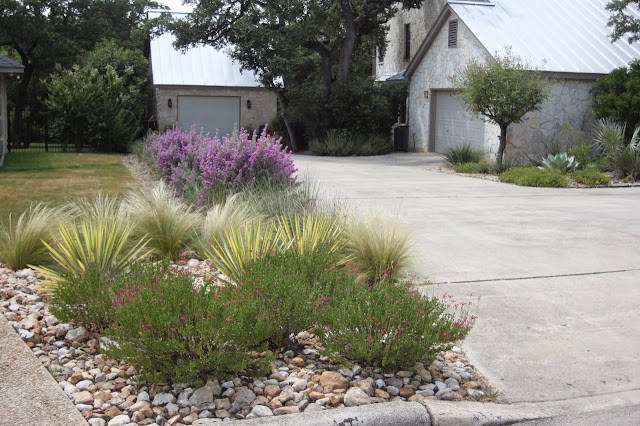 Now that's an improvement!  I had no idea it would end up looking as good as it does.  Neighbors out for a walk this morning even commented on the pretty color.  The choice of planting the sage in a row here is a bit unusual since you typically see them as single plants in a residential yard or a row around parking lots where they are often neglected or sheared into a very sad hedge producing a few sporadic blooms as mentioned in the comments on my previous post.  But choosing Silverado sage means they will remain smaller, less leggy, and have deeper colored blooms. 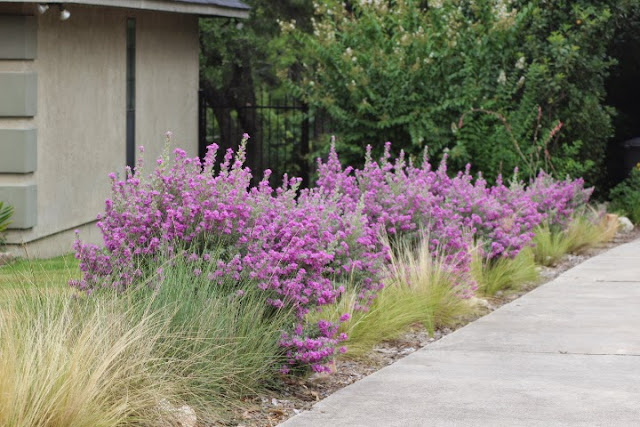 It's often said that straight line plantings don't look natural, but to me that depends on the space you have to work with and, as I wrote in my post last July, trying to make this look like anything but a driveway would not have worked.  It's been fun to take a look back over the last year and a half to see how beautifully the landscaping along the driveway has matured after starting with a total eyesore.
Posted by Shirley Fox at 6:07 PM