To Her Majesty the Queen!

Just as Queen Elizabeth's Diamond Jubilee gets underway in England, this Agave Victoriae-reginae bloom has arrived as if to propose a toast to Queen Victoria's great-great granddaughter. 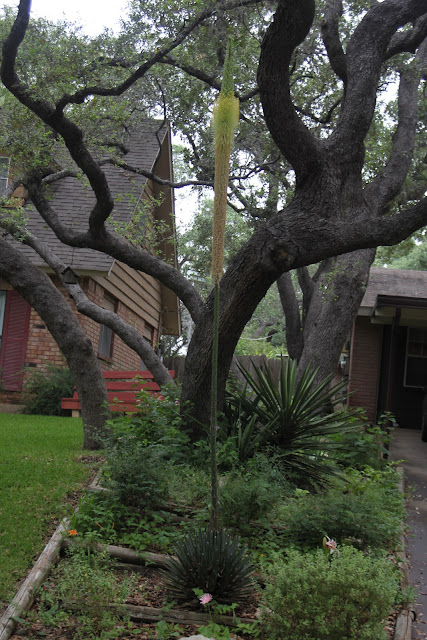 She's a delicate beauty and over ten feet tall 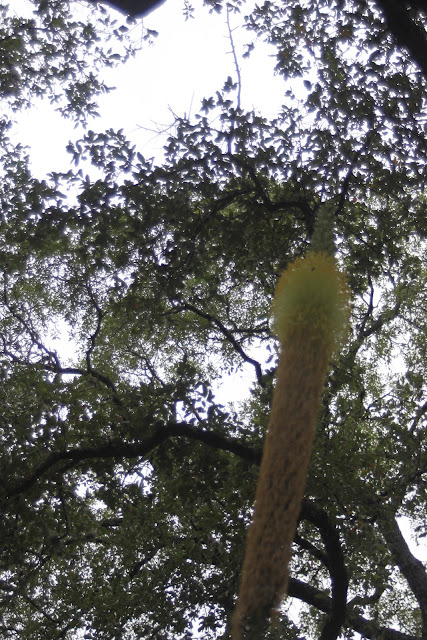 I've been watching this agave for a while. She's across the street from Ragna's house and I check in whenever I visit. 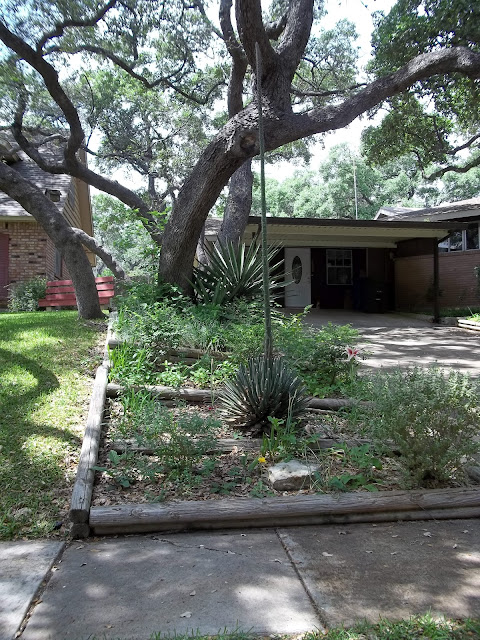 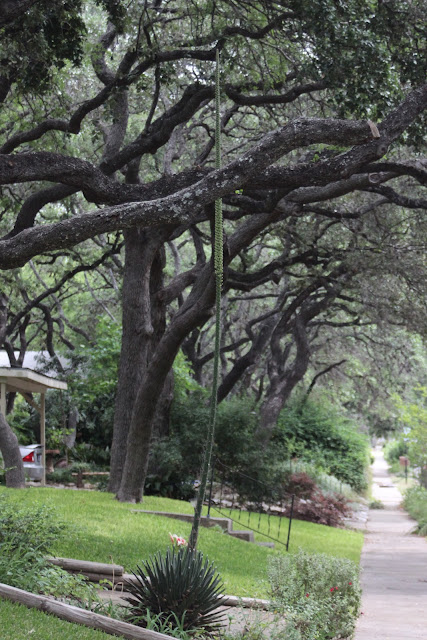 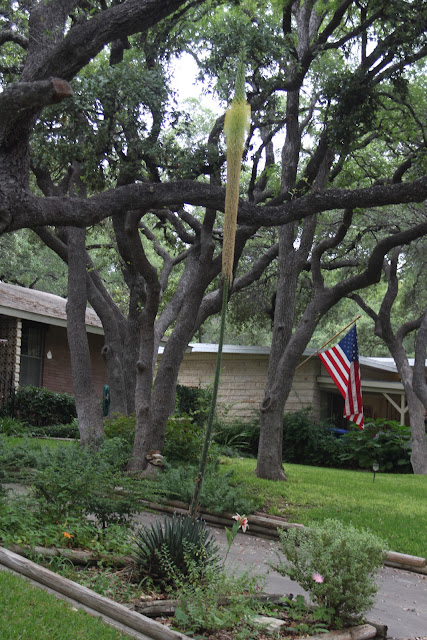 Yes that is an American flag there.  We also congratulate Queen on her 60 years on the throne.  I have been fascinated by Queen Elizabeth II since I read her biography many years ago.  Her story is a special one of devotion to duty, especially in WWII when she drove an ambulance in London during the last days of the war.  Growing up the images of the young queen in a world of men also made a positive impression on me.  Later, during my husband's military career, it was our pleasure to raise our glasses in a toast to her on a number formal occasions where members of her armed forces were present.

The proper response to the proposed toast in the title?

Simply raise the glass and say "The Queen"
Posted by Shirley Fox at 9:41 AM