Black-chinned hummingbirds are busy at the feeder this time of year.  Staking out the feeder instead of real flowers makes photos easier.  I prefer to see hummers on flowers in the garden but it's also fun to watch from the kitchen so this is my usual view.

Those wings are fast! 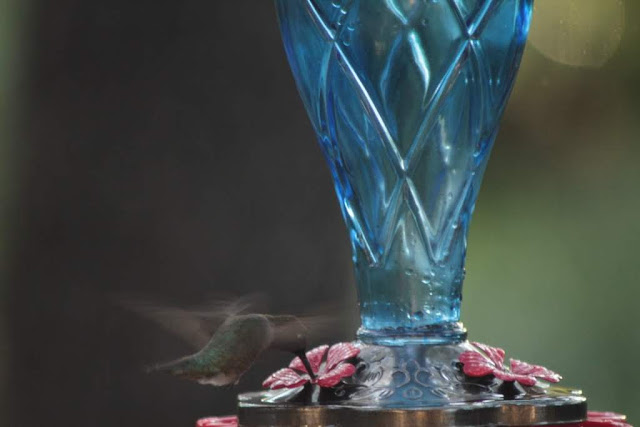 Never thought of it but they probably fly through spider webs often as this bit of gleaming web clinging to a beak demonstrates. 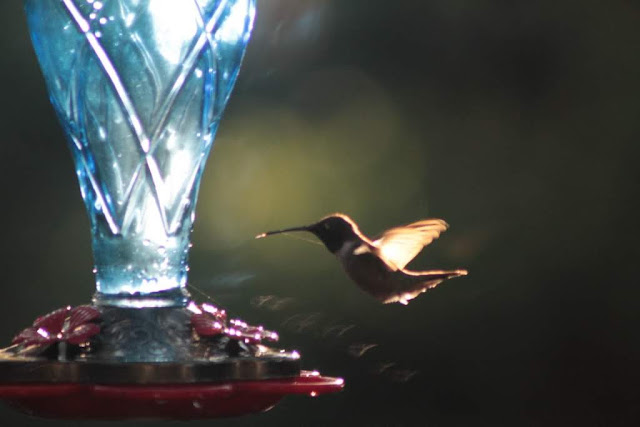 Speaking of spiderwebs.  The artist seems to have abandoned her work. 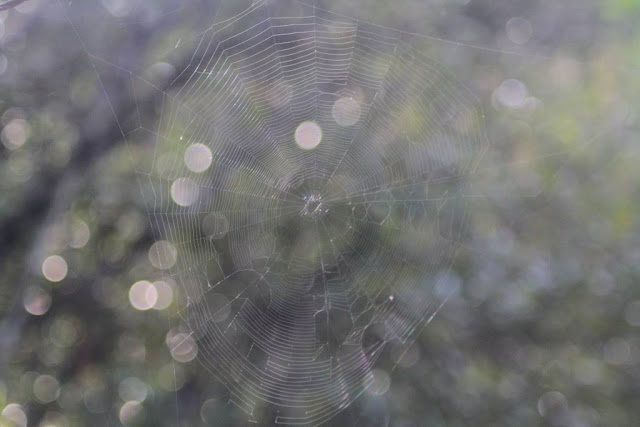 Hummingbirds usually flock to Salvia Amistad but this month the bees have taken charge.  Instead of climbing inside the flower tube they headed for the corolla at the back of the flower. 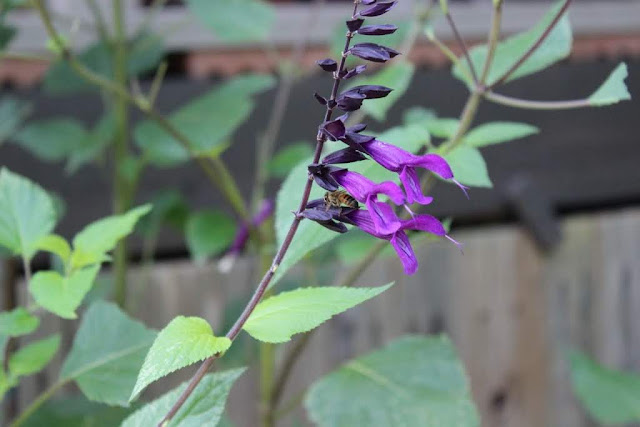 What's up with this? 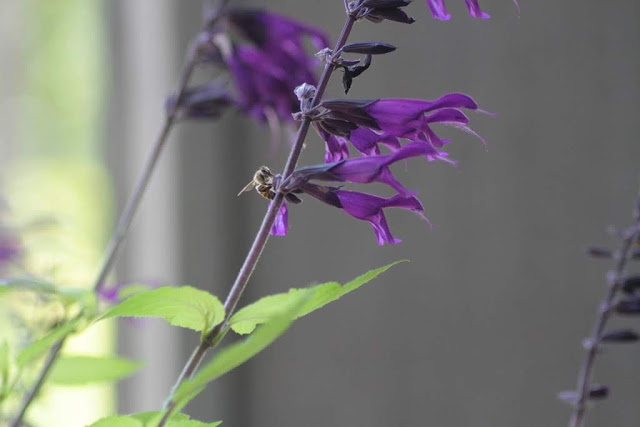 After observation it's definitely a pattern. 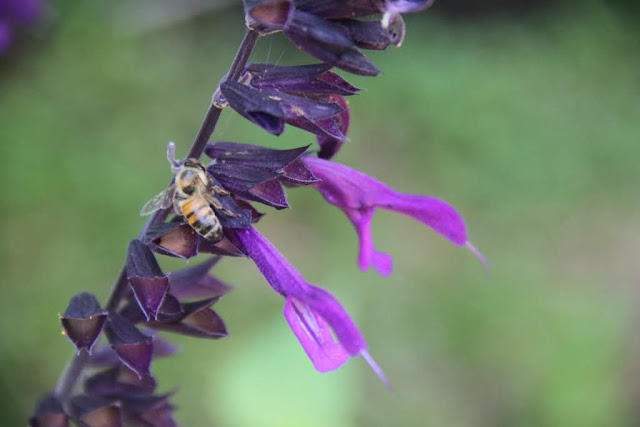 Research revealed that salvias have a tiny opening in the Corolla tube for nectaring. 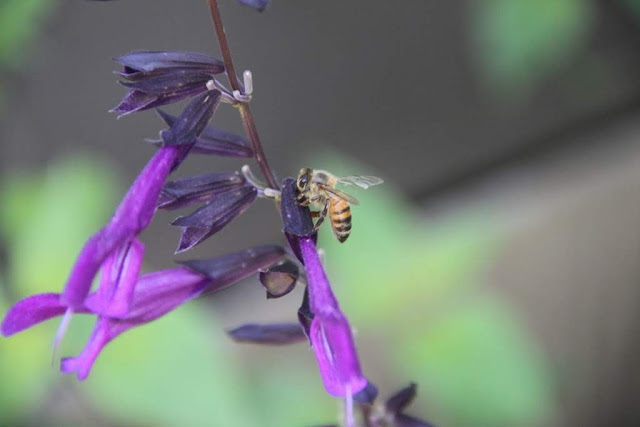 Nectar is collected through the proboscis and stored in a honey sac which is returned to the hive for making honey. 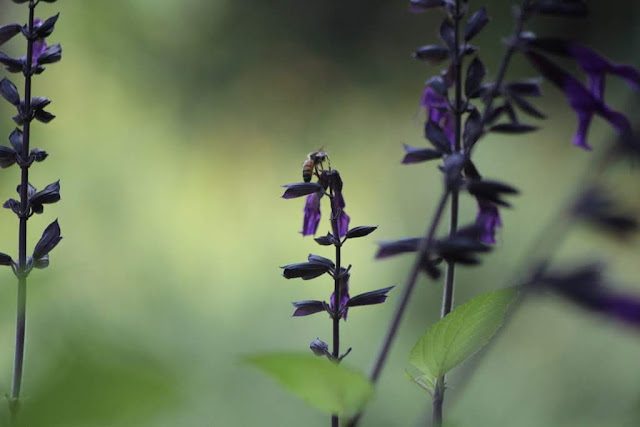 Pollen is high in protein and the food source used to nurture bee larvae.  It's important to have both sources. 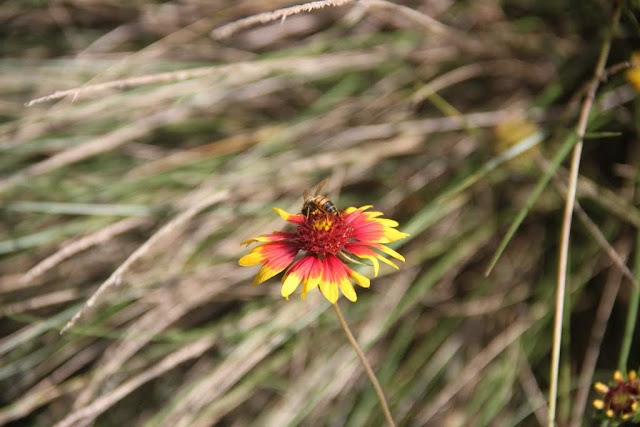 The "plant formerly known as a weed" is hosting swallowtail caterpillars again this year.  Through posting on native plant websites I have tentatively identified it as Prairie Bishop. 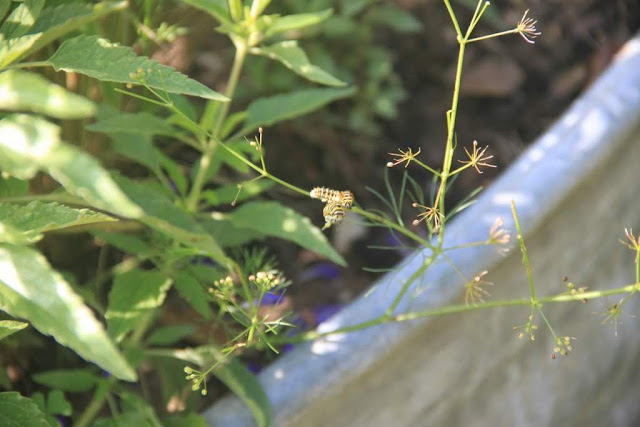 Dill-like foliage supports all stages of larvae growth.  I have made a point of leaving it in the garden since discovering swallowtail caterpillars love it. 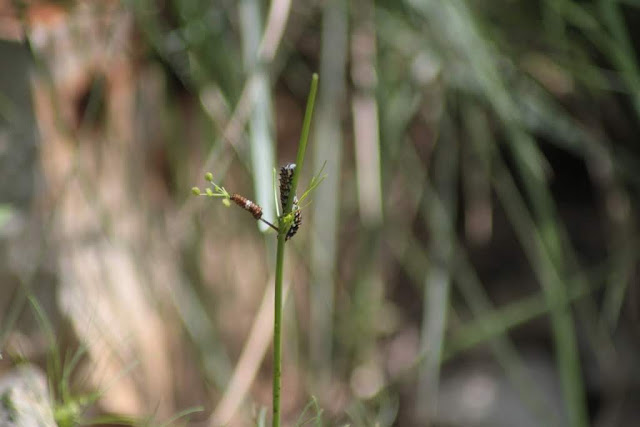 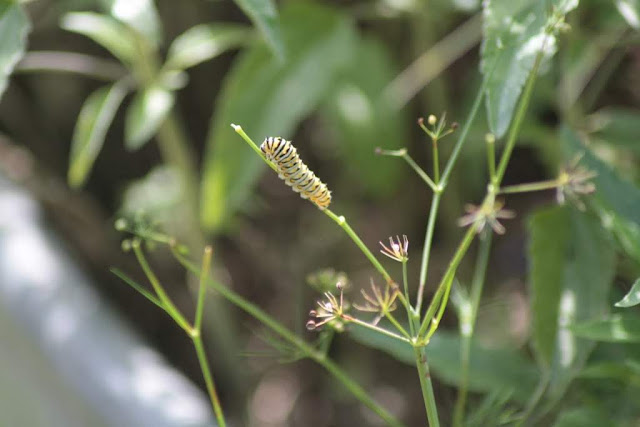 The plants are still widely spaced so when the caterpillars reach the end of the line I move them (branch and all) to a new plant which seems to work. 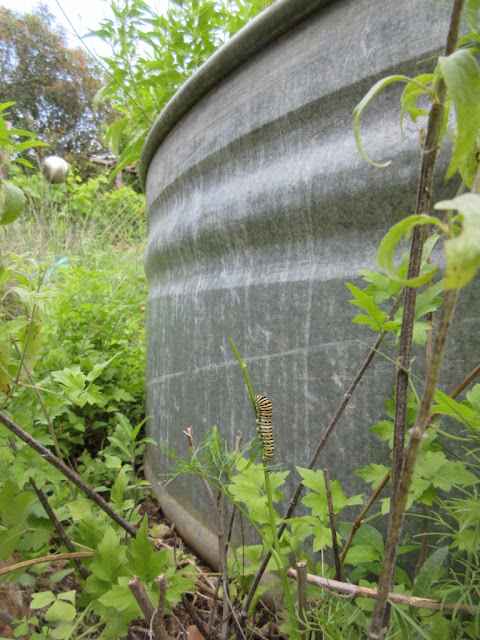 Not enough info to identify this moth but the angle is cool. 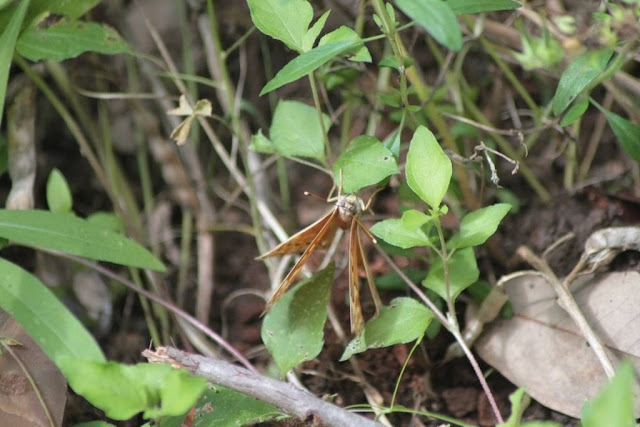 I think this is the same moth.  Usually it's bees on the Monarda citriodora or Beebalm. 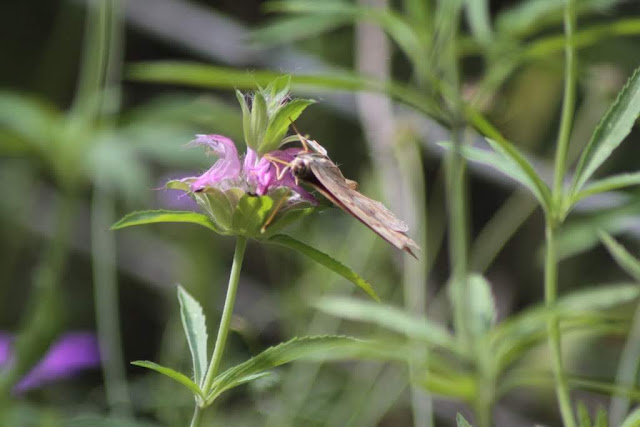 While the caterpillars were chowing down there was a trend to faded tattered butterflies in the garden. 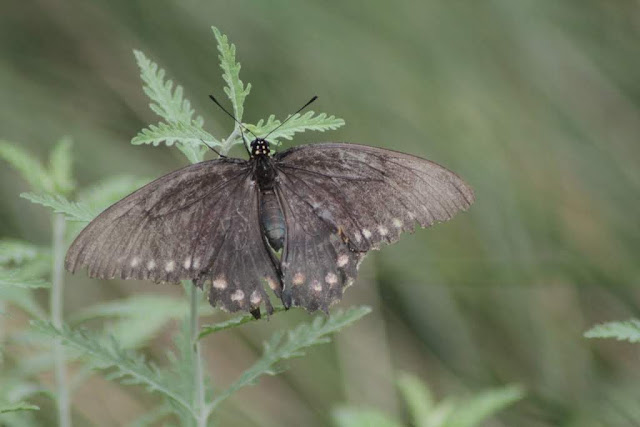 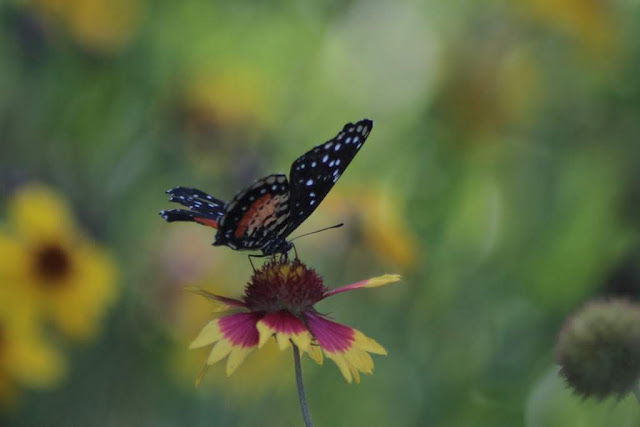 Bordered patch inside and... 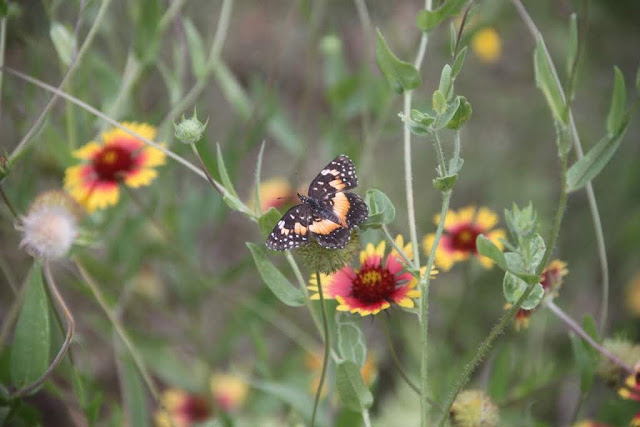 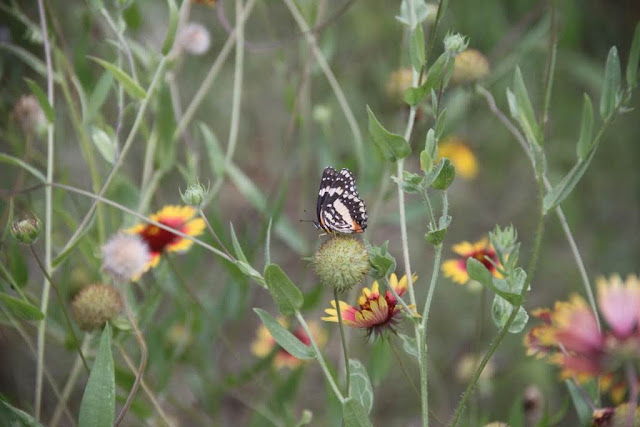 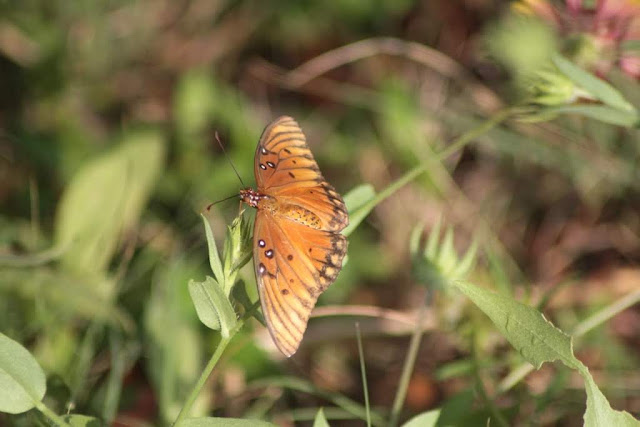 Our rainy spring has brought many bugs and insects to the garden.

Young Katydid on a rose. 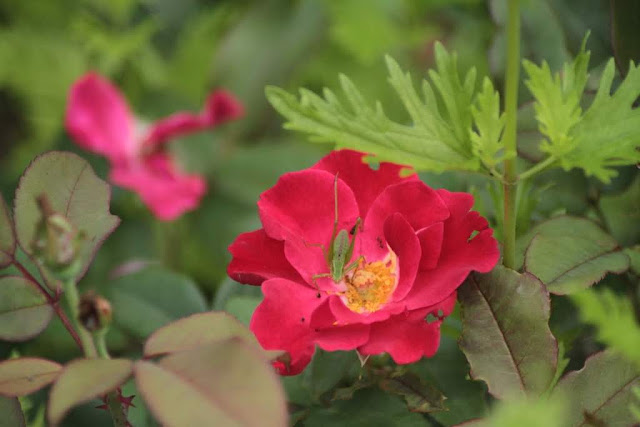 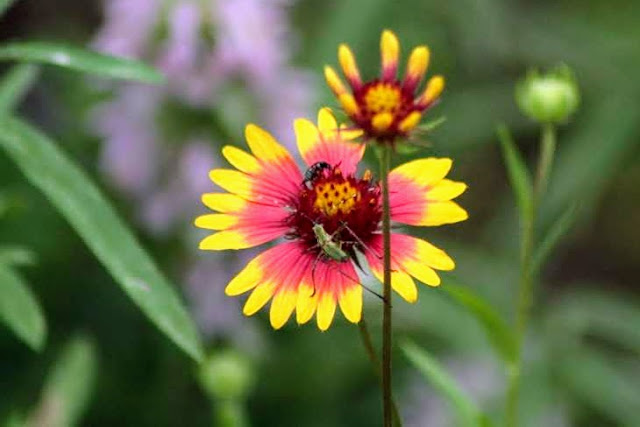 For the last few years a Whitetail doe has chosen our yard to hide her newborn fawn.  I may have walked past the little fawn several times before I noticed.  They had already moved to the neighbor's yard before I got outside with the camera.

Fawns will immediately drop down and stay quiet when scared. 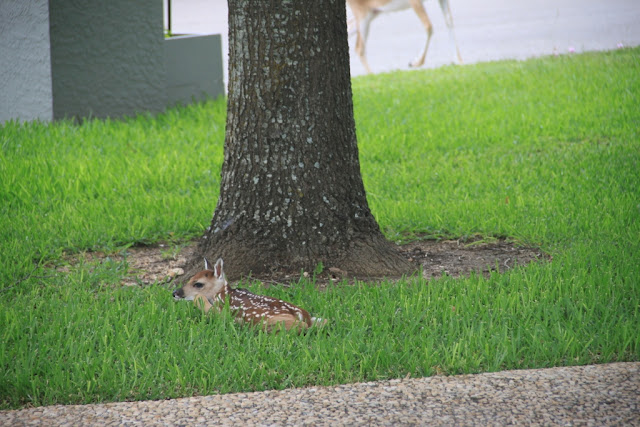 Time to move on.  A bit wobbly, probably less than two days old. 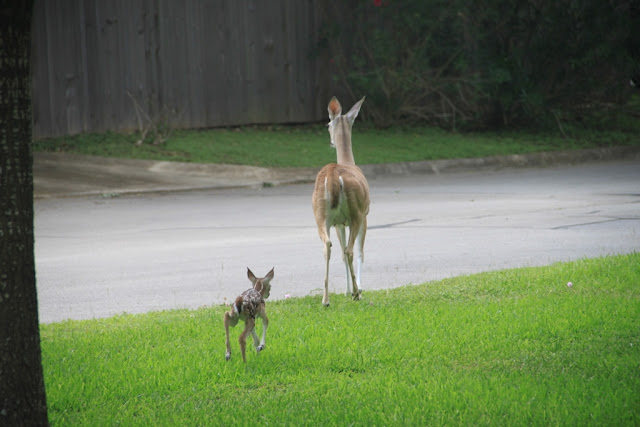 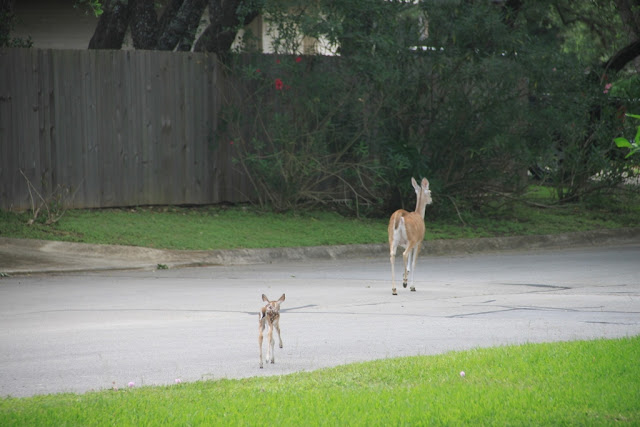 Couldn't let the deer have the last word this time! 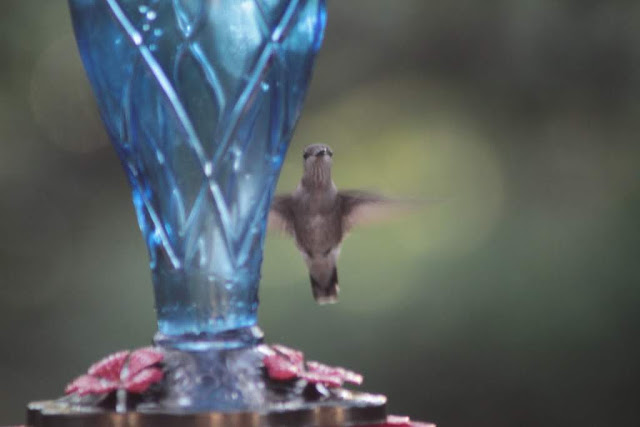 Tina's blog has fun stories on wildlife in her garden.  You can find more at "My gardener says..." in the comments section.
Posted by Shirley Fox at 6:07 PM