It's Wildlife Wednesday and that means rounding up wildlife photos from June to share on the meme hosted by Tina at "My Gardener Says...." on the first Wednesday of each month.  Let's look at the wildlife visitors I spotted recently in the garden.

This pretty creature is a Peucetia viridans or green lynx spider.  Green lynx spider is found throughout the southern U.S. and is a chief predator of southern pests such as the cotton bollworm, corn earworm, and cabbage looper moth.   It doesn't spin webs, but rather trails a line along behind like a trip wire, waits for prey to show up and pounces.  "Have a nice trip?  Ha Ha."  You can see a bit of what looks like a line between the glochids. 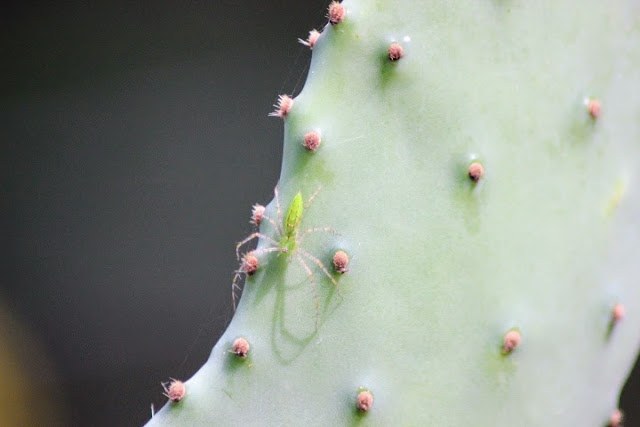 It's not all good with the green lynx spider since they are also a major predator of bees which might explain its presence on a cactus just to the left of Woolly Ironweed (Vernonia lindheimeri) where a Solitary Bee is working.  These Solitary Bees are actually very friendly and often come up to us just to take a look. 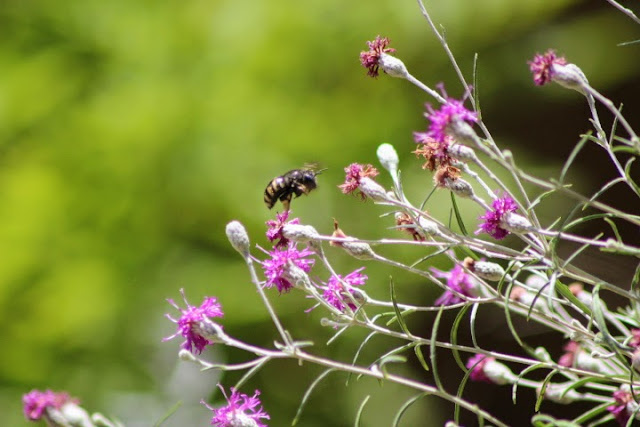 A green Carolina Anole (Anolis carolinensis) keeps an eye on the proceedings from a Yucca Rigida while waiting for insects to fly close enough.  Anoles claim plants, particularly tall ones and simply hang out there.  I heard one snap at a moth a while back and it's quite audible if you're in the right spot. 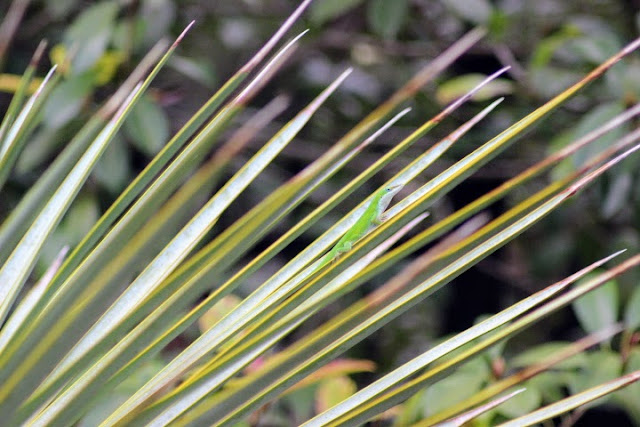 Turkey Vultures have been visiting us on a near daily basis for years.  Usually it's a thudding noise on our metal roof that alerts me to their presence.  They typically perch high up by the chimney, all the better for their view of the creek, but not easy to get a photo.  During June they moved closer to the water trough we keep out for wildlife and I created these GIFs.  Something may have died back there, a fairly common occurrence which is why they perch on the roof in the first place.

Our golf course correspondent turned in this view of an Egret and Cormorants fishing at a pond. 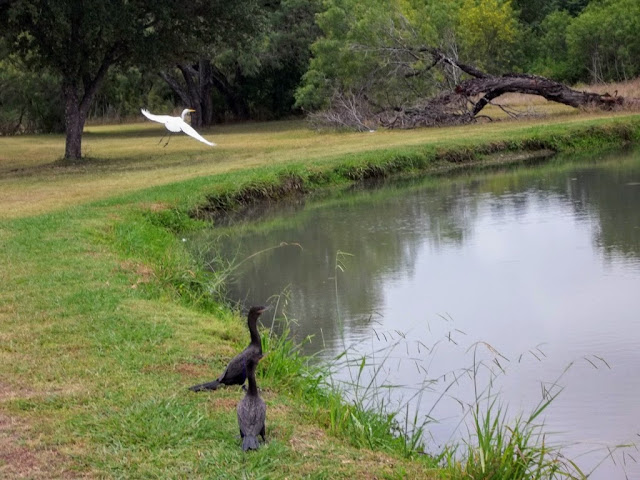 I typically conclude these posts with deer photos.  Today I'm posting deer damage instead.   Deer are creatures of habit and once they gain a taste for a certain plant they won't leave it alone.  Every new leaf is stripped nightly.  When we discovered this type of damage to a schefflera that had been near the front door for years without a problem, we protected it with wire grates assuming the baffled deer would move on. 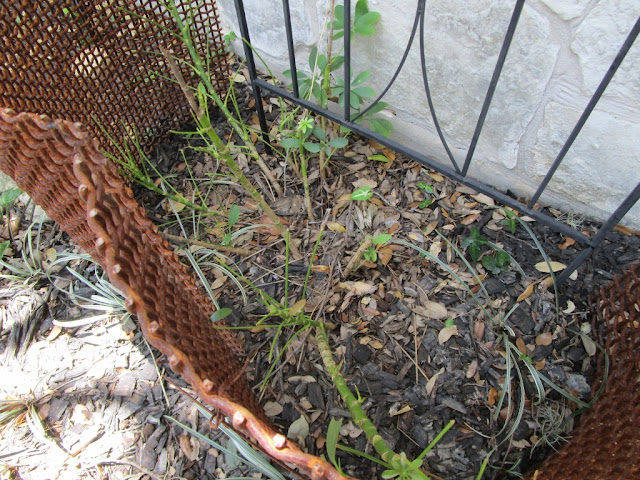 Yesterday I discovered the deer apparently decided to destroy nearby variegated liriope plants instead.  Chewed down whole rows of them. 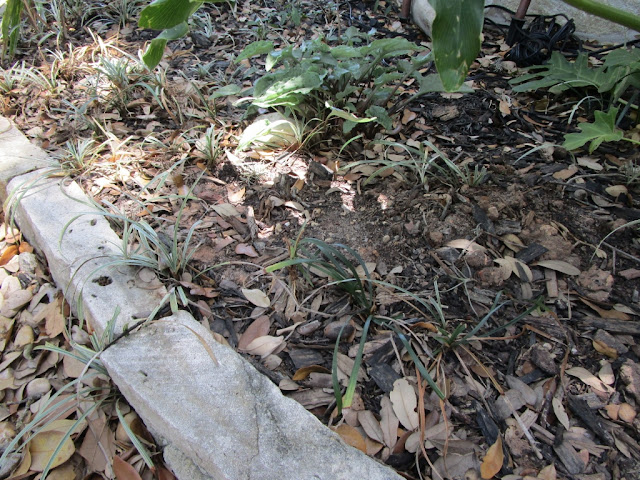 Deer typically nibble liriope randomly but not enough for me to worry about it.  This time whole plants were uprooted and dropped. 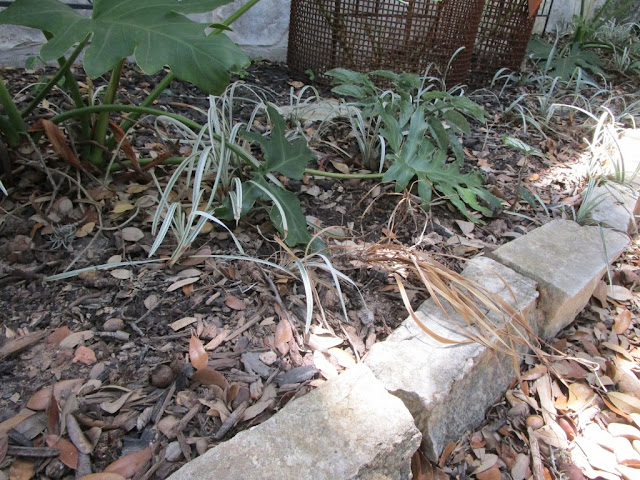 Fortunately, liriope is resilient which why it's planted here.  I've mentioned that we fenced deer out of the back garden a few years ago and these examples in the unfenced front yard show why.  Imagine going out and checking each morning to see what the deer got into overnight.

For more posts on wildlife in the garden, see the comments section at "My Gardener Says...".
Posted by Shirley Fox at 7:50 PM