Since the garden has been basically dormant for months it's nice to have Wildlife Wednesday provide a good reason for posts from the garden.  With only few blooms to offer I think the butterflies are passing me by on their southward migration so we'll focus on some larger subjects.  Foxes are back after a long stretch of no sightings.  The water bowl we keep out near the creek is becoming more popular as the weeks without rain add up.  I'm joining Tina at "My Gardener Says..." in posting on wildlife visitors to the garden.

This photo was through the back door glass so as not to scare off Mr Fox. 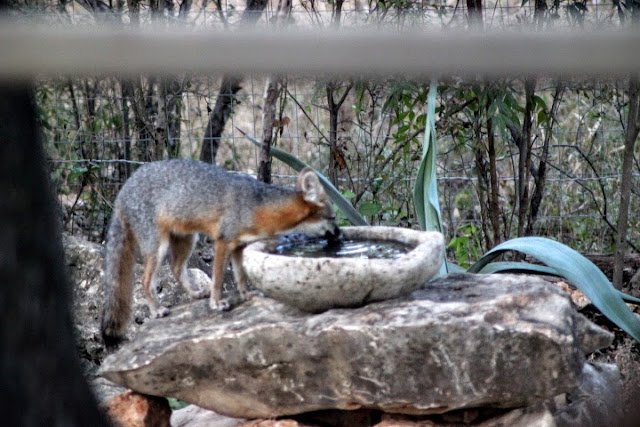 Common around Texas, Gray Foxes prefer woodland areas like our dry creek.  Gray Foxes are omnivorous and will eat cactus fruits and berries in addition to small animals.  They can even climb trees which helps them keep away from their predator the Coyote.  I went outside to take more pictures (after allowing a long drink) and he departed, but since foxes are very curious animals they usually give a look back at people while leaving.  One last smile for the camera. 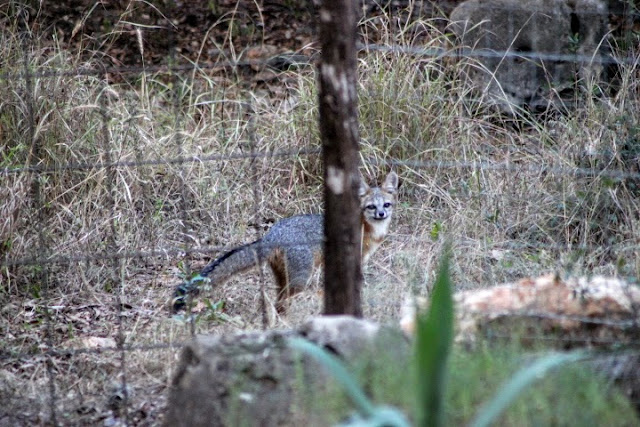 We check the wildlife camera on a daily basis and discovered a fox "leaving his mark".
Ewwww, I wonder if the next visitors got the message.


It's fun to now see our wildlife visitors in action.  Here's a very thirsty fox from last night.  Good thing we change that water often!

We hadn't seen Ringtail Cats prior to installing the camera.  Sometimes considered rare, these relatives of the Raccoon are actually fairly common it's just that they are only out around 2AM or so.

The Barred Owl which we spotted almost daily earlier in the summer has been sighted several times in the last few weeks.  This is from last week sitting on top of the back gate after a bath.  Just look at that head turn! 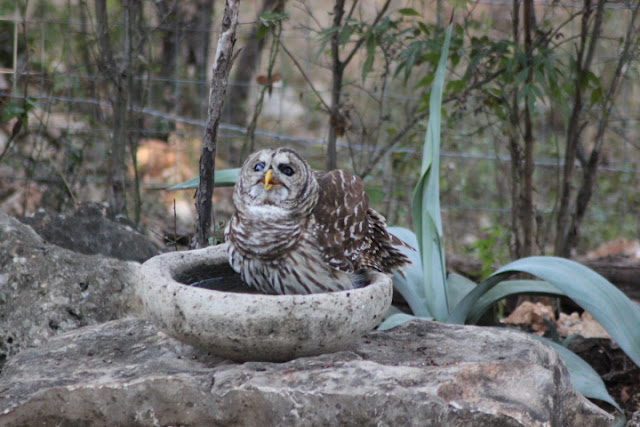 ...but it was because a Blue Jay flew by.  Smaller birds often harass the owl. 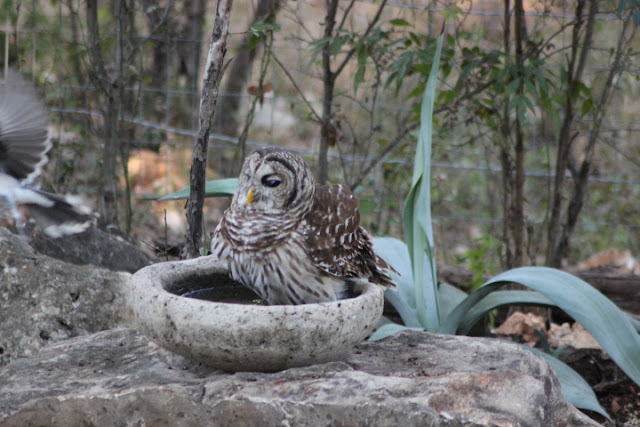 Here's the bath from the wildlife camera view.

Time to clean that beak.  First one side. 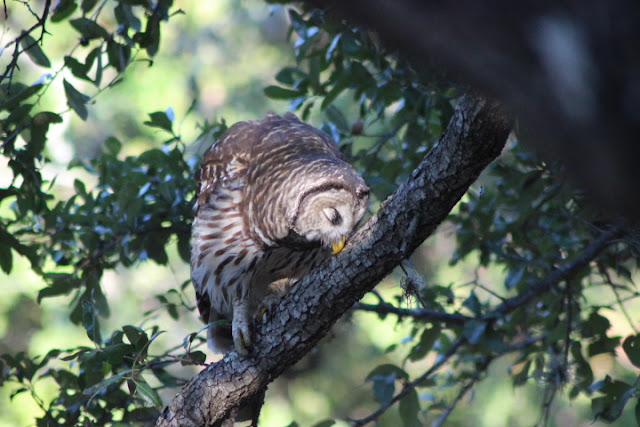 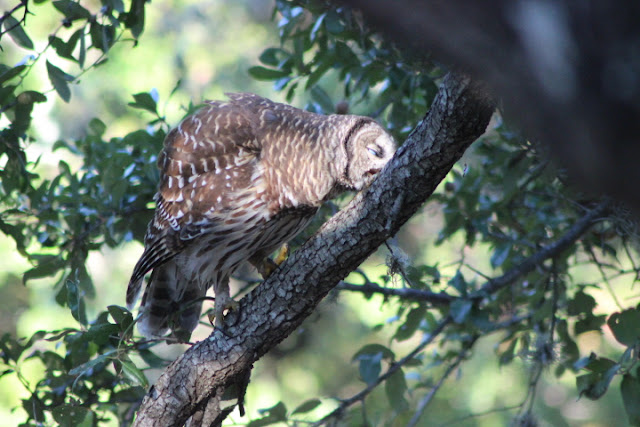 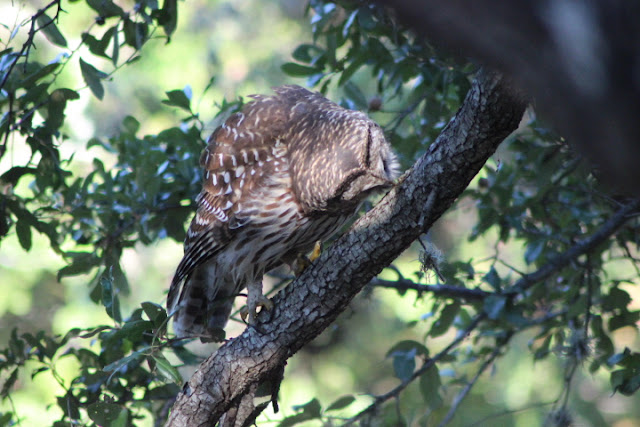 And now for the finale, cleaning that tip. 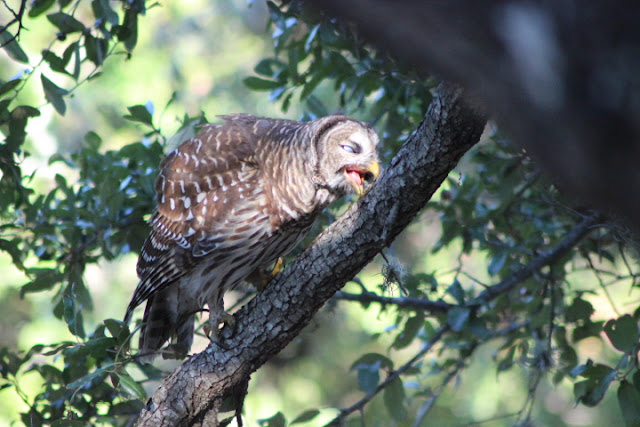 A few weeks ago we heard a noise and found an odd imprint on the back door glass.  An investigation turned up this incident.  The glass apparently reflected the trees and looked like an opening.  This used to happen with our clerestory windows until we added sunshades.  No owls were harmed in the making of this video and the owl has appeared unhurt many times since including in the photos above.


That's a wrap up of wildlife highlights from the past month.  To see more wildlife in all our gardens visit "My gardener says..."
Posted by Shirley Fox at 1:30 PM