This weekend San Antonio celebrates the designation of the San Antonio Missions National Historical Park as a World Heritage Site.   We recently stopped by Mission Espada for a walk on a very nice day.  Five Spanish Colonial Missions along the San Antonio River make up the park and Mission Espada marks the southernmost point while the Alamo anchors the northern tip of the park. 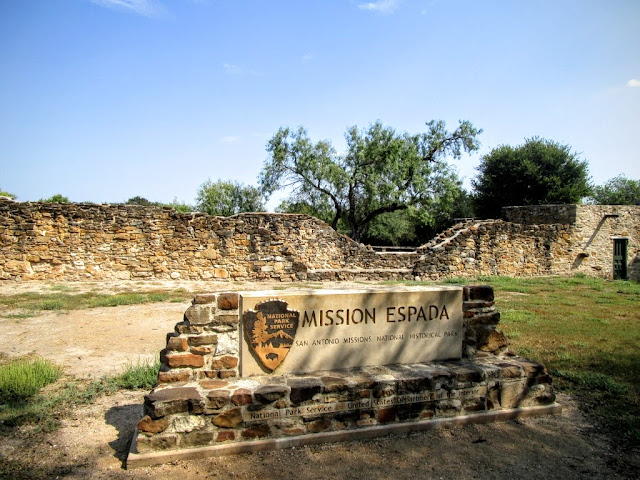 Originally established in 1690, most of the current buildings date to 1745 when it was known as Mission San Francisco de Espada.  Espada means sword or blade in Spanish. 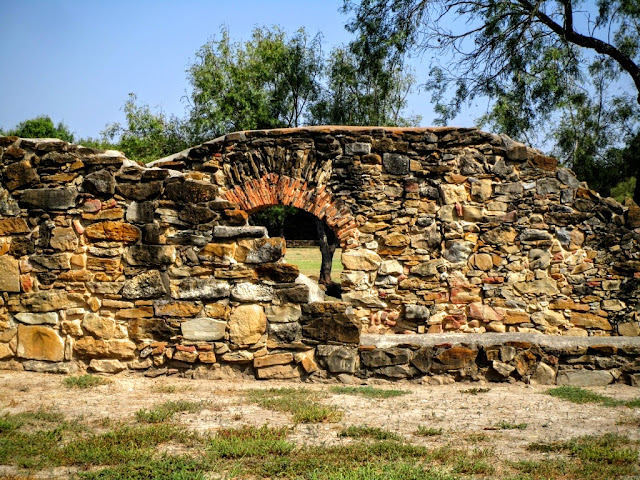 Mission Espada was the only mission along the San Antonio River with a brick works to manufacture bricks. 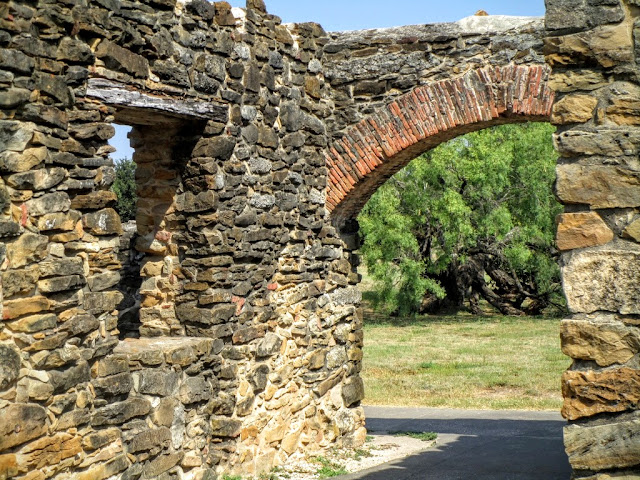 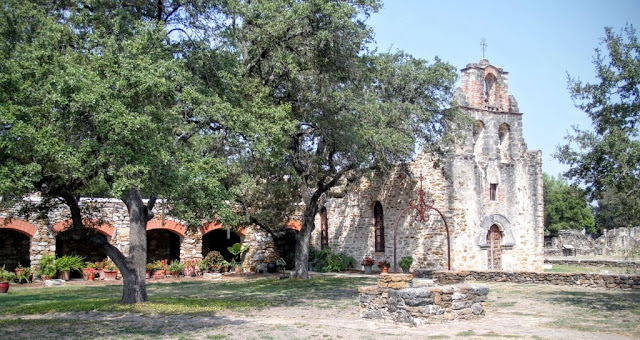 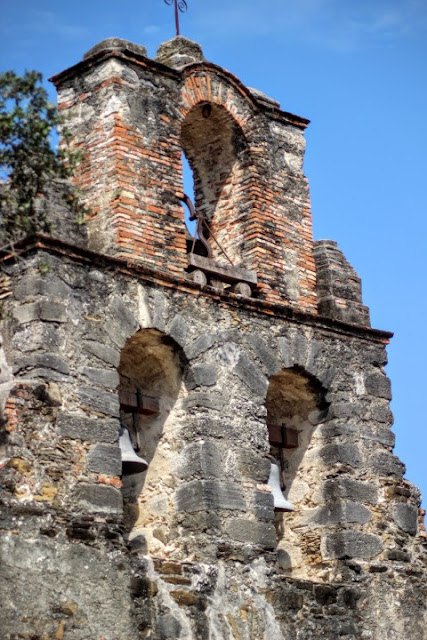 The bells of Mission Espada are often used (along with the Alamo) as a symbol of our city.  Esperanza is commonly known as Yellow Bells so it fits nicely here especially since Esperanza translates to Hope in English. 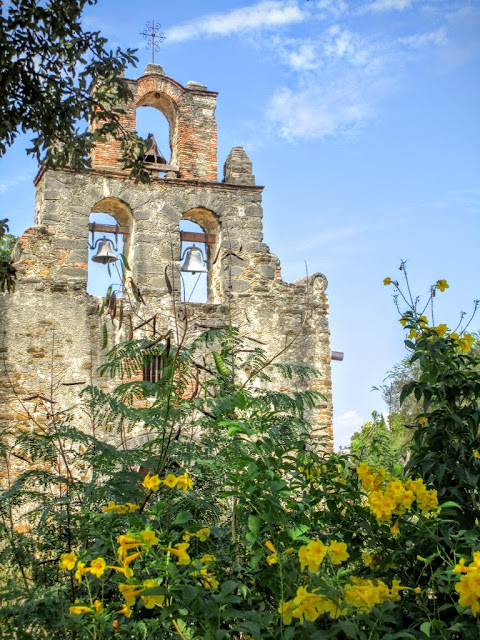 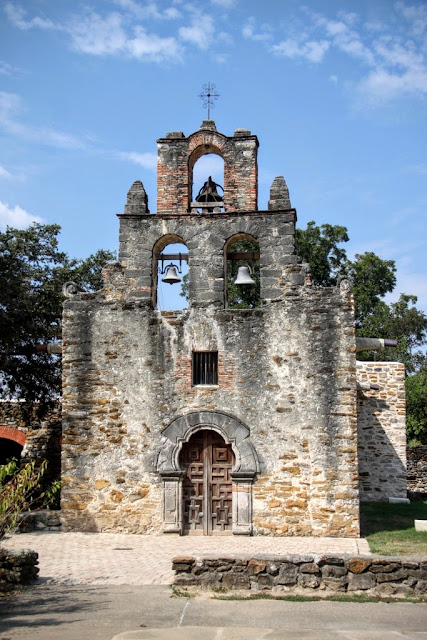 The stonework around the door is original to about 1731. 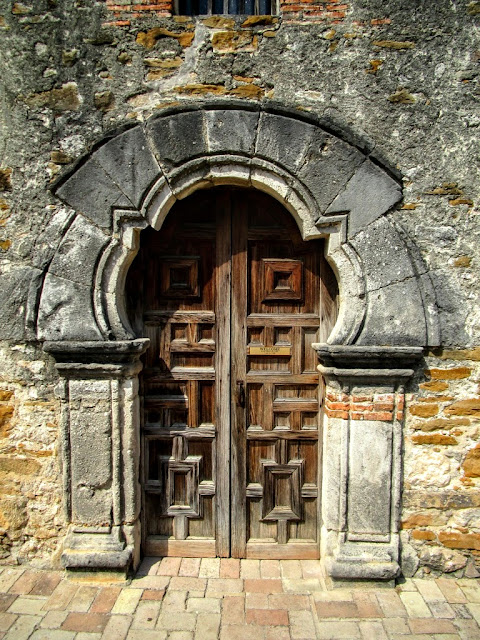 Inside the sanctuary is quite austere.  It's still an active parish with mass in both Spanish and English. 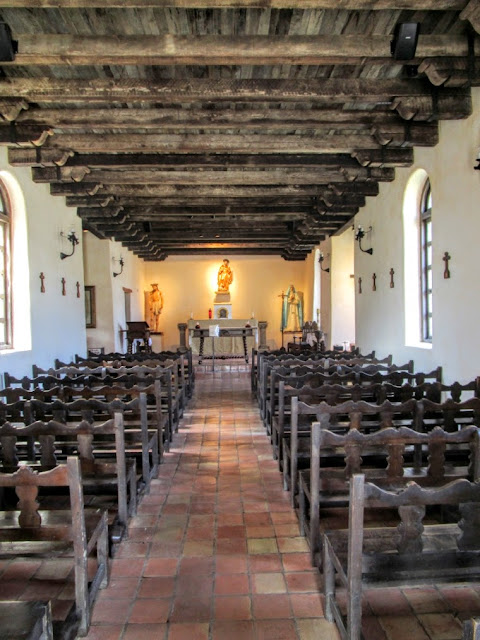 A piece of history continuing to serve its congregation today. 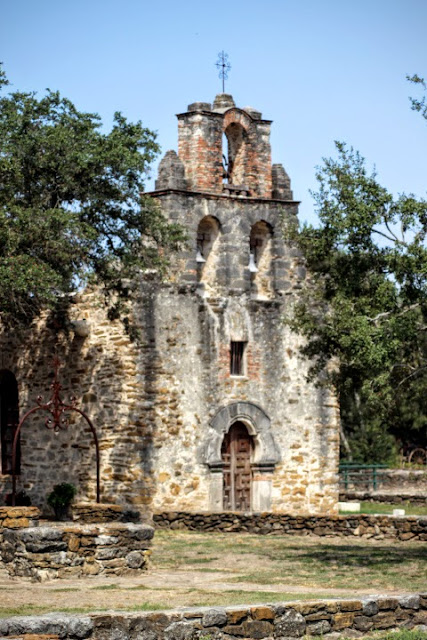 These lovingly tended container gardens along the arcade are a surprise.  Given that the mission was established in 1690 near an existing Indian village, we can assume gardening has been going on for quite a while at this site. 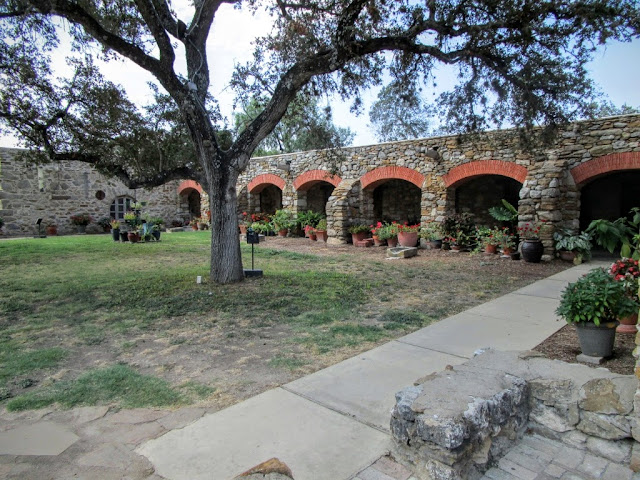 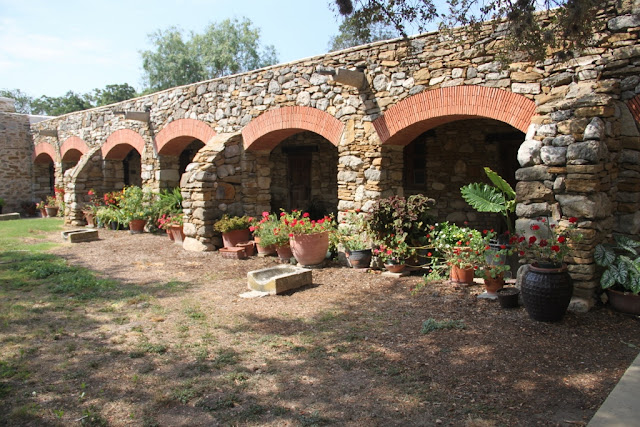 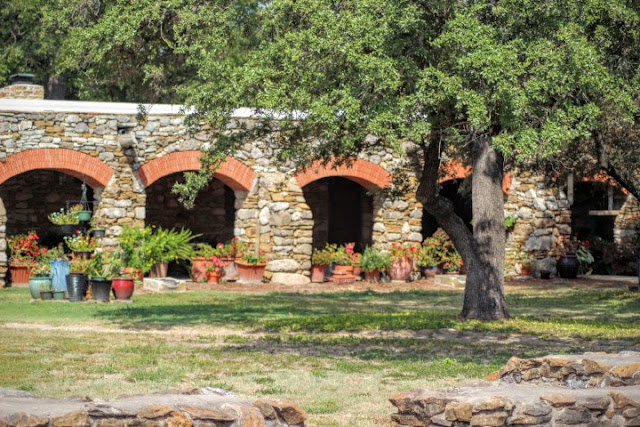 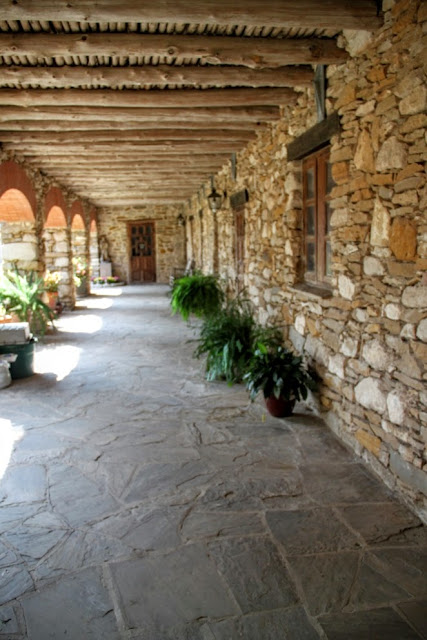 Why a such a personal garden in a National Park?  Since Mission Espada is still an active parish the garden must be tended by the staff who use the offices in this building.  In the midst of visitors from around the world the original work for which this mission was established goes on.  Imagine this as your office door. 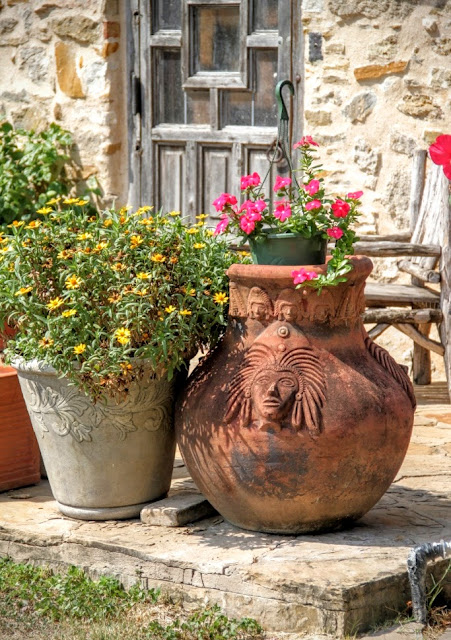 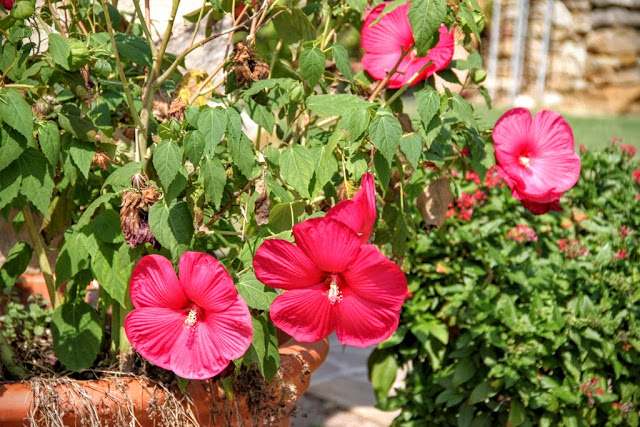 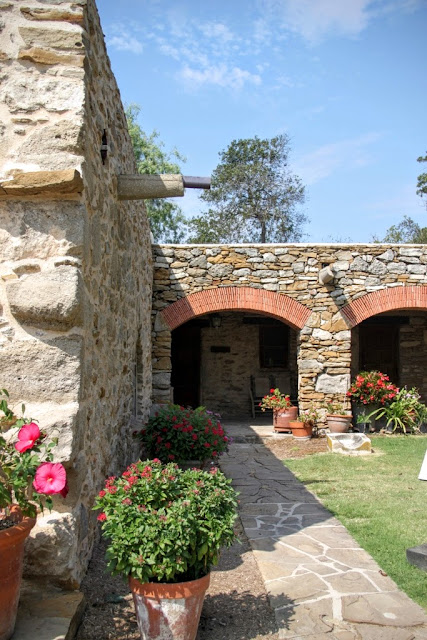 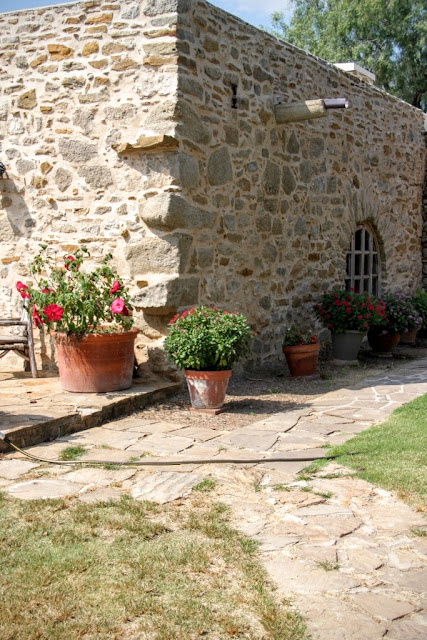 It still looks and feels remote as if we have arrived on horseback. 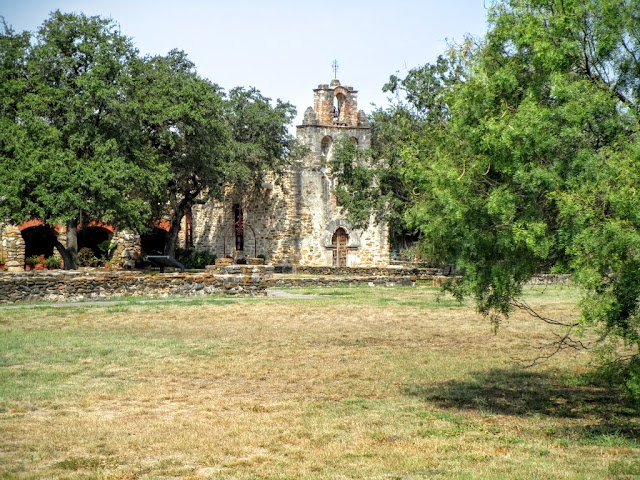 Modern signage helps though it is not too intrusive. 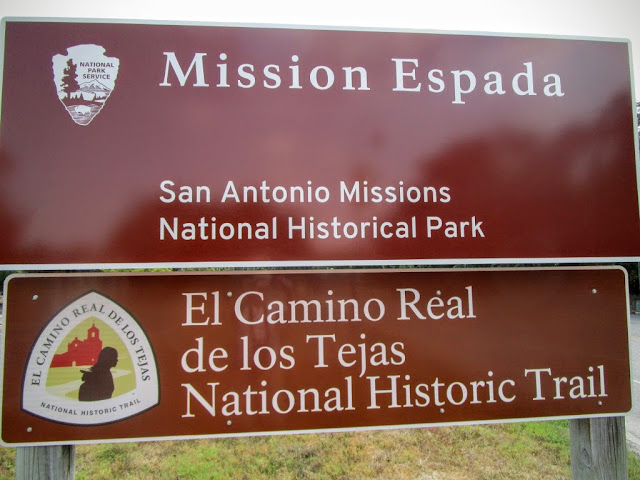 The arcade used to have two levels.  The buildings on the left burned and only the outline remains. 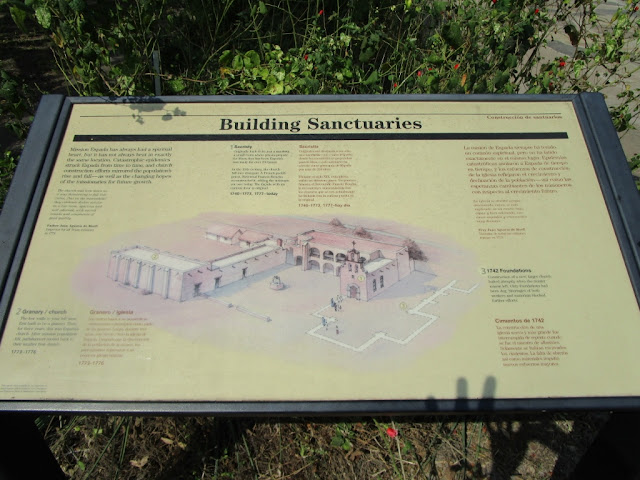 During the Spanish colonization of the Americas the Cross of Burgundy served as the flag of the Viceroyalties of the New World(Bandera de Ultramar)[1] and as a recurrent symbol in the flags of the Spanish armed forces[2] and the Spanish Navy.[3] Nations that were once part of the Spanish Empire consider "las aspas de Borgoña" to be a historical flag, particularly appropriate for museum exhibits and the remains of the massive harbor-defense fortifications built in the 17th-18th centuries. At both San Juan National Historic Site in Puerto Rico, and at Castillo de San Marcos National Monument in St. Augustine, Florida, the Cross of Burgundy is daily flown over the historic forts, built by Spain to defend their lines of communication between the territories of their New World empire. The flying of this flag reminds people today of the impact Spain and its military had on world history for over 400 years. It was also used by Spanish military forces. 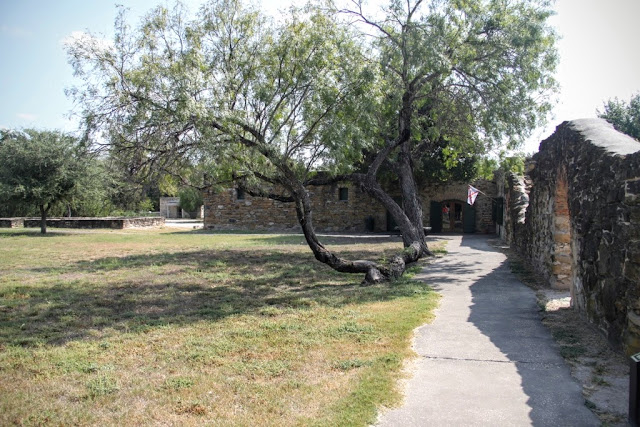 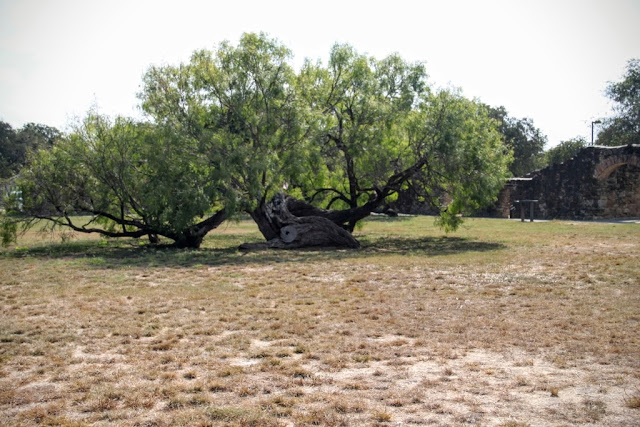 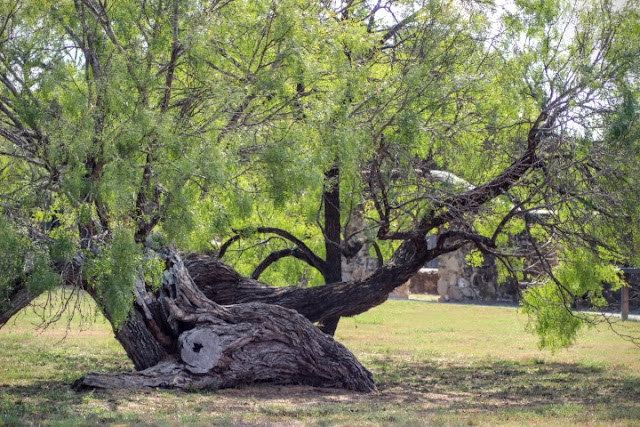 Detail of the rock work out toward the parking lot. 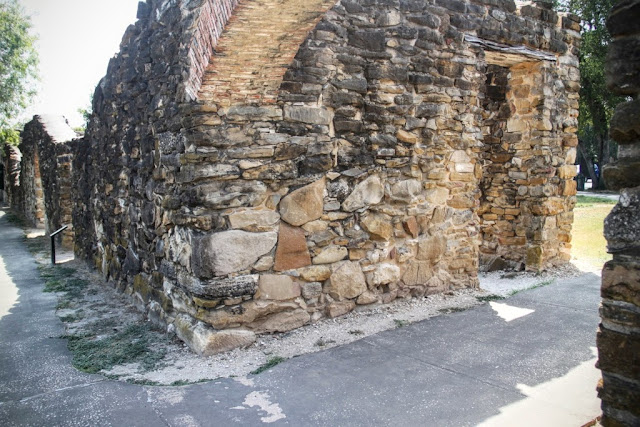 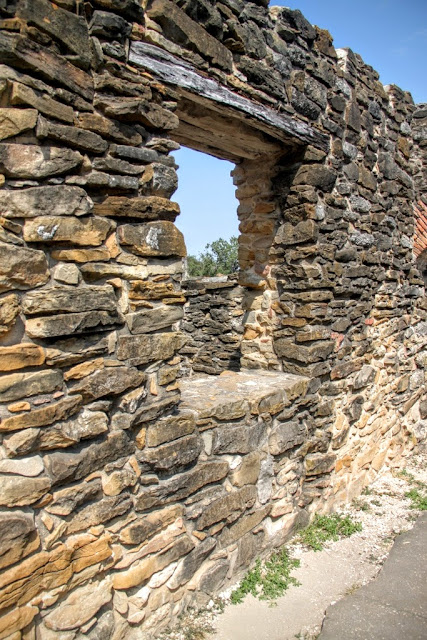 A beautiful, serene place to visit and an important part of our history.
Posted by Shirley Fox at 8:37 PM