Sometimes I just accidentally find my way into a pleasant plant surprise.  I do a good bit of research and planning so it's a surprise when a plant outperforms expectations.  That's the case with False Agave 'Flamingo Glow' (Beschorneria yuccoides) which I'm featuring for Foliage Follow-up sponsored by Pam at Digging. 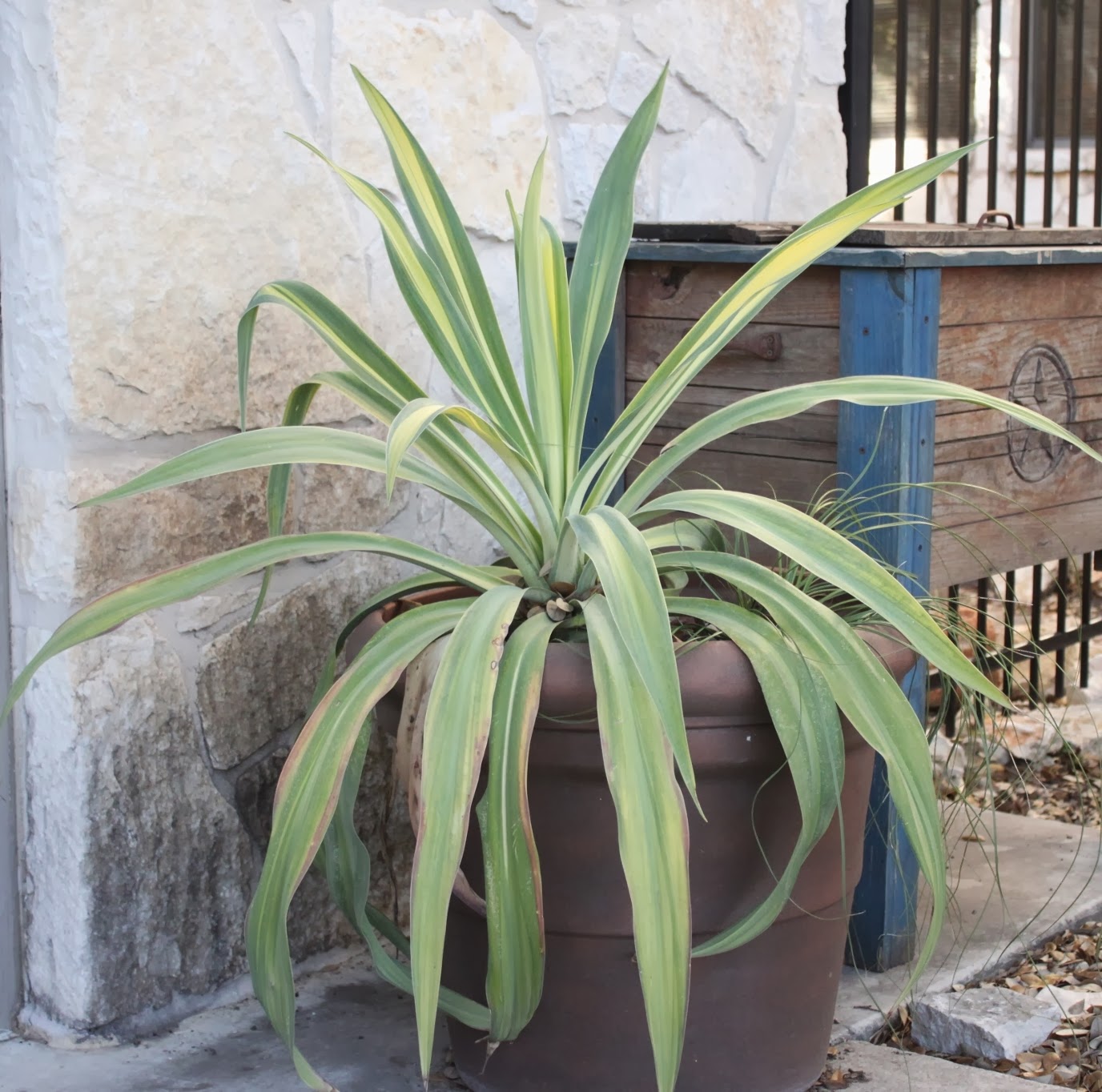 When I spotted a big table of Furcrea at Lowe's last spring I thought they were just the thing for either side of the garage door at the end of the driveway.  Except they were expensive.  Each one would have cost about the same as a nice size Agave ovatifolia.  I have no problem spending money for the right plant but Furcrea isn't that hardy and I also thought the color might look too pale against the white stone on the garage so I decided to wait.  A few days later I went back to get them and they were sold out.  I was disappointed until weeks later I found False Agave 'Flamingo Glow' at my favorite garden center.  These were similar to Furcrea (I actually thought they were the same plant when I bought them) and just a bit more green.  At half the price of the ones at Lowe's I didn't hesitate to buy two even though I was still concerned about winter hardiness.  My plan was to treat them almost as annuals to have interesting foliage in that spot for the year and if we had a mild winter they would be fine.


We didn't have a mild winter.  But that's not the surprise.

The surprise?  I discovered that not only are these not the same plant as Furcrea but they are also much hardier.  Ten degrees hardier in fact.  So when we dropped to 20 degrees overnight in January the Beschorneria sailed right through because they are hardy to between 10 and 15 degrees and if we have another cold winter they should be just fine.  It's an easy mistake to make because Furcrea are referred to as False Agave, same as Beschorneria.

That's not all.  Look at how nicely they've grown to fill in the containers.

A year ago in March 2013 when first planted 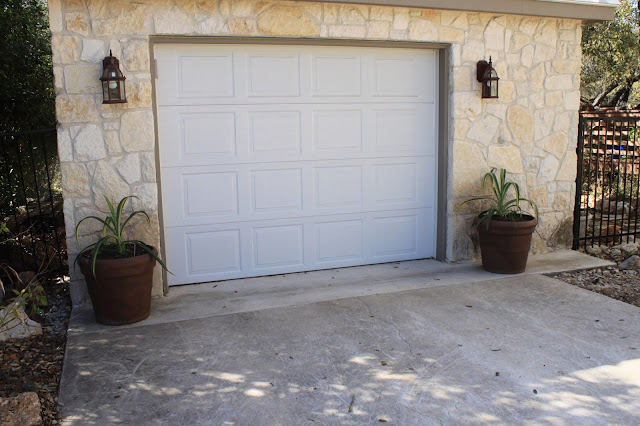 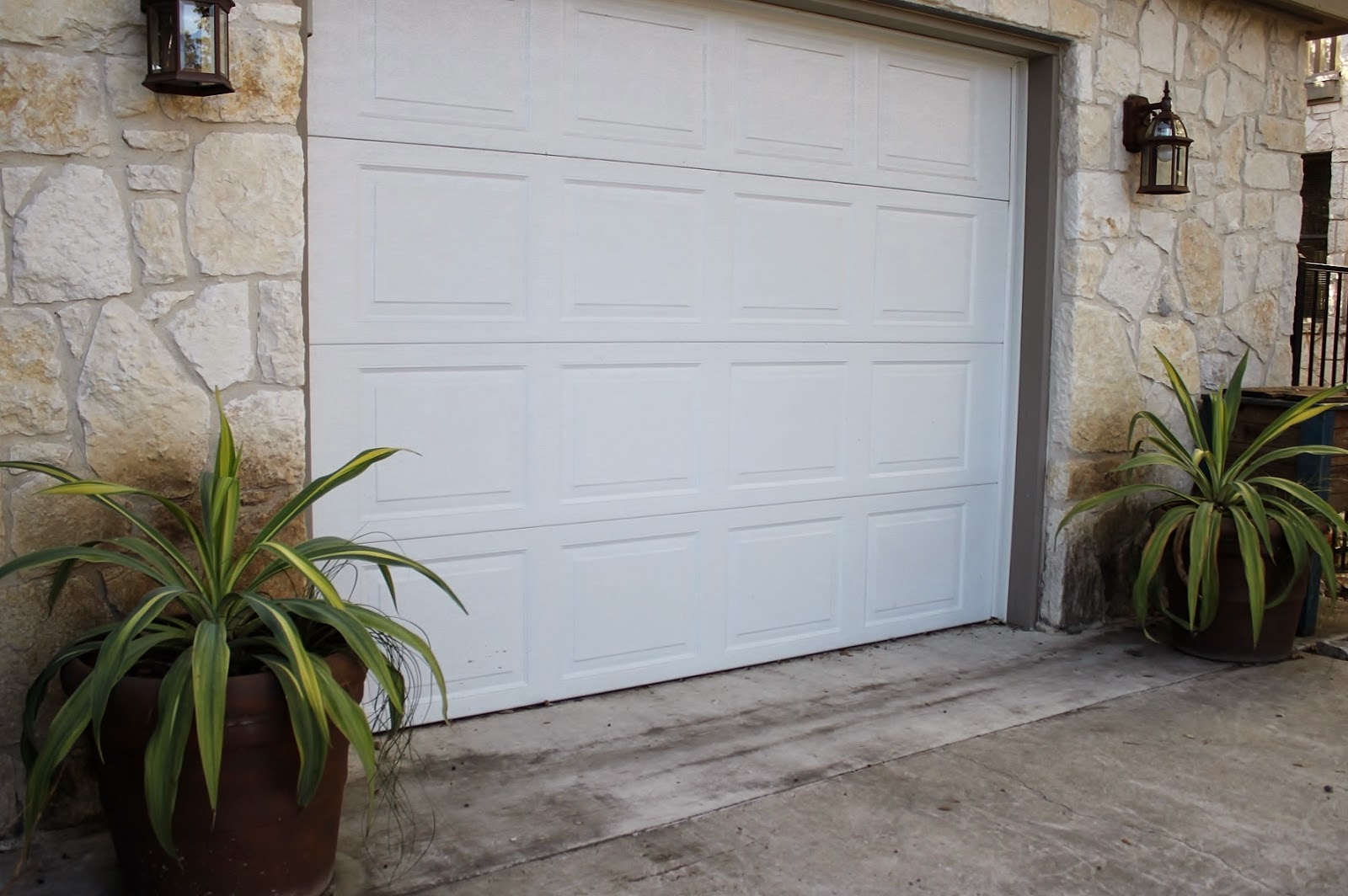 There's not a lot of detailed information published about these plants.  Beschorneria are native to semi-arid regions of Mexico and will pup easily when planted in ground.  Other common names are Mexican Lily and Amole.  They will get a pretty bloom similar to yucca so I hope these are mature enough to bloom this spring.  One funny thing I found in my research is a common complaint that the lower leaves turn brown and need to be trimmed off.  Since this seems to happen to every plant I've grown it's not a problem.  When I trim off the lower leaves of the Beschorneria the stem just disappears under the newer leaves.

I'm now looking for these to produce some pups in the container so I can have a few more to brighten up shady spots in the garden.  Or I might find more at the nursery this spring.  Either way I would love to add more to the garden.

Sometimes a surprise turns out much better than a plan.

To find more blog posts featuring foliage in the garden check out the comments section at this post on Digging.  Pam and other bloggers are celebrating a book launch party so be sure to click ahead one post to enter the giveaway for the 20-30 Something Garden Guide.
Posted by Shirley Fox at 9:04 PM