Drive by photos? It's a compliment!

When a car stops in front of the house I have to peek, especially since this one also backed up.  She rolled down the window and out came her phone.  It's a drive by photo!  I'll take it as a compliment. 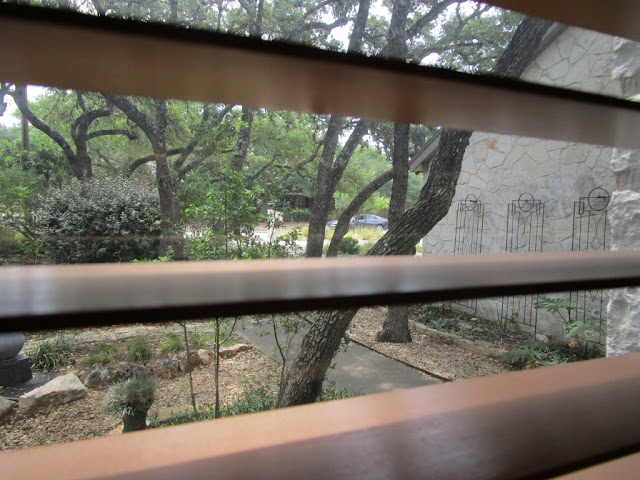 The video is amusing.  Bloggers will recognize this move and I've done it many times.

Often when a car stops out front they're trying to find one of our neighbors.  We live on a confusing curve where the street names change for no apparent reason.  Even more confusing is the other street has the same house numbers except odd-even switches sides from left to right.  "Your destination is on the right", "or left (maybe)."  We've had to run up the street to redirect a few guests who ended up at the wrong house.  Some of my neighbors on the same street even live in a different town which adds to the fun.

This time I'm pretty sure it's the landscape that caught her attention.  I wanted to tell her it does look better than this in spring and fall, but maybe seeing how good it looks on a hot summer day is even more informative.  Just a few Pride of Barbados blooms by the garage because the Salvia greggii along the street has just finished blooming.  This view doesn't change much in the winter as I noted in a post last March. 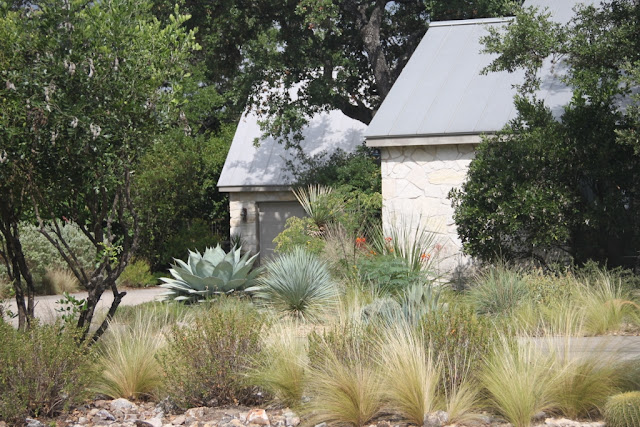 With a significant increase in water bills this year due to a new tiered system designed to target irrigation systems we've seen a renewed interest in cutting back on lawn.  No lawn here.   This area is hot in the summer so most turf grass would brown out anyway.  That doesn't mean an absence of grasses.  Mexican Feather Grass has turned from green to tawny for summer.  It'll need a little grooming in early spring, otherwise it's pretty easy.  I used to pull out extra grass seedlings to maintain the original planting design.  I like the look so much better now with grasses popping up wherever to soften concrete and stone.   We've planted native Muhly grasses:  Pink Muhly, Lindheimer's Muhly, El Toro Muhly, Deer Muhly, and Seep Muhly.  African native Ruby Crystals grass is best along the driveway where even Mexican Feather Grass couldn't stand up to the heat. 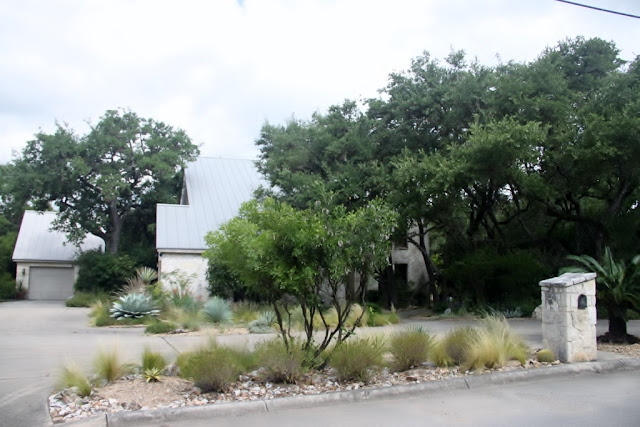 While our neighbors fire up their lawnmowers each week, we cut back the grasses every few years in January and Salvia greggii gets a light haircut after blooming several times a year.  Grasses bloom in the fall, their soft colors adding so much more to the landscape than turf grass.

I very much enjoy knowing our choices are appreciated.  So thanks anonymous drive-by for stopping to snap a few shots of our landscape!
Posted by Shirley Fox at 3:12 PM