This week marks one year of Wildlife Wednesday posts hosted by Tina at "My Gardener Says..." and I've learned so much by trying to identify all the flying, flitting and crawling things I photograph.  I'm joining Tina to celebrate with a survey of some of the wildlife which visited my garden in June.

In an earlier post about Clammy Weed I noted pollinators seemed to ignore it and now several years later this easy care native plant plays host to a Digger Wasp or Blue Wing Wasp. 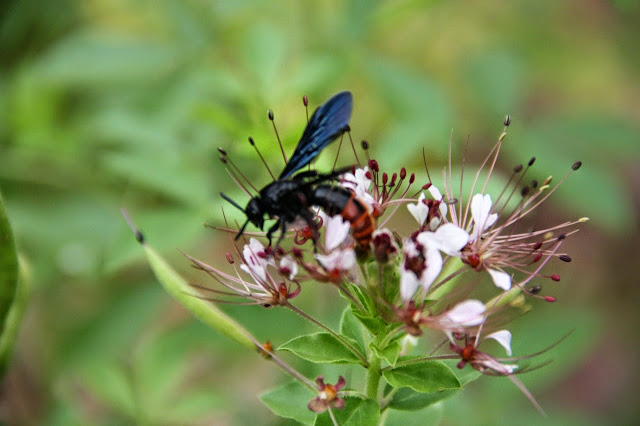 Butterflies have been fewer in number due to cloudy days but they are no less interesting.  Beautiful Black Swallowtail resting on succulents. 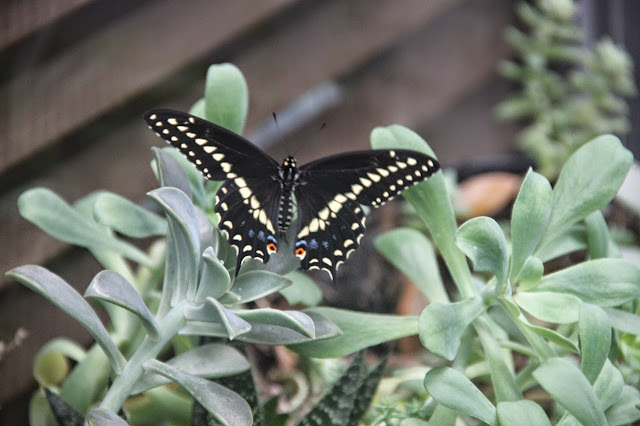 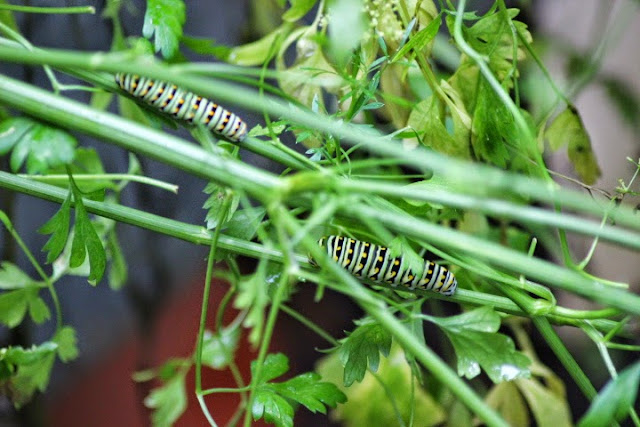 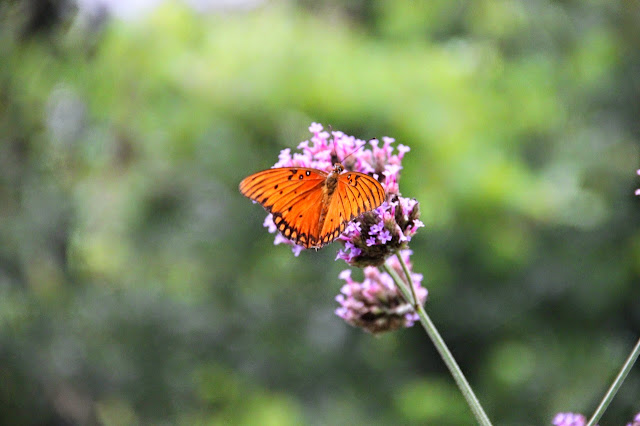 One tattered butterfly with barely visible markings making it unidentifiable. 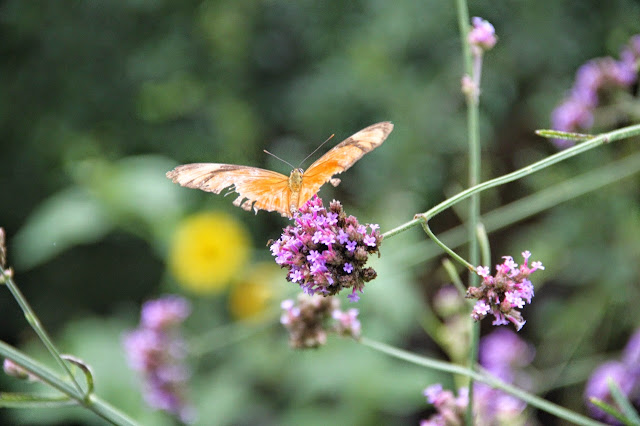 Milkweed for the Monarchs enjoyed by their cousins the Queen butterflies. 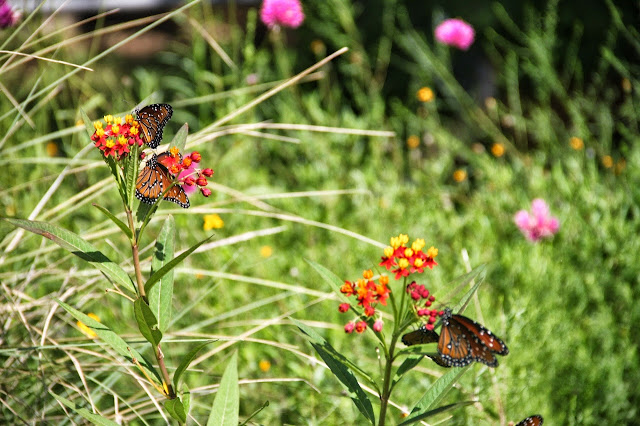 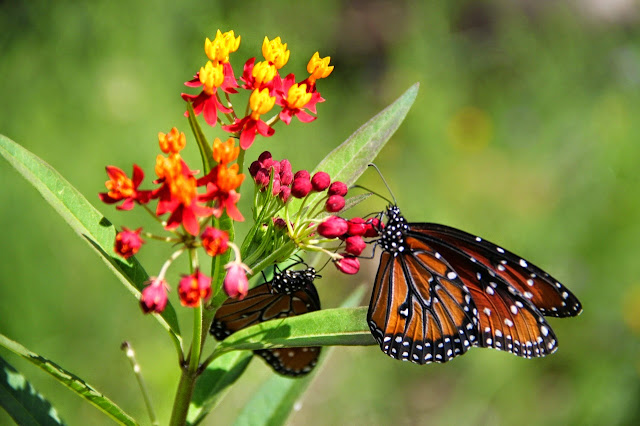 Meanwhile the Monarchs go for Gomphrena 'Fireworks' in the same bed. 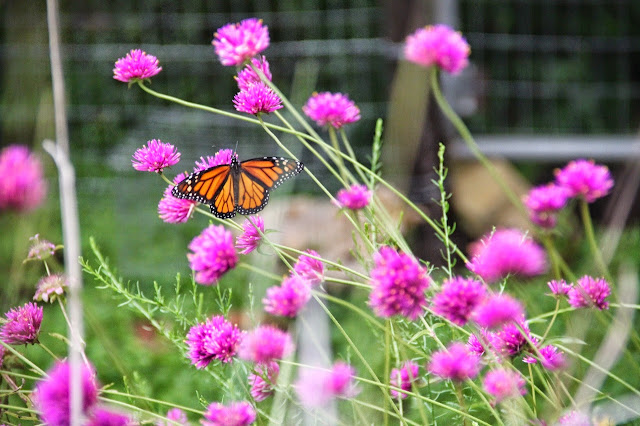 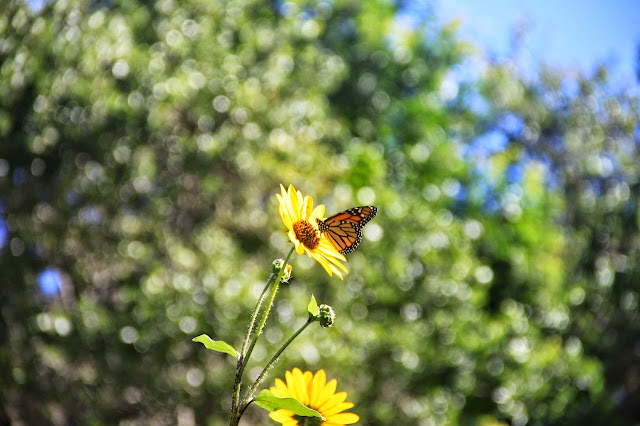 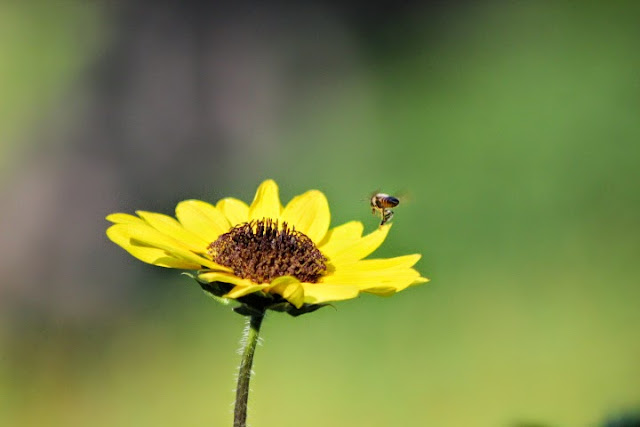 More tiny toads hopping out of my way almost every day in the garden. 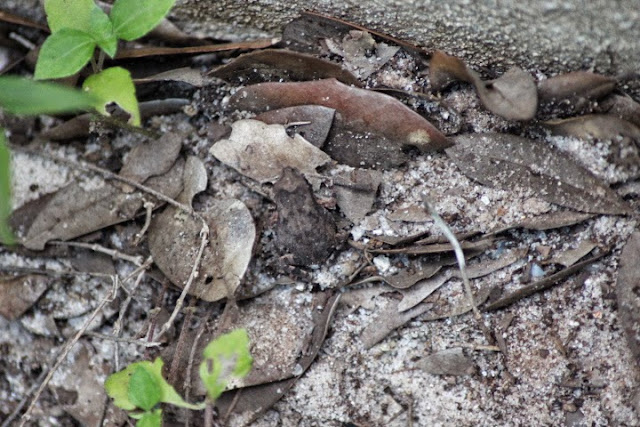 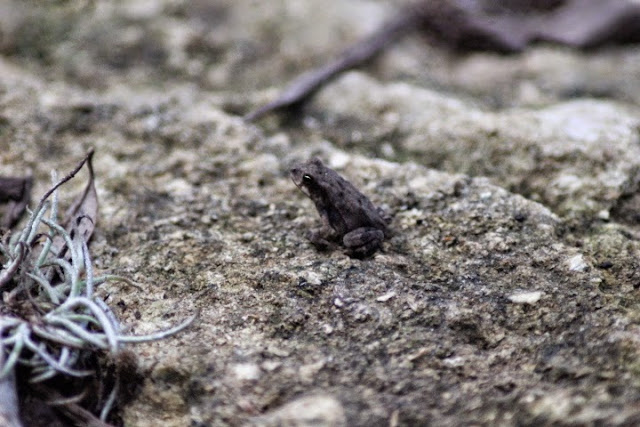 Hummingbird at the Pride of Barbados in bloom. 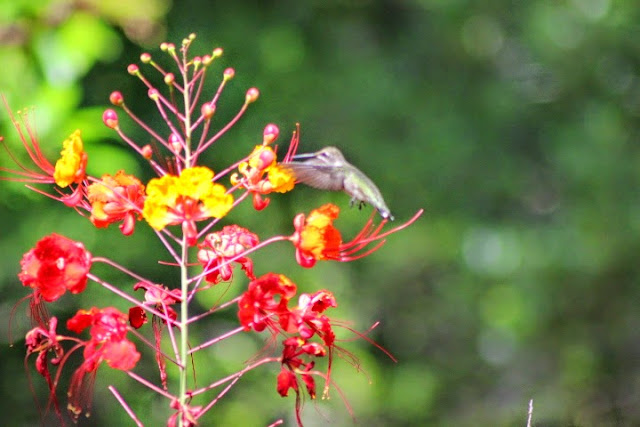 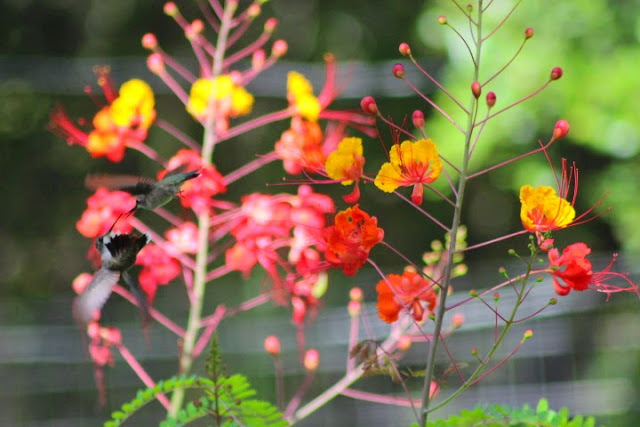 This month's Awesome Motion features a hummingbird working on a nest just outside the kitchen window.  She later abandoned the project in favor of a higher spot.

Almost missed this tiny fawn nestled in among grapefruit seedlings inside the backyard fence. 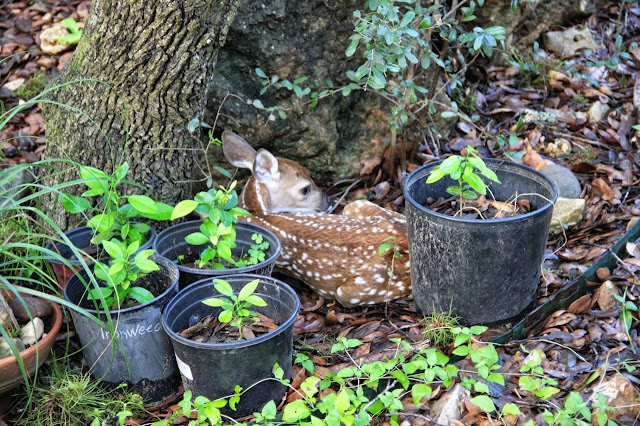 The doe keeps an eye out from the neighbor's yard while trying to figure out how to get past the fence.  They were later reunited and all is well. 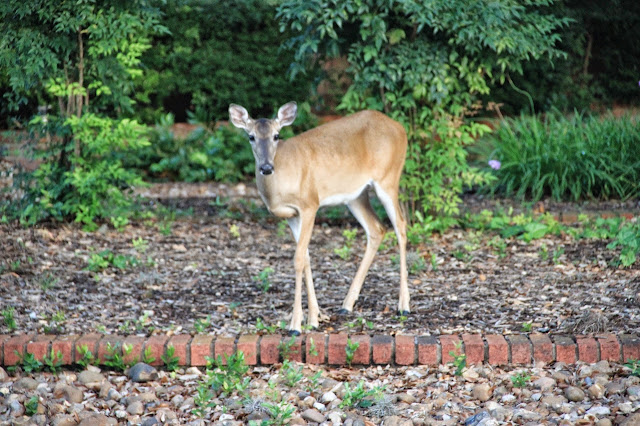 And that's the survey of wildlife in my garden for June.  Head on over to help Tina celebrate one year of Wildlife Wednesday.
Posted by Shirley Fox at 7:53 PM